I’ve been pondering the quiet work of missionaries all over the world. Day in, day out, they serve everyone they meet– weeding gardens, washing dishes, teaching about Christ. Never seeking attention or rewards, they simply fill every hour of the day helping their fellow man.

Last Friday, Stefan reached his eighteen month mark on his mission. He’s been gone so long, so long. And six months is still 21 million heartbeats missing my son, but he sent a photo this week and somehow that makes him seem closer. And I don’t want to wish these months away. It’s Hansie’s last year at home; he’ll have his mission call weeks before we greet Stefan at the airport. 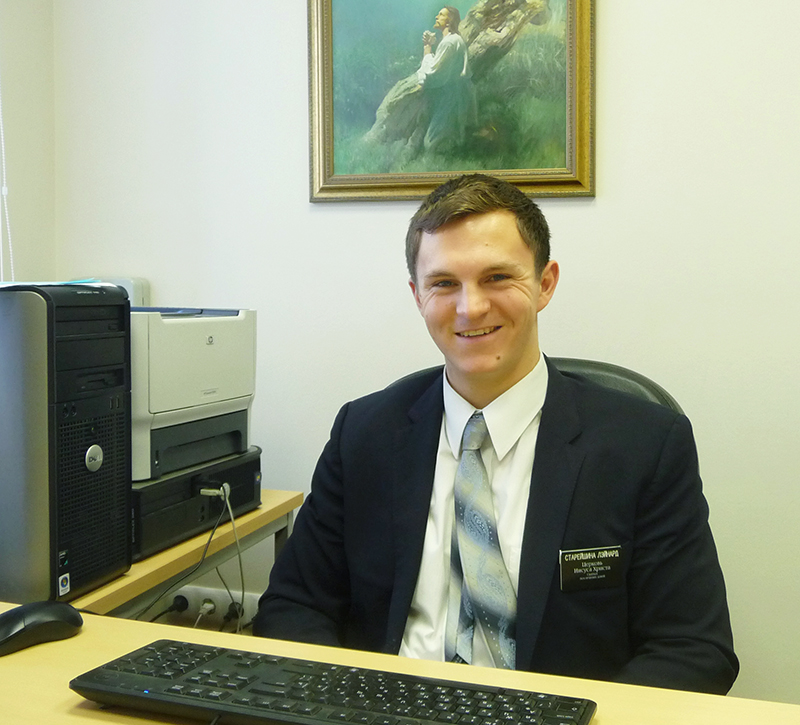 Still. Six months. Three quarters of the way. Only half a year.

As Stefan said last week, “It snowed this morning, and it hit me like a blow. I know that I will leave with the snow. I’ve put my coat on, and I’ll take it off in Utah. That name sounds so foreign to me now.”

“I feel farther away now than ever before. I wish I could just sit with you when you’re hurting. I wish I could just be there. But as much as my soul aches to be there with you, there are so many people here sitting with hands that hang down, knees too weak to stand. I have to sit a little while with them. I can’t leave them yet. And yet, I will leave them. This thought torments me sometimes, but I have to admit it. One day, before these people are ready to stand on their own, I will be wrenched away. I will sit on the bus and pray that the man that replaces me will love these people, that he will see their goodness, their strivings. To be honest, I had a question when I came to conference. I wanted to know where I should live. I considered coming back here where I am so needed. I could study here, nurture the church until it becomes strong, save a few people. But no. I got my answer. I’ll be in America. That was for you mom. That’s more honest than I wanted to be. I thought about it. I just couldn’t bear to leave these people when they still need me. But I was reminded where I am from, where I have been placed.”

“I thought about what I do here. I know all the members. A little girl whose mom we’ve been helping to come to church waved to me like I was her best friend when she walked in. It was a sweet moment. We’ve helped her and her mom read the Book of Mormon, come to church, and invited them to activities. We’ve become friends. And yet I have the awful feeling that I’m about to leave. I saw the pictures of Mary laughing and playing and just thought about how different lives are. Mary has so many people that care for her and want to help her, and this little girl has her mom, maybe a sister in the ward, and the missionaries.

The missionaries. What does that mean? A constant stream of young men and women who love and serve. There’s a young man here who talks about how the missionaries were his friends and how they taught him the gospel as he grew up. It’s not a perfect system, but it’s great that there’s someone there. So every missionary has to love everyone. If not, the chain in someone’s life breaks and they have a really hard time coming back. Really, everyone has the solemn duty to love everyone. I thought of this as how we as missionaries have to give our all in our short time so that the sum of all our efforts is a chain of love and support that guides people until they can stand on their own feet. But really, all through life, we need the same thing. We have to love, even if we are only with someone for a short time. We don’t know what part we play, what role the Lord gives us in someone else’s life. In his talk in conference, Elder Holland quoted Mother Theresa when she said, “What we do is but a drop in the ocean, but if we didn’t do it, the ocean would be one drop less.”

Sunday morning, I was thinking about the quote from Shakespeare in conference about the disguised English King talking to his soldiers about accountability. I thought about how we fight differently in battle based on who we are. The king gives it all he has because he will receive all the consequences. His is the kingdom or the defeat. The knights do likewise. But the peasants fight differently. Their lives are little affected by who sits on the throne. They are most likely coerced to fight, and as such they are more concerned about their own safety than the outcome of the battle. I thought about how we sometimes fight like peasants in this great battle between good and evil. We do what we’re told, but still don’t give it our all. Christ did all, because He is our King. This is His battle. But then, when you think about it, He never said that we were peasants. That is a wicked lie spread by our enemy. Christ offers us all. He accepts no hired hands, only heirs. He is the keeper of the gate, and He employs no hireling there. We, in very fact, are fighting not for a kingdom that Christ alone will inherit as it would be in an earthly battle. He offers us place there. We are all kings fighting for a kingdom. So let us fight like kings.

Ah, I didn’t do it justice. But I walked out of conference feeling like a king. I walked out with ranks of angels clearing our way and the power of God behind us. I walked into conference seeking comfort. During conference, I realized that I needed truth and healing and that comfort would come naturally with that. Then I walked out a king.