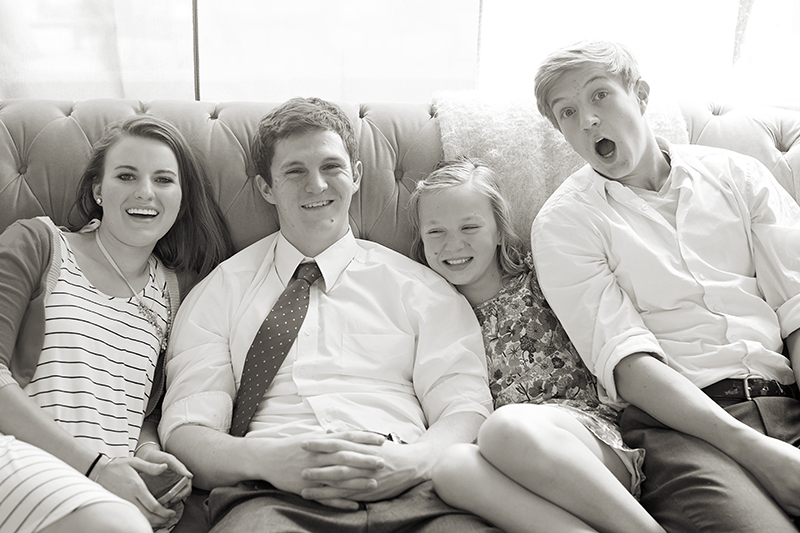 Welcoming a missionary home after two years is often compared to having a baby—and despite the obvious differences, it’s an apt comparison.The anticipation, the sheer joy and jangled nerves and then, the very real need to adjust to a new person in the family.

Pre-missionary nesting is a very real phenomenon. Logically, you know your child won’t care if the pantry is organized or bookshelves dusted—but every mother I know wants to bring their child home to a clean room and freshly made bed.

Since it’s been a busy, busy spring, we tried to restrain ourselves with preparations, but in the last few days I simply couldn’t help myself. On the day Stefan came home (that 90 hour day), I swept and swept the floor until Mary took the broom out of my hands.

Hugging Stefan that night felt like a miracle. It’s hard to explain the feeling of not seeing your child for two years. It’s a constant ache and worry. Your memories become fuzzy and you wonder if your mental image is real or imagined. And then, the minute you see them again the instant recognition kicks in—”Oh, it’s you. What was I worried about? It’s you.”

(Fretting till the last minute remains valid. One of the missionaries who was supposed to come home with Stefan was raced to a Russian hospital at the last minute with a collapsed lung. Seriously. And it was his mom’s birthday. )

Before we even made it to the baggage claim, we all turned to each other saying, “He’s just the same.” And he is really and truly just the same. 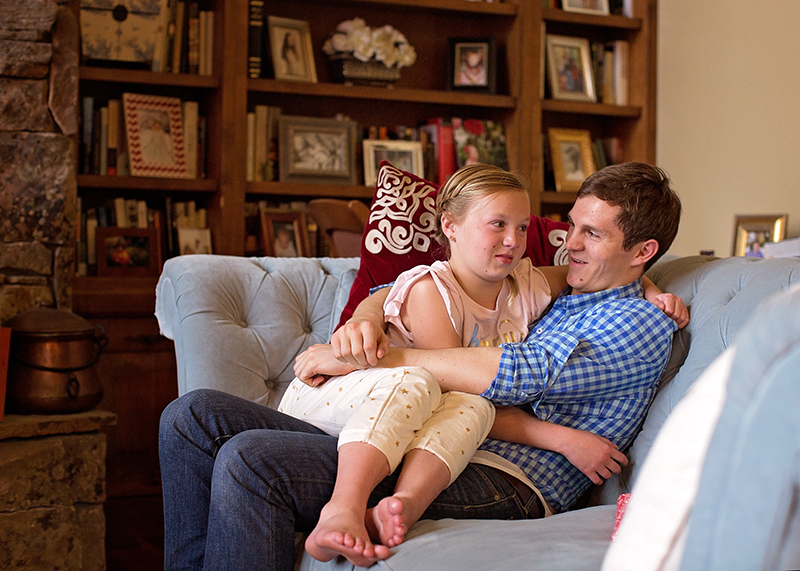 After just a few hours sleep, Stefan got up the very next morning, put on his one pair of jeans and we drove him down to BYU to start classes. Erik, Ben, Mary and I had a great time parading around campus with our fledgling—walking him into classes and through the bookstore. He’ll be riding the train to Provo three days a week until the end of Spring term (June 18th). It was definitely, absolutely foolish to start school that quickly, but he could either start that day or wait until the end of August. 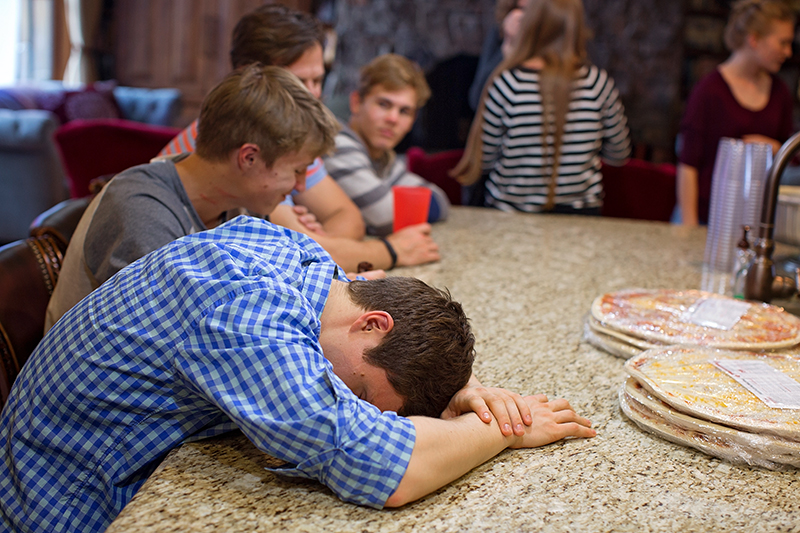 Everyone talks about returned missionaries needing a lot to do, and our very disciplined, determined boy would have gone a bit stir-crazy with weeks of free time. Still. It’s been far too busy. I wouldn’t recommend it. You know those dreams when you are taking a math test and don’t remember how to prove any of the theorems? I think that’s much how Stefan feels in his Physics major after two years without opening a textbook. He’s trying to take time to talk to us, to jump on the trampoline, take walks around the block, but he’s a little overwhelmed right now.

Like a newborn, Stefan came back into the real world with almost no clothes or possessions and so much to learn. We’ve been scrambling to set him up with a phone, laptop and a second pair of jeans. Dealing with passwords and student accounts, train schedules and sold out textbooks challenges even Stefan when he’s dealing with a thirteen hour time difference.

You see what I mean? It’s so much like having a baby. You just want to sit and admire them and get to know them and all the stuff of life consumes much of your time. And like bringing a newborn into the home, the family adjusts to one more member and all the changes in relationships. Two weeks ago, Hansie was the oldest child at home and he’s slipped down the ladder to third. Our established patterns and routines have suddenly come into question. Thankfully, we have enough love to assuage minor disagreements and everyone is willing to rearrange their lives a bit to welcome home the brother and son we’ve missed so much. 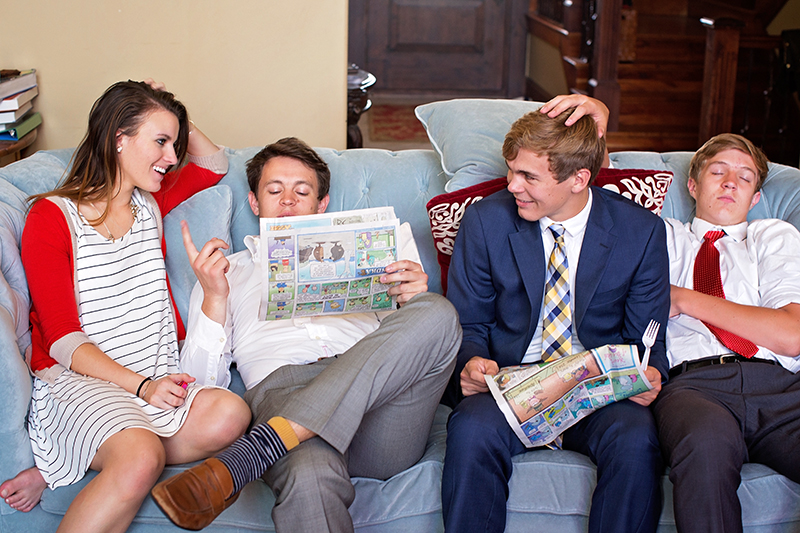 I almost typed ‘missed so desperately’ and I’m sure that sounds like a hyperbole, but it did feel desperate. He was gone for so long, so very, very long and we knew so very little. As Stefan’s stories about Russia emerge, we often gasp with horror and he responds, “I didn’t mean to make it sound bad. I love Russia. It’s just a funny place.”

Hmm, I just reread this from top to bottom and I’m tempted to delete it all and start over. But at the pace we’re running (I tapped this out while sitting at the eye doctor with Hans), how would I find time to rewrite it? And how can I possibly express the joy of gathering everyone under one roof?

We’re going through a lot more food. So much food. Poor Xander grew used to having a stash of cookies and chocolate milk– now we can’t possibly keep enough in the fridge or pantry. We’re staying up too late– sitting in the hallway during that magical hour when witty remarks zing back and forth and we laugh and laugh until tears run down Gabe’s face. As Stefan said, “It used to be that Ben and I dominated these conversations– now everyone has a voice, and a clever one too.” 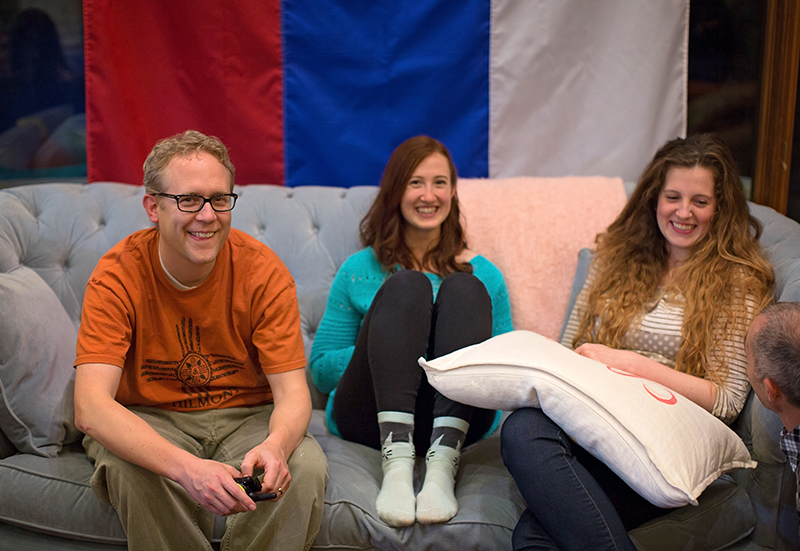 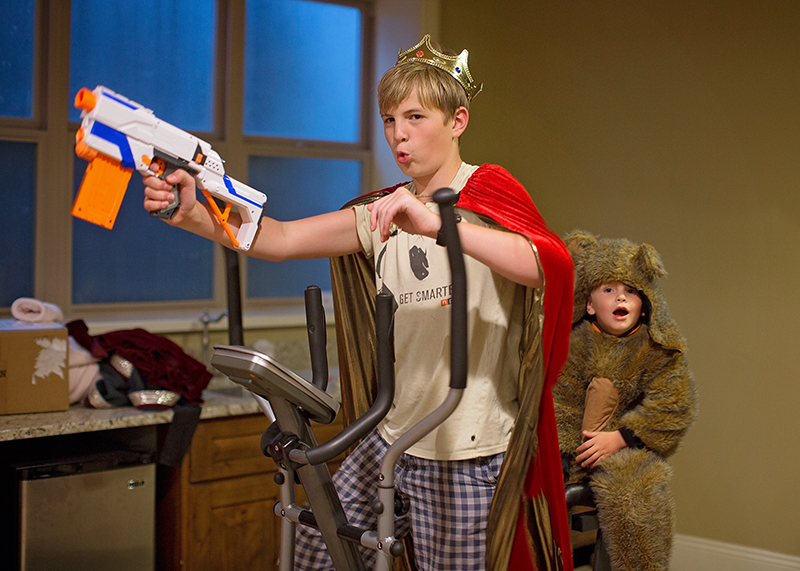 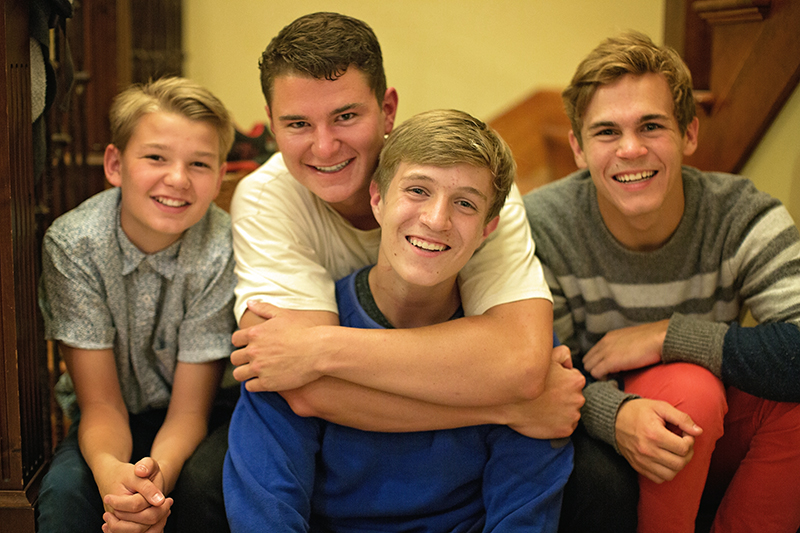 On Mother’s Day, Stefan spoke in church. His words were humble and simple and beautiful as he told stories, shared scriptures and bore his testimony in Russian.  He said, “People keep asking me- ‘what are the people like in Russia?’ And I answer, they’re just like you, except they speak Russian. We all want the same things– to feel loved, to have a purpose and to create a happy family.”

“Often, when I felt like I just given a good lesson or planned a great activity, I was almost ready to pat myself on my back when someone said, “Tell your mom ‘thank you’ from us for sending you here. Tell her ‘thank you’ for preparing you.”

And that, along with having him home, is the best kind of thanks I can imagine. 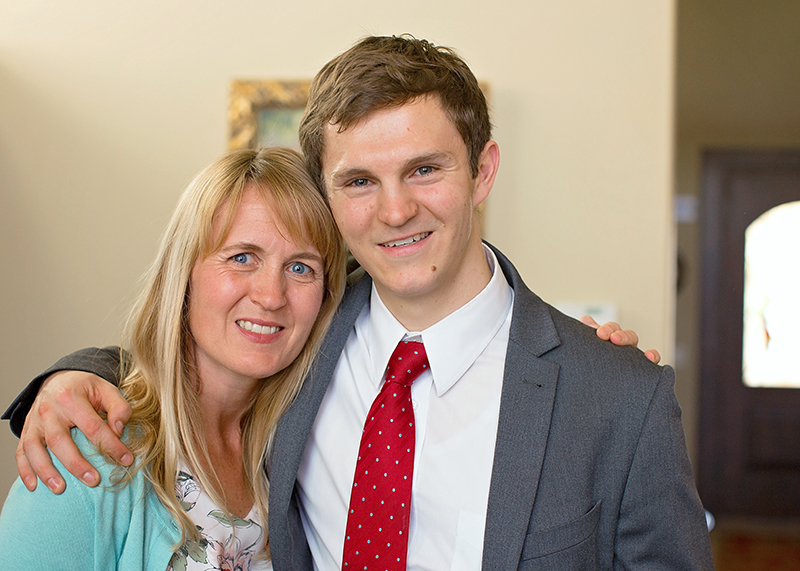 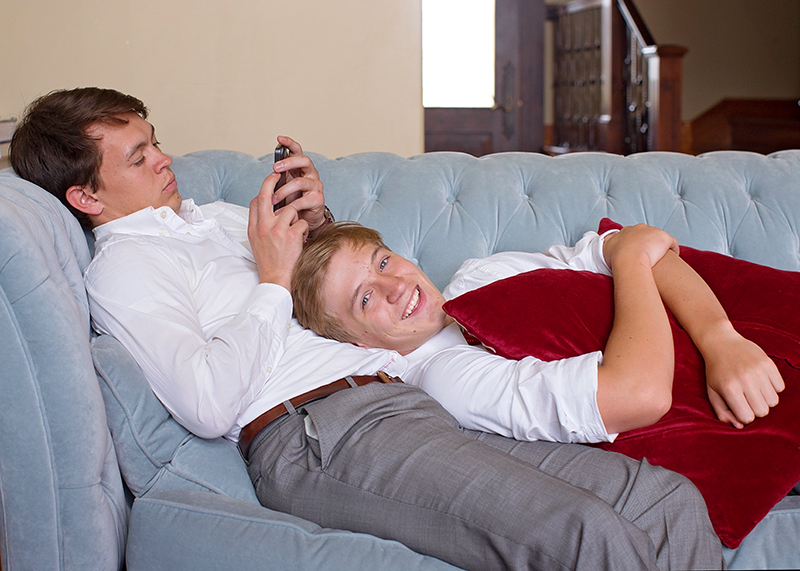 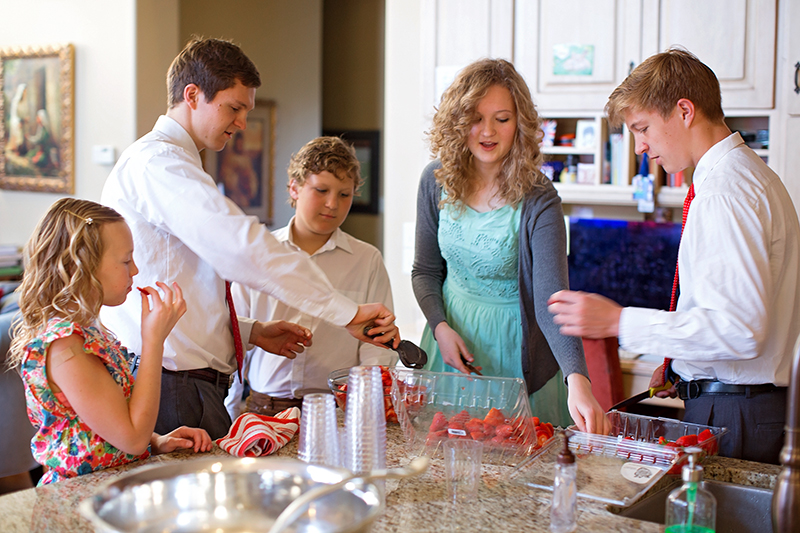 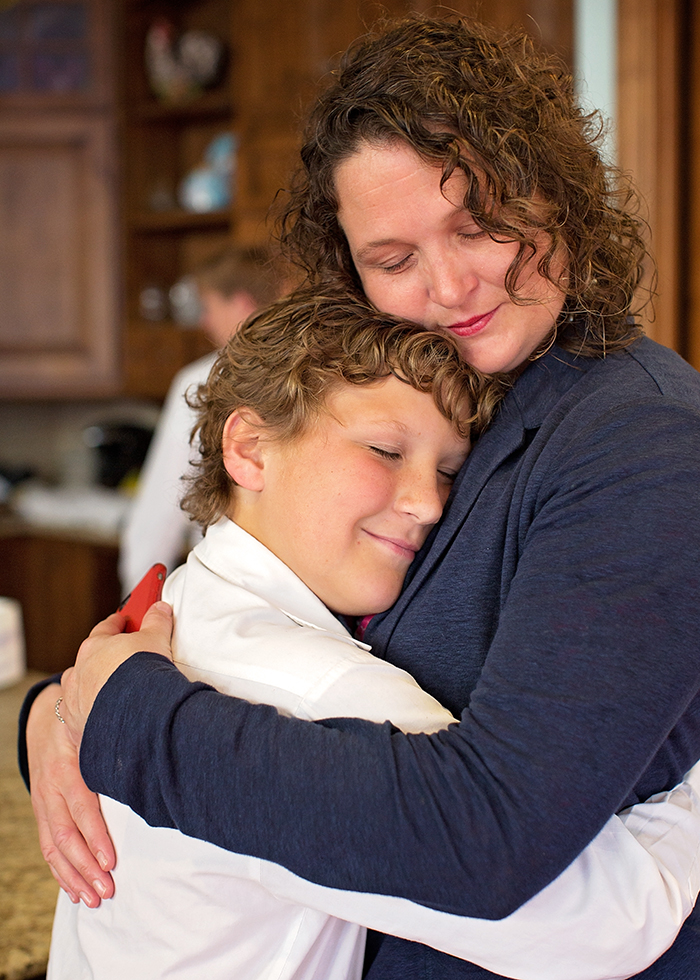 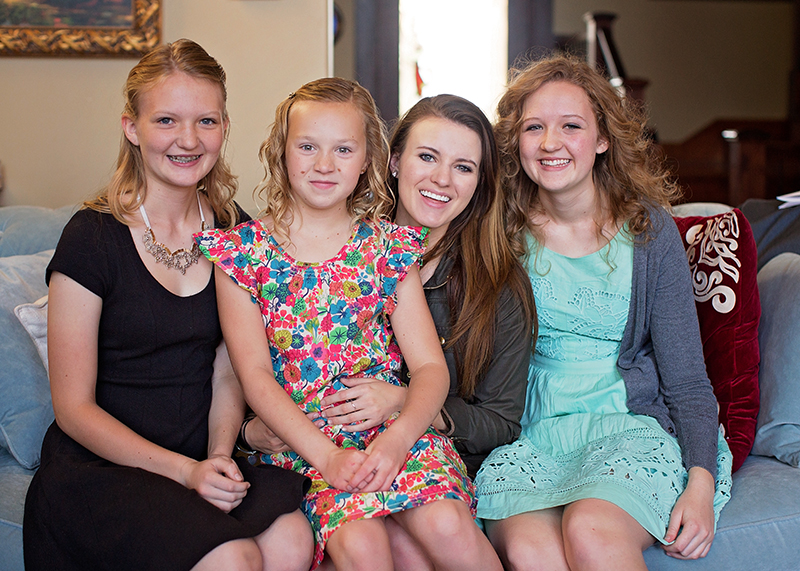 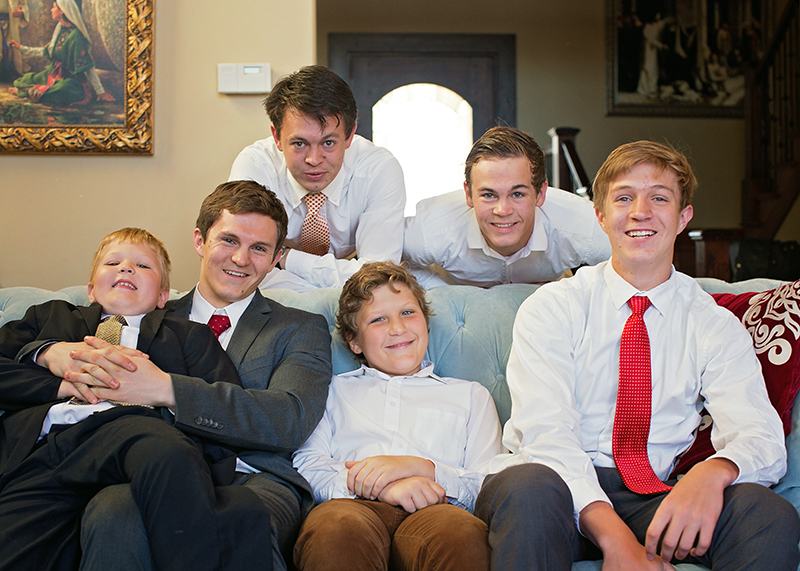 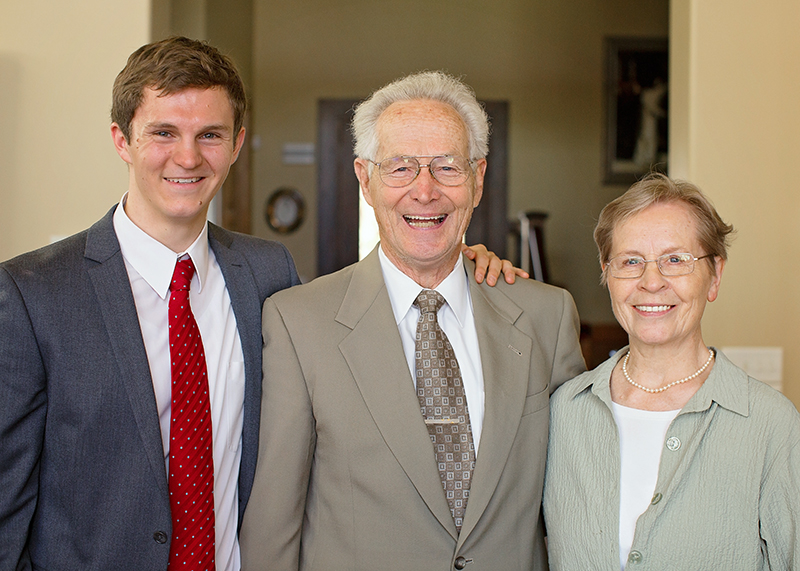 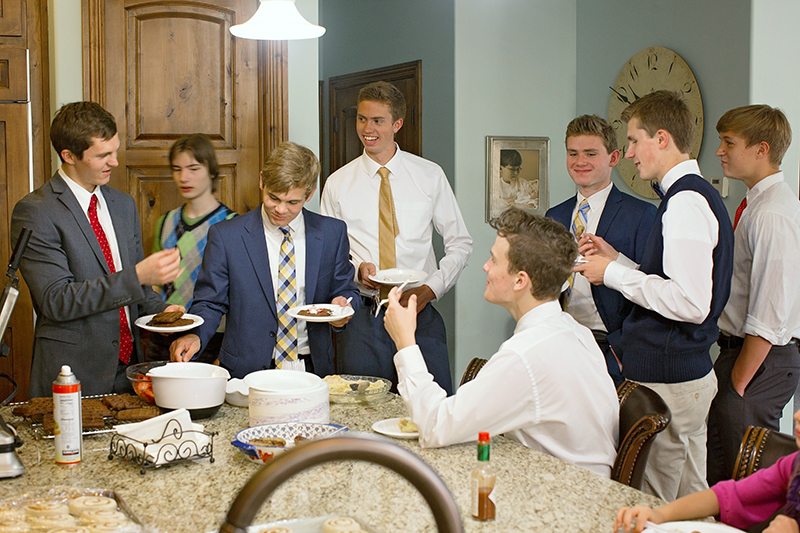 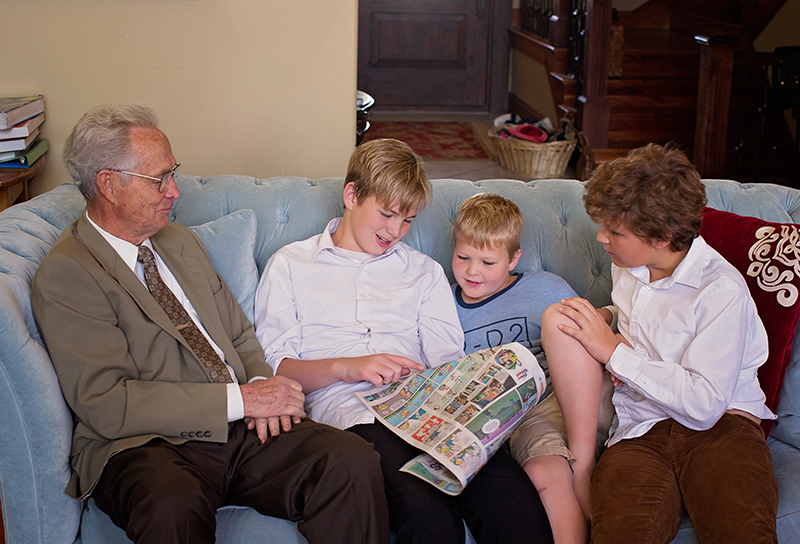 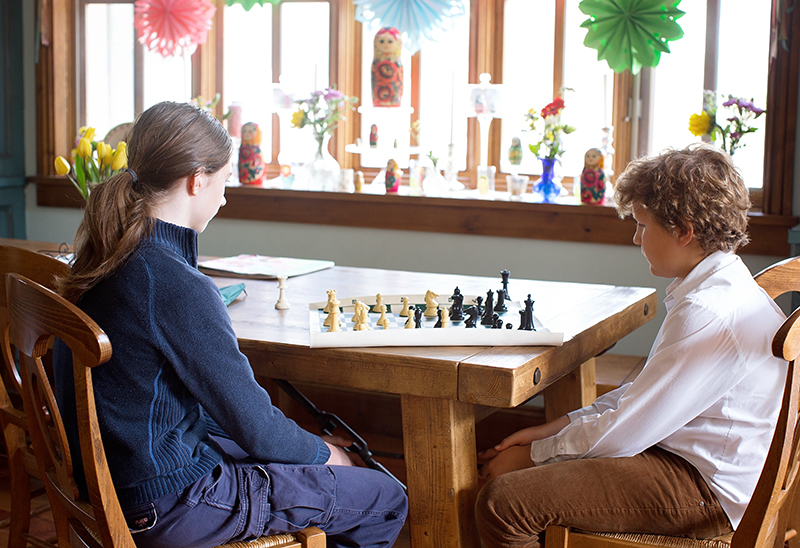 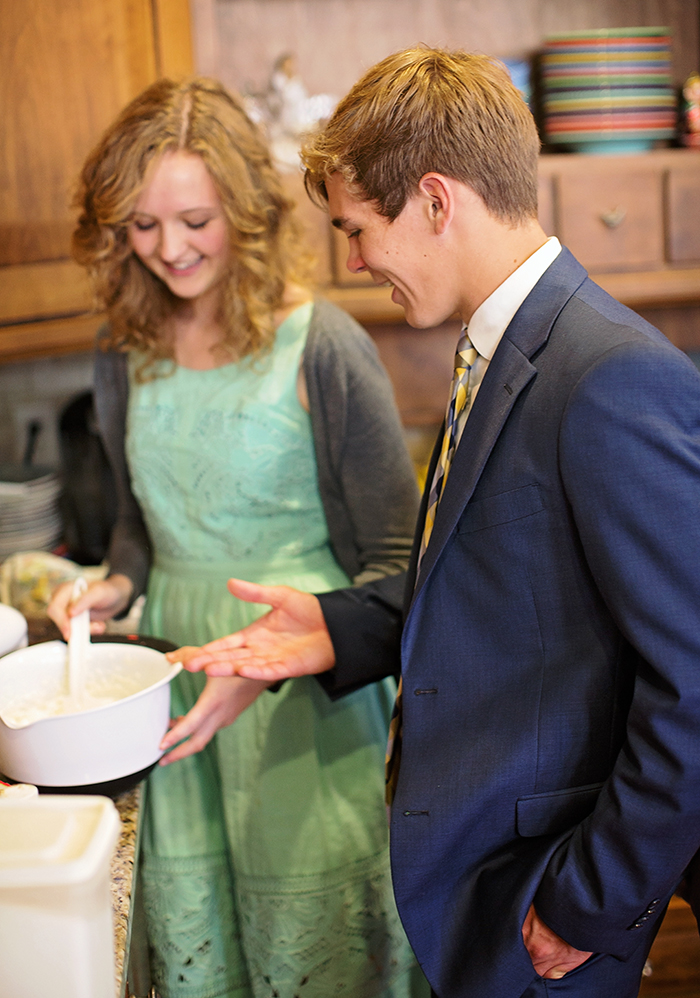