Admittedly, I usually enter the new year feeling exhausted, fighting a cold, buried in dust and dirt and dishes and not exactly brimming with hope. All this talk of resolutions seems overly ambitious at a time of year when we should really just be kind to ourselves, pull on an extra pair of socks and stir up a pot of hot chocolate. And that’s why I love naming the best surprises of the past year.

1 & 2. Sammie and Heather There’s no debate about the best surprises of our year. All parents hope and pray their children will find good people to marry. Not for a single moment do I take it for granted that my boys have found such incredible girls to share their lives with. We love everything about Heather and her family. We love everything about Sammie and her family. And in just eleven days we’ll all celebrate Stefan and Heather’s wedding together. Don’t be surprised if I shed a few happy tears. 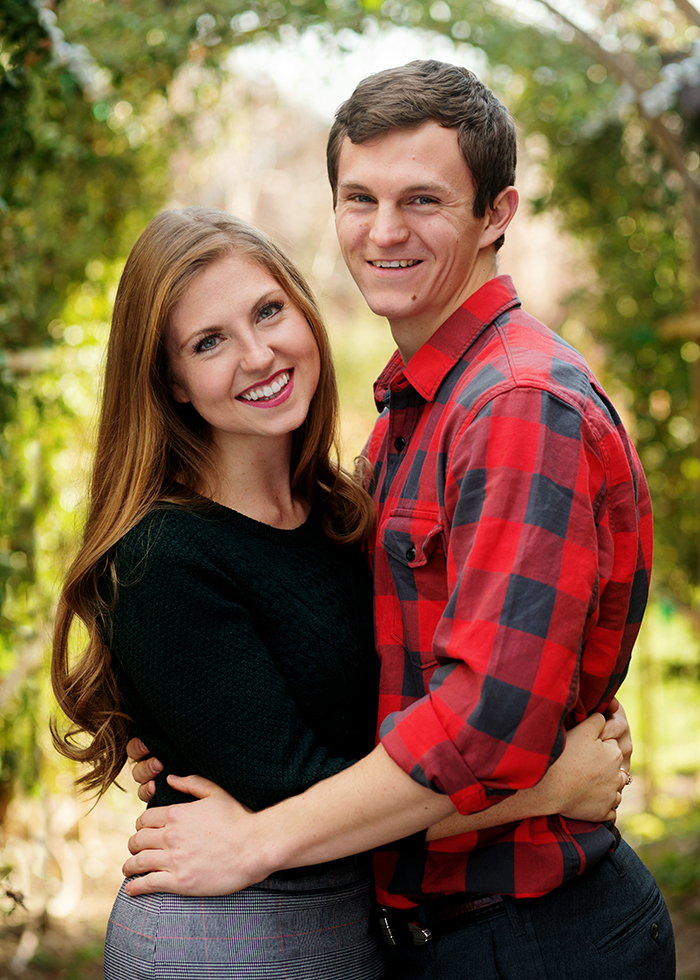 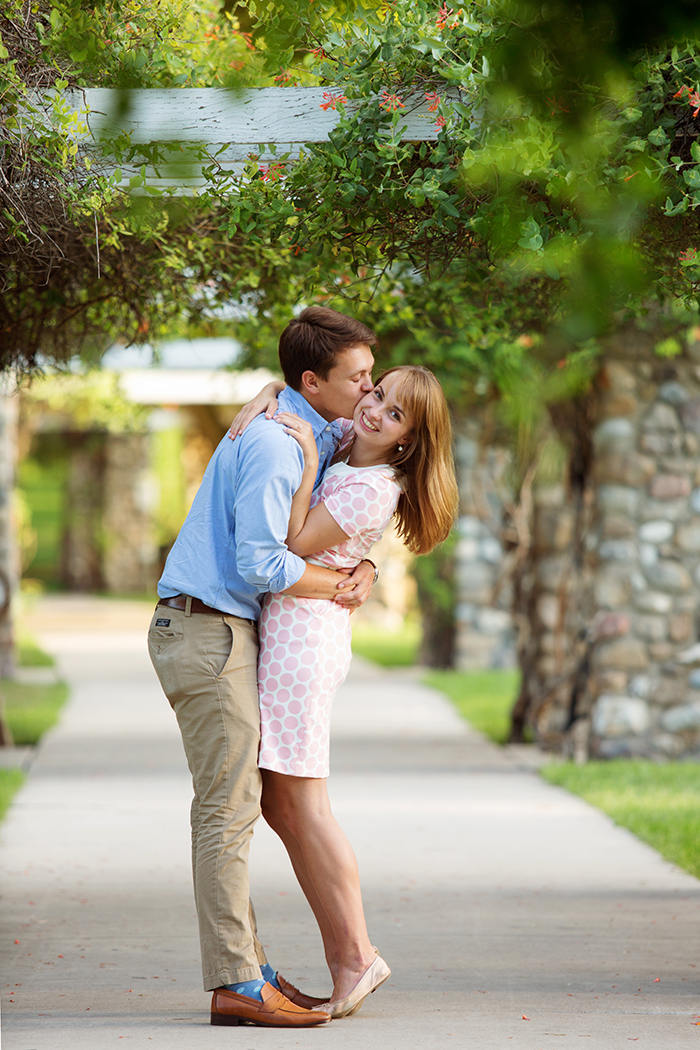 3. Hansie heads to Madagascar. Sure, we made a few guesses about where Hans would serve his mission, but none of us thought of the lovely, wild island off the coast of Africa. These days he’s living on the beach, speaking a unique Malagasy dialect, feeding lemurs and eating lots of rice. Hansie’s mission mom posts a dozen photos a week on Instagram @momfoote. Every few weeks Hans shows up in those photos and that tenuous connection makes his mission so much easier on us. We feel like someone is looking out for him. In other surprising news– Hans actually did graduate from high school. 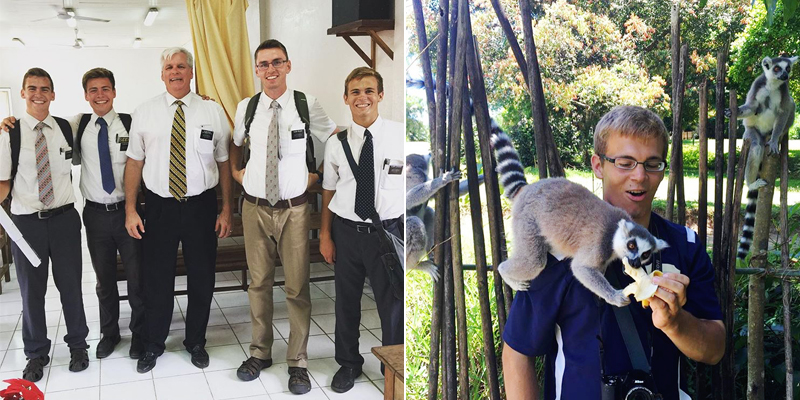 4. Sold the dog; bought a kitty. Kudos to all you dog lovers who walk, train, scoop poop, keep your dog away from chocolate and pay the vet bills, but oh my, we are cat people. Putting out food and water and changing the cat litter once a week (at best) is more our speed. We’re so glad Molly went to a good home, but our orange striped Tesla reigns as the prettiest, sweetest, funniest, easiest pet. 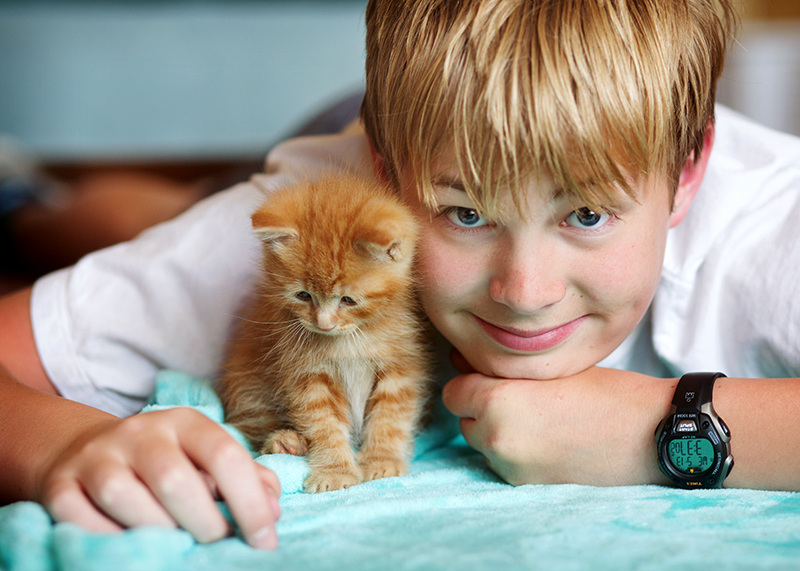 5. Gabe grew and grew and grew. I’ve been predicting for a while now that Gabe would end up as the tallest brother. He surpassed me and Hans before Hans’ mission and just recently outstripped Ben. Xander and Stefan are holding strong… but it won’t last. Eventually, they’ll be looking up to their little brother. 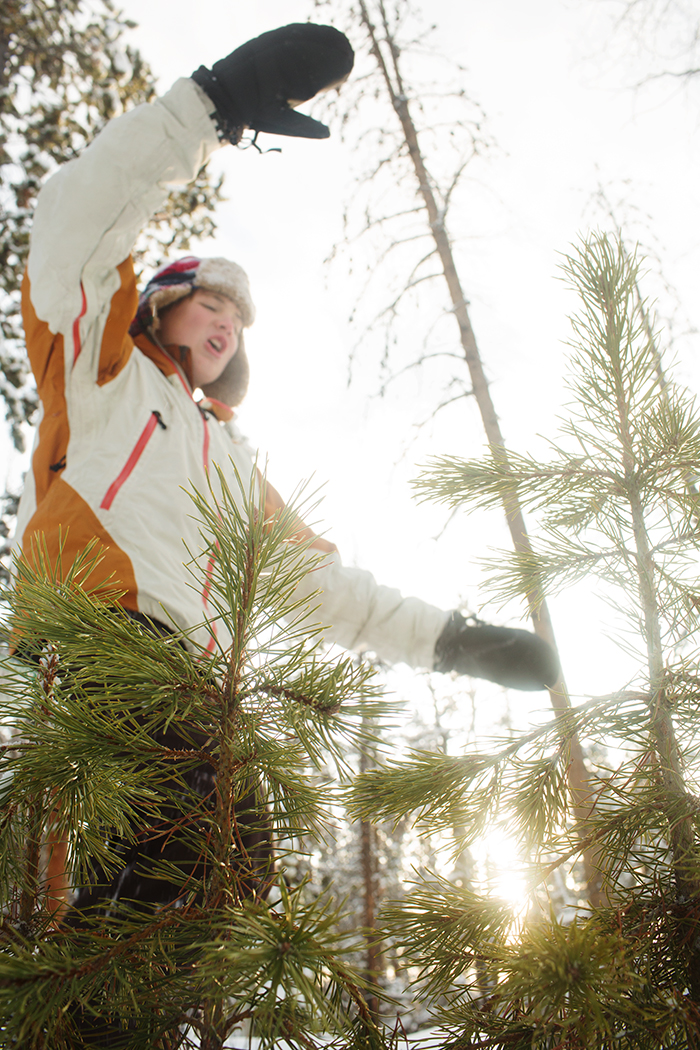 6. Stefan’s still normal after two years in Russia. Maybe that’s something we should have simply assumed, but two years takes a toll on a person. He came home with a sincere affection for lentils and buckwheat, but he still has his sense of humor, amazing storytelling skills, huge muscles and excellent taste in girls.

7. Forty-six hours in Italy. At the dawn of 2015 I never would have guessed I’d fly to Italy for a whirlwind wedding and back home before the jet lag even hit me. Thanks to the Bradford family who extended the opportunity and their extraordinary hospitality. Meeting up with Ben, Stefan and Sammie who’d spent a week in Italy before the wedding was especially sweet.

8. Mary in the Nutcracker. The first time Mary auditioned for Ballet West’s Nutcracker, she didn’t make the cut, but this fall she earned the part of a soldier. Sporting a mustache, rosy cheeks, a blue jacket with gold epaulets, a jaunty helmet and wielding a wooden gun, her brothers pronounced her scene the best part of the ballet. We thought all the rehearsals and performances would make the Christmas season crazy, but instead it was rather magical. 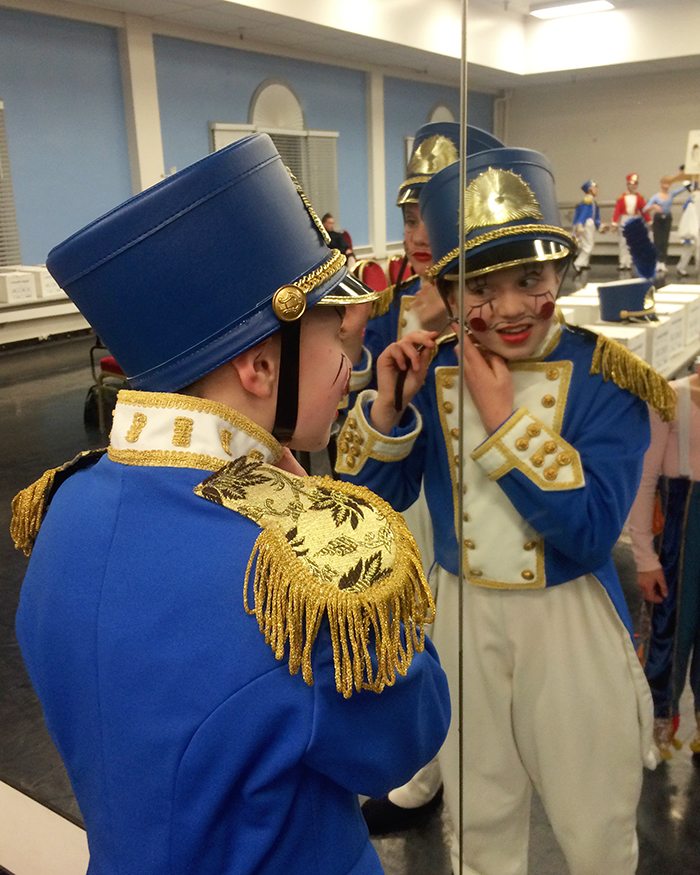 9. Timpanogus with all six kids. Maybe we didn’t pull off a family vacation this year, but all six kids trekked 17 miles and stood on the top of Timpanogus together. Many thanks to the Bradfords who organize the Parker Bradford Memorial Hike every summer and have created this beloved tradition for all of us. 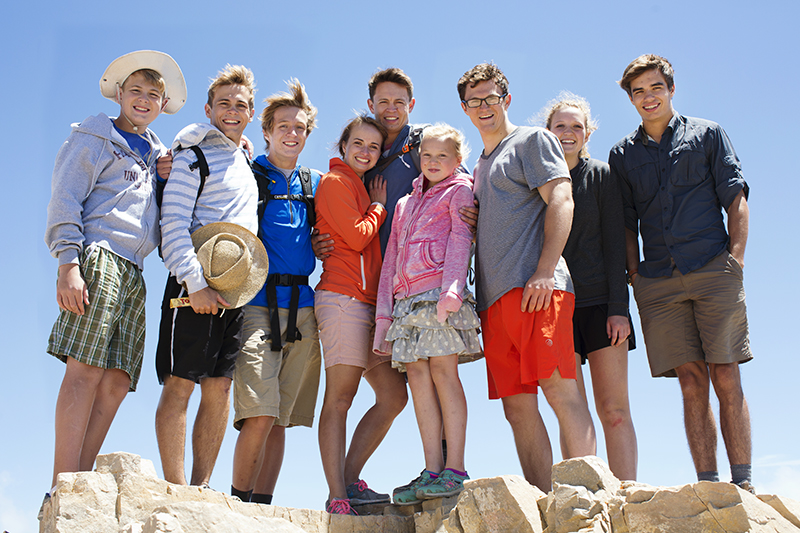 10. Girl’s camp. How much do I love teenage girls? So much. And how much do I love the Young Women’s Program and Personal Progress and all that goes with it? In fact it’s a joke at our house, “Mom tell us how much you love Personal Progress?” just to hear me yammer on and on. Sadly, I haven’t served with the YW for nearly five years, so it was an absolute thrill to plan, prepare and attend girl’s camp this summer. The only blight on the week was poor Mary’s sorrow over my absence. Maybe, by some miracle I’ll get to attend girl’s camp one day with Mary. Pray for me. Please. Remind me that miracles happen.

11. Lizzy, Lizzy, Lizzy. Nearly every month this year, my adorable niece Lizzy spent several days at our house. The first eight months of the year provided a series of lucky visits and her attendance at BYU this fall guaranteed many a weekend sojourn. An absolute delight to have around, Lizzy’s cheerful and helpful, she has her own set of friends in our neighborhood, but she loves just hanging out with our family; she’s happy doing anything or nothing. Her impending mission call (probably around Valentine’s Day) foretells to be one of the great surprises of 2016. We’ll bury our sorrow over her departure by begging Zoey to visit more often. 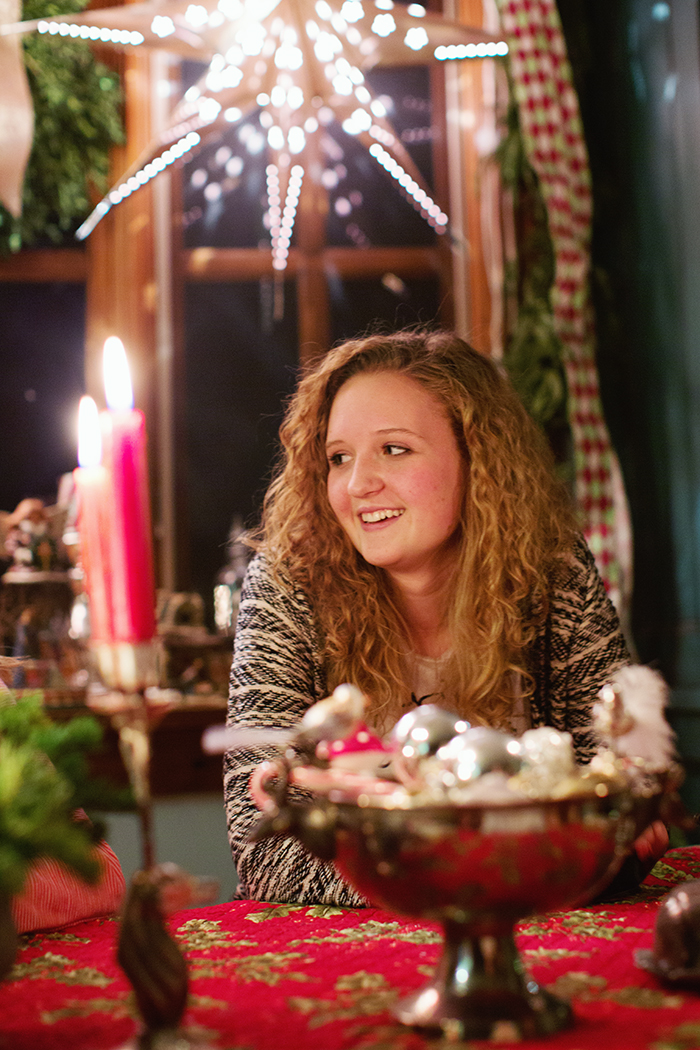 12. Friends, friends, friends. Every year brings new people into our life– and then we wondered how we lived without them. We were lucky enough the meet the Eppels, DiCaros and Ellen Patton in person and visit the Whites in their home. We’re especially proud of becoming friends with Baby Seth Storheim. We take some credit for his entrance into the world since we’ve been telling Ashli for years that she needed another baby. Somewhat sobering, our hearts were knit together with the extended Staples/Dudley families. I wish we’d become friends with Derek’s parents and sisters under happier circumstances; they are the most extraordinary people. 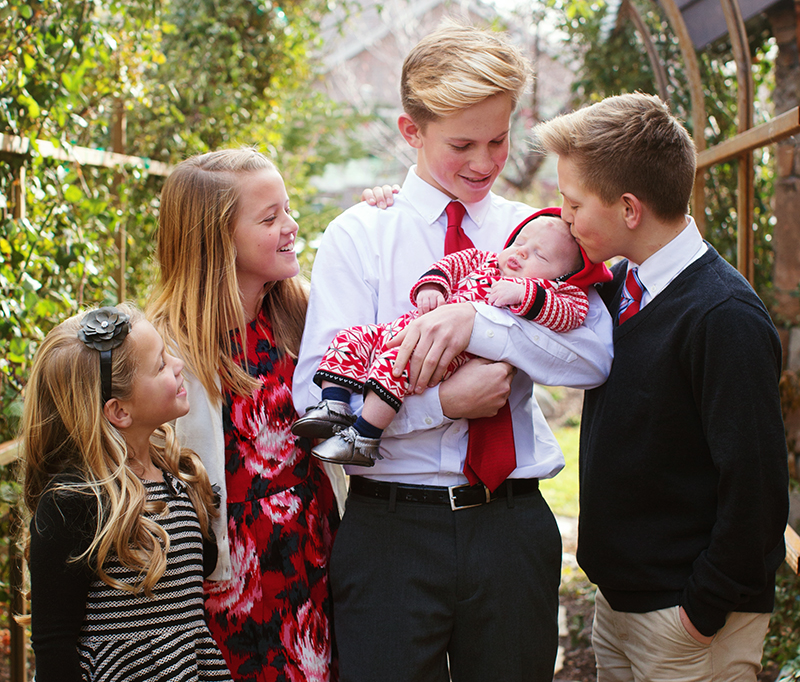 13. Xander fell in love with his viola. I know, I know, you’d think Xander would date up a storm, but he’s a cautious boy. I think I’ve told the story of when Stefan was about to turn 16 and asked me how to avoid heartache. My advice, “The only way to avoid drama– don’t date.” Perhaps Xander took me a little too seriously. Still, I’m glad he’s progressed so much with music and I predict he’ll have experience drama of his own in 2016. 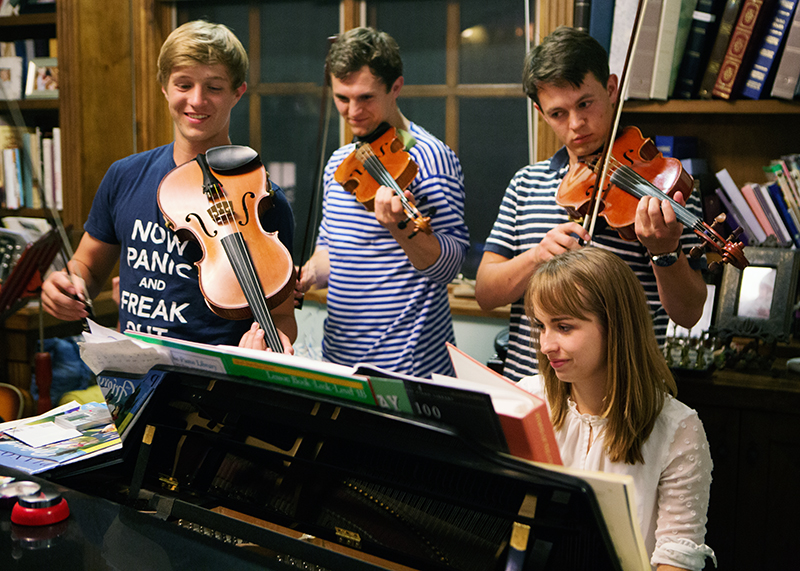 14. Hamilton. I don’t think anyone at our house could have predicted we’d become obsessed with a rap/hip hop/musical based on the life of Alexander Hamilton. Thanks to Genius.com and the 832 pg biography Alexander Hamilton by Ron Chernow  (which inspired the musical) not only do we know the historical significance behind every song, we can also mute the soundtrack whenever swear words pop up and rap just as fast as the Broadway performers. If you’re not obsessed yet, you will be. Let’s all fly to New York together and see the musical. Oh wait, it’s sold out until October 2016. 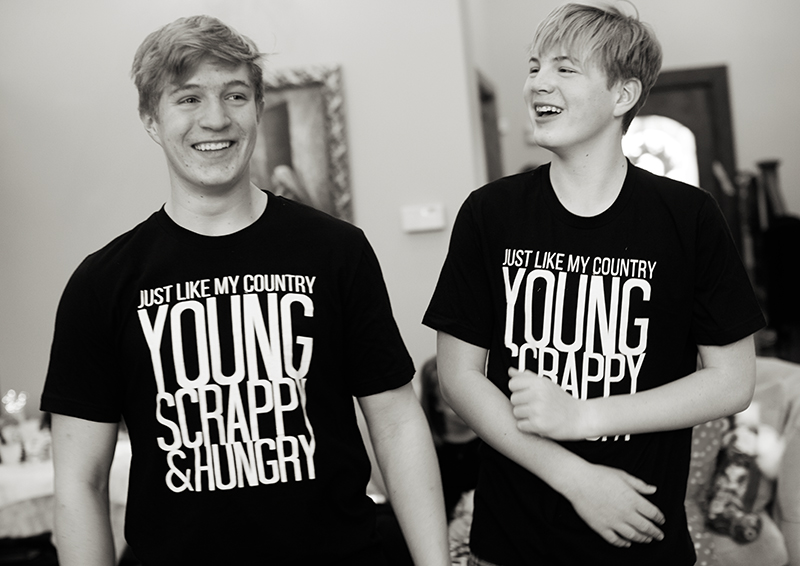 15. How to Ruin Your Relationship With Your Teenager. After a complete drought in 2014, I actually  published quite a lot last year in Deseret News, Mormon Times, the Friend, Power of Moms, Segullah and the Mid (now hosted on ScaryMommy). I’m proud of almost all those articles, but one little list about teenagers took off– garnering more than a million hits. Just to put that in perspective, my second most popular article maxed out at about 22,000 reads. Don’t be thinking I’ve hit the big time. I think I earned about $200 total this year and no one’s pounding down my door with offers of a column or a book deal. Still, I think I’ll write more about teenagers this year. I’d love to hear your stories and ideas. 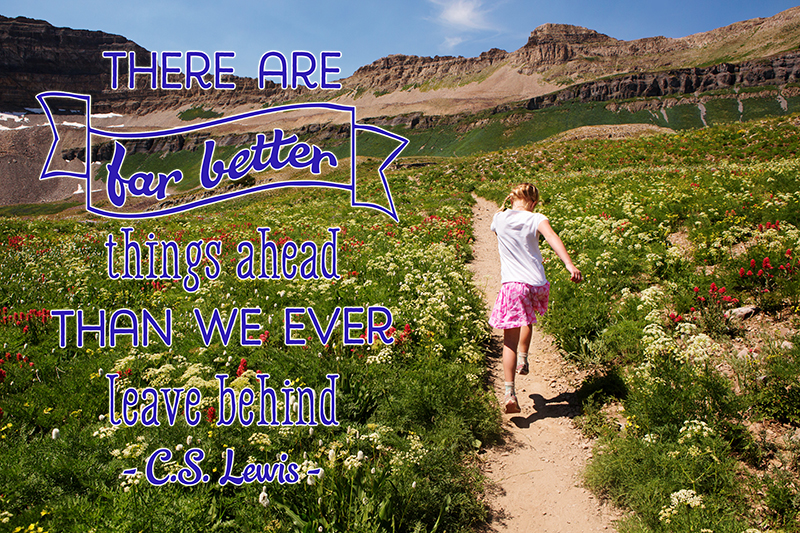