Last week I giggled in a tent at girls camp, Hans and Xander created havoc at scout camp and Erik flew off to Texas on a business trip. All of which left Stefan at home in charge of Gabriel and Mary.

Arriving home on Saturday, I left the tents and dutch ovens and sleeping bags in the driveway while I sat on the couch as listened to their week’s adventures. Mary perched on Stefan’s lap while I asked her about her days with Stefan.

“We played ring around the rosie a hundred times a day!” she boasted, “But (wrinkling her little nose) he did make me practice and do chores and math worksheets. And on Friday we went on a picnic!”

“A picnic?” I was impressed.

“Yes, to Sugarhouse Park. With Sarah! And he made sandwiches and we fed ducks and walked by the river.” 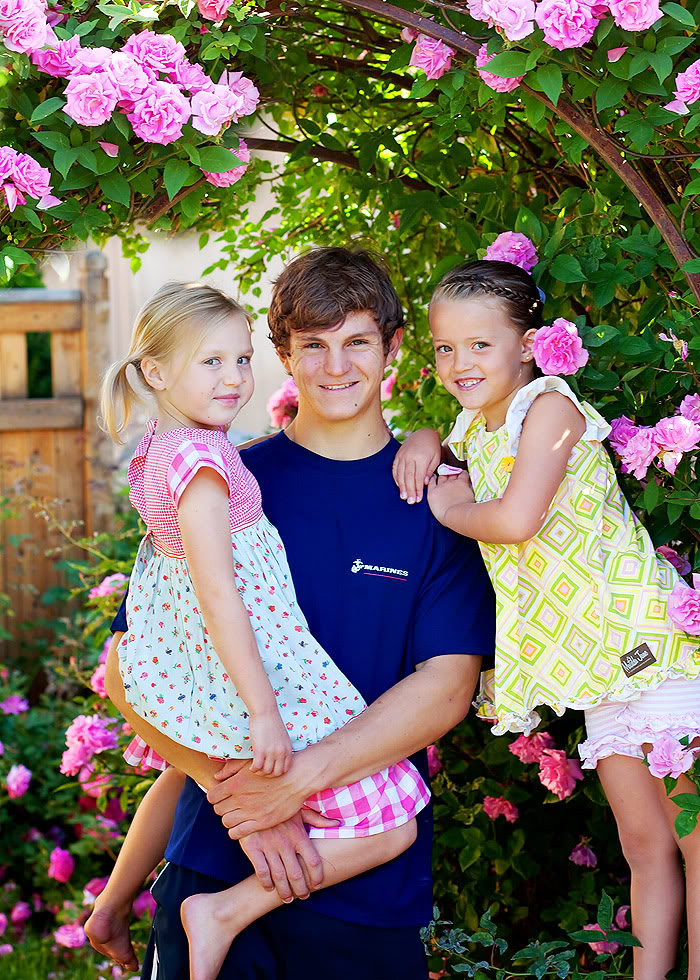 And I can’t decide which makes me more proud: the picnic in the park or Stefan’s newly arrived ACT score. Thirty-six. 36. A perfect score. His first time taking the test. The score of less than one tenth of one percent of all test takers. Only one student in Utah scored 36 on his first attempt in 2010.

p.s. And if you think I’m proud, watch out for Ben. He’ll be spreading the word to the entire Italian mission.

p.p.s. Stefan would like you to know that he opened the cereal box from the bottom this morning– so he’s not really all that.

scenes from the 4th