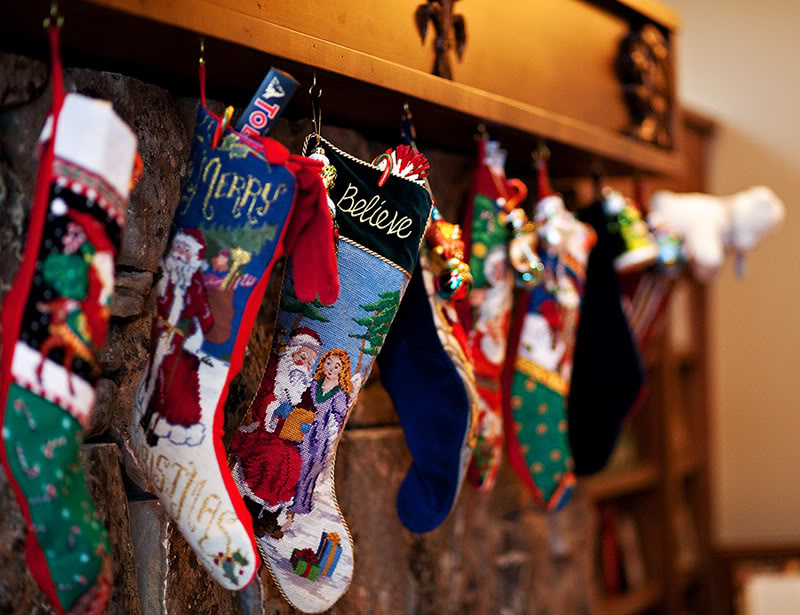 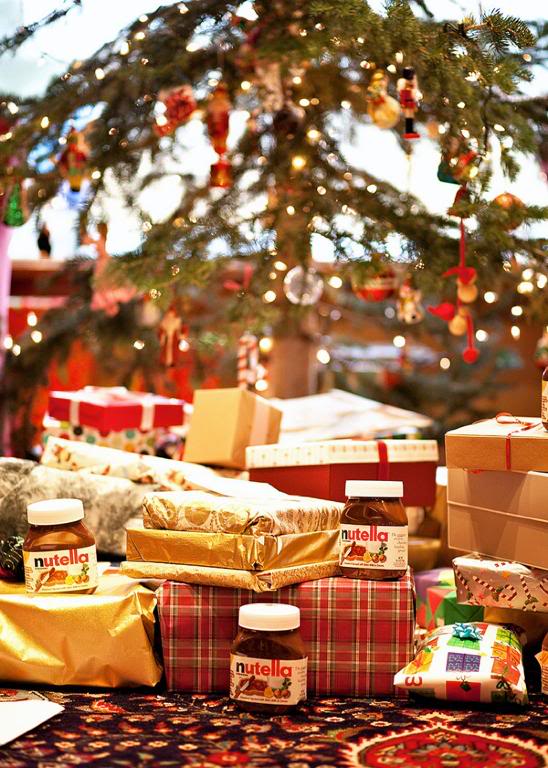 I never think I buy too many presents, but multiplied by 8 people– it’s a pile. 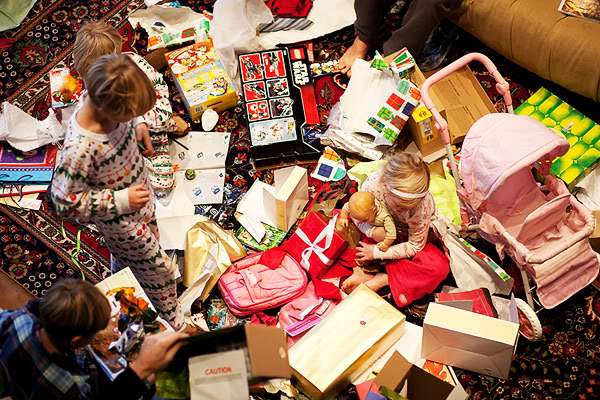 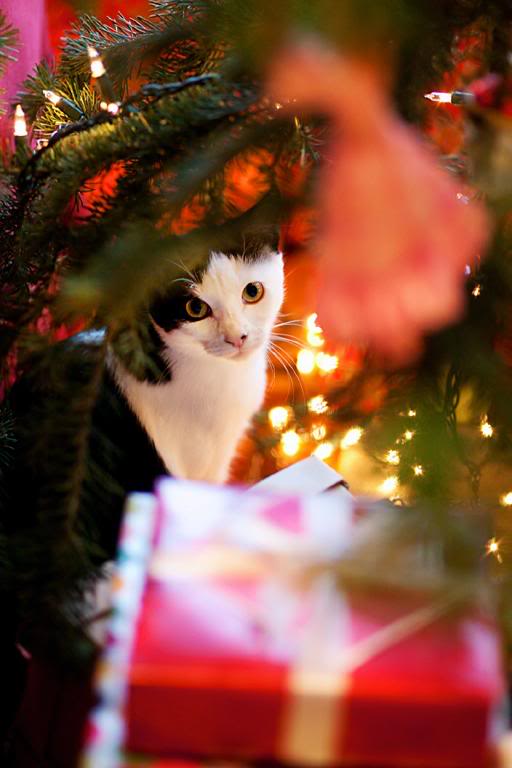 Lucy finds a safe spot to survey the action. 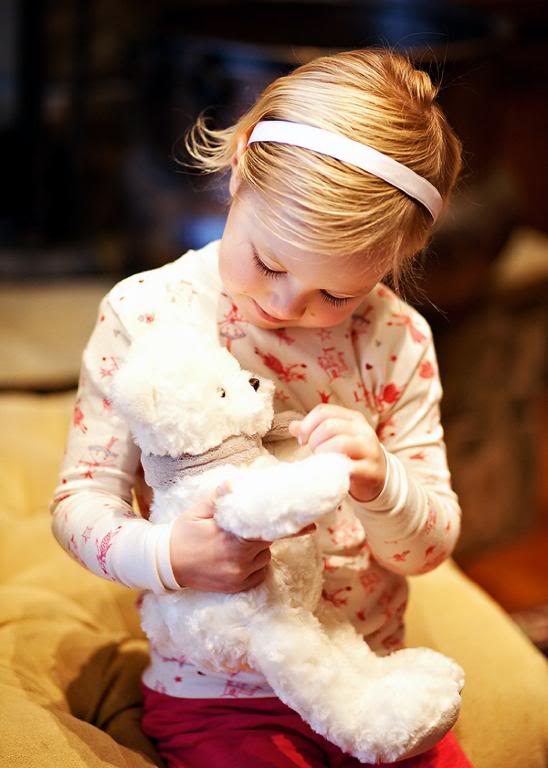 Mary and her teddy. 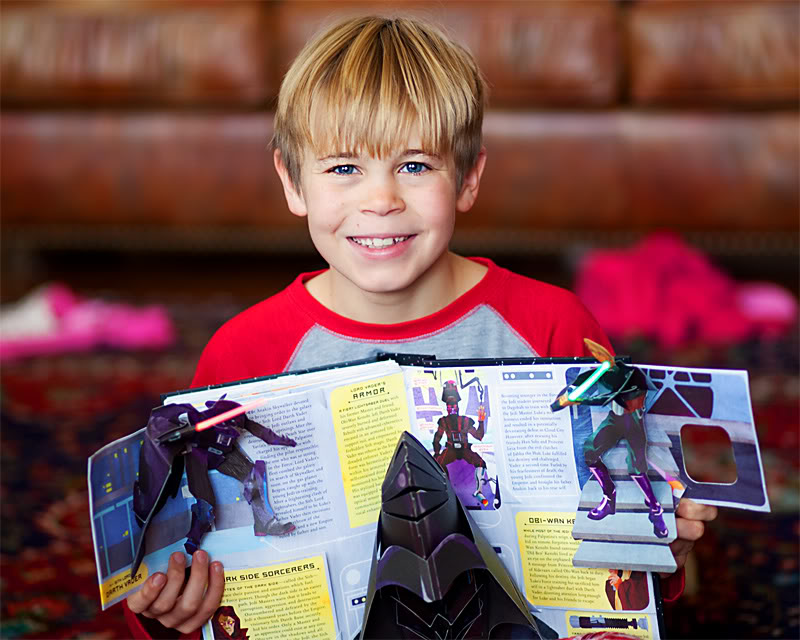 pop-up Star Wars– a must-have for all Jedis 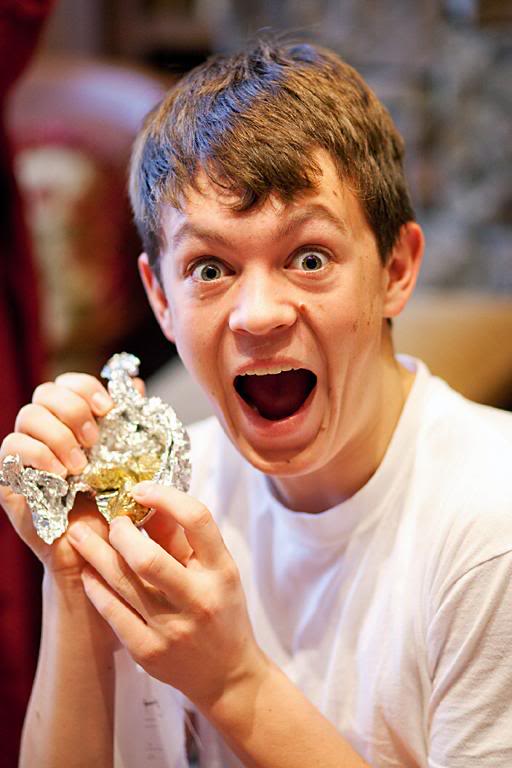 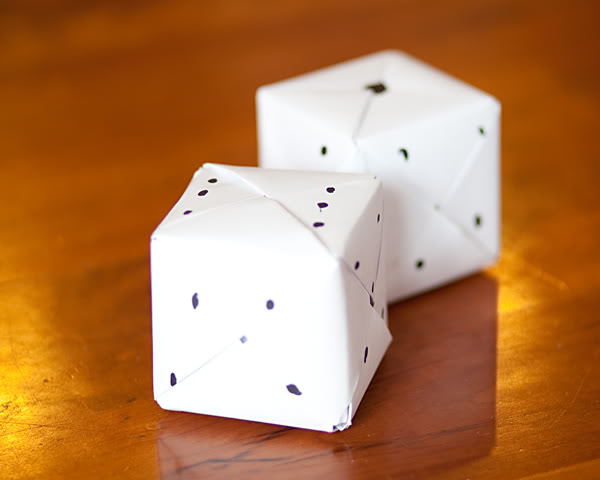 Xander made loaded dice for his brothers– 7s every time! 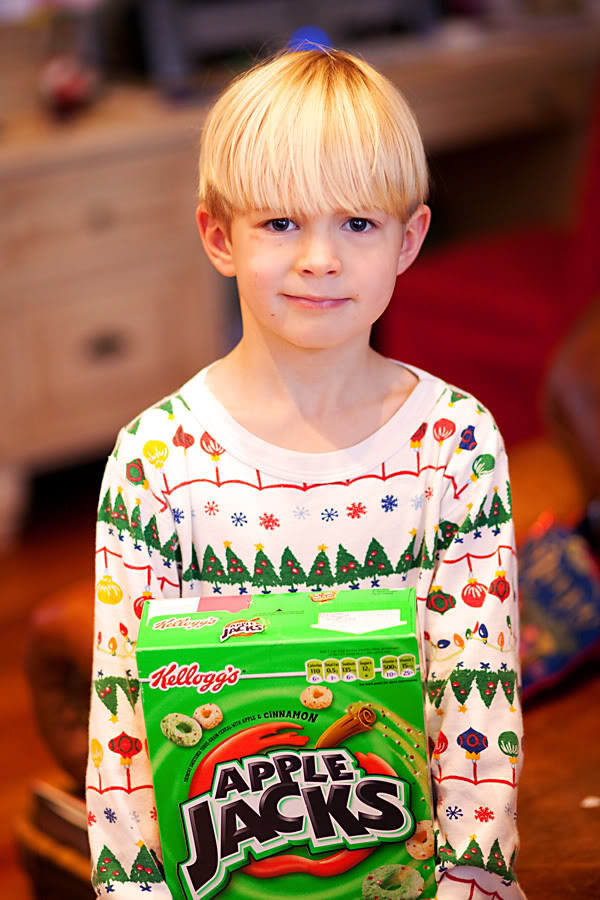 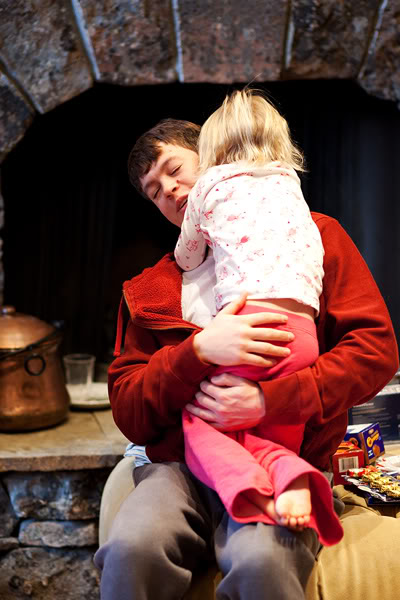 but Mary is grateful.

Clearly the favorite child– Xander scored an ipod. He immediate dubbed it “my precious.” 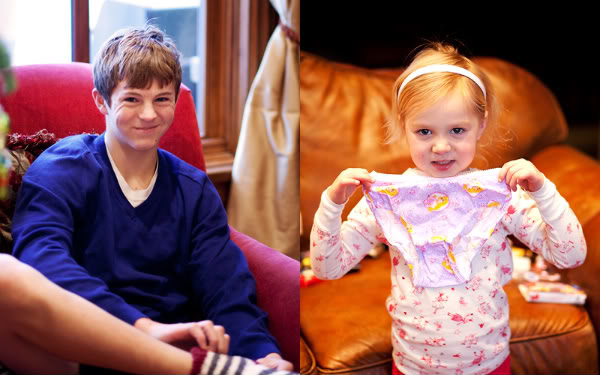 Excitement over socks and underwear. 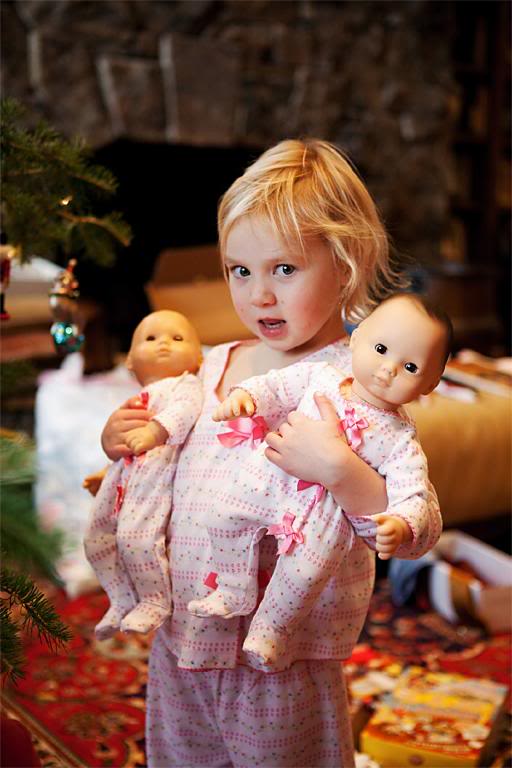 Mary asked for a sister for her dolly.
She mothered her babies with such heartbreaking sweetness that I could hardly speak. 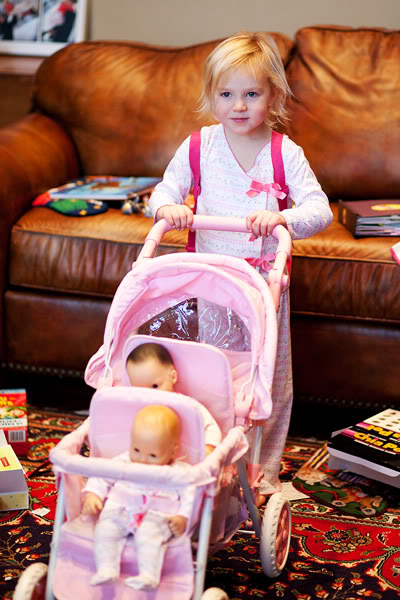 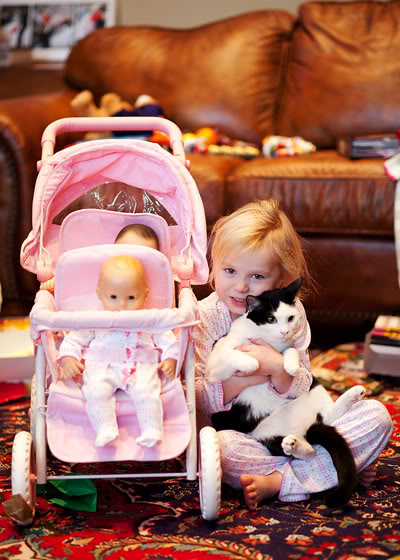 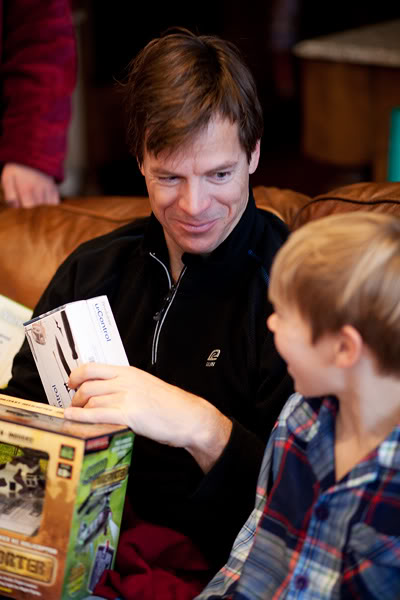 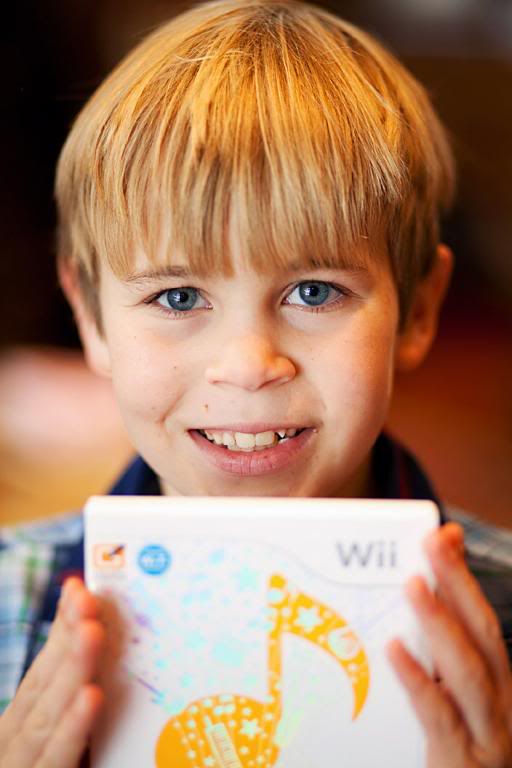 Wii Music was Hansie’s big gift– Stefan renamed it “Chamber Music Hero” and they spent half the day rocking out in the basement. 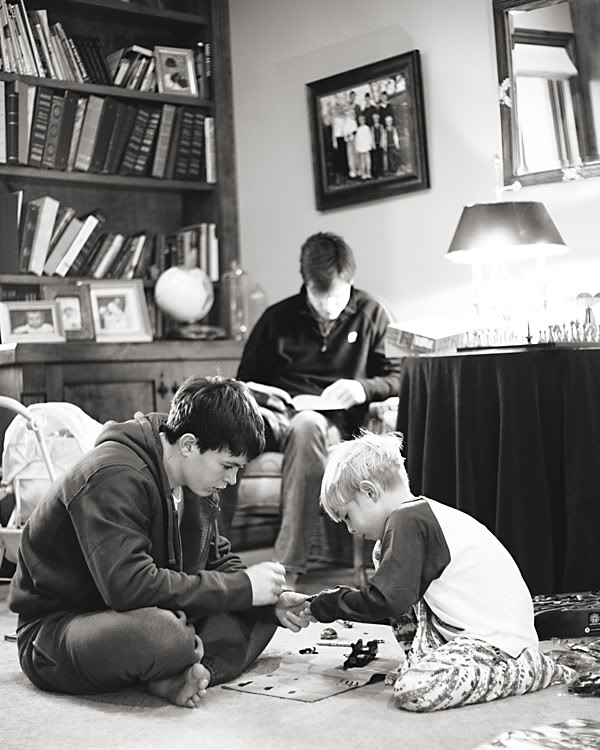 Big brothers are very useful when you have a new Lego set. 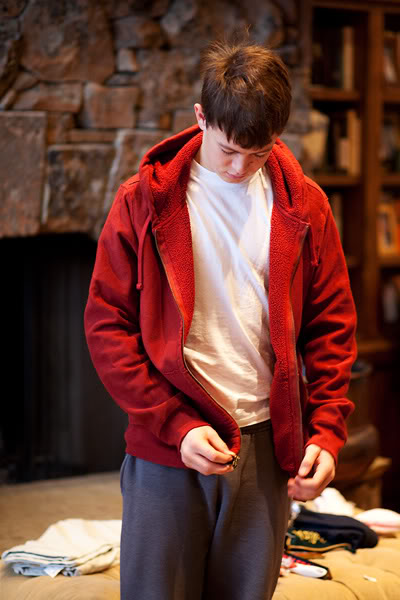 Ben was thrilled with his new sweatshirt–
he’d visited it several times in my closet just to “make sure” it fit. 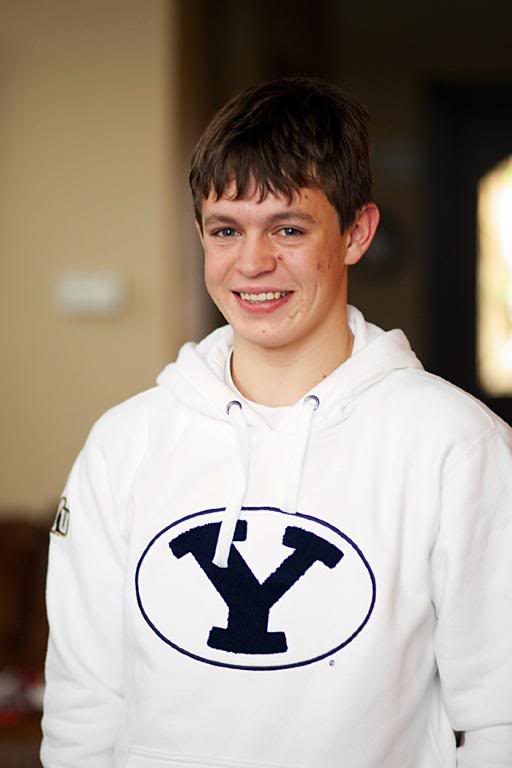 My fab gift was immmediately overshadowed by another sweatshirt from a much younger and cuter girl. 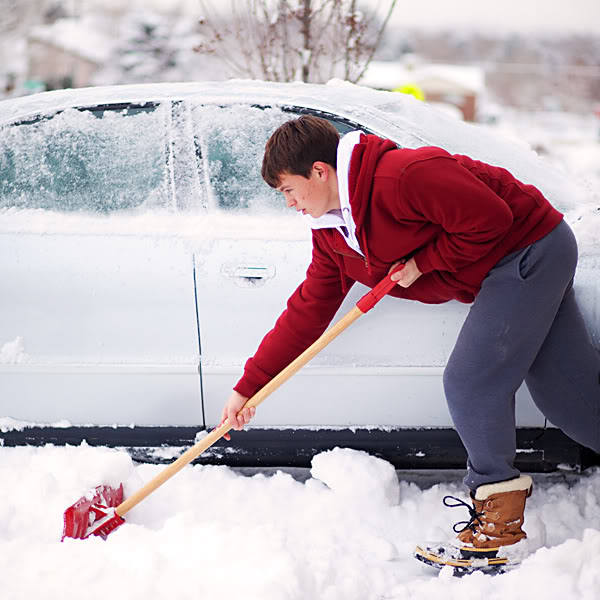 But he needed both to shovel out his car. 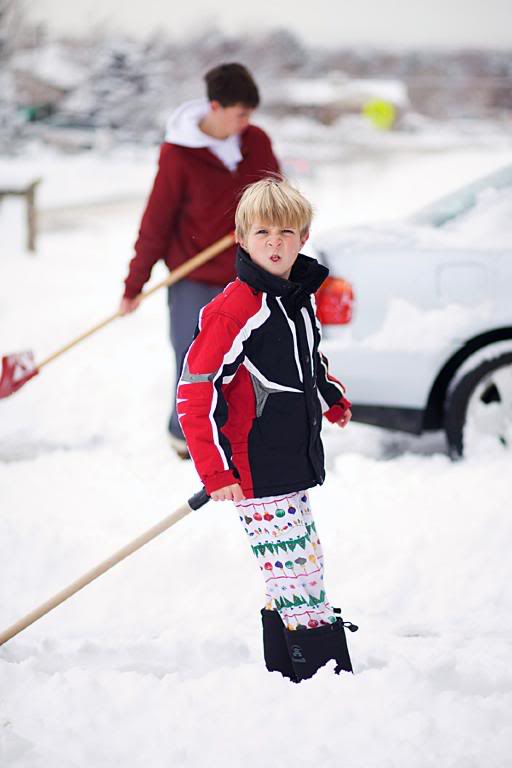 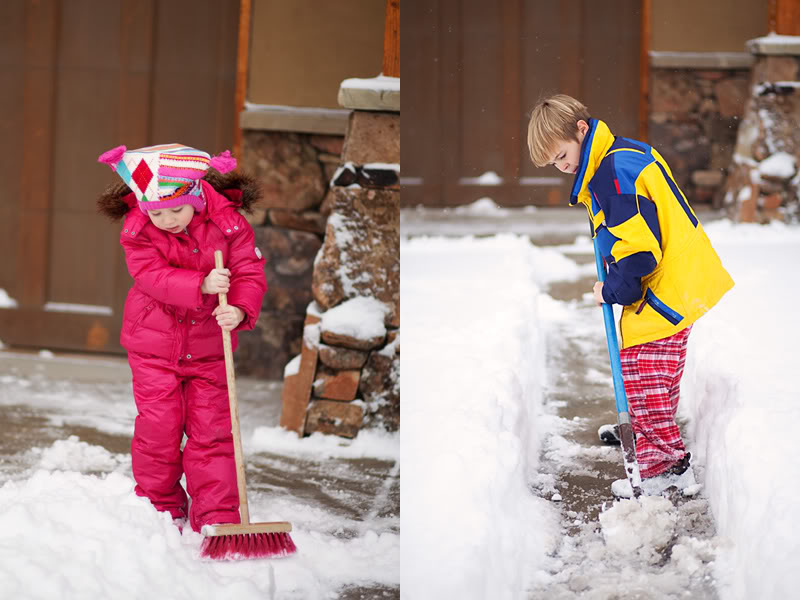 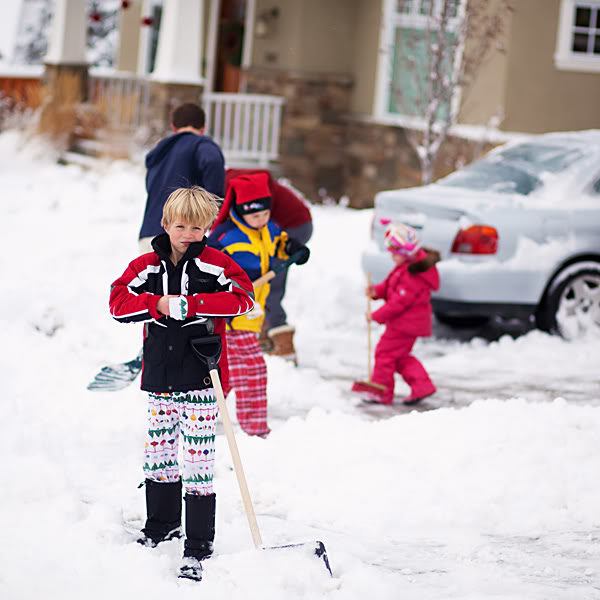 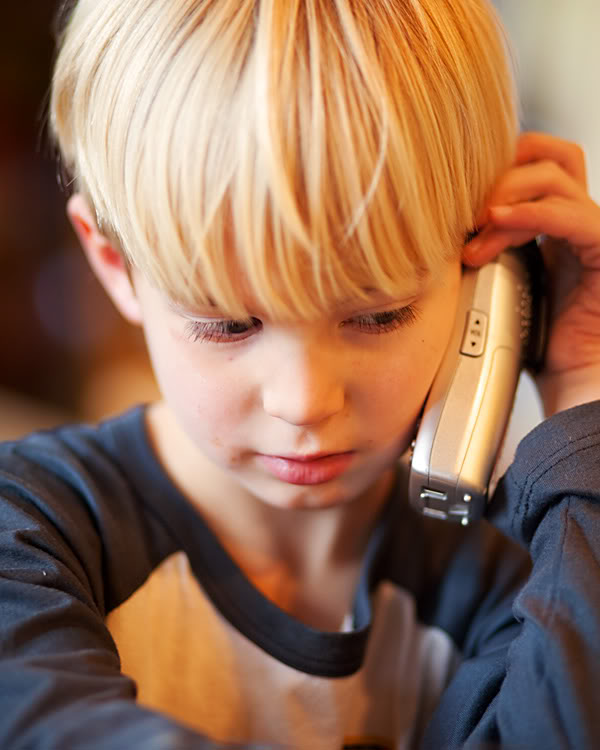 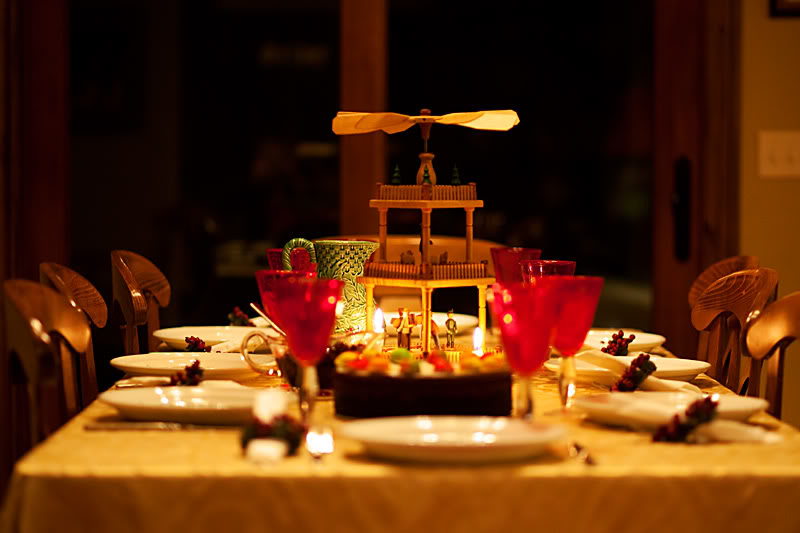 But we did have a turkey dinner with chocolate marzipan cheesecake for dessert. 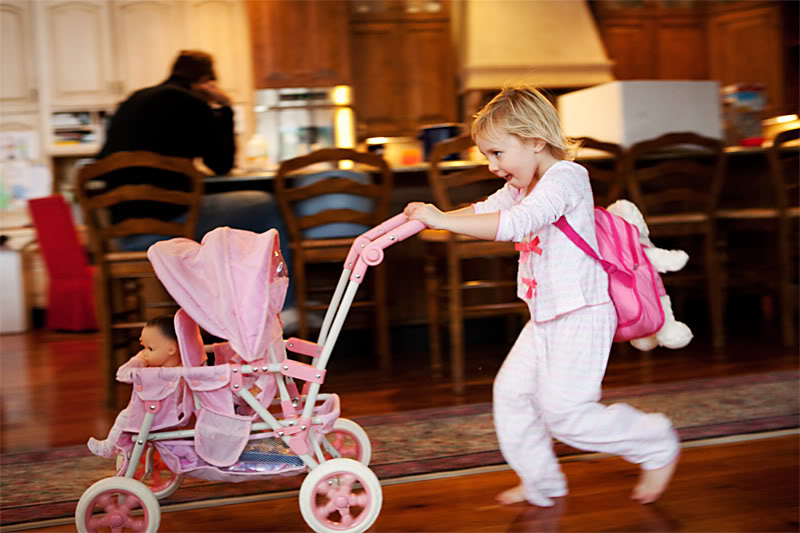 Which left Mary so hyper that we assigned her 50 laps and a thousand jumping jacks before bedtime.

tis the day before Christmas…