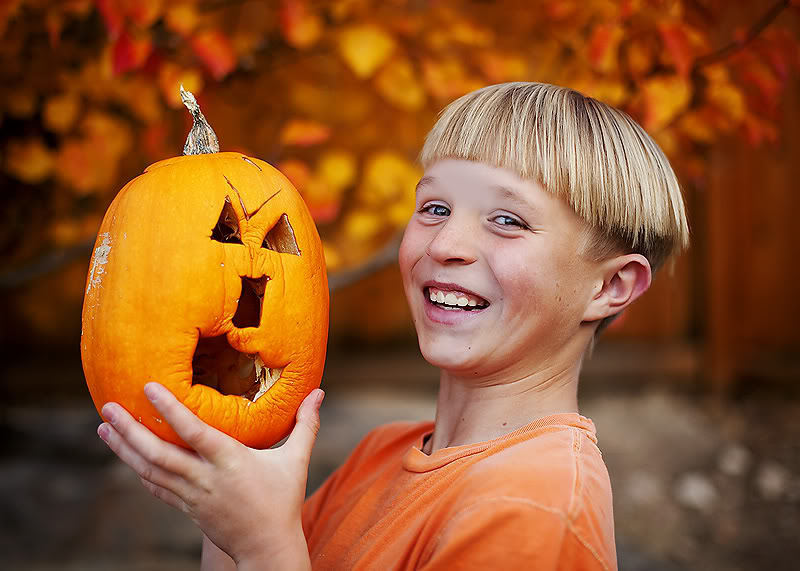 Sure, Xander appears to love his pumpkin, but that’s really a maniacal laugh you’re seeing.

We’re very kind to our pumpkins in the spring: carefully building soft dirt mounds for the seeds, watering them with care, paying visits to the garden and talking to them gently– “Please grow. Grow big and round and fat.”

You know what happens next. We pick ’em and gut ’em and carve silly faces on the good-natured gourds. But at our house that’s never quite enough. When it comes to pumpkins, total destruction is the goal.

The potato cannons are the first line of attack. I’ve written about potato cannons before haven’t I? The boys made them out of PVC pipe and a barbecue igniter. They are powered by spray deodorant which gives them the added benefit of smelling really nice. 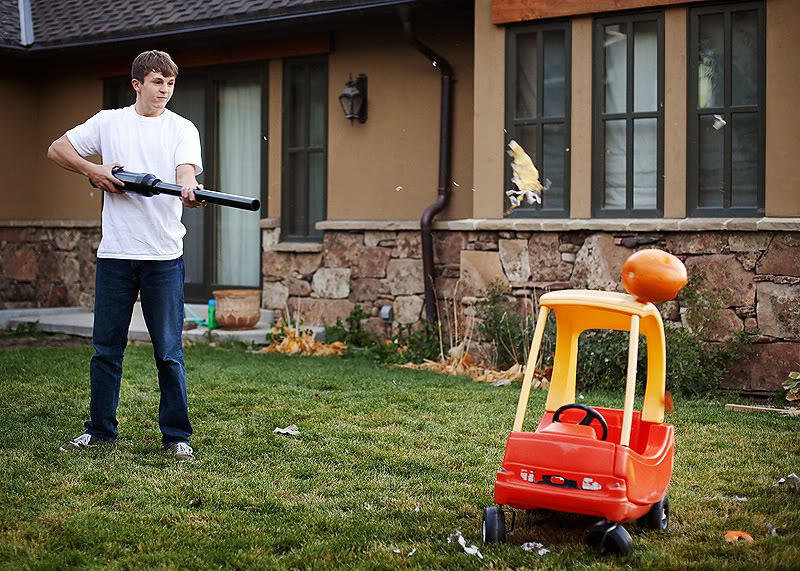 The preferred ammo is crab apples with newspaper wadding (yeah, it’s a mess, but they’re happy). 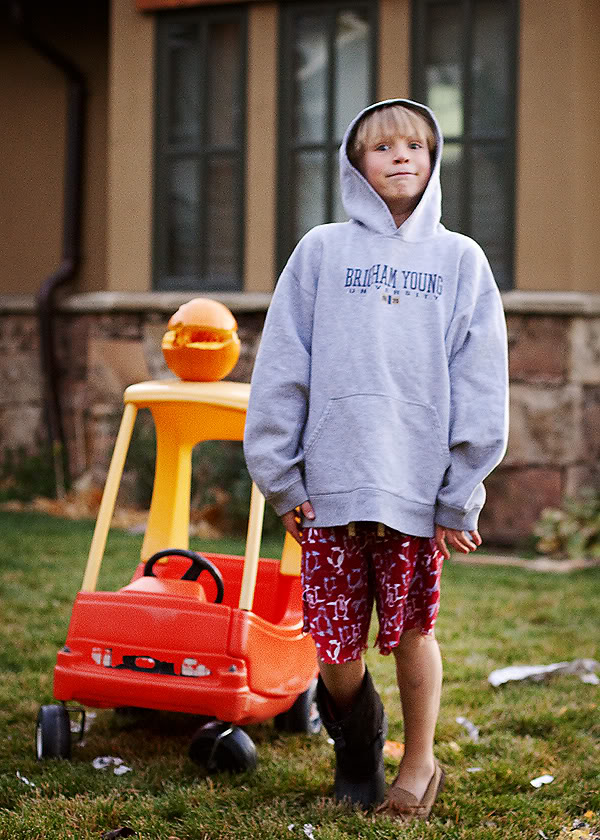 Xander is the slave who replaces the pumpkin after each hit. Notice his very fashionable footwear: one snowboot, one moccasin. 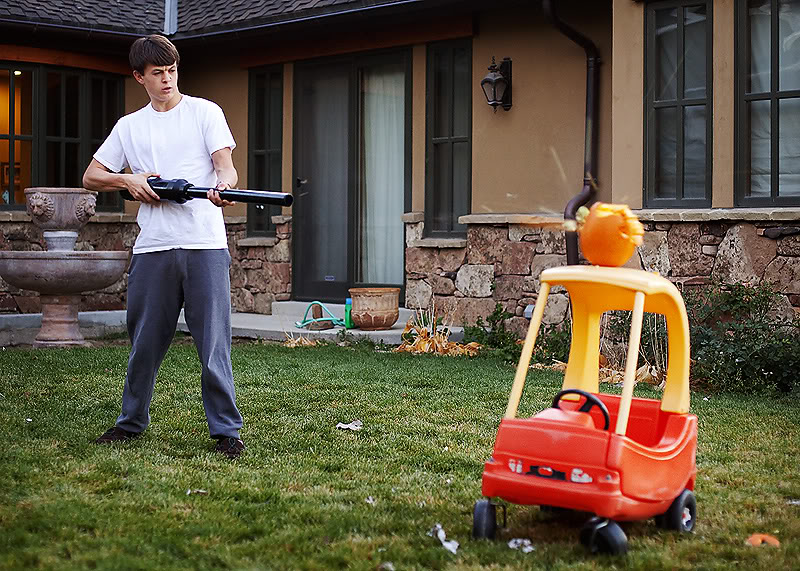 It gets pretty intense.
And then, when dark falls, they haul all the remaining pumpkins to our roof… 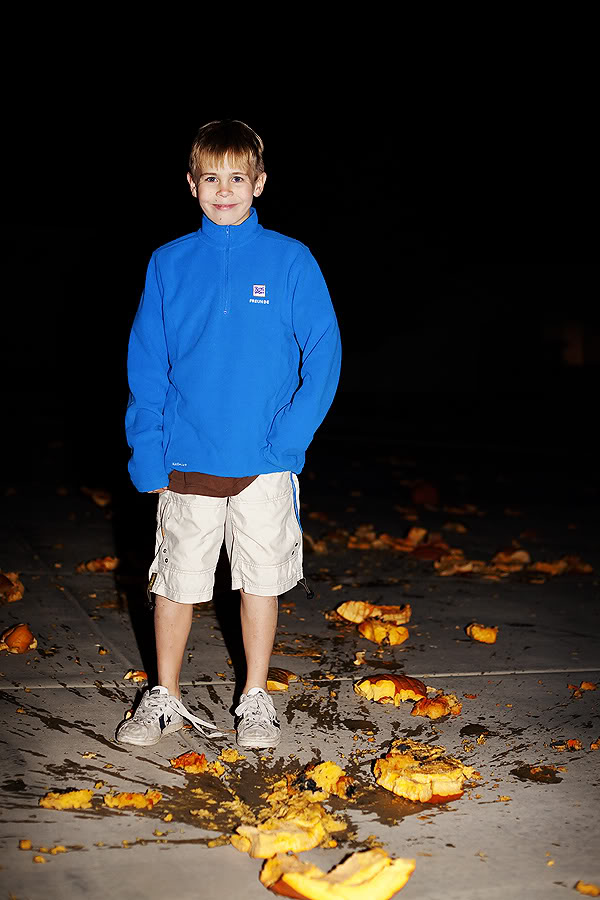 and toss them into the driveway. 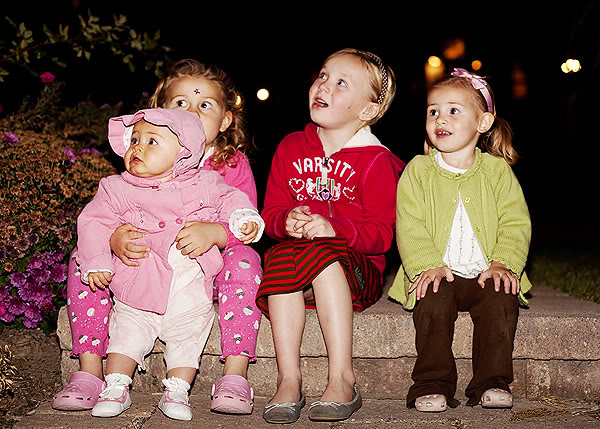 Aren’t these the cutest spectators ever? 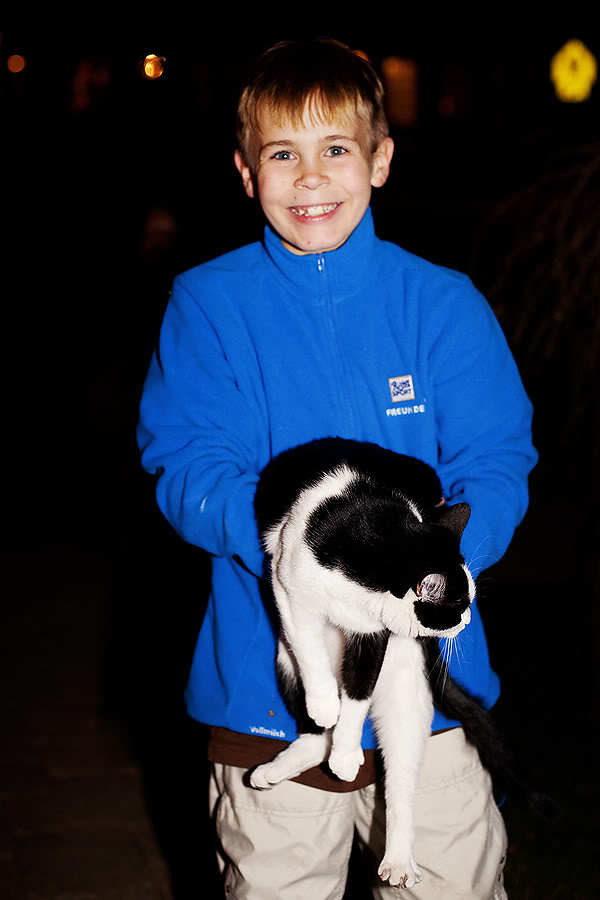 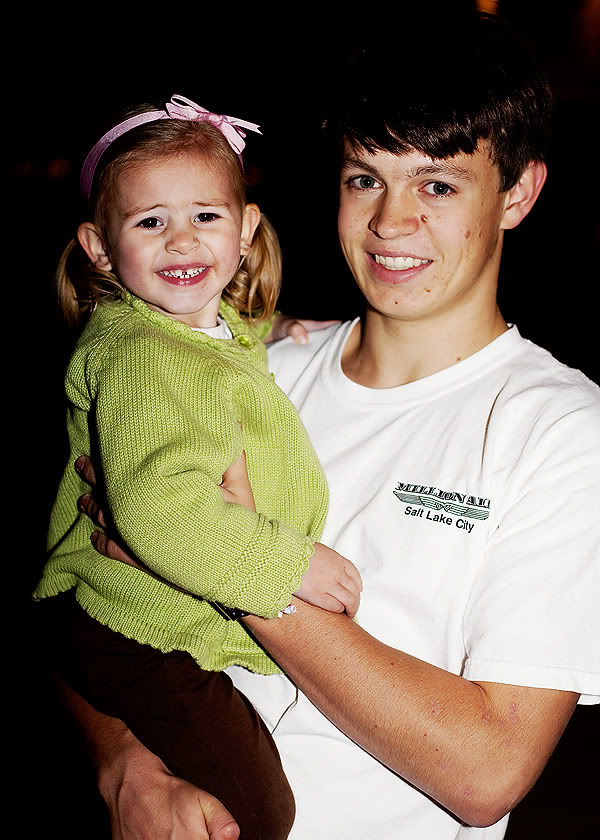 Elle has a bit of a crush on Ben and had to tell him, “Good throw Ben! Good throw!” 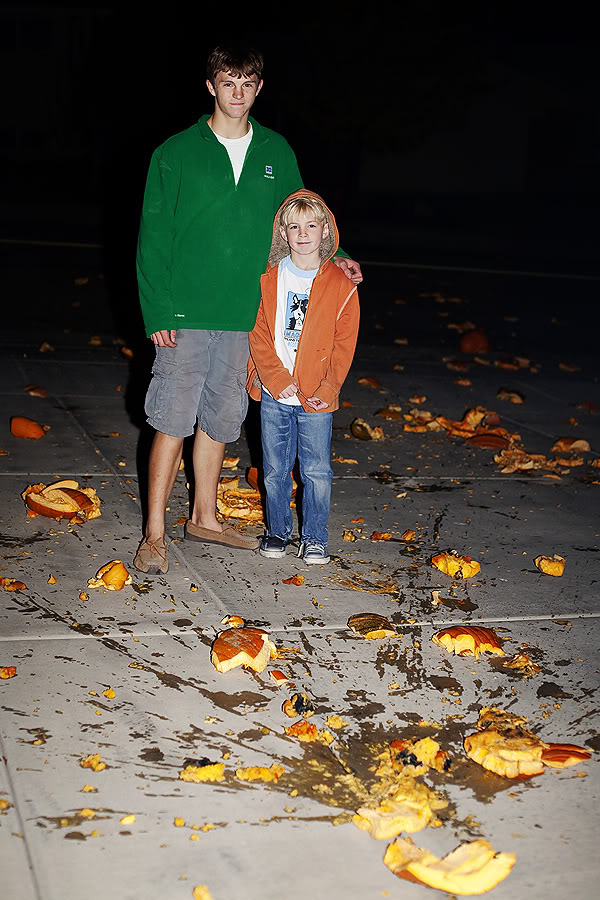 Our neighbors contributed moldy jack-o-lanterns and they threw and threw until pumpkin guts were strewn all the way across the street.

The boys swept up the mess and I plucked a few seeds from the pile.