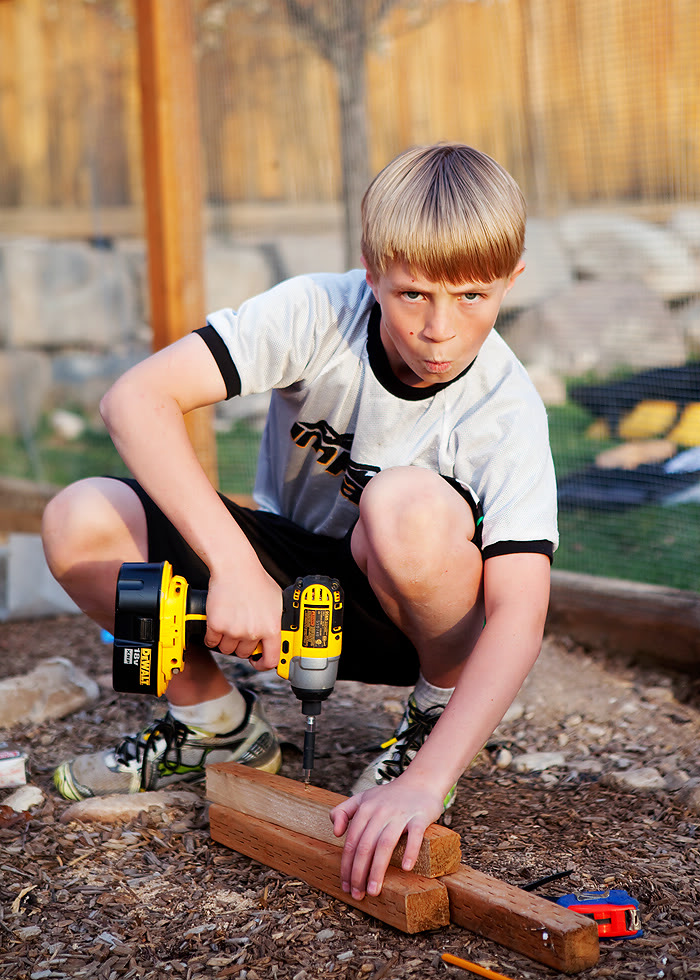 The entire valley is giddy with spring fever. Today was the first sunny Saturday of the year, and everywhere I went (Home Depot three times, IFA, the grocery store) people were laughing, grinning and practically skipping down the aisles. Every child in the neighborhood was out jumping on trampolines, circling the block on their bicycles and coloring driveways with pastel chalk drawings.

In typical fashion, we began our spring break with lots and lots of yardwork. The boys built a fence around the garden while Mary and I pulled weeds and nestled bleeding hearts and ranunculus into our pots. At Stefan’s request, we planted forget-me-nots. Did you know those are his favorites? I didn’t. 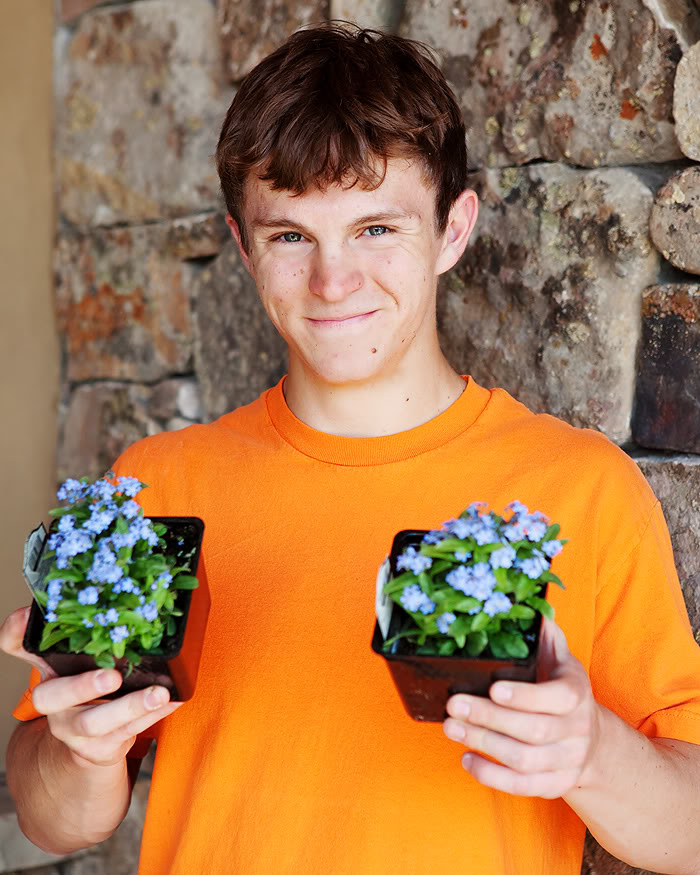 Succumbing to Gabe’s pleas, we bought two more chicks: tiny little bantams that weigh only 16 grams each. I only took a few photos because we didn’t want to manhandle them, but Gabe shirked the yardwork and spent most of the day cooing over the new babies. 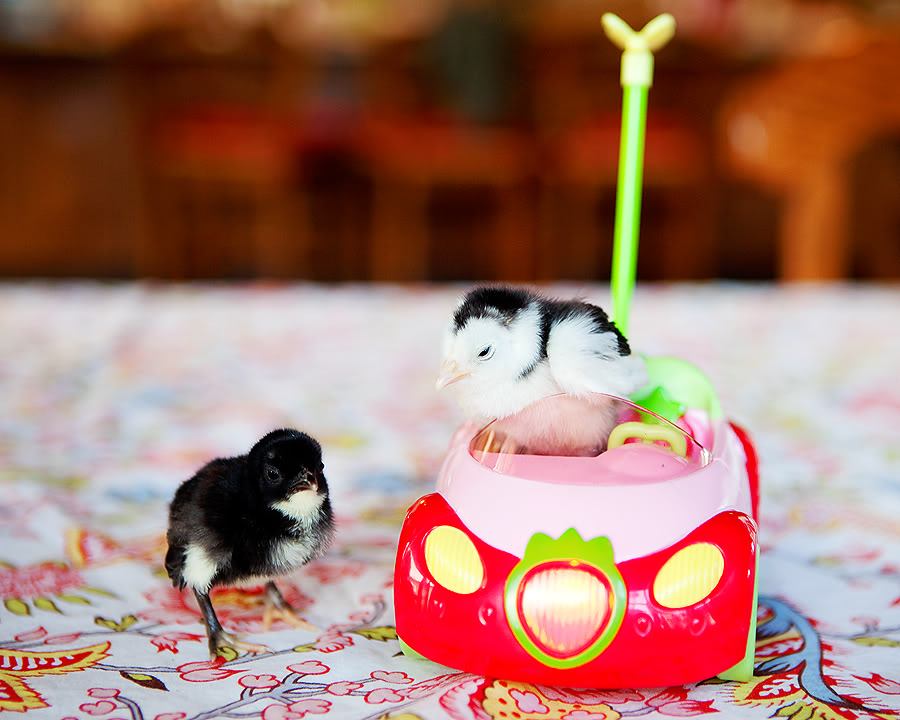 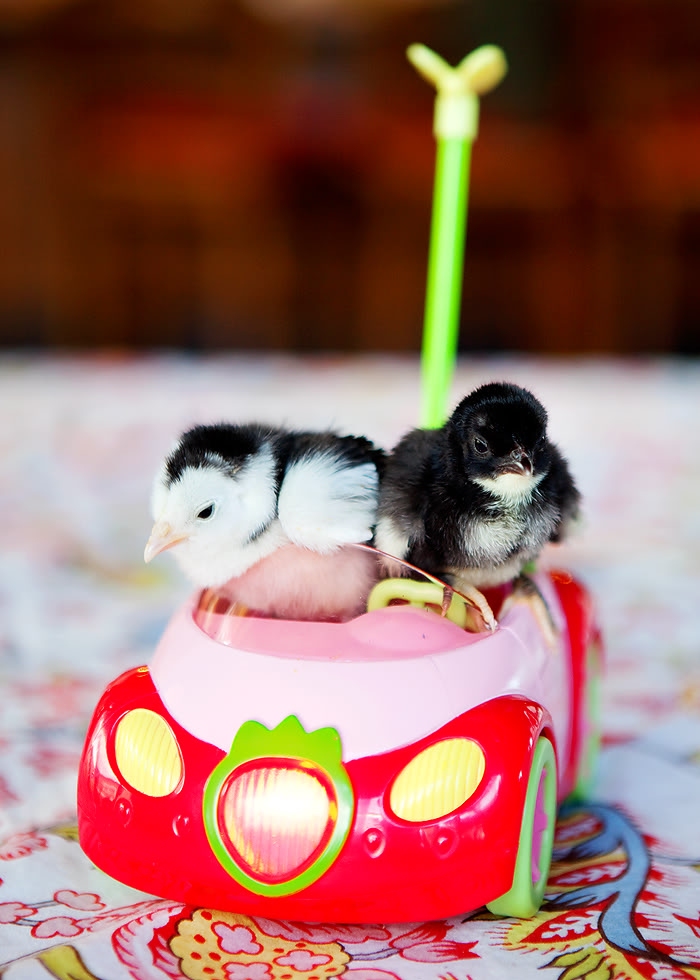 At lunchtime, I made tuna melts which made everyone ecstatic and then a bit melancholy– “We’re doing all of Ben’s favorite things,” Xander sniffed, “using power tools with Dad, eating tuna melts, planting… and tonight we’re watching the new Harry Potter movie.” (which just came out on DVD, you probably didn’t know) 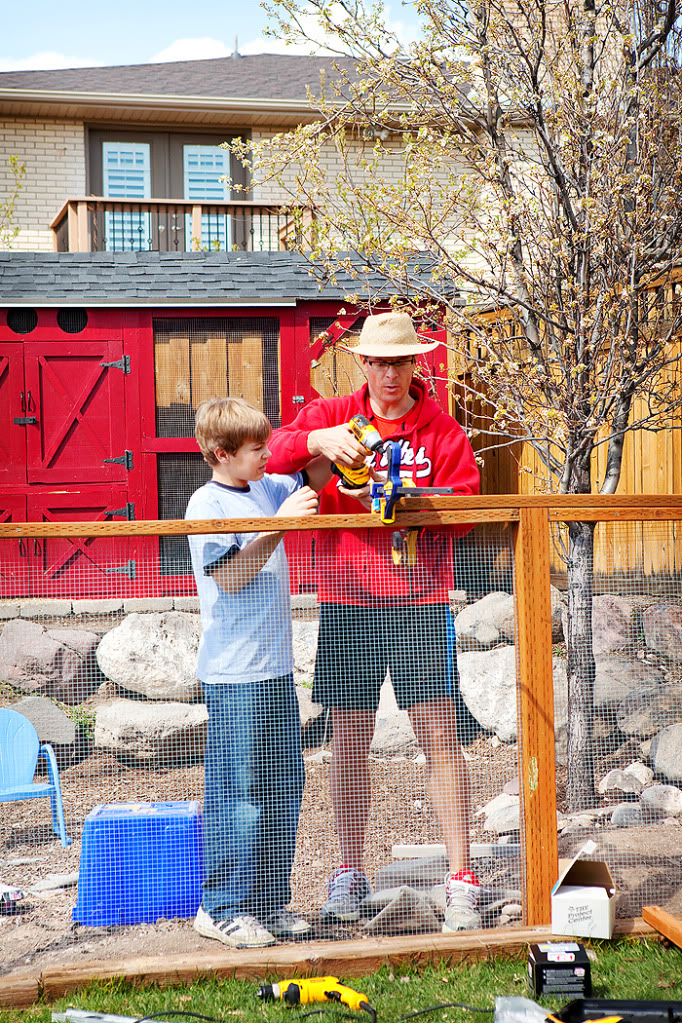 And though his words made me miss you, they also made me smile. I’m pleased that I’ve raised a family of homebodies– kids that think tuna melts, power tools and microwave popcorn while watching a DVD are the height of pleasure. 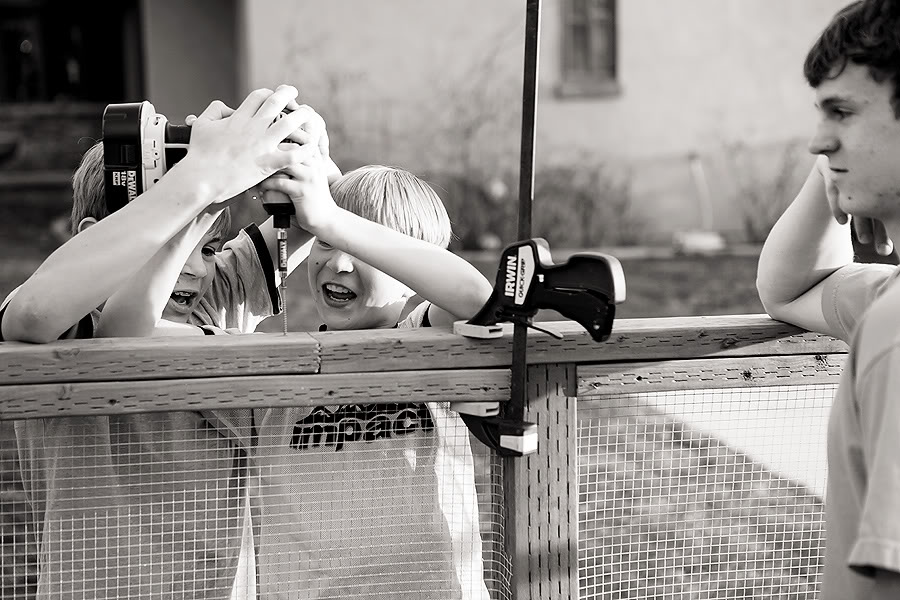 Tweedle-dee and Tweedle-Dum on the drill. I won’t say which is which.

Lifting her hair and turning to me, Mary asked me to take off her newly acquired locket because she didn’t want it to get dirty as we planted, “But it’s OK, Mom,” she assured me, “I’ll still think about Ben when it’s off. I think about him pretty much all the time.” 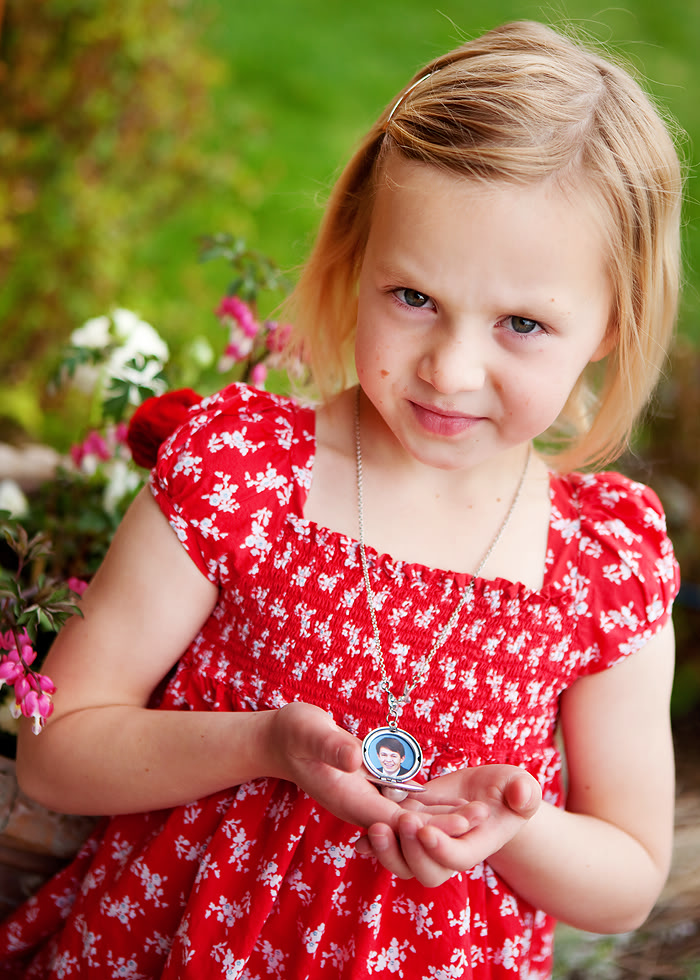