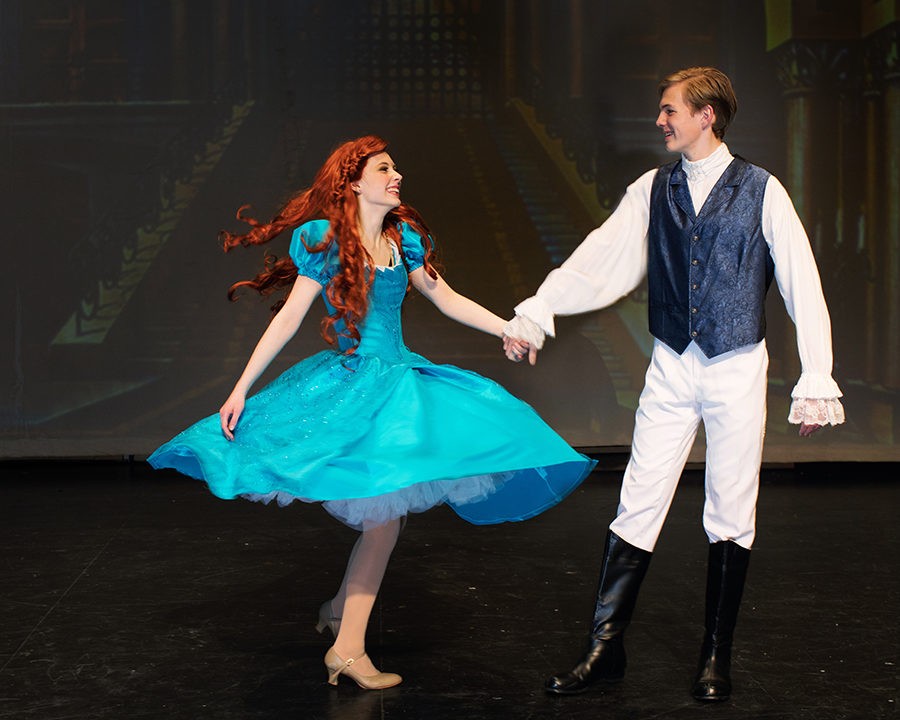 I can’t believe I’ve been so slow to send you photos and videos of ‘The Little Mermaid’ from way back in March. We were on a freight train at the time, speeding so quickly from one stop to the next that we didn’t take enough time to enjoy the scenery. 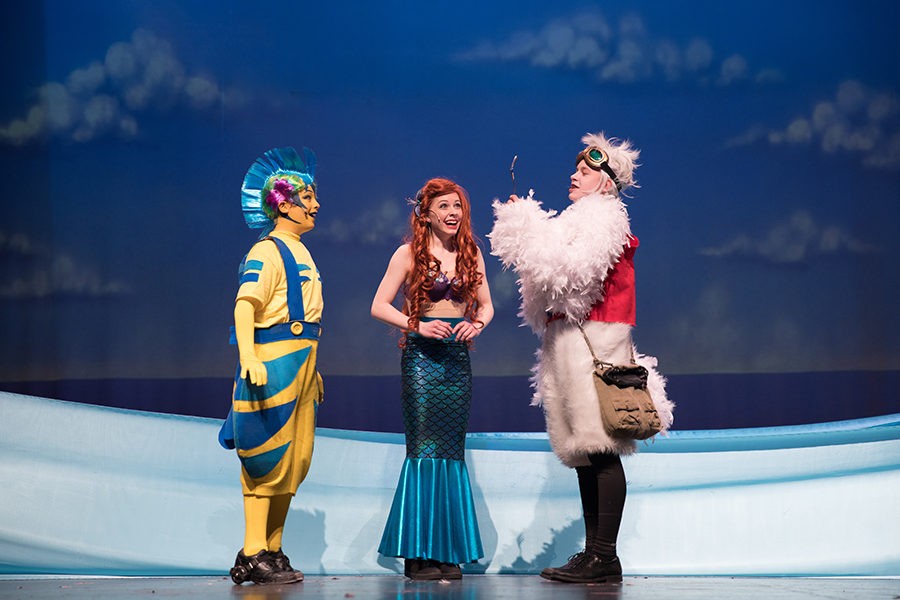 It was one of those rare times when people see you as you really are. Over and over friends said to me, “Did you have any idea Gabe could get on stage and do that?” And my simple answer was, “Yes.”

Our family knew Gabe could sing and act and walk on stage like a prince. But he surprised the rest of our community. 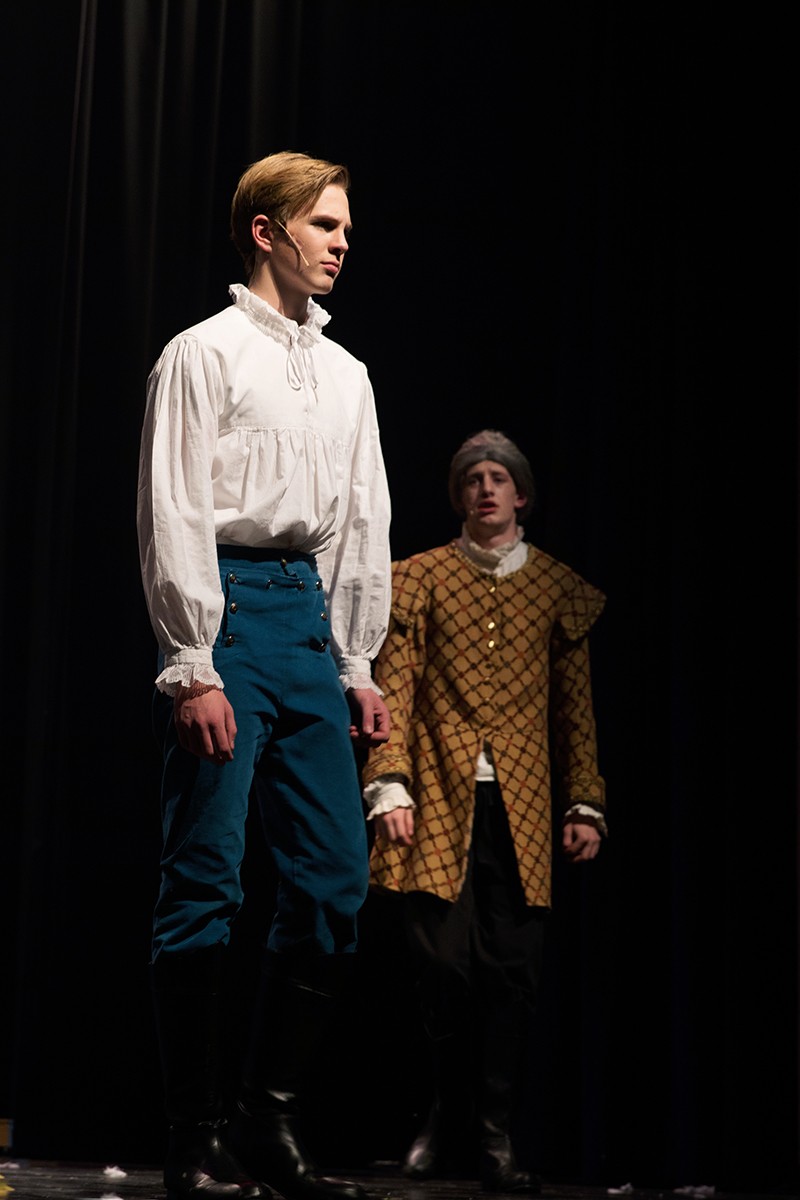 It makes you wonder about talents hiding behind every face you meet. We should probably just be immediately impressed by EVERYONE.

I know I wrote last year about the wonders of the theater. We’re still new to the stage at our house and constantly amazed at the way theater unites people, draws out their talents, gives them a common purpose. Even when people are in refugee camps or concentration camps, putting on a play becomes the activity of choice. There’s beauty in singing and dancing and trying to make people laugh. 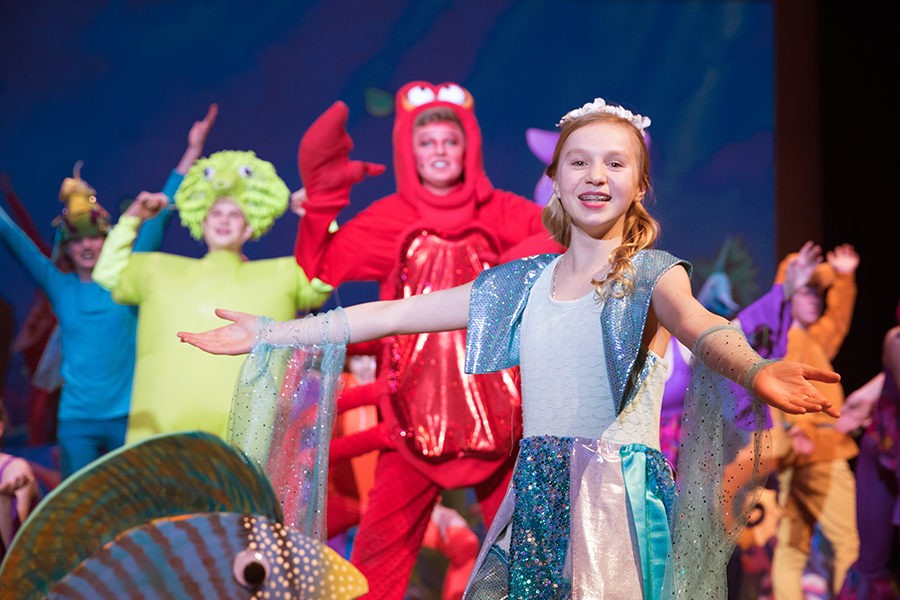 Maybe what I love most about theater is the collective effort to make everyone else look good. From the propmaster, to the costume designer, to the director, choreographer, music mistress, concession workers, party planners and the mom who sends all the emails, from the starring role to the extra who spends two minutes on stage– everyone works together, everyone has a kind word for each other. 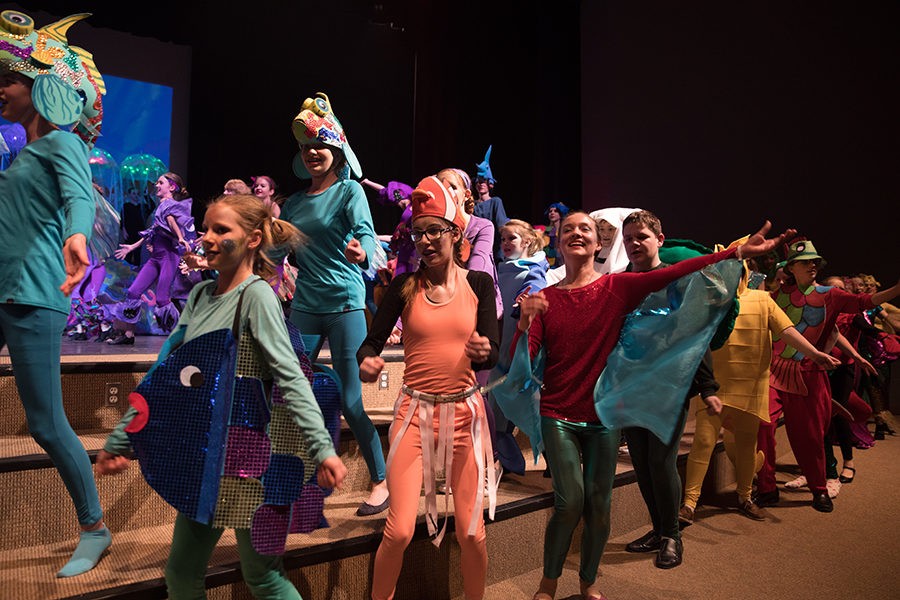 As the play photographer, I can attest that every part matters. The fish smiling and swimming in ‘Under the Sea;’ the ‘lost souls’ moaning in Ursula’s lair and the sailors hauling ropes and dancing across the stage create a sort of magic that even Ariel and her six sisters can’t equal. 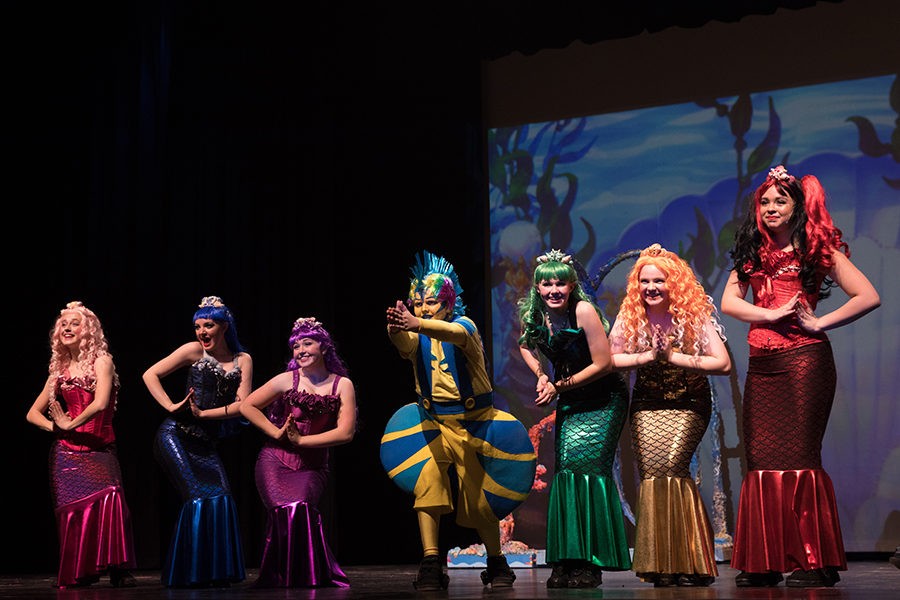 But I’m not going to lie– performing as a lead is an extraordinary experience.

Gabe earned one of the four callback spots last year in ‘Wizard of Oz,’ but ended up as an extra. When I delightedly told Ruth about the callback, she said, “I’m sorry, I can’t get that excited because I can’t imagine four boys even trying out for a part at our school.” 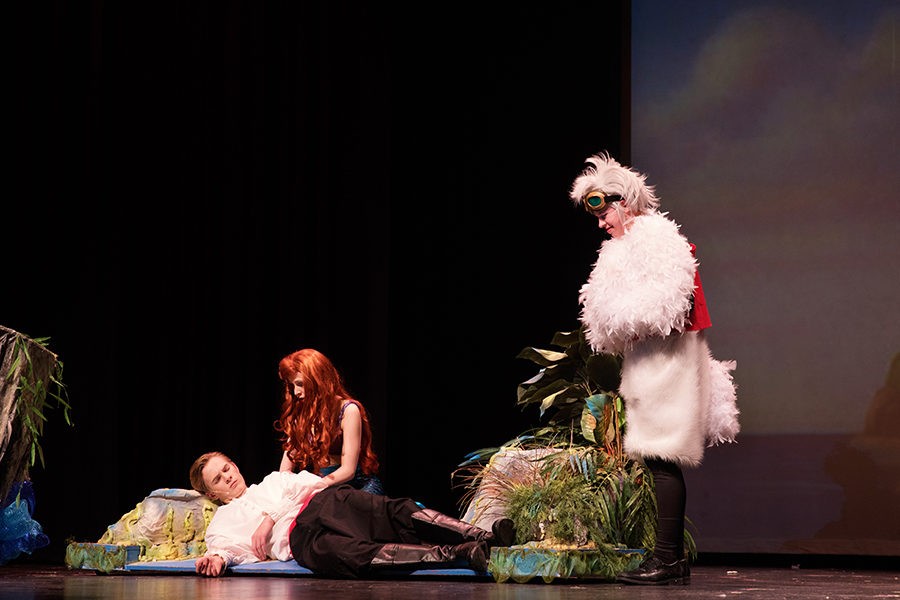 Well, yeah. The play at Wasatch isn’t really your average junior high production. Nearly 300 kids audition and the competition can be fierce. So, the minute Gabe learned about ‘The Little Mermaid’ he started preparing for the audition. He took voice lessons, he read the script, he picked up acting tips from anyone generous enough to share. And once he landed the part of Prince Eric (which was double cast with adorable and talented Luke Badger) he started singing and practicing lines until everyone in our house knew every note and every line in the script. 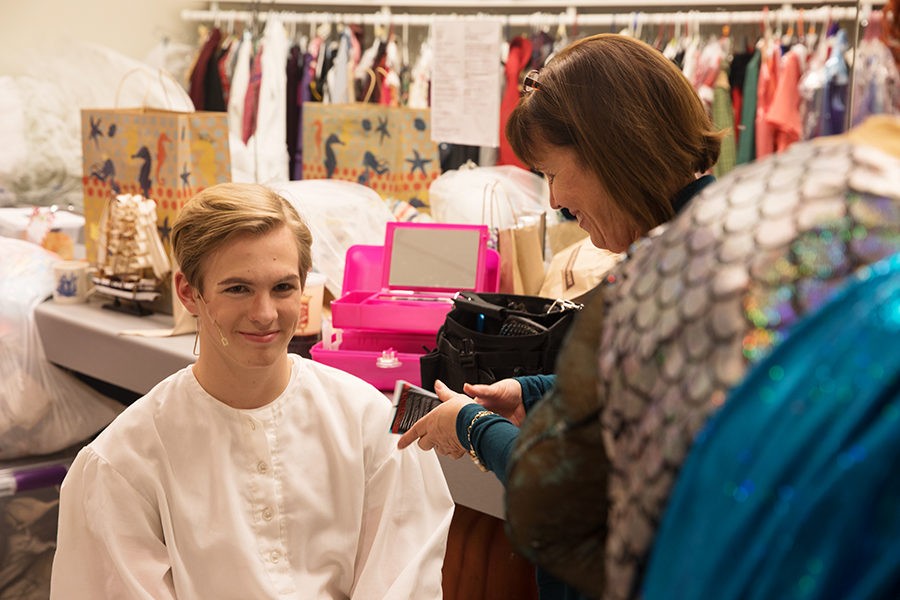 In the weeks surrounding the play, Gabe enjoyed a newfound celebrity along with the rest of the leads. It’s just part of the culture of our school. Mary, who also earned a callback but not a big part, never complained once about Gabe receiving so much attention. She loved her role as his little sister and soaked up every bit of praise directed at Gabe as if it were intended for her. She also landed this coveted spot between both Prince Erics. 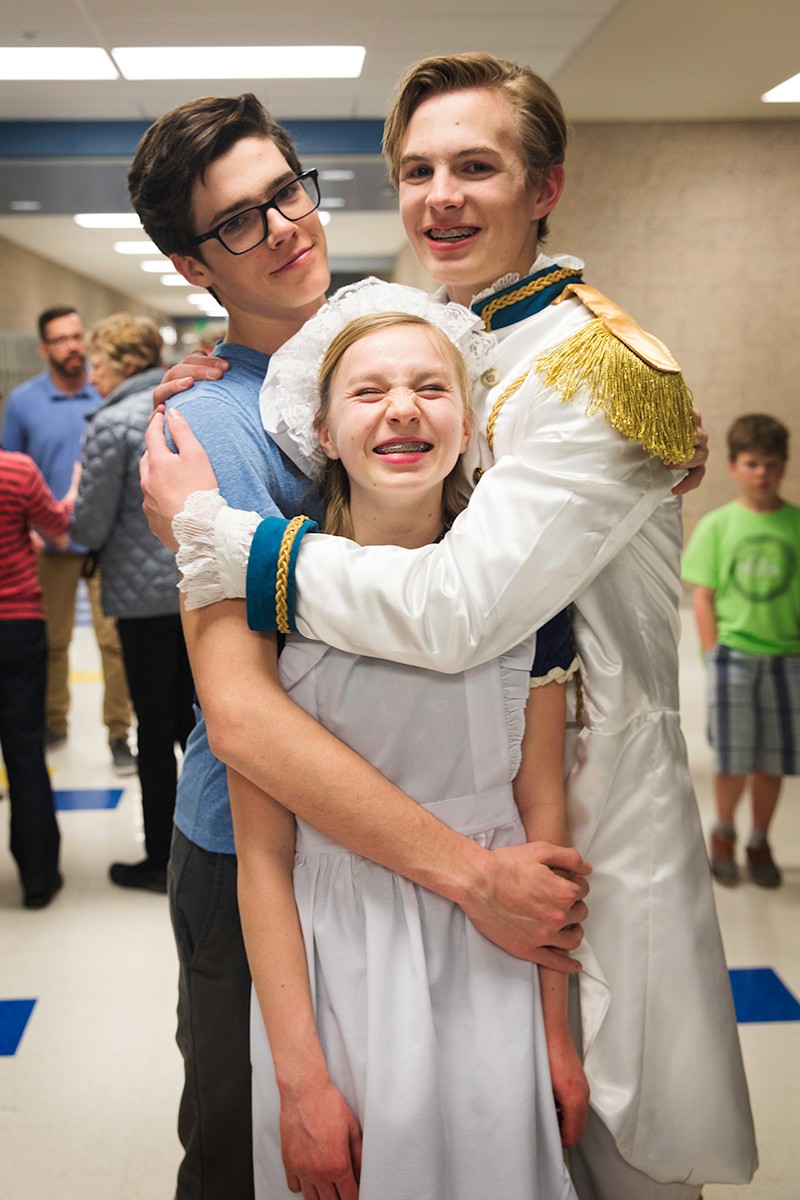 Sharing a role also taught Gabe (and me) important life lessons. When his voice teacher heard about the double casting she told Gabe, “Be grateful. Be classy. People will try to get you to say bad things about the other Prince; don’t give in to the temptation. It’s an opportunity to push each other to be even better.” 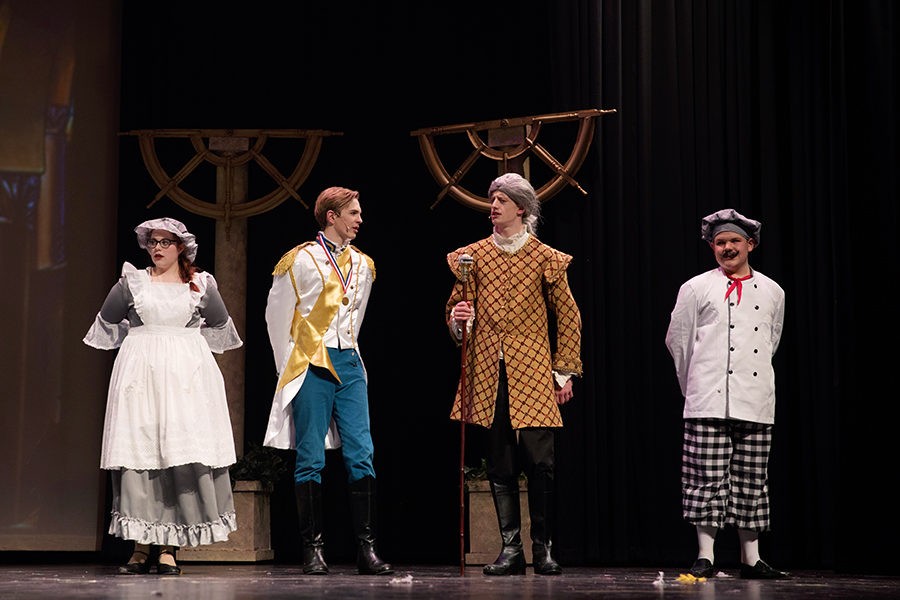 Some of the props and costumes were rented from a community theater, many were made by talented volunteers and parents. 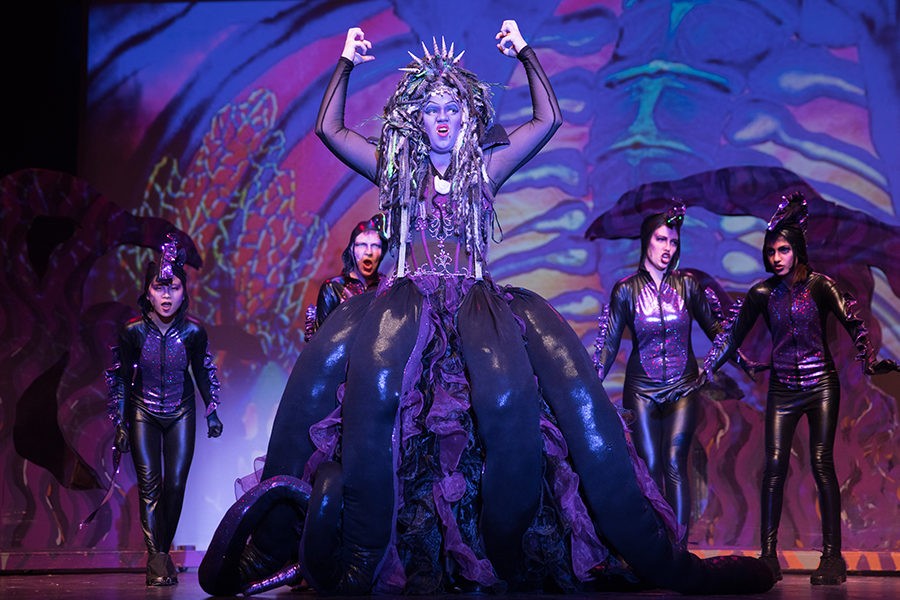 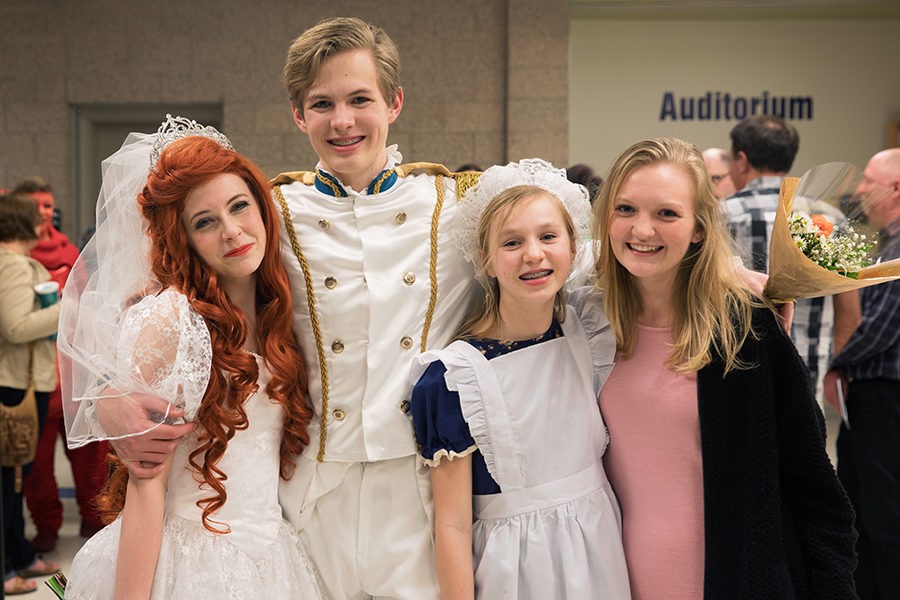 Darling Zoey came to town just to support Gabe and Mary and to help me right when I needed her most (I may have had a small stagemom breakdown). 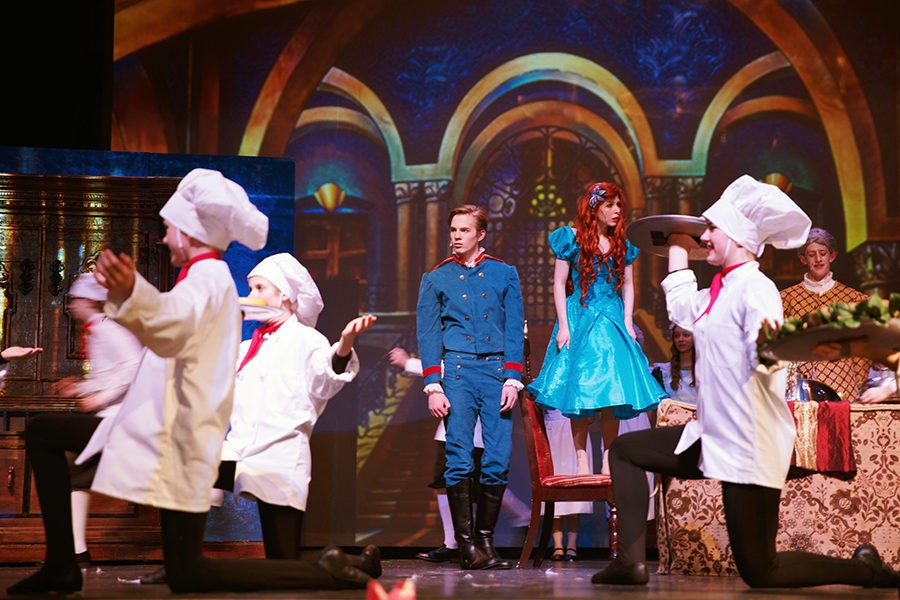 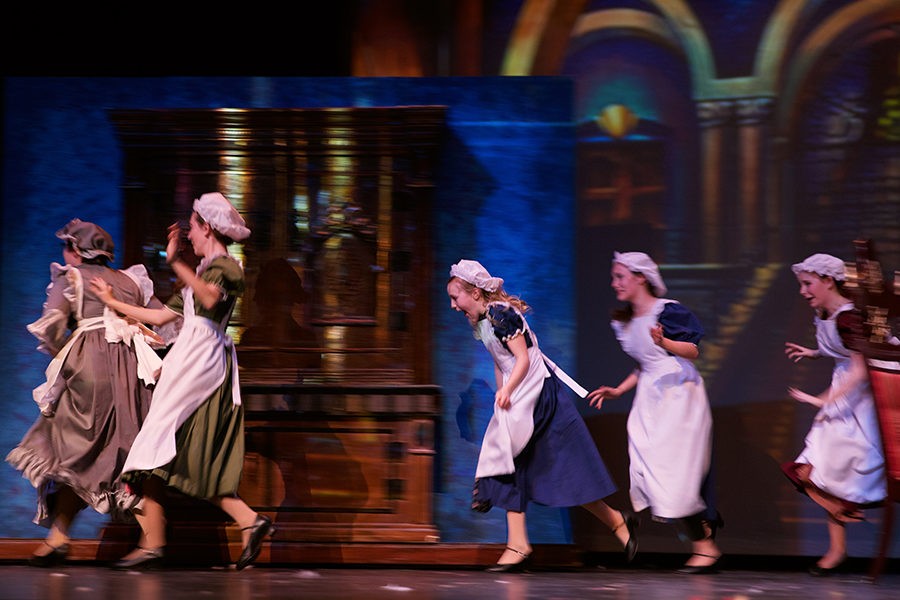 ‘Under the Sea’ Wasatch Jr. 2017 from Michelle Lehnardt on Vimeo. 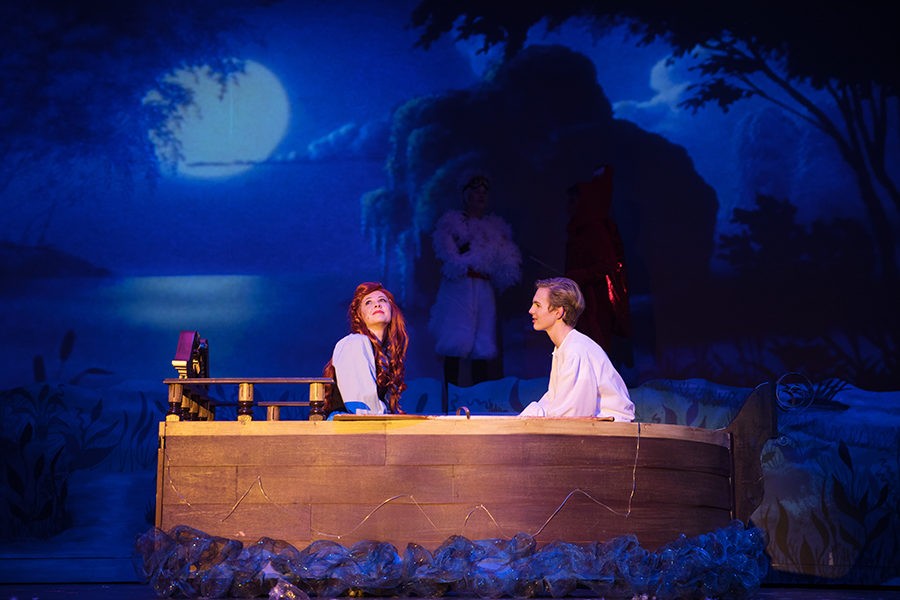 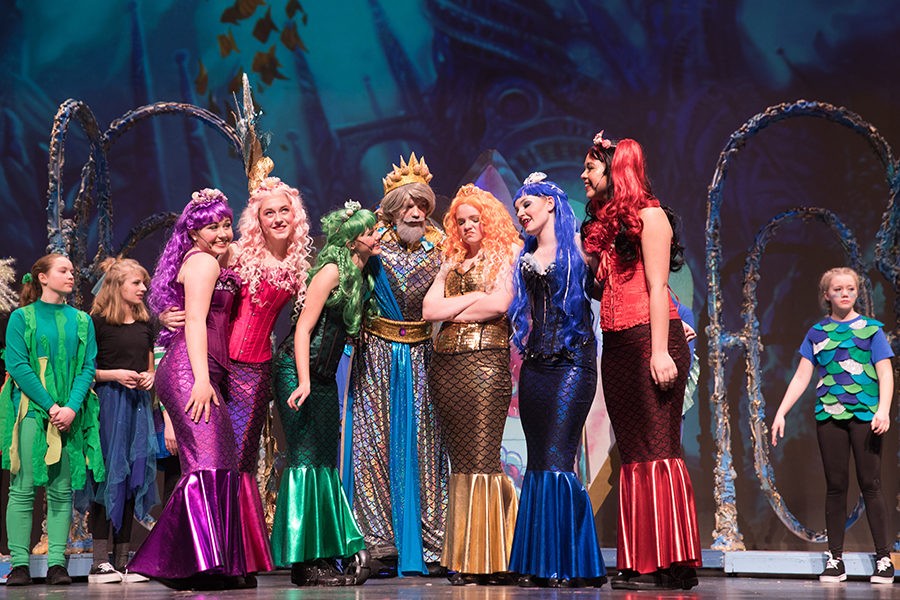 In the Disney movie, Prince Eric doesn’t use his pipes, but in the Broadway play he SINGS. And it’s tough music, you can hear the guy on Broadway cracking during certain songs. Gabe worked and worked and worked those songs. Everyone told me I would cry the first time I heard him sing on stage, but I couldn’t stop smiling. 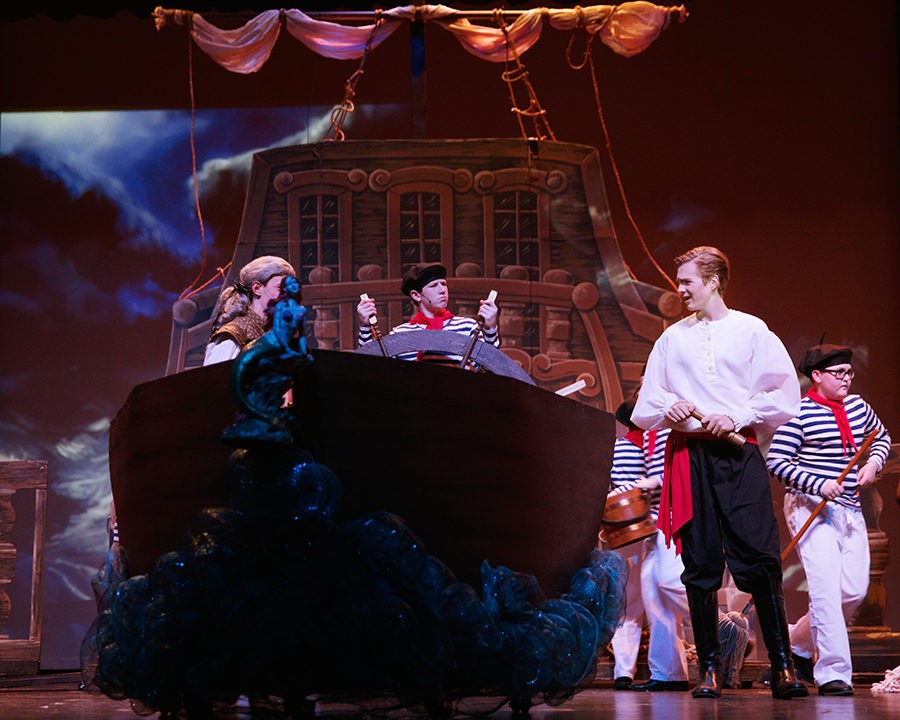 I ended up taking thousands of photos which I gave to the cast. Because I was so nervous about taking equal amounts of the double cast parts I probably overdid it.

But it was all, every minute, a pleasure to be part of something so beautiful. 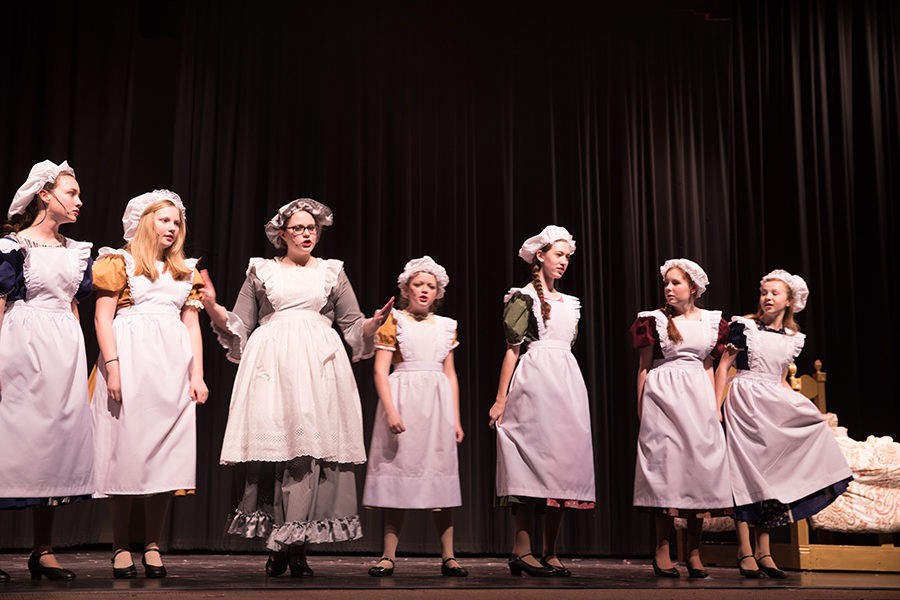 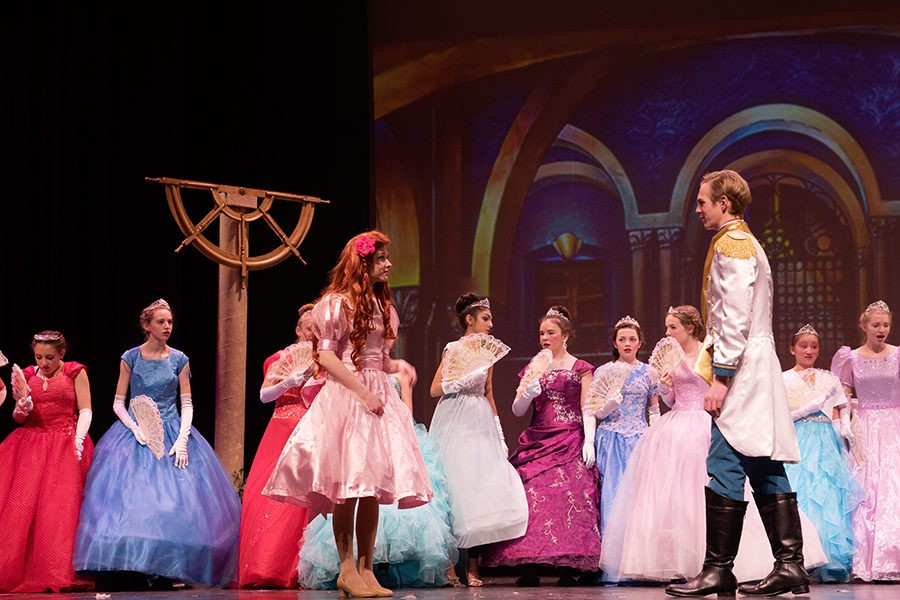 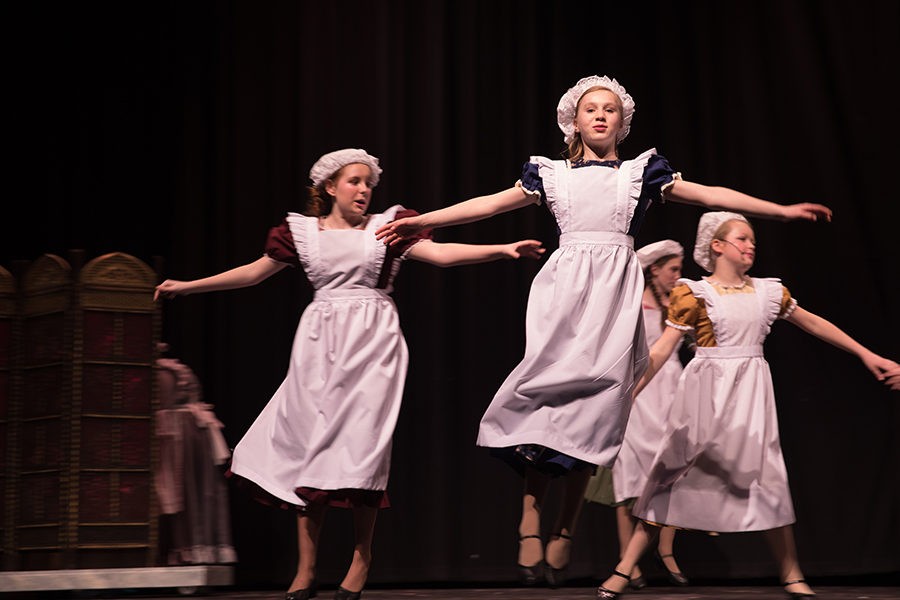 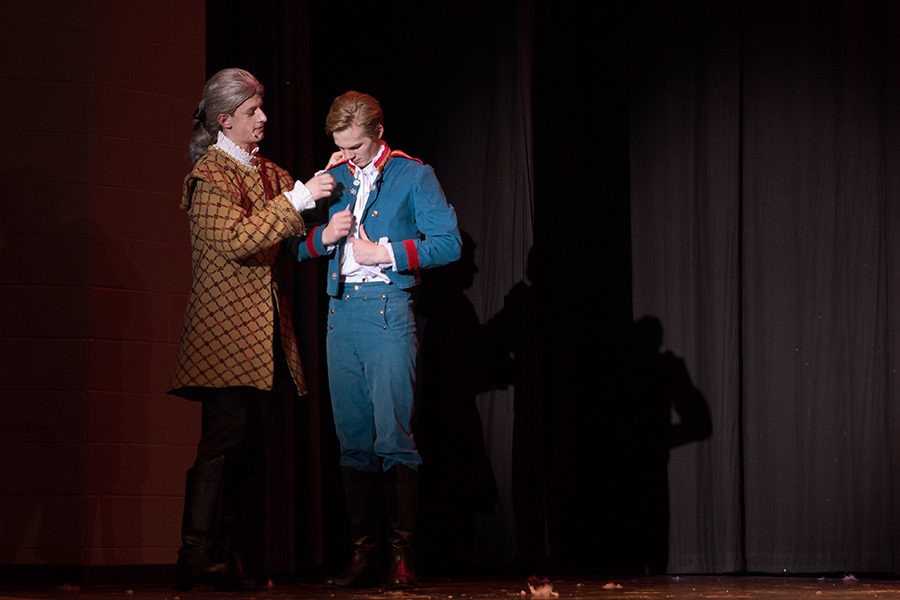 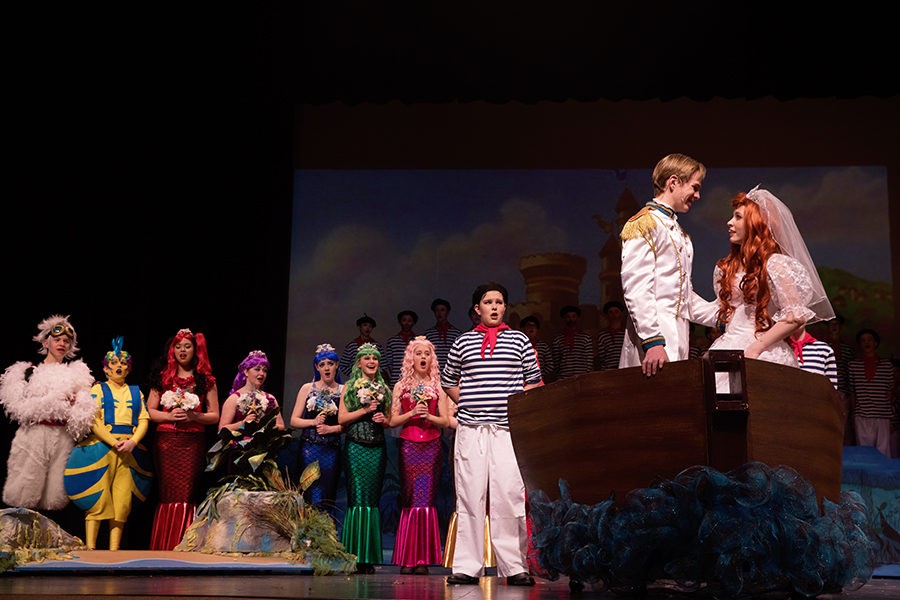 And just a few more video links if you want to see more of our crazy-talented cast:

“Part of Your World” from Michelle Lehnardt on Vimeo.

Wasatch Jr. ‘The Little Mermaid’ in One Minute from Michelle Lehnardt on Vimeo.

“She’s In Love” from Michelle Lehnardt on Vimeo.