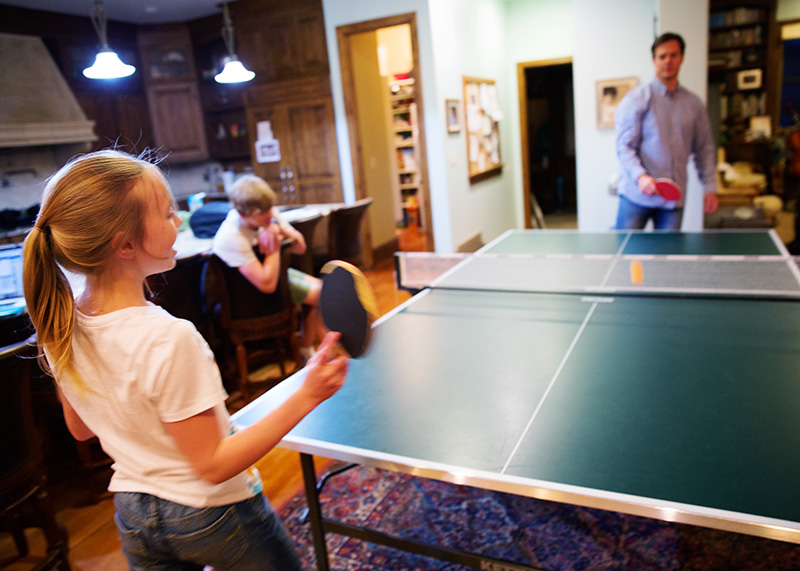 Dear Hansie, It’s been a happy busy week with the unique kind of joy that accompanies last days of school. 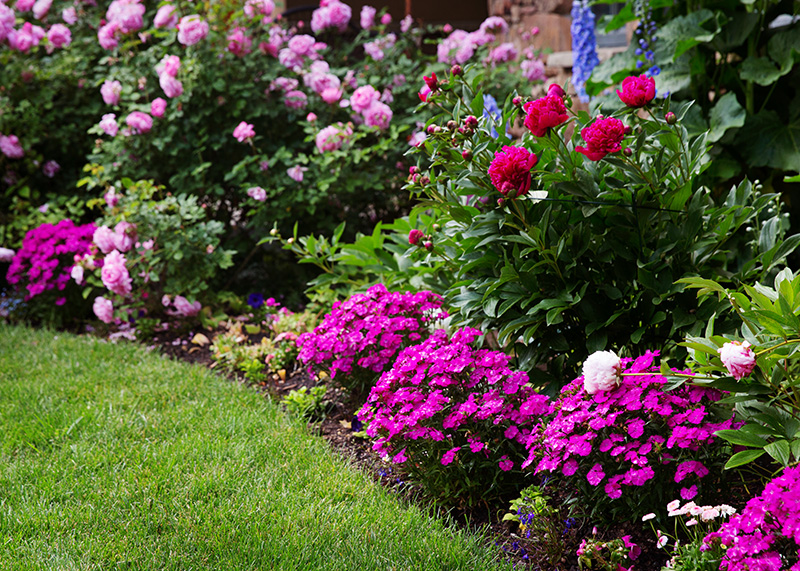 This is the earliest our school year has ever ended and it’s good because we’ve had less of those days where you just waste time until the end of school. Xander was kept busy down the last minute with five performances just this week: seminary graduation, the madrigals concert, senior awards night, graduation and on Saturday, his own recital. I didn’t get a single photo of him in his tux, but you’ve seen a tux before. 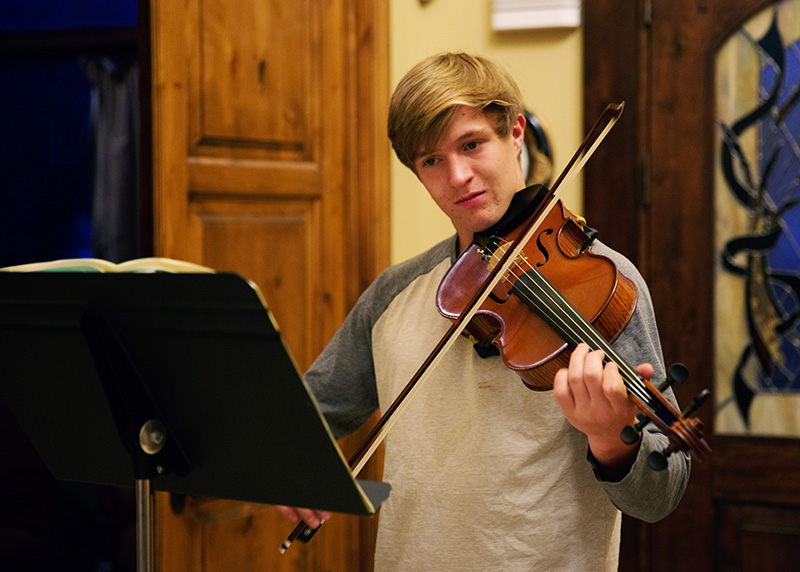 The recital didn’t go quite as well as planned for Xander because he had to learn so much music in one week. New family rule– if a kid has more than three performances a week they’d better use their music at the recital. So, Xander was not his best, but Gabe hit every note. Sadly, Micah is moving to Indiana and Gabe and Xander need to find a new teacher.

I remember the day we found Micah. Stefan auditioned for a hot-shot teacher who begrudgingly accepted him. Next, we went to Micah’s house where they just played violin and talked for half an hour. For Stefan, there was no question- he wanted to learn from Micah. Soon we switched Xander over and added Gabe. More than a violin/viola teacher, Micah’s quiet influence taught them about being good men. 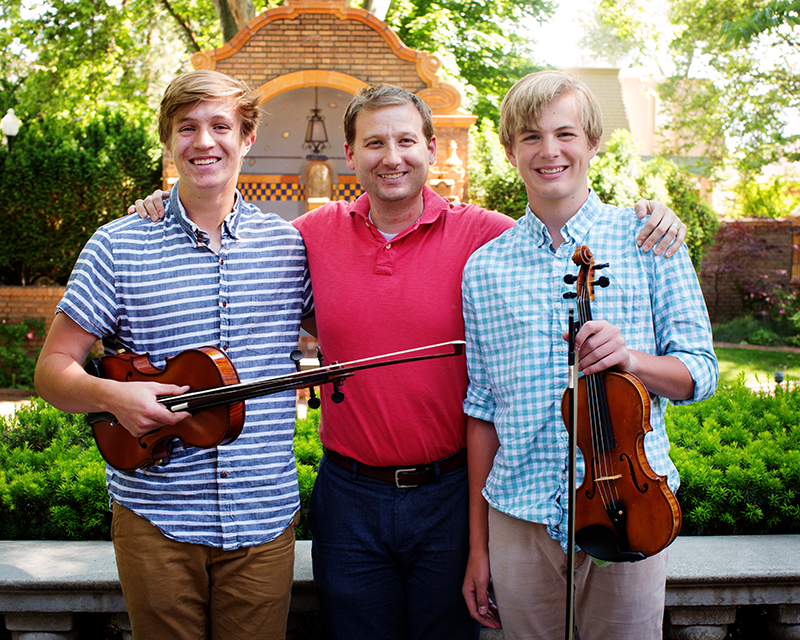 On Monday night dad and I went to one of Xander’s concerts and Mary and Gabe stayed home with Ben and Sammie. While we were gone, they planned an entire Lehnardt Summer Olympics complete with sign-up sheets and events, costumes and food. It’s going to be fantastic. And that has to fulfill some sort of mothering dream – – when you leave the house and they actually plan something wonderful together. Bonus, they made eclairs. 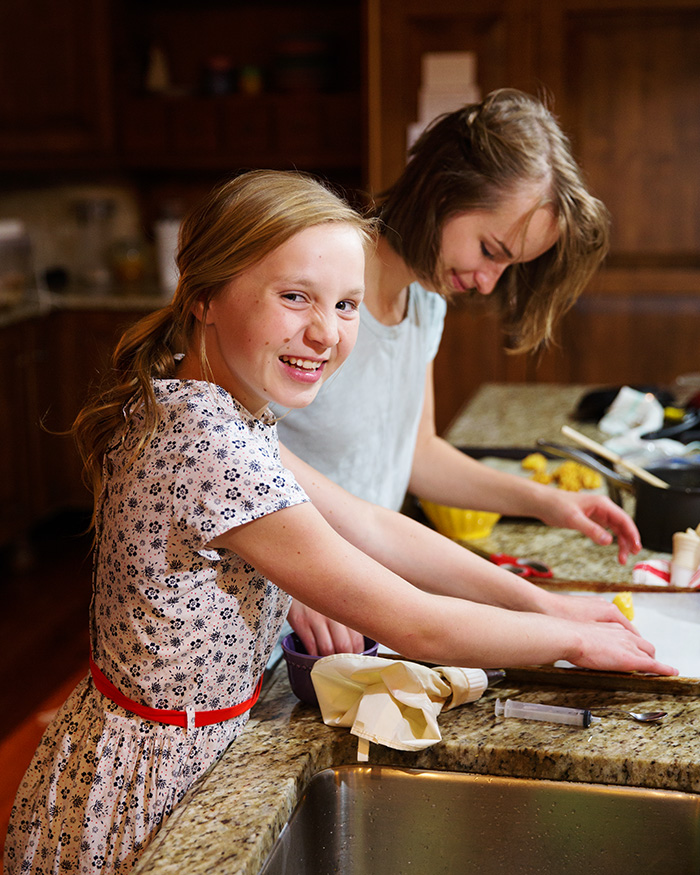 and a few days later they made caramel brownies. 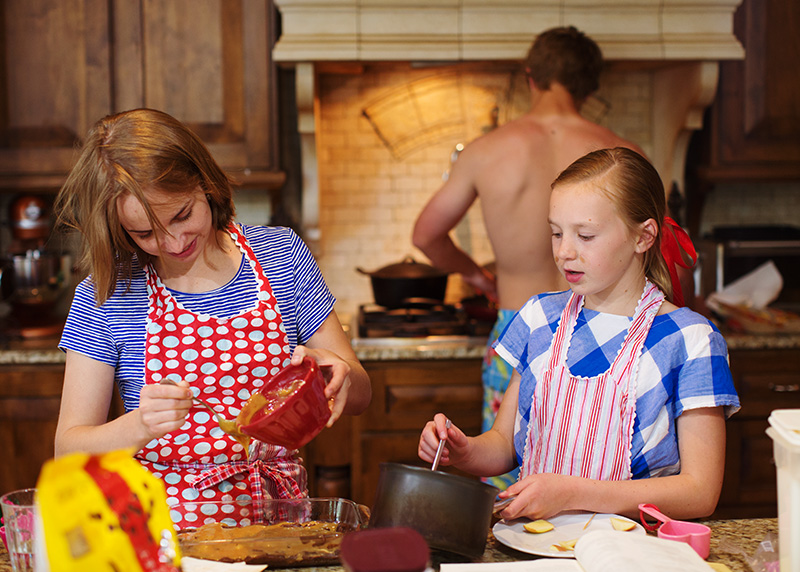 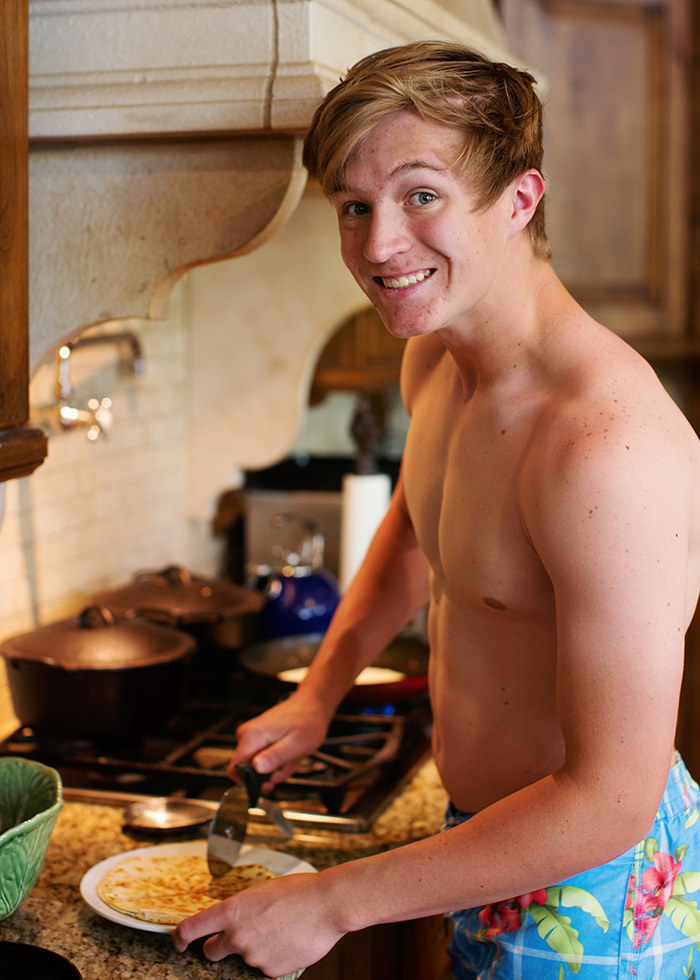 Mary finished her homeschool curriculum a few days early and started in on Khan Academy math. She decided to start in preschool and go all the way to the end of seventh grade. She’s already in fourth grade so she’s doing great. Also, she’s baking up a storm. 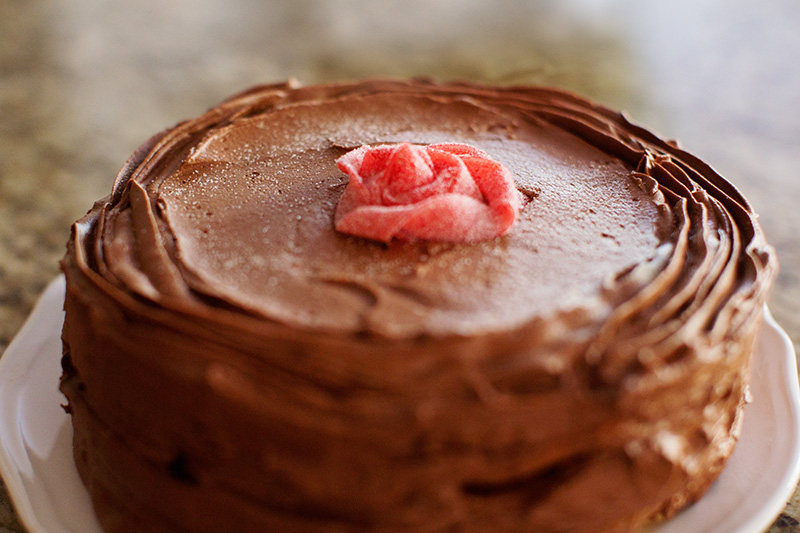 The worst part of Mary’s week was going to see a dermatologist about her moles. One of them has been looking funny lately and I told her not to worry the dermatologist would probably look at it and tell her it’s fine. But he didn’t. He told her two of them needed to come off and that he could do it right then. I decided the lack of preparation was better than the anticipatory stress– you know how Mary gets kind of anxious. So we went right in and he cut them out and it was all pretty scary but Mary is dealing with it well. I’ll miss her cute little moles. But it had to be done. 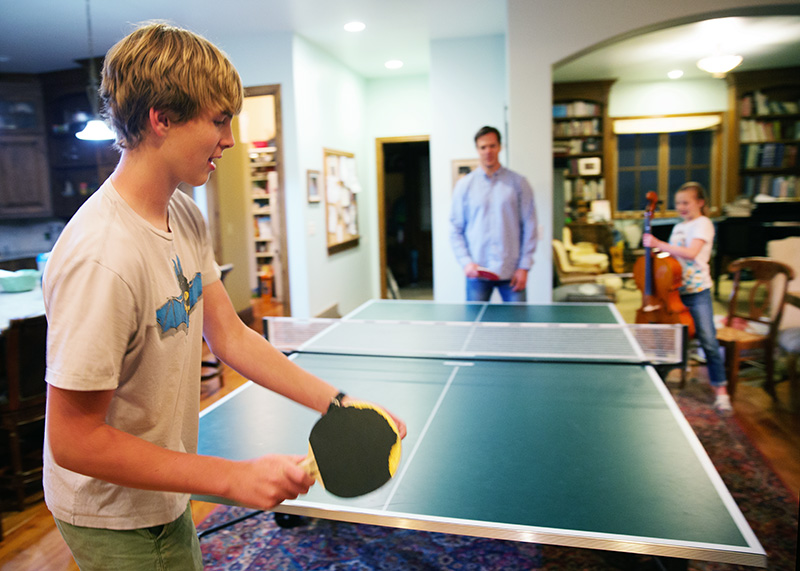 The ping-pong table now has semi permanent residence in the kitchen and Gabe has been challenging everyone who passes through our door to a game. I think we are finally getting our money’s worth out of that ping-pong table. 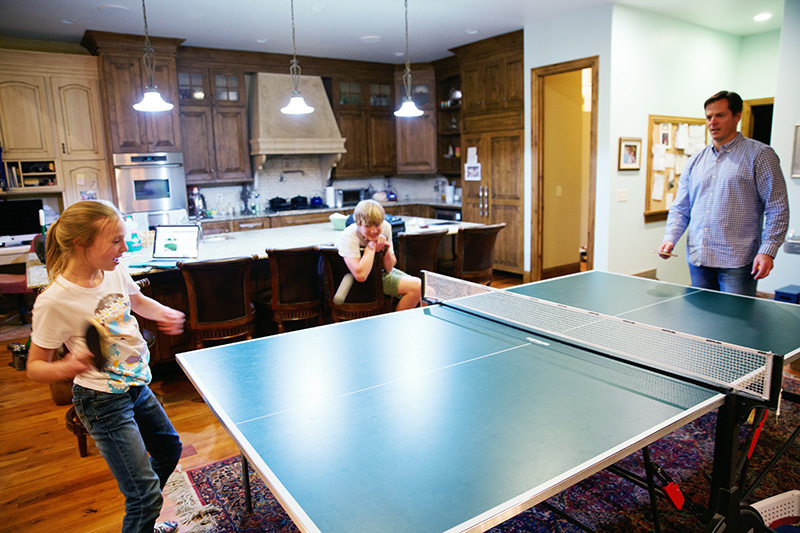 I have to say, it was nice going to some of those events this week and not having a senior. I can hardly believe it was only a year ago you were doing all the graduation stuff. It feels like two years ago. I’m really glad Xander isn’t graduating this year. so. much. emotion. 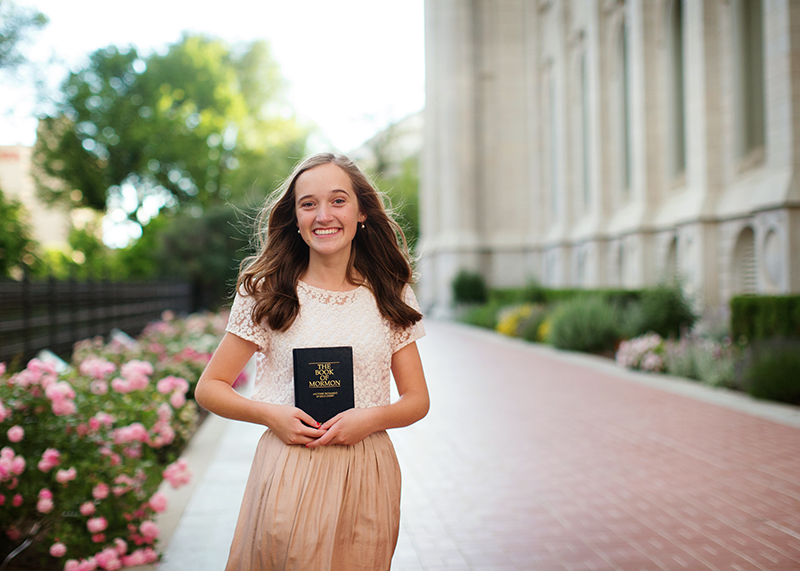 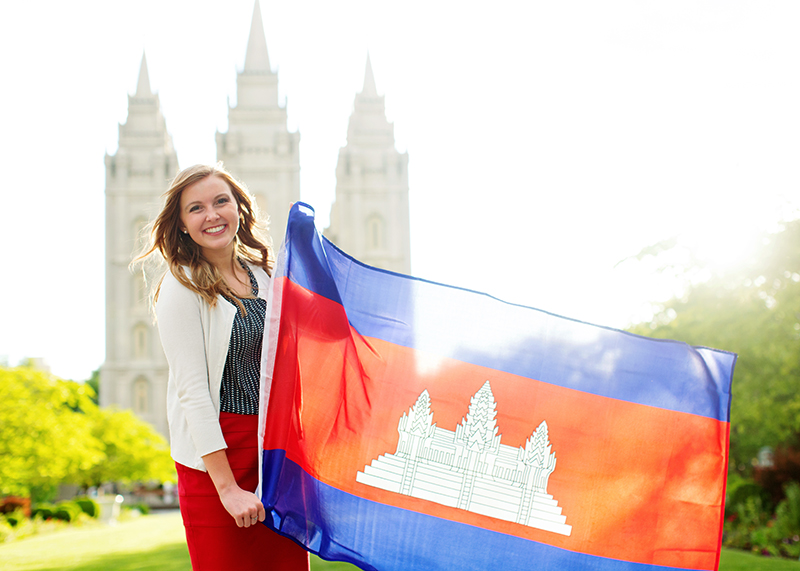 I took Annie Pugsley and Emma Benson’s mission photos on Thursday, and Saturday Ben and I did the temple and reception photos for Grace Jackson and Ben Ehlert’s wedding. It was a gorgeous wedding and we love both of them so much and their families. 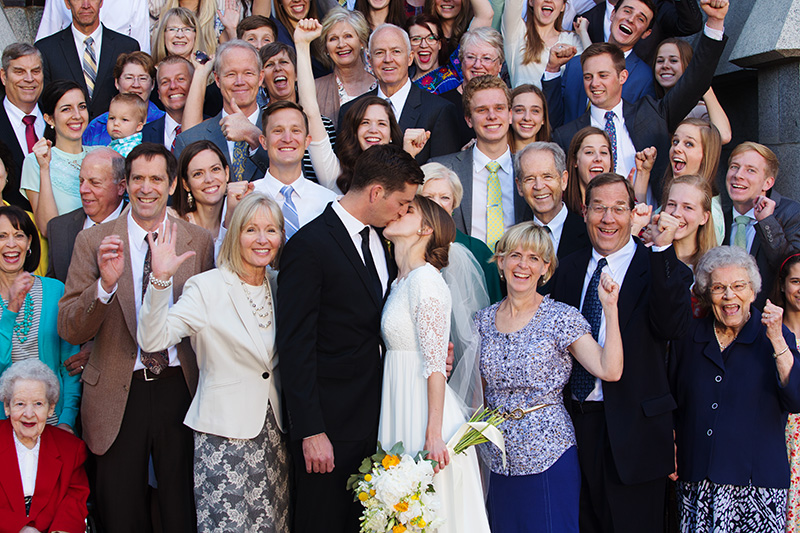 I’m getting Ben fully trained in photography so he can take over for me. He’s a really really good. 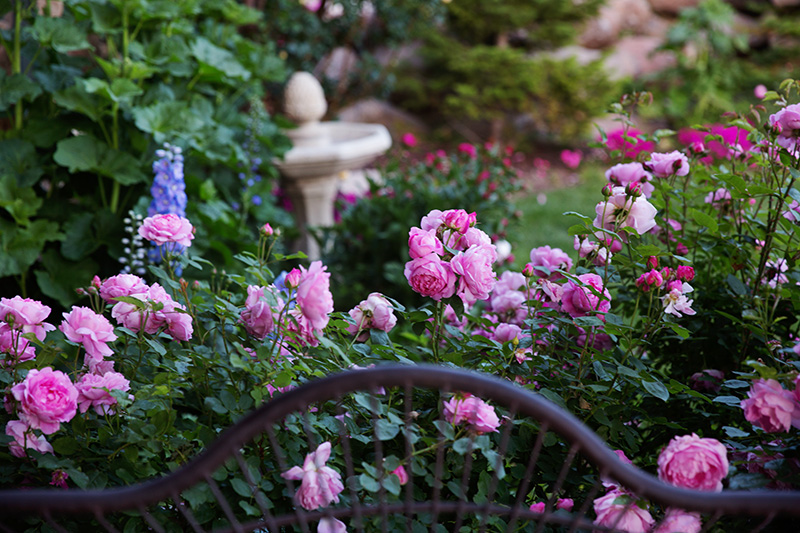 Our garden is amazing right now. Breathtaking. I walk around in awe every morning and evening. 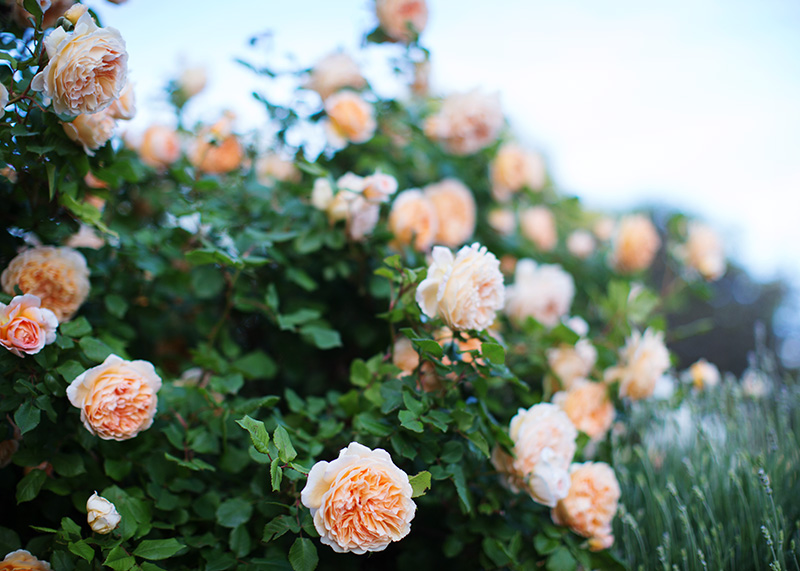 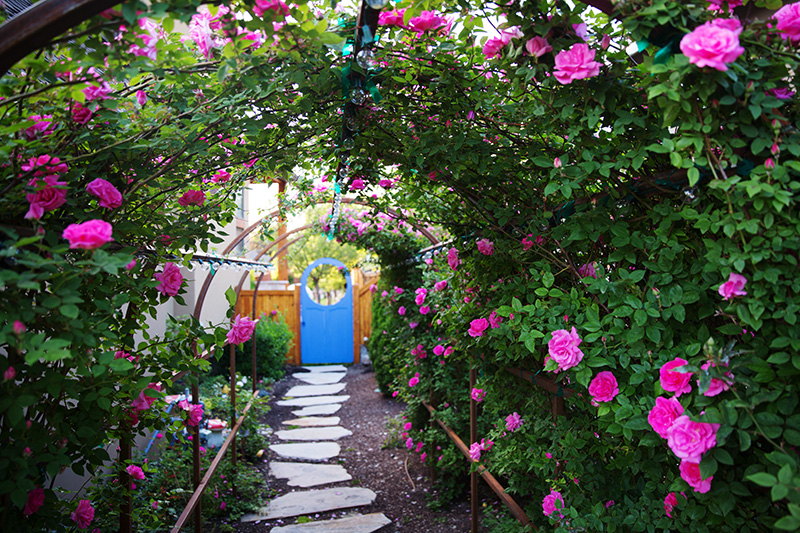 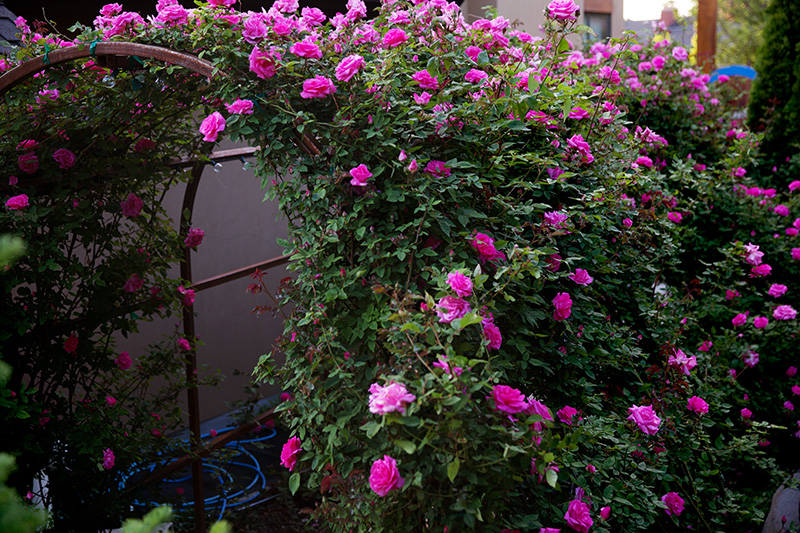 Oh, you know how we told you about the tent we bought last week? Mary set it up all by herself in the backyard so of course we had to sleep in it Friday night. We put on the rain fly just in case and then pulled back so we could look at the stars. I was so glad we had it on because it started to rain in the middle of the night and all I had to do was jump up and pull the rain fly into place. 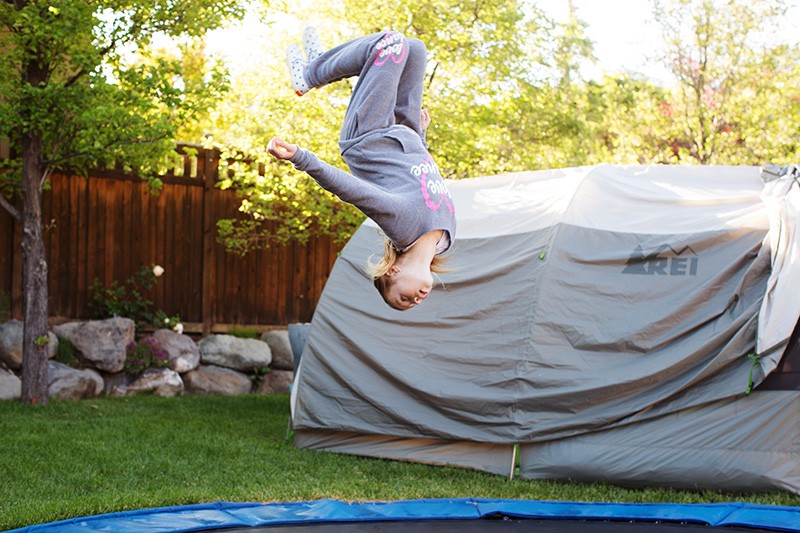 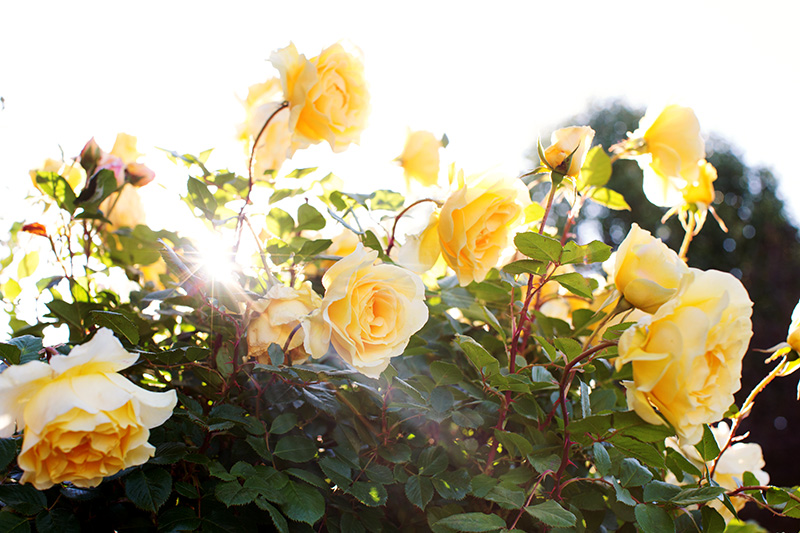 I love you and I miss you every day.

a bouquet of good things

seeds in your life just waiting to bloom