When my wild and crazy friend, Cindy (doesn’t everyone need a wild and crazy friend who pushes you out of your comfort zone?), suggested our girls try out for the Nutcracker, I only worried about the time commitment for practicing and performing. How could I possibly drive downtown and spend several hours away during the busiest months of the year?

In my mind, the audition was merely a formality. Of course they’d want my little dancer/gymnast for the part of buffoon– the adorable little ones who dance out from under the skirt of towering, whirling Mother Buffoon.

Mary is a shy little one, but with a bit of convincing from her vivacious friend Isabelle, she was convinced to venture downtown for the casting call on a Saturday afternoon. 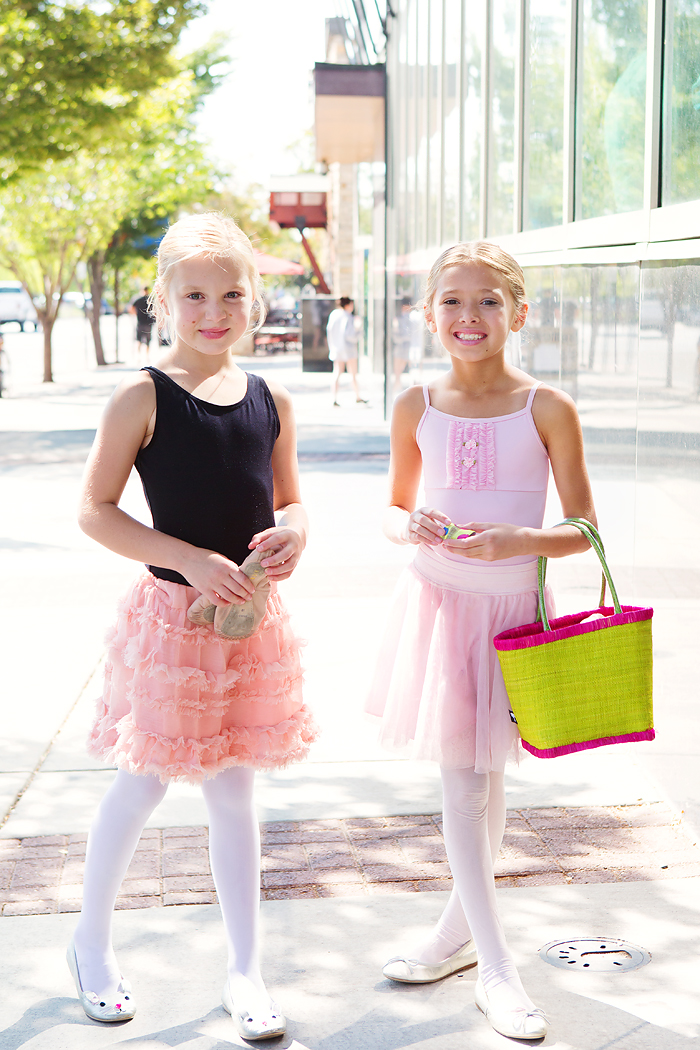 Within moments of entering the theater lobby I knew I was wrong. Everywhere, everywhere, tiny girls tumbled, twirled and practiced the dance I vaguely remembered from Nutcracker performances. They had it down– moms counting the beats, arms and legs in perfect unison, cheeks painted in rosy stage makeup.

Scurrying into a side hall, we settled on the floor to fix Mary’s bun one mother told me “would never stay in place,” and watched in amazement as girls performed handspring after handspring down the corridor.

One mother took pity on my pathetic hair skills– gelling, combing, netting and pinning her wispy tresses into a tight little bun. “My girls have done lots of dance competitions, so I know the drill.” She explained kindly. Another mother offered a touch of mascara, Mary cautiously agreed, “but only the top lashes, ’cause the bottom ones look like spiders.”

A little girl who’d tried out the year before (and not made it) demonstrated the dance for our little ones, but Mary hung back. “I’ll dance when it’s time,” she whispered, “but not out here.”

Still, I was fairly confident. Mary is a natural dancer and gymnast, twirling and tumbling around the house all day. But when the bell rang and 103 tiny dancers ran to the top of the stairway, the collective stress of 103 anxious mothers began to buzz through my veins.

I didn’t think I had much ‘stage mother’ in me, but mingling in the hallway while dozens of mommies compare notes– “no one makes it the first time they try out” “we paid a tutor from a past year to teach her the entire dance” “her gymnastics coach says she’s a shoo-in”– made me wish I’d thought ahead a bit. And then the horror stories, “two out of three girls don’t make it” “I’ve never seen so many little girls sobbing at once” “the cuts are brutal.”

Three of us broke away from the chattering and sat by a window, “What have we done? What are we putting our little girls through right now?” And I remembered, our family theme: We are not afraid.

Who would think Xander could learn video editing and green screen?

Who would think a girl who came from a non-athletic family could run twenty marathons? And FAST!

Who would think Stefan could learn fluent French?

Who would think I could raise a family of musicians with no training of my own?

Who would think Ben could spend two years away from us and teach people in a foreign language?

Who would think Gabe could flourish on swim team, after collapsing two laps in at his first practice?

Who would think Erik could build a chicken coop? Or a deck? Or learn German on a whim?

Many times when my boys didn’t want to do or try, I gently pushed them forward. Because here’s the beauty of trying– if you succeed, you enjoy the rush of accomplishment and often a new experience, and if you fail, you learn ‘failing’ is not so bad. Mistakes and missteps simply propel us closer to the right steps, the elusive path we truly want to follow. Happily, mistakes also guide us away from paths we really didn’t want to travel (like when I owned an online store–ugh, so glad to be done with that). Life is a series of adjustments.

Admittedly, with Mary, I’d been tempted to coddle her a bit more, And there are times to pull back or out of activities. In first grade, Mary was so exhausted by the long school days, I pulled her out of dance and gymnastics from September to January. But in second grade, despite her protestations, I insisted, “Two years of ballet.” She adores it now, rolls the French phrases off her tongue and proudly displays every new step to her daddy.

With ‘falling up’ in mind. I felt a little better about dragging her to Nutcracker auditions, but as the hours ticked by the tension in the waiting room rose to palpable levels. I wouldn’t have been surprised to see shards of lightning crackling across the carpet.

The bell rang again and the mothers moved as one towards the stage door, dozens of little girls form the first cut emerged, tears running down their cheeks, shoulder shaking with sobs, mascara smudges eerily framing little red eyes.

It was awful. I won’t lie. My new friend Jennie and I looked at each in mute horror, then turned our eyes back to the sobbing masses searching for our little girls.

Mary came out a bit later– I thought this was a good sign since they hand out the rejection letters first, then the acceptances– she strode towards me calmly, wrapped her arms around my waist then shook her head, “I didn’t make it.”

My friends’ daughters didn’t make it either and we quickly escorted them out of the maelstrom of emotions. In the car Mary mused, “I’m a little bit sad. But I little bit happy too.”

I asked if she’d done any gymnastics and she shook her head, “They only wanted to see you if you could do four back handsprings in a row plus a round off at the end,” her eyes lit up, “I can’t do that, but it was really fun to watch.”

We drove straight to the fairy festival (my next post, and soon, because I owe Ben lots of blog posts) and had a magical, beautiful night. 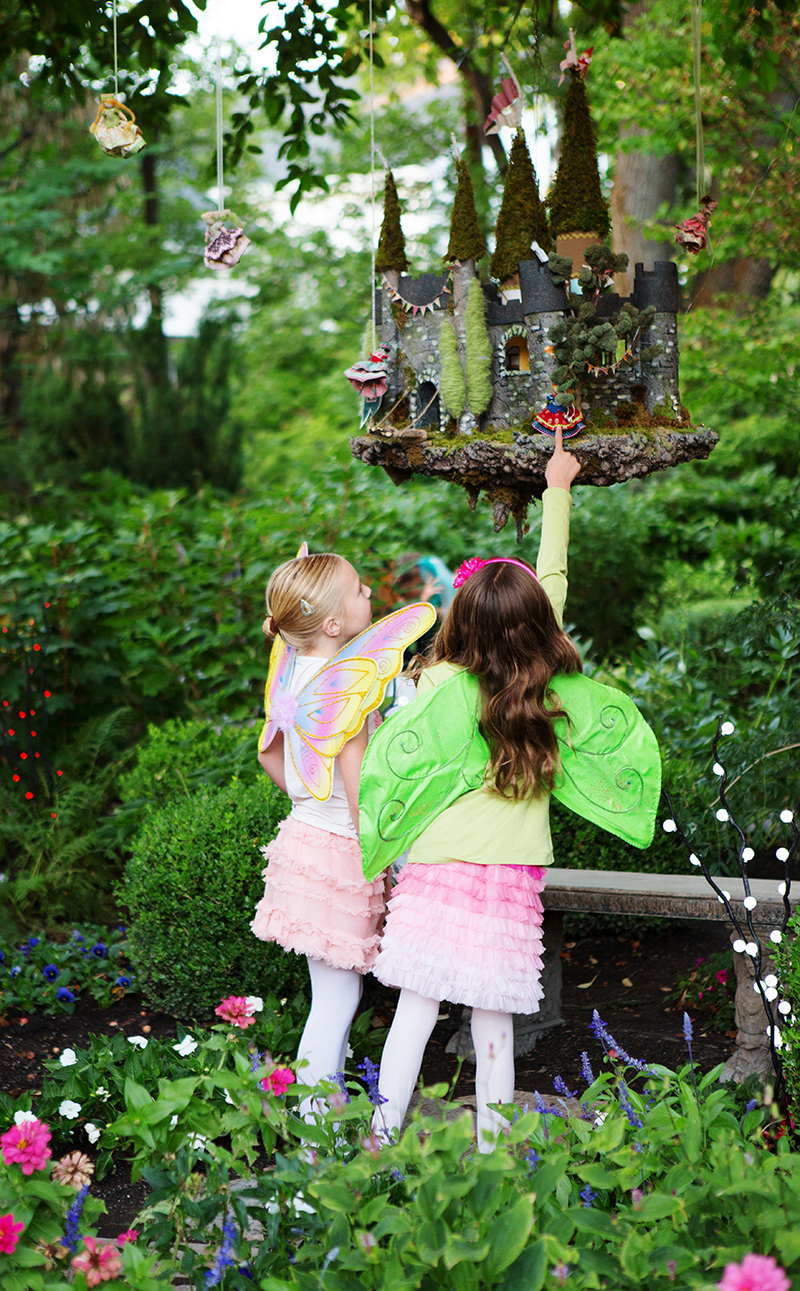 It would have been just fine if Mary had come out of the room sobbing. The lesson would be the same: I can try, I can fail and I’ll be just fine. We would have dried her tears and dusted her hair with fairy dust.

We did feel breakfast in my bed the next morning was in order. 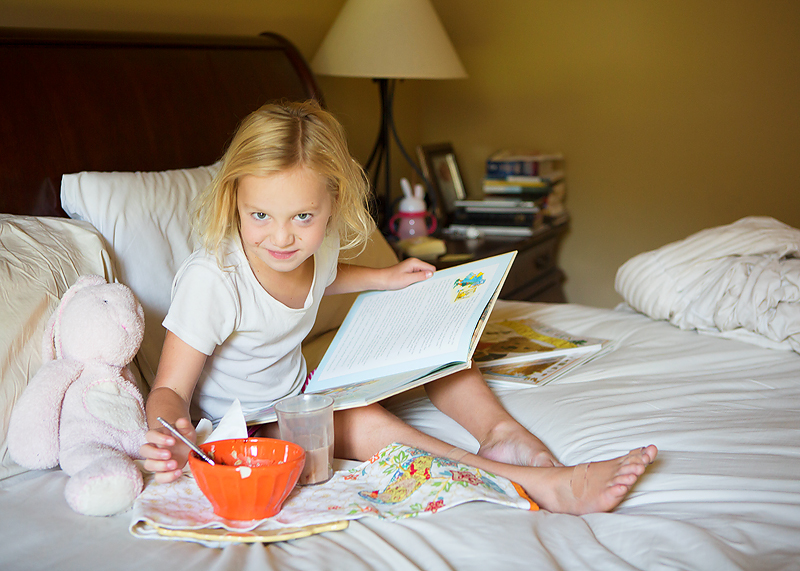 Mary is especially motivated now to “do handsprings just like those girls” and practices ballet with renewed vigor. It’s unlikely she could try out for the same part next year (I think she has growth spurt in store), but she didn’t fail, she fell up.

p.s. and this is obvious, but if you know Mary, please don’t mention the tryouts to her, she doesn’t mind me sharing the story, but she certainly doesn’t want to talk about it.

Do you believe in fairies?