Israel– not as dangerous as CNN reports 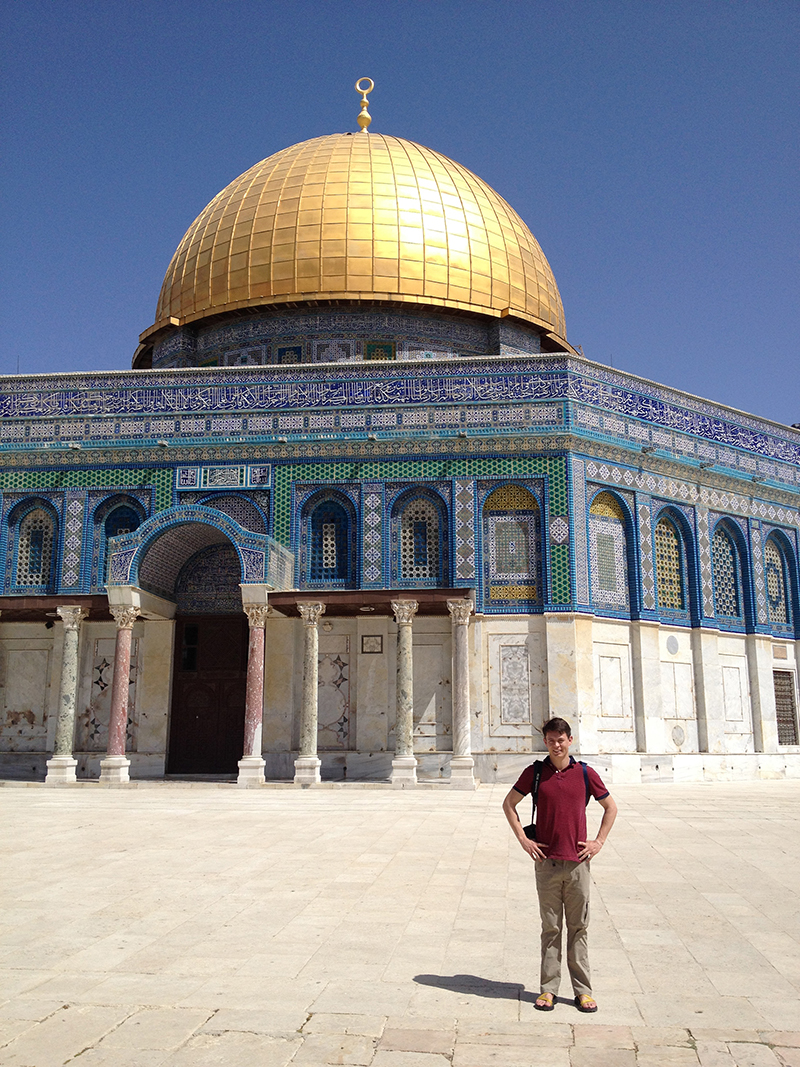 It’s a bit nerve wracking to have a child in Jerusalem right now, but not as much as you’d imagine. As Ben repeats over and over, “Don’t believe the media. They like making Israel look like a war zone.”

The current violence between the Israeli military and militants in Palestine and the events leading up to it have been heart wrenching, tragic especially for the families involved, but daily life in much of Israel remains much the same. Tourist buses still unload their masses in front of all the major sights, employees report to work, international flights soar in and out of the airport. In fact, our friends arrived in Israel today, visited the Jerusalem Center and sent us a photo of Ben early this morning. BYU posted security updates on their website: http://ce.byu.edu/jc/security.php 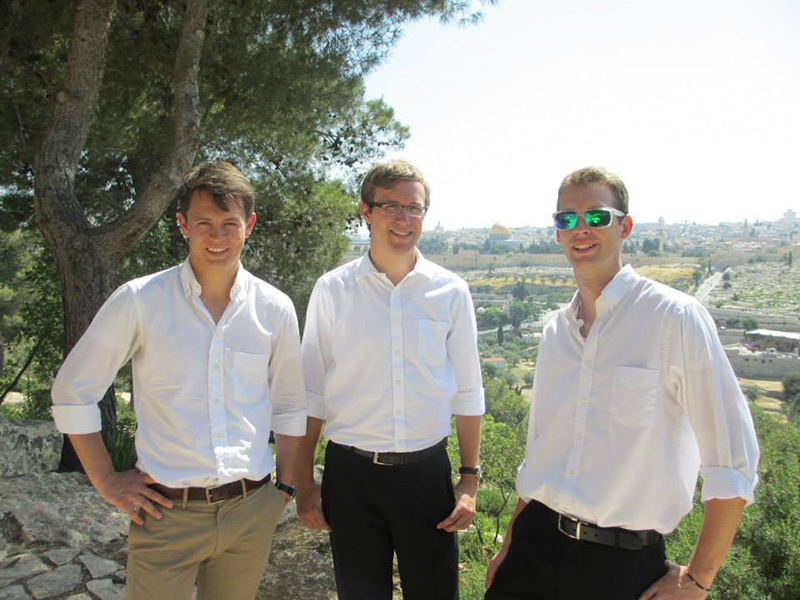 The Jerusalem Center— it’s a place needing/deserving  a bit of introduction. Along with most religious people, Mormons have always been fascinated with the Holy Land. We especially revere the Jewish people and their religion. We feel a kinship to them and honor their dedication to God and their centuries old traditions. Beginning in 1968, groups of BYU students began studying in Jerusalem, staying in rented hotel rooms. Not until 1989 (with several volumes worth of difficulties), was the Jerusalem Center completed and dedicated on the Mount of Olives. I was lucky enough to visit in the fall of that same year. It’s an incredible building– I’ve never seen or felt anything comparable– designed not simply as a university, but a holy place.

Since Ben was a little boy, I’ve regaled him with stories of the Jerusalem Center. But he didn’t think he’d ever actually have the privilege of attending a semester in the Holy Land. After spending two years on a mission (and most of his savings), Ben didn’t feel he could afford the time or money for a semester abroad (I’ll write about this whole young adult financial indenpence thing soon). But everything miraculously fell into place and he boarded a plane in late April to Tel Aviv. 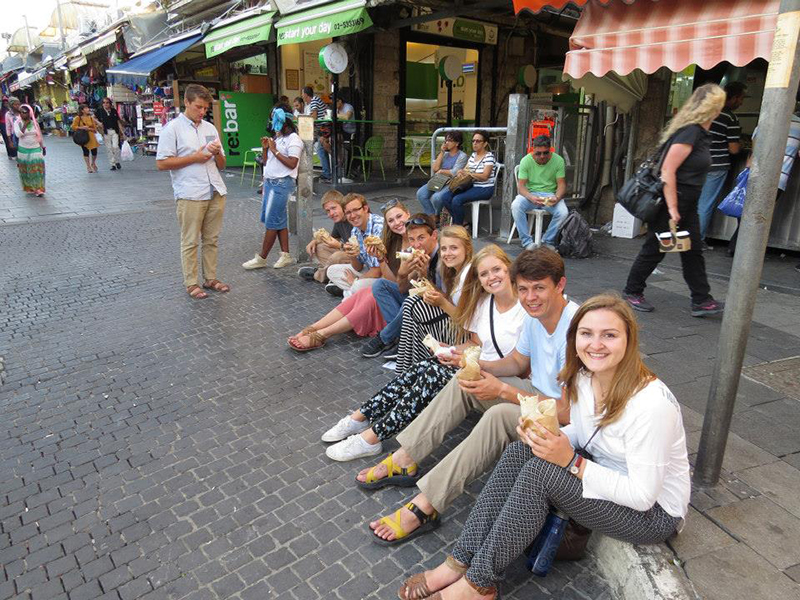 1. While in Israel, the students and staff observe Saturday Sabbaths as a matter of respect. For young adults with a lifetime of keeping Sundays holy– acting as tourists, spending money and swimming on Sundays offers a strange transition.

2. absolutely no dating allowed– especially no public displays of affection in the streets of the Old City

3. you’re not here to tell people about Jesus– throw out the ideas of  “every member a missionary.” Students (and staff) must sign a no-proselytizing agreement with the State of Israel.

4. If you tell anyone outside your immediate family how much scholarship money you received, you’ll lose that scholarship.

Those rules sound pretty serious (and they are strictly enforced) but while they take the rules seriously and the classes seriously, BYU Jerusalem students have a whole lot of fun. 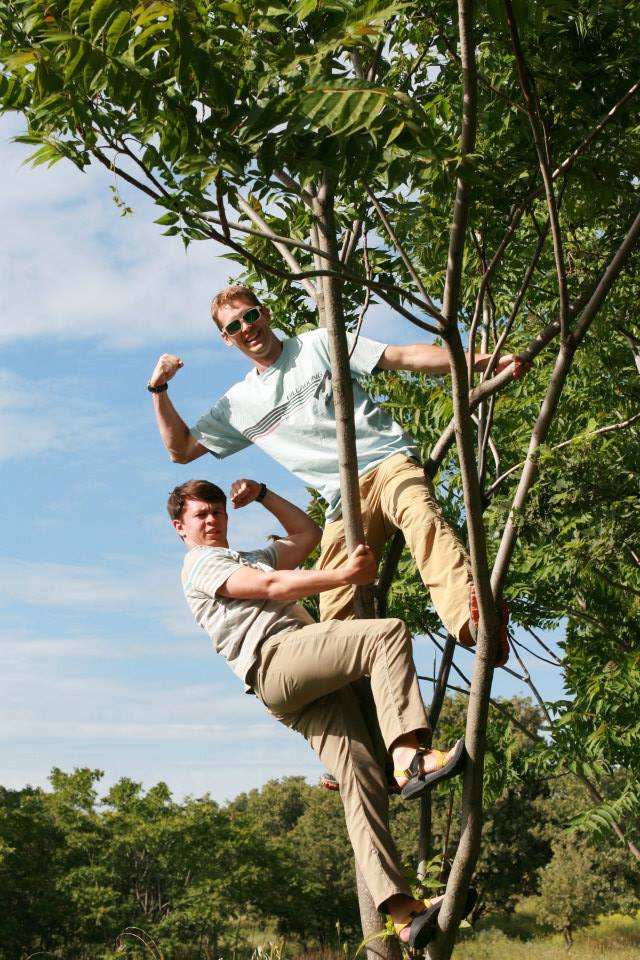 “In some ways,” said Ben, “it’s like going back to high school, or maybe even elementary school when I didn’t even have to pack my own lunch. For most of us, we’ve been missionaries with the world on our shoulders, we’ve been students juggling jobs and bills and homework and now we get to go back to having our meals prepared for us, nobody has a job and plenty of time to talk and laugh.” 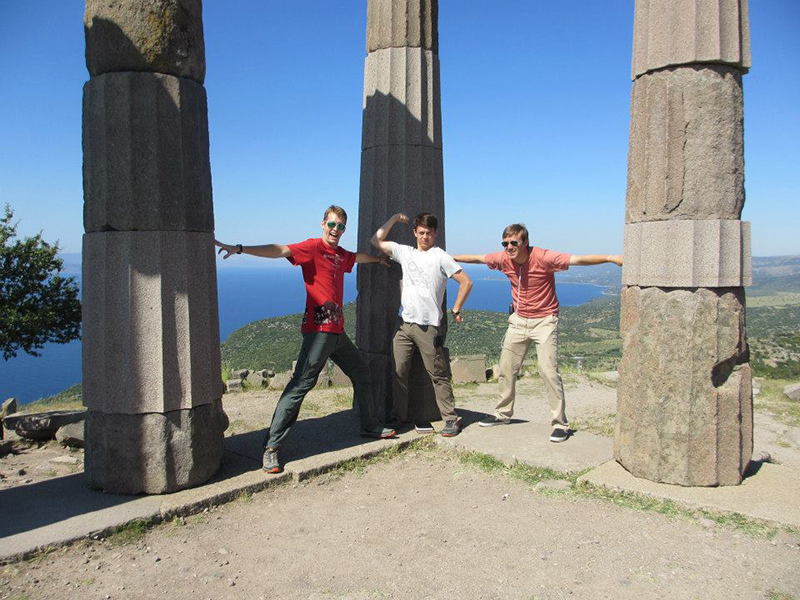 As a humanities major, Ben enjoys every site, every piece of art, every foreign phrase. He asked me today, “Is it irresponsible to learn Greek and Latin too?” (he’s studying Italian, Spanish, French, German and Hebrew). He’s decided to become a professor of Western Humanities and I can scarcely think of a better job for my knowledge hungry boy. “It’s your fault,” he reminds me, “and Dads too. All those books and travel and museums, speaking to me in Finnish and German, training me to play classical music.”

The students take classes in Hebrew or Arabic, the Old Testament, Near Eastern Studies and weekly lectures from Palestinian, Jewish and Islamic scholars. After listening to experts on both sides of the Palestinian/Israeli issue, Ben says, “They both have very valid points. They both have important stories. It’s just a big mess.” 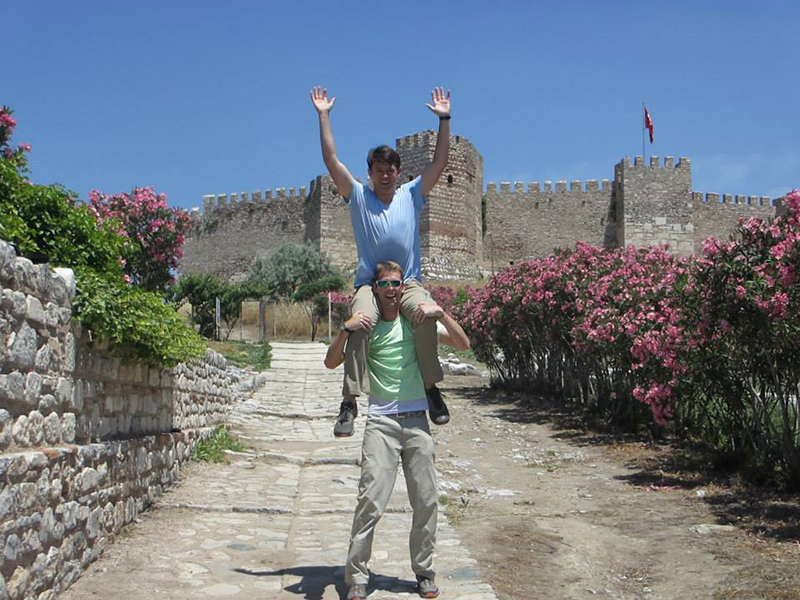 Communication between the Jerusalem Center and home is excellent. They have some sort of phone system where Ben can call any time (and does, at least twice a week). We can text whenever he has WiFi and he writes a missionary type email once a week. It’s SO much better than when he was on a mission. If rockets were flying over Kurgan, Russia right now, I’d go into heart distress. We can’t call or text Stefan at all. We don’t even have a phone number.

Even while missiles soared back and forth, the BYU students prayed for peace in the bomb shelter where they usually play foosball. They’re not distressed, no one wants to go home, they’re simply grateful for the privilege of a few months in Israel. 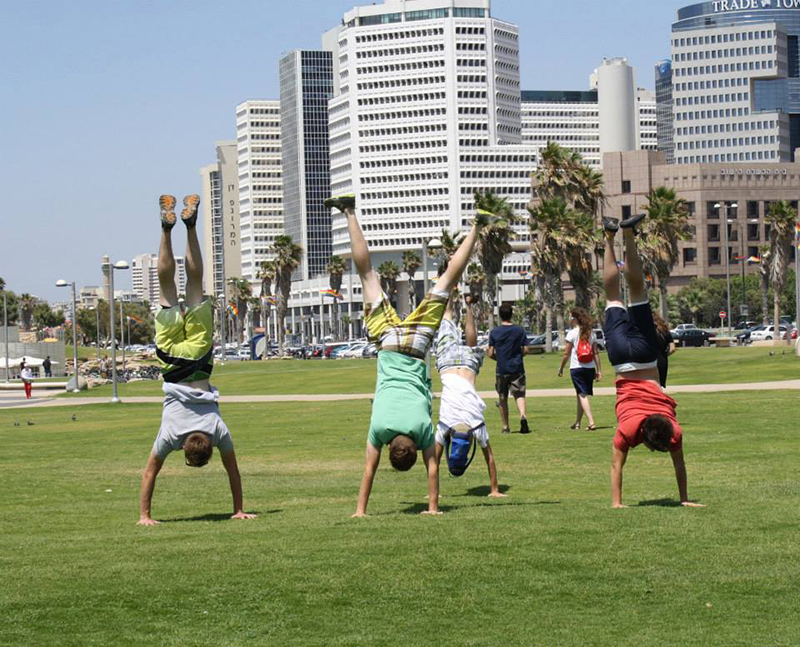 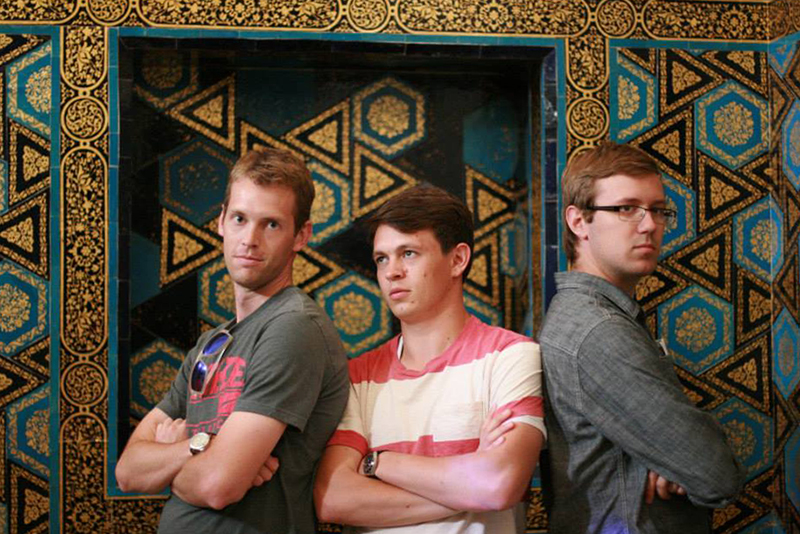 Early in the program, Ben sent home a letter to two of his favorite high school teachers (I think they deserve some blame/credit too):

A few days ago I saw the Hagia Sophia church in person and ‘holy wisdom’ it was amazing. Not only was seeing it a tribute to the greatness of Justinian and Byzantine architecture, but it was also a tribute to your own individual awesomeness. If it hadn’t been for your classes I would have probably thought it was just another cool building, but I wouldn’t have realized just how amazing the dome or the light or the mosaics were.

And that’s happened so many other times since taking your classes! I was a missionary in northern Italy and over and over I would just stumble upon “flash cards” and would go crazy about seeing the real thing and my companions would think I was kind of weird, but I guess that just means I’m kind of like you guys now. I like being weird.

Someday Stefan, Hans, Xander and I will erect some sort of monument to your greatness that rivals the Dome of the Rock or the Pyramids. You will be immortalized in our minds. Also, there are two more Lehnardts to come so if you feel like retiring I think you should at least consider tutoring or starting a school of your own. 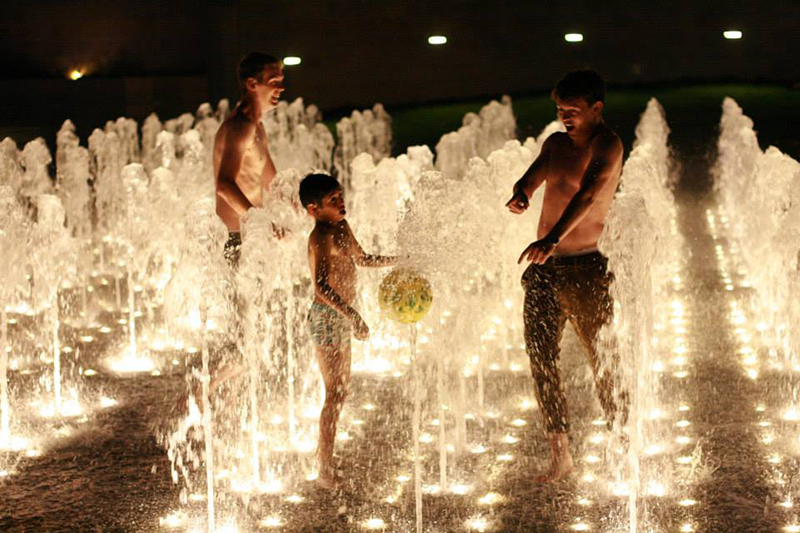 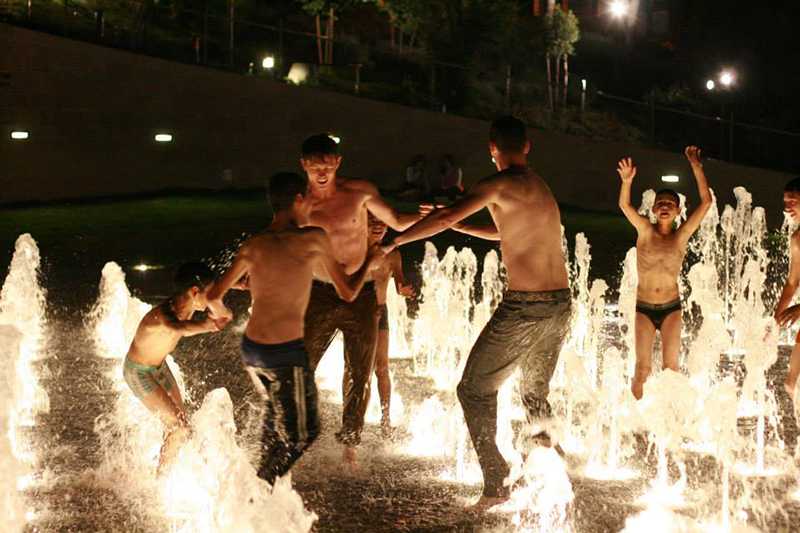