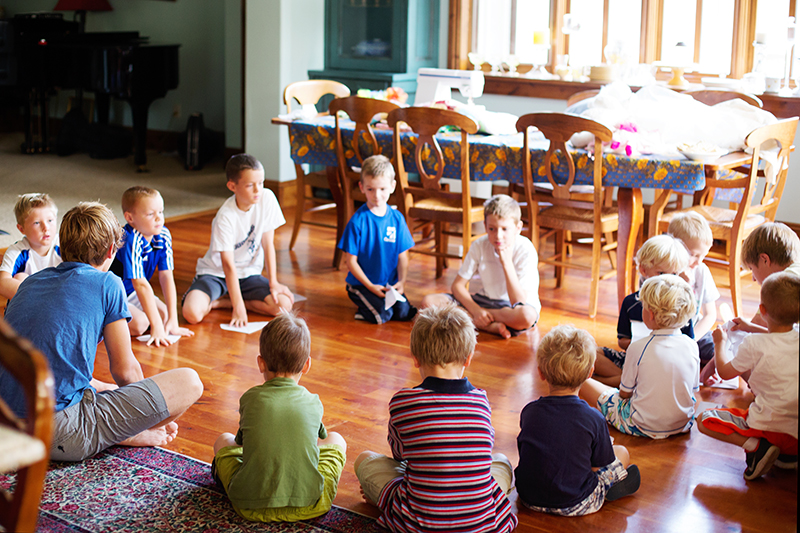 Every summer, girls in our neighborhood pass around flyers for princess camp, craft camp, fairy camp etc. and every year the boys scoff at the frilly flyers saying “We’re going to hold a boys camp with weapons and power tools and manly stuff.”

And this year they did. 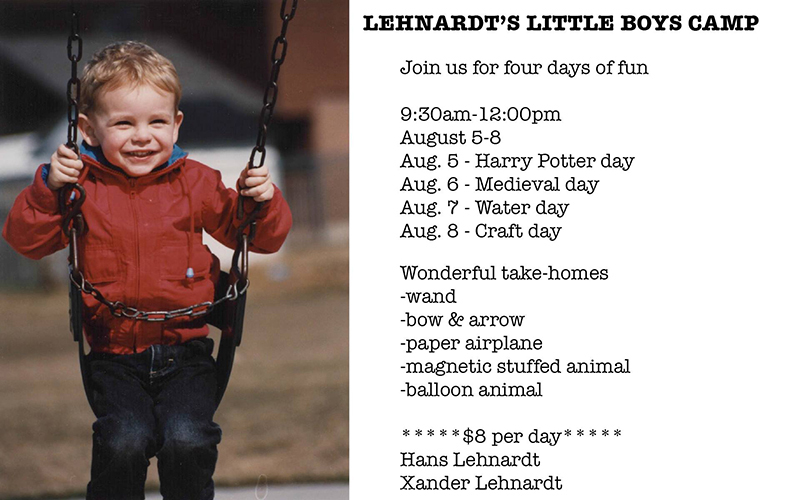 Hans created the flyer using a photo from a slideshow he is working on for a wedding (cute little Brian on the swing is getting married tomorrow) and Xander passed the missives around the neighborhood.
While I was more than happy to help, the boys shut me out of their planning. “You’ll make it too girly, mom.” They created schedules for each day, assembled materials and only found me useful for rides to Home Depot and the grocery store. All the moms complimented me on my creativity when they picked up their boys at the end of each day, but I had to protest– the boys did it all.
For Harry Potter day, wand making, dueling, quidditch, potions (dry ice and such) and magic school were on the menu. 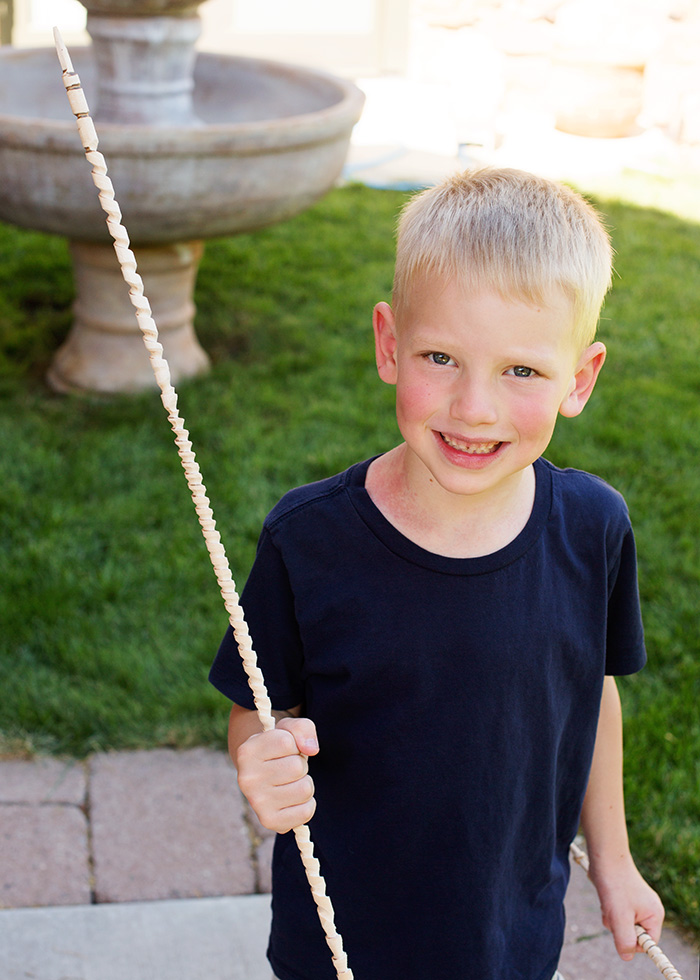 With a wood grinder, they’d learned to make incredible wands in just minutes. The little boys gave their specifications while Hans worked his magic. Why have a normal wand when you can have one as tall as you? 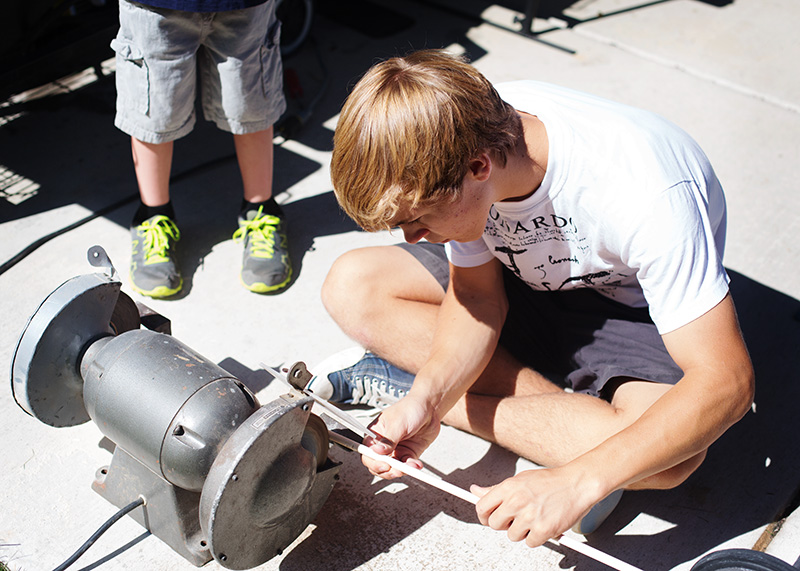 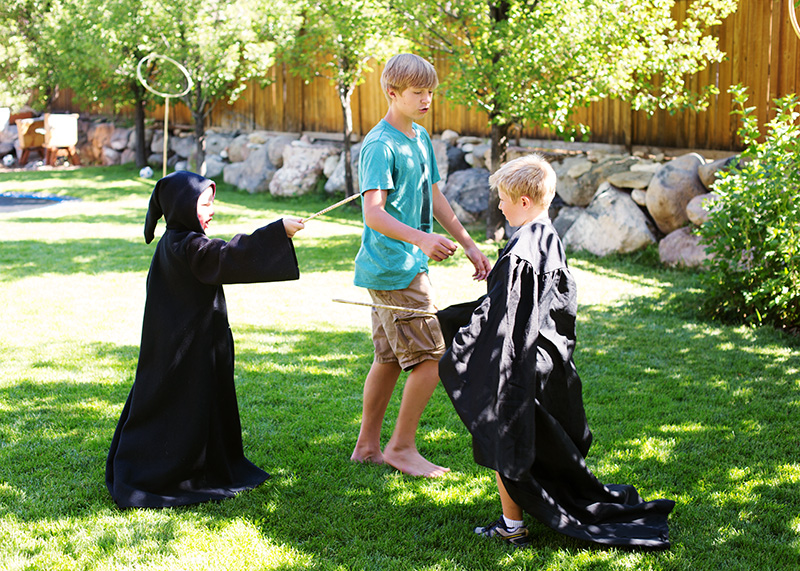 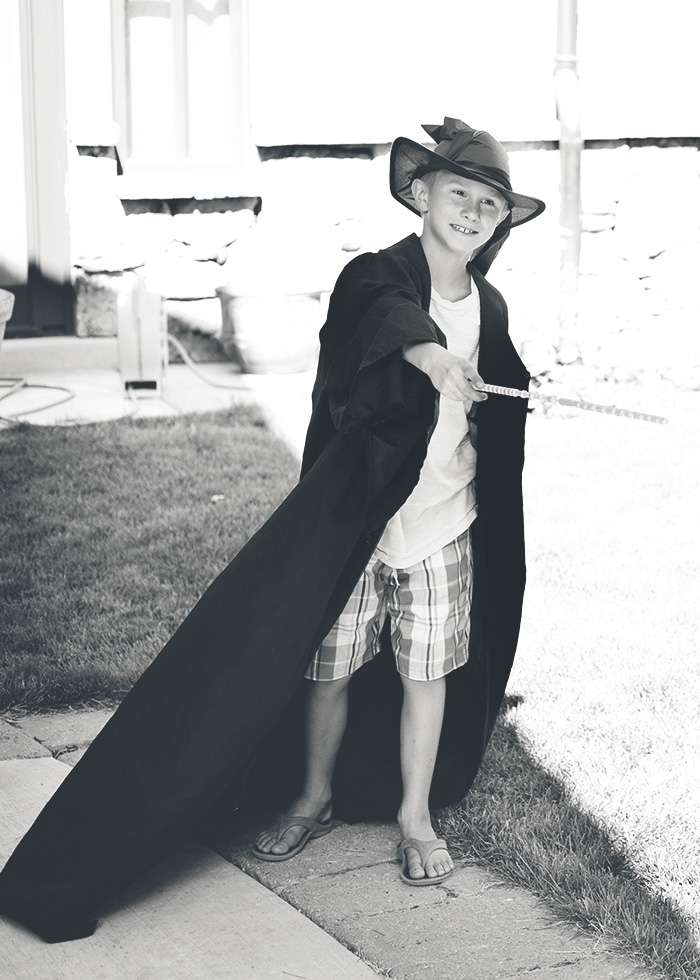 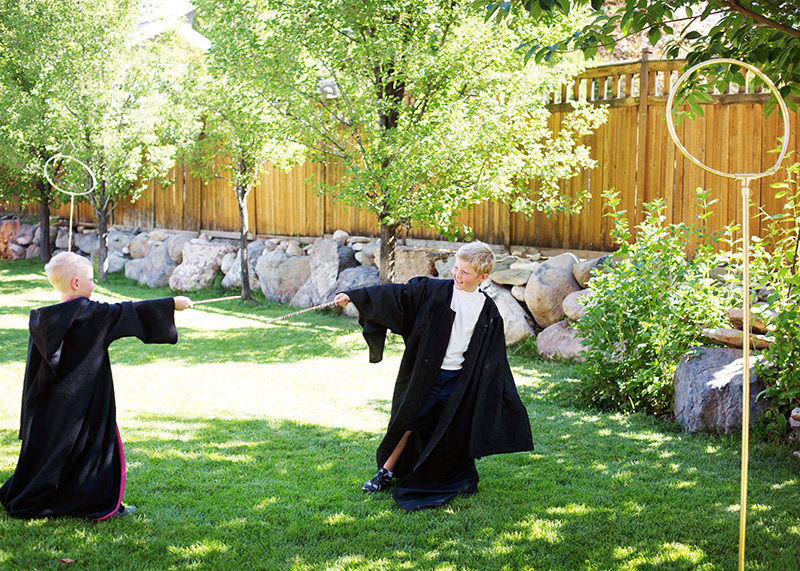 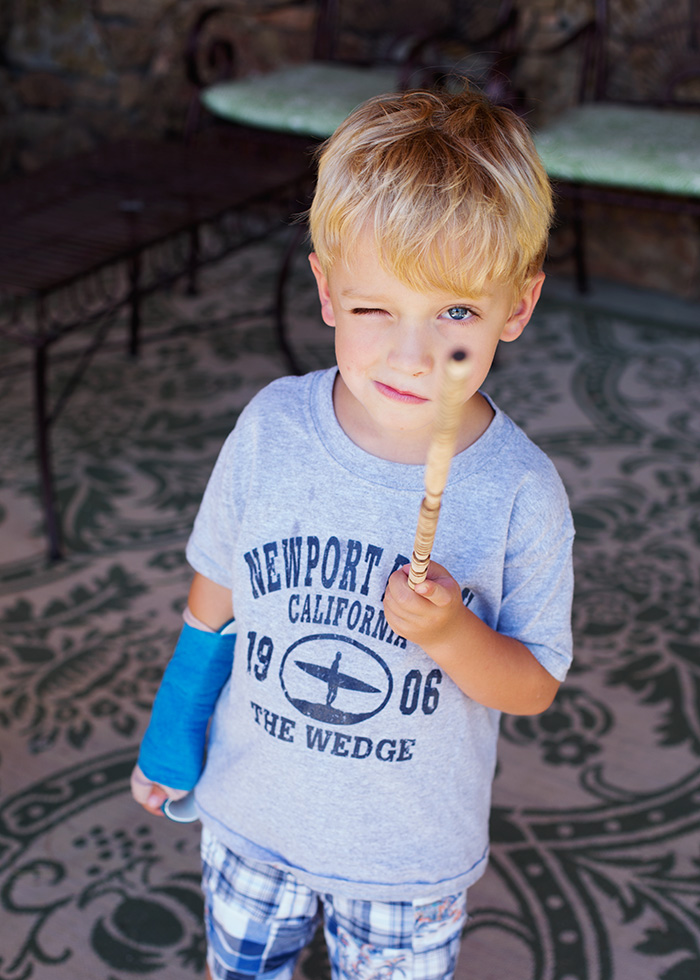 The second day dawned with more little campers for medieval day. By far the biggest hit were the boys and arrows. Each boy decorated and strung his bow and padded the arrows. The boys helped them create a nice curve with a (very small) blow torch. 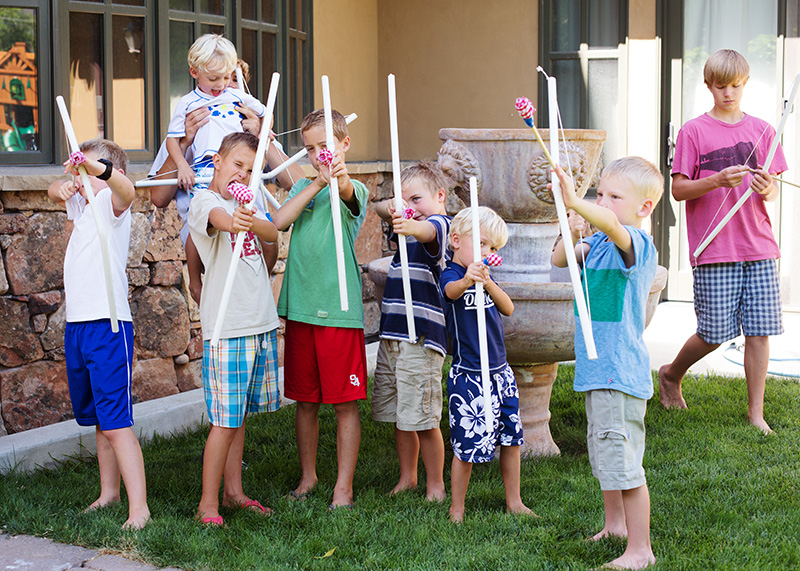 Once they perfected their aim the boys ran through a medieval obstacle course. 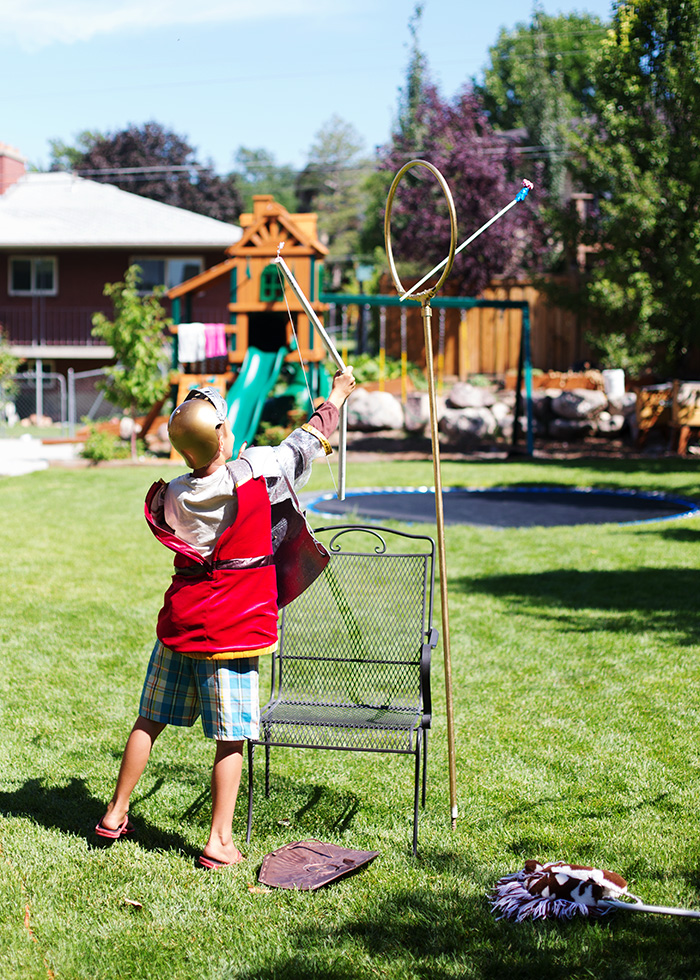 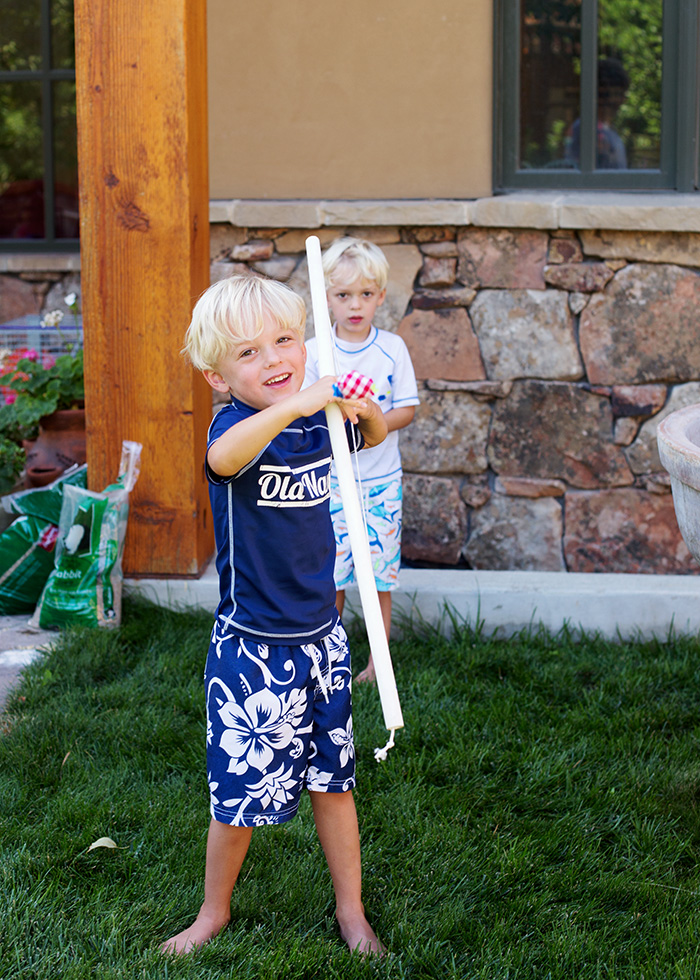 Poor Mary in the background with her cardboard sword. 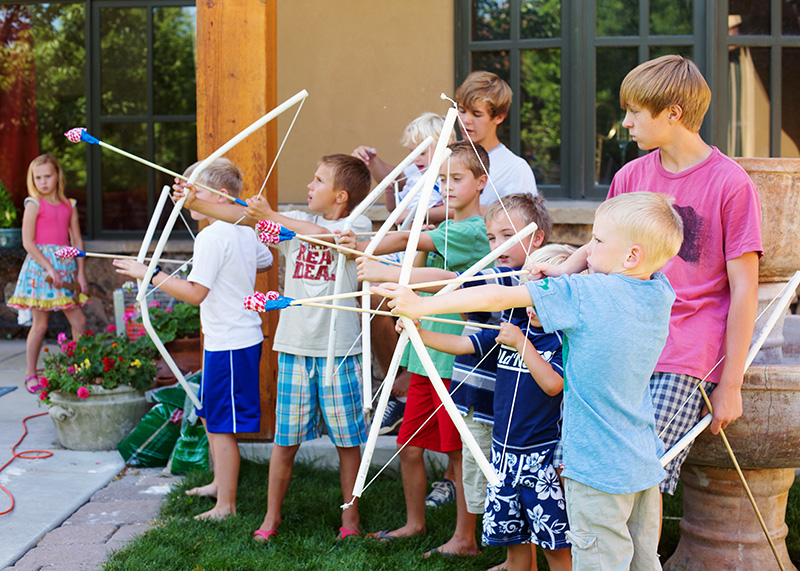 The snack each and every day was Hansie’s childhood favorite: saltines, cheese and grapes. “We don’t need variety. We don’t need anything cute.” 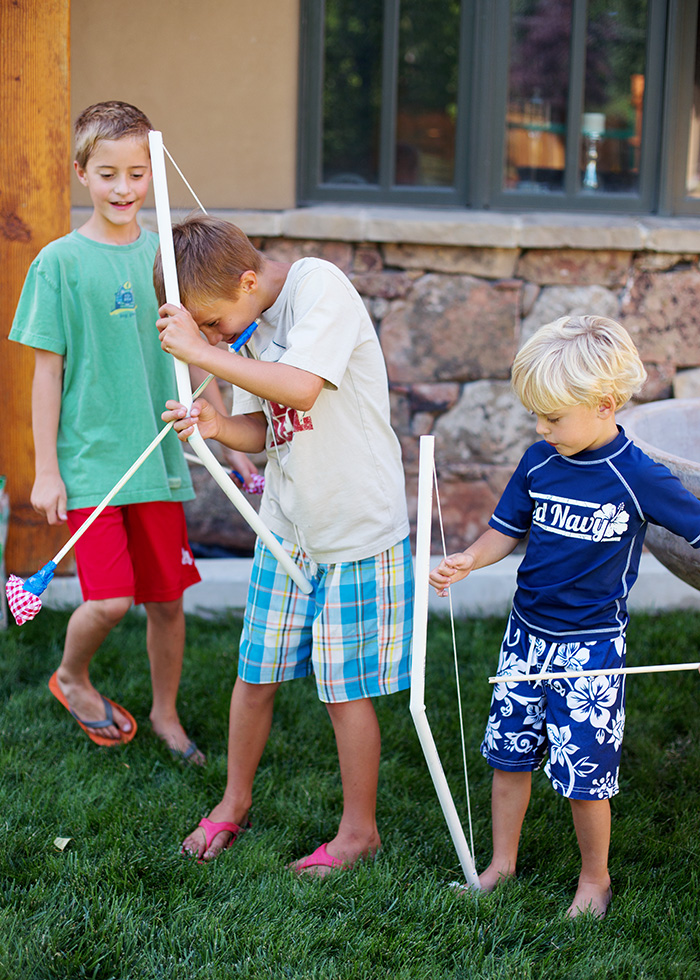 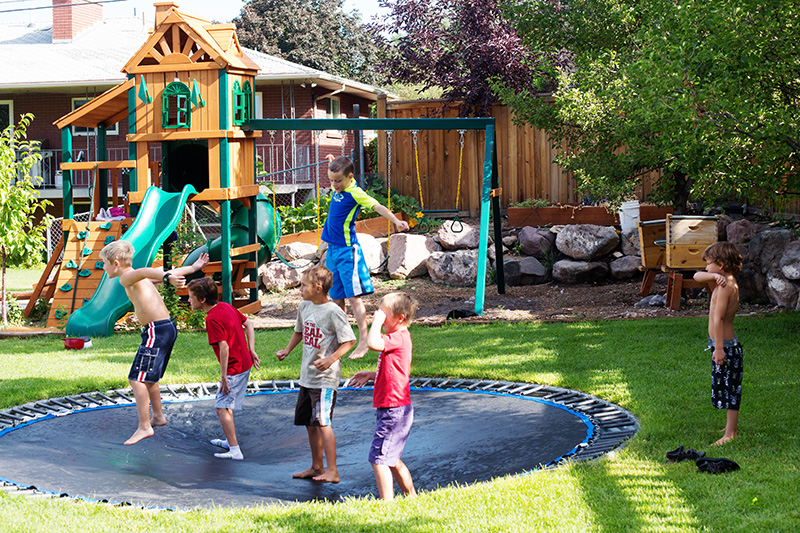 Next came water day, ie. Hans and Xander fill up hundreds of water balloons and ‘supervise’ games and volleyball and finally an all-out water fight. This game is called “catch the water balloon.” I loved watching Hans and Xander work together, solve problems and delegate responsibilities. 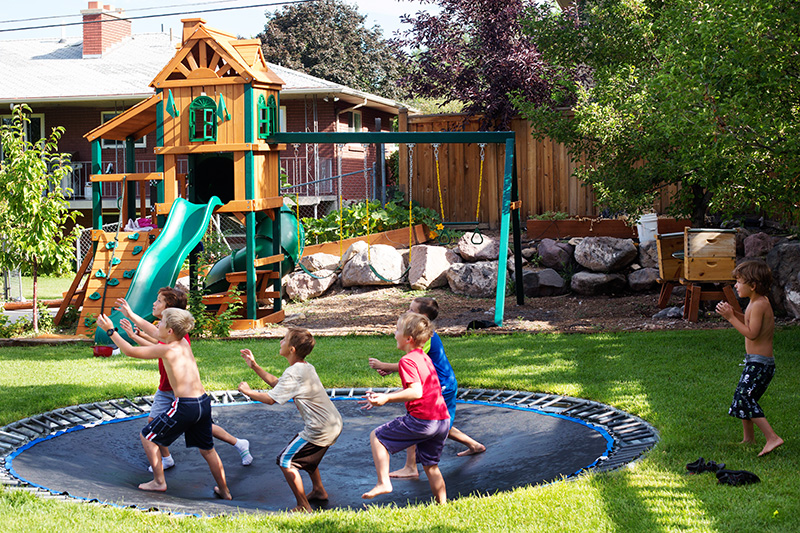 Last, was craft day. By this time their fame had spread and twelve little boys showed up on our doorstep. Paper airplane making was surprisingly popular (especially when they fly them from our balcony), balloon animals and the boys favorite creation– magnetic stuffed animals. Again, I don’t have many photos but they sewed magnets into little stuffed animals so they could climb the walls and refrigerator. 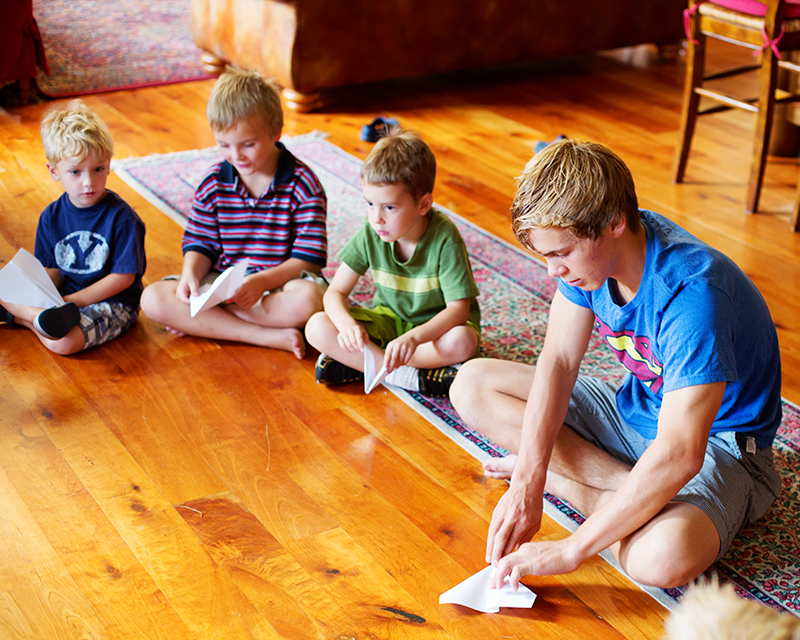 Unwittingly, the Hans and Xander became role models to these little boys. The boys wanted to know everything about them and will likely be watching them for years to come. Likewise, Hans and Xander loved their little campers and went around the rest of the week quoting funny things they’d said or done. As Ben said, “It’s like Hans and Xander found a bunch of kids to play with and got paid for it.” 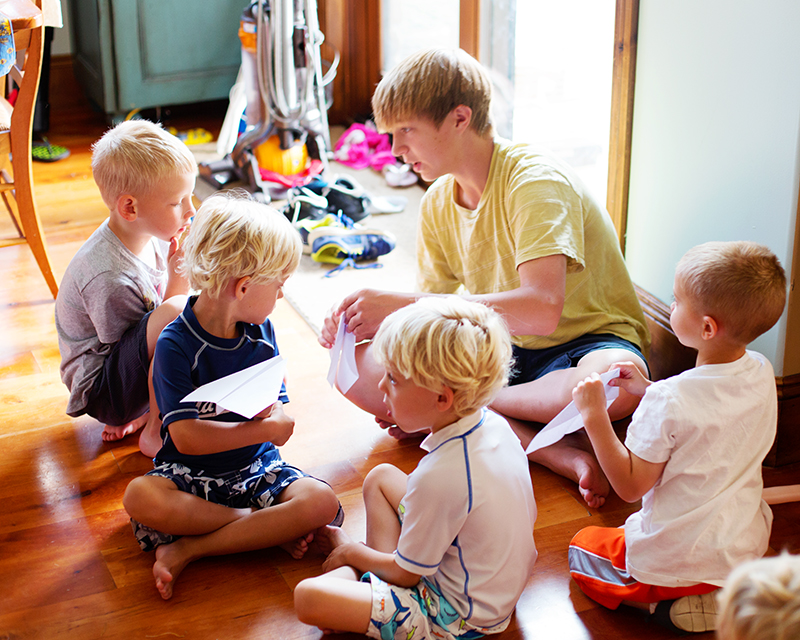 Little boys may grow up to be big boys but they’ll always love bows and arrows, playing with power tools and running around the yard with a battle yell. 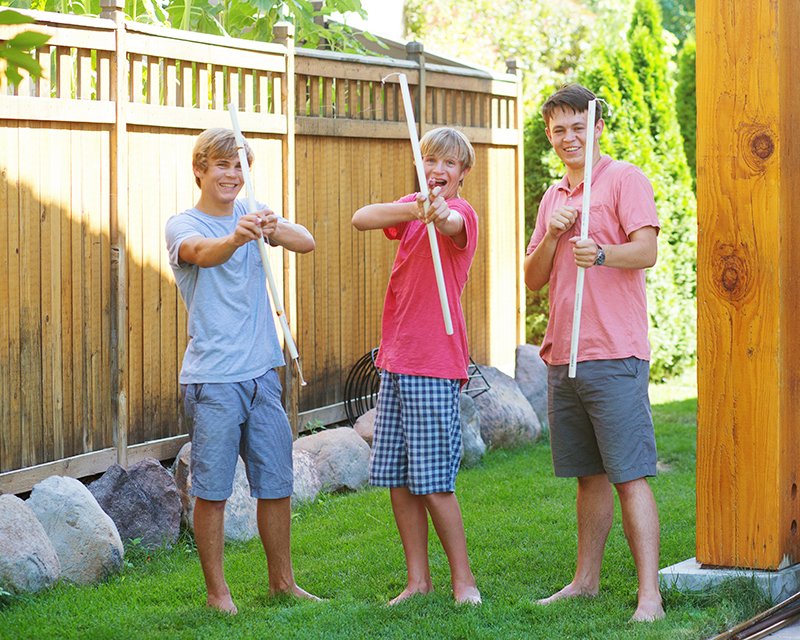 Seriously, they played with these for hours yesterday.