look up, look out 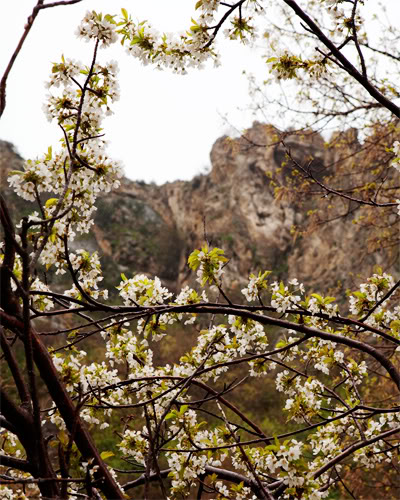 Today I ran along the Bonneville Shoreline Trail– a paved/dirt path that curves along the Wasatch Mountains and offers spectacular views of both peaks and valleys. My local segment is among the most ambitious, with three bridges that guide cyclists and runners over the multiple freeway lanes at the mouth of Parley’s Canyon.

I love running this path. Watching the cars and semi-trucks speed by below makes me feel strangely powerful as I traverse the gap. It’s the ultimate cross-walk.

But today, I was disturbed that every few feet on the path was spray-painted with crude, disgusting messages. Not artful graffiti, but lewd, crass expressions and images. As I ran, I tried to formulate a plan to paint it over clear it out erase it all, but as the miles clicked by and the profanity continued I was overcome with the enormity of the problem. It literally brought me down.

And then I crested the last hill and ran to the center of the third bridge. Safely suspended by tons of steel and cement, I followed four lanes of traffic buzzing below. My eyes swept up Parley’s Canyon where clouds shrouded the peaks, then down to the vast Salt Lake Valley, green and blooming and thriving below. 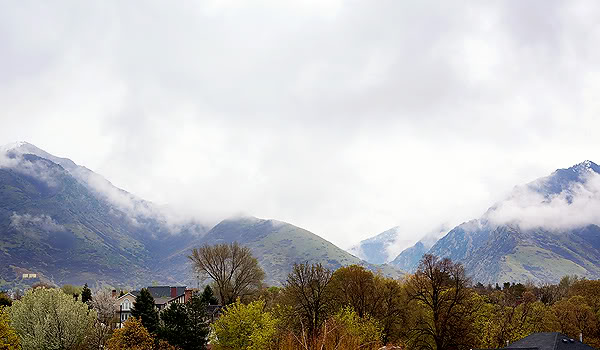 I was missing it.

Fixing my eyes on the trashy pavement brought only frustration. I absolutely couldn’t erase the graffiti during my morning run(maybe later) but at the moment it was only destroying the rare pleasure of extending my lungs and legs on a Saturday morning. I only had to look up and look out to see a wider view.

You’ve already caught the parable here, so I won’t beat it down. But isn’t it easy to look as the overwhelming garbage of life–it’s everywhere, and often overwhelming– and lose sight of the goodness all around?

So I have new resolve, when the ugliness spreads before me and sometimes, piles up to my shoulders and above my head, I won’t dwell on problems I can’t solve. I won’t let them become part of me, just as I won’t let the graffiti join my vocabulary.

I’ll look up and look out and find peace. 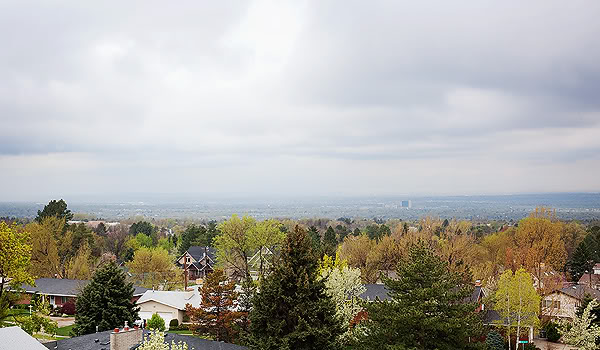