At dinner tonight I complained that I’ve been trying to write this post since Saturday and no one will give me five minutes to finish it (silly kids always using the computer for homework, don’t they know it’s my toy?).

Erik asked, “What are you writing about?”

“Ah, I bet you’re wearing out the thesaurus looking up synonyms for ‘annoying’.”

Here is the dance of parenting teenagers:

stop asking so many questions

I NEED you right now!
And so I’m waltzing along, trying to remain invisible yet constantly available.

Since I don’t want to receive hate mail from my future daughters-in-law I make my teenage boys do their own laundry, clean their bathroom, make their lunches. Sometimes I feel a bit lax in caring for them but they still find plenty for me to do. Mostly it’s shopping lists: folders, new deodorant, socks… but they find other uses for my limited skill set.

Because Ben would rather roll naked in a bed of carpenter ants than go to the mall we shopped for a homecoming outfit via cellphone.

“Do you like this shirt with this tie Ben?”

“Love it! You have the best taste mom.”

He’s charmed me now, “How ’bout pants? Do you want new pants?”

“Whoa mom. I already have dress pants. Are you sure you want to spoil me? Am I really a two pant kid?

“Just give me your size kiddo.”

Erik is useful too. Friday night Stefan burst through the front door at 10:15 p.m. “There’s been an accident. My friends….. prank…..help…!”

The boys were coming home from a party and decided to play the “rope game.” Have you heard of the rope game? It’s completely stupid. Which means that 14 year old boys love it.

Two boys stand on opposite sides of a residential street and pretend to hold a rope. If a car slows down they simply drop their arms and shrug their shoulders. But if the car drives through the boys pretend they are being pulled by an invisible rope. Either way they laugh themselves silly.

You’ve already figured what happened Friday night. A car slowed for the invisible rope and ‘WHAM!’ a Jeep speeding down the hill slammed right into it. Erik arrived on the scene within minutes and gave Stefan’s friends some very good advice: “Be 100% honest, tell the police exactly what happened but don’t say, ‘It’s all my fault.’ Don’t take the blame. That’s a judgment call.”(many thanks to our fabulous insurance guy, Dave, who gave us that counsel. Hi Dave!)

By the time I walked up the street there were three police cars, two ambulances, a fire truck and every teenage girl within miles gathered on the street. It was a circus. Two girls went off in stretchers but thankfully only had whiplash(they still went to homecoming the next night). The pranksters were an emotional mess. The second car was cited for speeding but Stefan’s cute friends are headed for juvenile court.

So uh, yeah, read this to your boys and tell them even little pranks can land them in the big house.

Ben needed me even more on Saturday morning because his quartet has a gig and they needed photos and business cards(twist my arm and make me take a picture). He also needed my car.

He got home from his gig and called my at Hansie’s soccer game, “Mom, did you borrow my headphones this morning to go running?”

“Mom, I’m OK with you borrowing my stuff but you have to put it back. You lose things.” And this is true. You’ve been warned. Don’t loan anything to me. I’ll lose it or forget about it. I really meant to put those headphones away but life is so distracting.

60 seconds later he called me back, “I found the headphones. I’m sorry I yelled at you, And um, thanks for letting me borrow your car this morning.” (Hmm, did I sense Erik giving him the evil eye in the background?)

Another hour, another phone call,”Mom, I’m going to pick up M. and these flowers look terrible.” I walked him through cutting off the price tag, finding the ribbon, tying a bow…

“I just wish you were here mom.” (did you hear my heart sing?)

Later I met Ben and his group of friends for pictures. The photo packages at the dance are expensive, yucky and standing in line takes half the night. So the guys were happy to hire me (for the price of a chocolate bar) as the group photographer.

I realized after arriving that it was a really sweet deal for everyone but Ben’s date. We took the photos in her gorgeous yard and while everyone else felt free and easy she had her parents’, her siblings’ and my eyes upon her. Poor girl. Good thing she holds up well under pressure.

I won’t bore you with individual photos of all 10 couples (and the silly poses and the group shots) but here is an unstaged moment of Ben and the lovely Miss M. 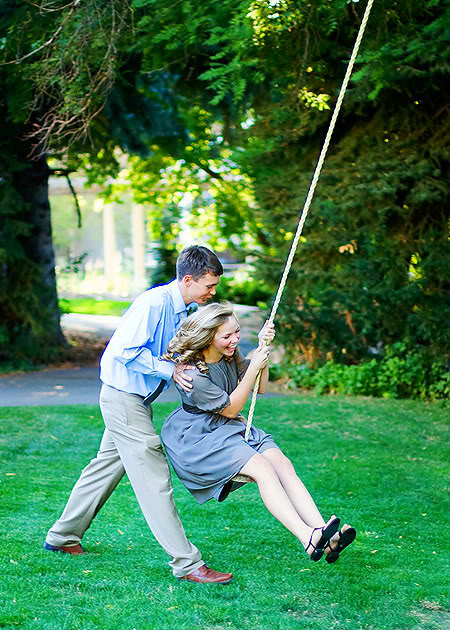 Later we took the little boys to a concert and when we came home Stefan(who had his own violin gig that night) was reading on the couch, waiting for us(it wasn’t much of a social evening since his friends were meeting with the sheriff). I put the small people to bed while Erik ate ice cream and talked to Stefan. Coming downstairs and seeing them eating my secret stash of New York Super Fudge Chunk I started banging cupboards, sweeping the floor, changing the kitty litter and grumbling, “Sure, sure, sit and eat ice cream while I do all the work!”

Stef stole off to bed and Erik looked at me, “I’m sorry. I just thought talking to Stefan was a little more important than a clean house right now.”

And so I end on a bittersweet note. Because I missed that moment. And next time I’m going to recognize it. I’m just grateful that Erik is here to show me how.