I’m scrambling to write this post before they announce the winner of the sophomore elections, because, really truly, win or lose, running for office has been a fantastic experience for Xander and that statement won’t sound quite as sincere after the results come in. 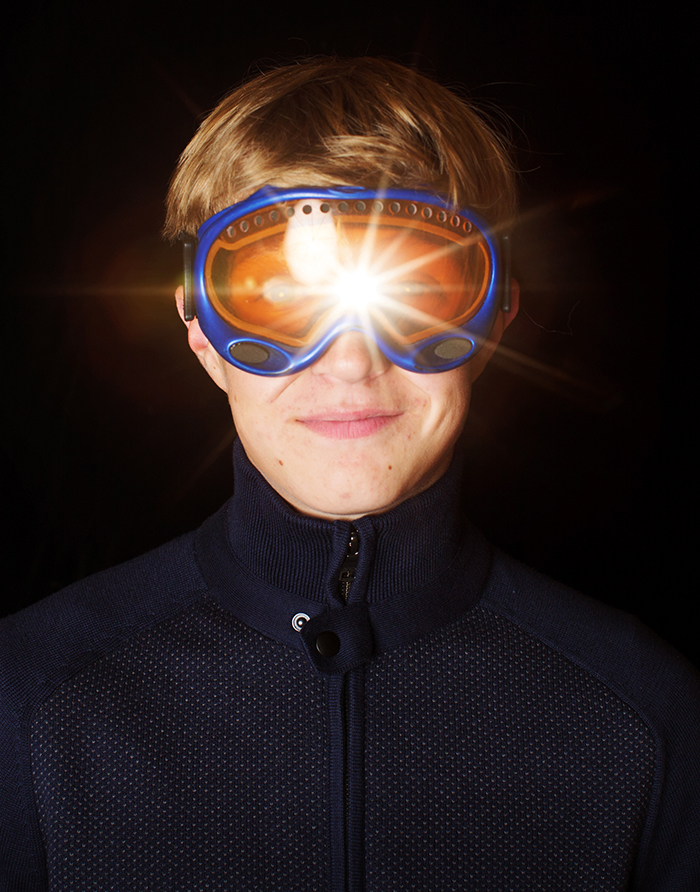 A year ago, I don’t think anyone imagined Xander running for class president. Maybe I can sum it up with this conversation with a friend:

Friend: “My son tells me Xander’s running for office. And he thinks he’s going to win.”

I could tell my friend wanted to say more, but hesitated. “I thought Xander was a really shy kid. A really academic kid.” she continued, “My son says having a really cool older brother helps a lot. He says he could win the election with a brother like that.”

Now, don’t take that as an insult against Xander. We try to follow Lady Grantham and take everything as a compliment. More than anything, it’s a huge compliment to Hans and his friends. I’ve said it before, and I’ll say it again, I am constantly amazed and incredibly grateful for the way Hans has included Xander and built him up. I won’t lie, Xander struggled through junior high. He felt pretty lonely much of the time– so remember, things can get better, things can get better.

Despite his ‘really cool older brother’ and senior friends, Xander was still extremely hesitant to run. But it’s a once in a lifetime opportunity to serve in office with Hans and the least painful election process of all; one week of campaigning, elections were yesterday, the results will be announced today. If you lose… no big deal. 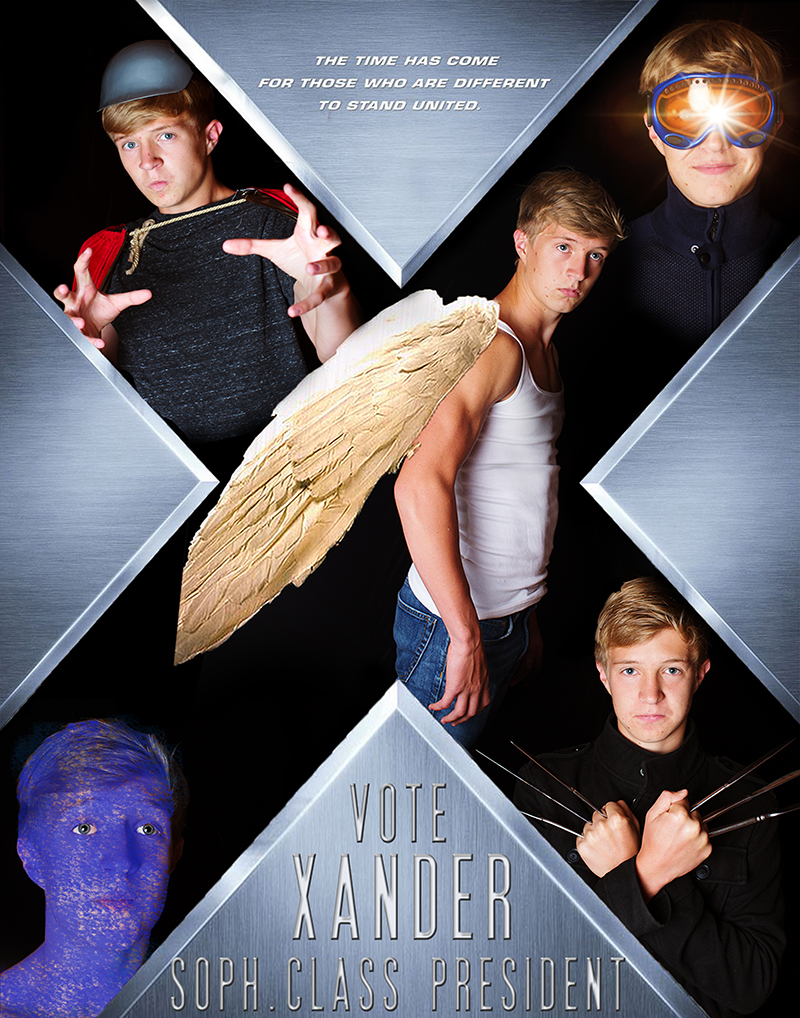 We went with the X-men theme, because if your name starts with X– what else is there? And then we got to work making X cupcakes. Hundreds of them. 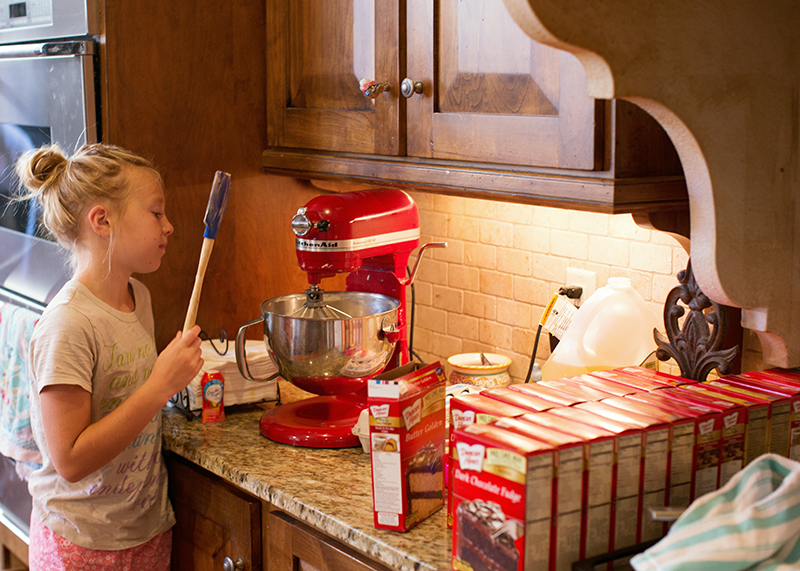 Candidates at Skyline can spend no more than $100 on a campaign including posters, hand outs etc. And what’s cheaper than cupcakes? We bought 30 boxes at $1 each and made about 900 cupcakes.

It wasn’t as hard as it sounds. We had it down: throw two boxes in the mixer, add oil and water, crack the eggs, fill the pans. The funny thing was, many many kids said they were the best cupcakes they’d ever eaten (which is kind of sad). I do make good frosting, maybe that’s the trick? 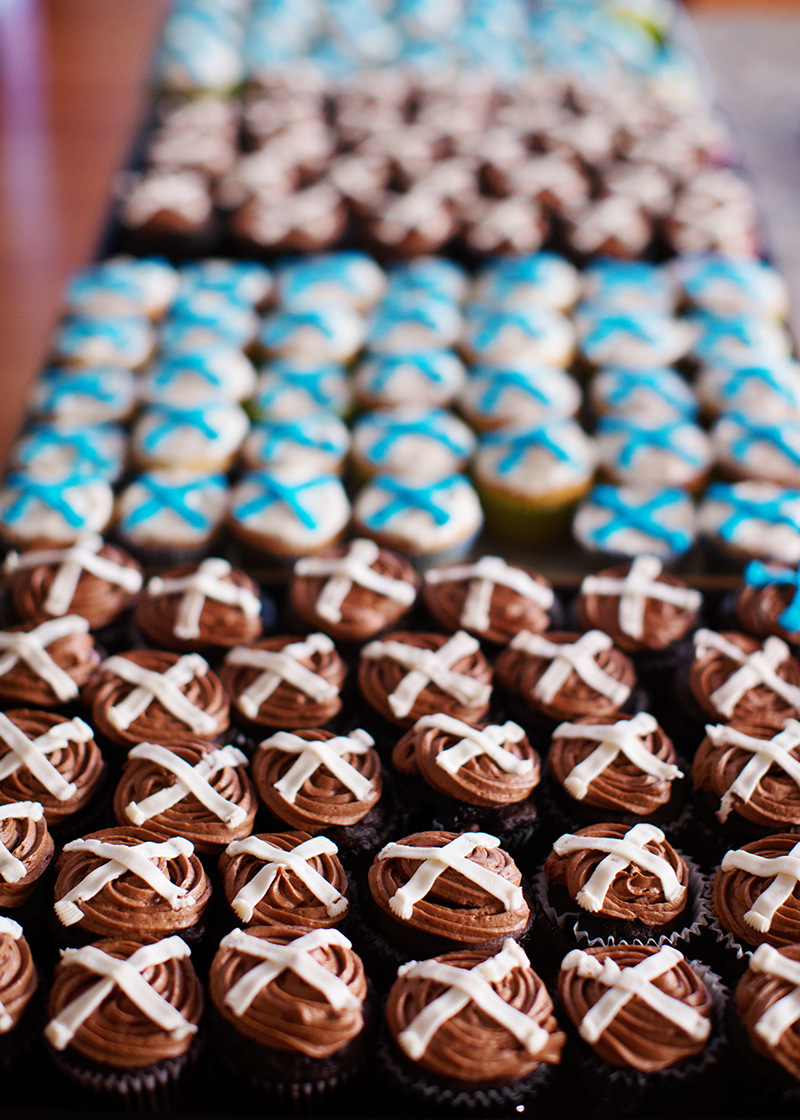 Every day at lunch for the past week, I dropped off trays of cupcakes at Skyline and Xander walked around passing them out. He told me this (and I’m going to make it sound dorky because that’s what moms do), “I’m surprised how much I like it. I think a lot of people are lonely at Skyline. For all the sophomores it’s a new school and everyone’s trying to find their place. Once you’ve given a cupcake to someone, they feel comfortable talking to you. I’ve talked to so many people this week and I’ve made so many new friends. Even if I lose, this has helped me learn to talk to all kinds of people and really appreciate who they are.” 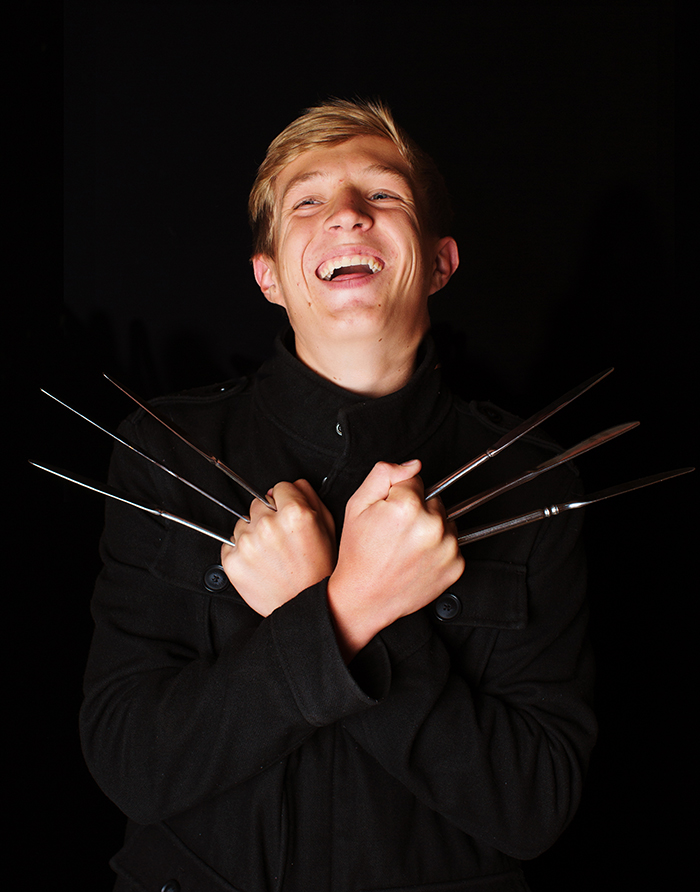 Yesterday, right before the ball0ts were passed out, they showed a short video called a whistle stop, in the classrooms of all the candidates. They had twenty seconds each to give their name, the office they are running for and to ask for votes. My friend Amy advised us against doing anything normal. And I always listen to Amy.

All the whistle stops were filmed in the student government room, by the Publicity Manager (who happens to be our awesome next door neighbor Ezra) to keep it fair. Many thanks to Ezra for sending me this footage.

hershey’s from Michelle Lehnardt on Vimeo.

I poured the syrup, Mary threw the sprinkles another friend did the whip cream. Don’t worry. We put a big plastic tablecloth under his feet. As the student government advisor said, “That’s a little sister’s dream.”

My favorite part: Xander smiling through the whole video. Win or lose. It’s been a good thing.

And maybe the Hershey’s syrup challenge will catch on, but I doubt it.

when Grandpa gets cancer