“Until you speak another’s language you will never truly reach their heart.” Melissa Dalton Bradford

Recently while watching a video of one of our favorite educators C.G. P. Grey: Complex Things Explained (his youtube videos are absolutely fantastic for learning about history, political science, etc.), he opined language classes are the least useful classes in high school curriculums. His argument? Computer programmers are closing in on a universal translator which makes language acquisition obsolete.

I see his point. But I wholeheartedly disagree.

It’s true, much of the world speaks English, especially in Europe. But over and over on our trip to Italy, I saw people light up when Ben spoke to them in their native tongue. Moments before, I was speaking politely with the person in English (and my few words of Italian) but when Ben joined in, their eyes lit up, they spoke faster and with more enthusiasm, every part of their body language become more open like a sunflower unfurling to the sun.

Learning another’s language implies a respect for their culture, their history, their daily life. Language weaves the very fabric of life: we talk, we sing, we listen, we read, we follow signs and choose breakfast cereal with the assistance of words, syllables, accents. Many words and phrases can’t be properly translated into English: sisu from Finnish, gemütlichkeit from German, hyggelig from Danish, allora from Italian and many, many more. Expecting someone else to use our words, our language conveys an arrogance that has tarnished the reputation of Americans everywhere.

When we visited Paris a few years ago everyone warned us, “The French are snotty to Americans.” I believe the French would say, “We have a beautiful language and culture. Please don’t expect us to Americanize it for your visit.” (except they would certainly say it in French) 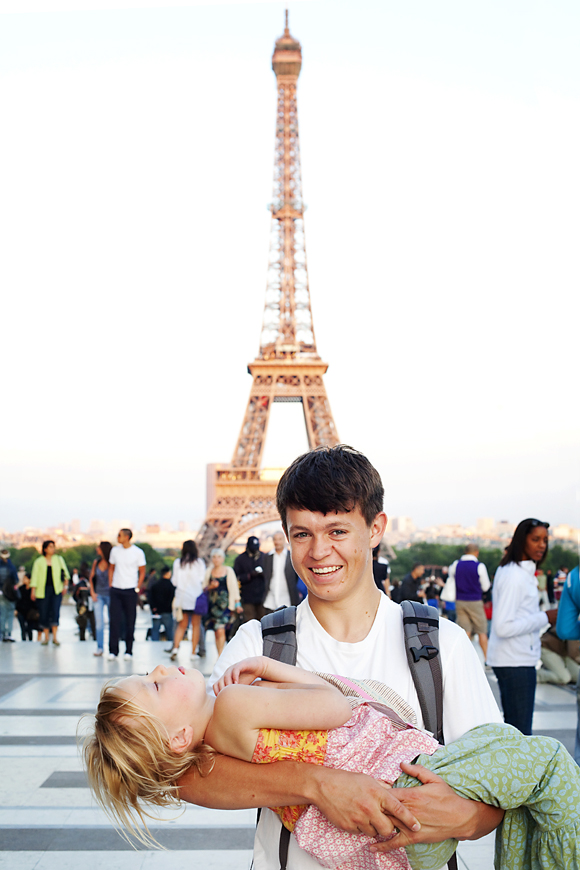 And I didn’t meet a single snotty Parisian. When we made attempts with just a few words and phrases– Bounjor, merci, Ça va?, S’il vous plait— our efforts were met with delighted smiles and offers of help. 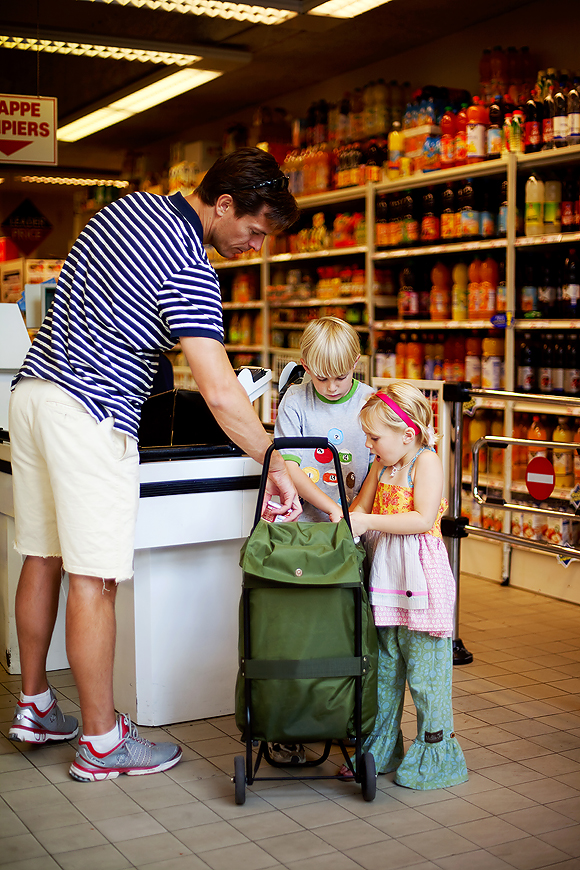 Visiting Noémi in Hungary, I felt ashamed I didn’t speak Hungarian. Yes, it’s a small country and a difficult language, but learning their words indicates respect for their culture. Even my small efforts of hello/szia and goodbye/búcsú were met with delight.

Especially when speaking of things of the heart, language is essential.  The Mormon church pours enormous resources into teaching missionaries foreign tongues because they simply can’t teach effectively without reaching into the heart and culture of the people they serve. Did you know missionaries hear nothing but their mission language from the day they enter the MTC? Total immersion training. 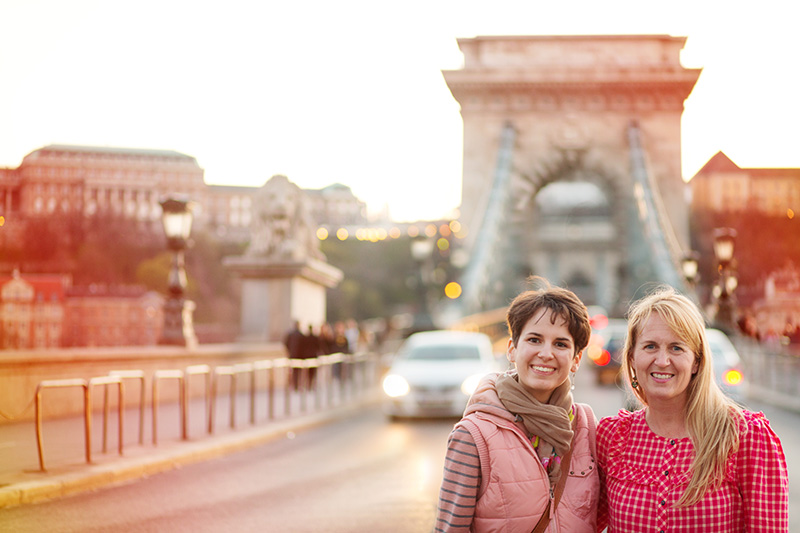 Language isn’t simply for traveling.  We meet people from different countries and cultures almost daily. My doctor may speak fluent English, but my few words of her native Spanish express my interest in her as a person. The Russian saleswoman, the Indian professor, the waiter from Yugoslavia– everyone smiles when you ask how to say, “hello” in their language.

Now, I am certainly no linguist. Erik holds that title in our family and is always the one who asks and learns. But I’ve realized, even though languages may not be my gift (I’m not very musical either), I can still learn. In fact, one compliment from Noémi, changed the way I think— I don’t have to speak as well as Erik or Stefan or Ben anyone else; I simply need to try.

On a practical level, acquisition of another language helps us understand our own native tongue, it increases our brain power and has been shown to help prevent Alzheimer’s. On a more intuitive level, language increases our compassion and understanding for others and changes the very essence of our character.

When Ben arrived home from his mission, his suitcases were heavy– not with chocolate or shoes– but Italian books (in his coming home video, you can see the other missionaries giving Ben books he’d stashed in their luggage when he surpassed the weight limit). He’d become part Italian and wanted to further increase his understanding. Furthermore, his knowledge of Italian helped him learn Spanish (which he’s still working on).

Stefan’s determined study of French earned him masses of college credit and gave him the ability to learn Russian quickly when he needed to. But even more, French became part of his character. Reading books in the language they were written increased his understanding and expanded his world view. I expect he’ll come home from Russia a little bit Russian.

This school year, I’m determined to learn French. All my life I’ve read classic novels where they don’t translate French passages because when they were written every educated person knew at least a smattering of French. Mary, Gabe and I are going to try to speak nothing but French in the mornings while Xander and Hans will offer short lessons after school. I’ll stumble, I’ll mess up and mispronounce and make a fool of myself– but voila! one of these days Je vais parler français.