I almost never suffer from writer’s block– it’s usually writer’s overload. Shall I grumble about the Miami Herald columnist who suggested in print and on ESPN that the Dolphins losing season was due to having a Mormon quarterback? (Substitute black, female or Jewish for Mormon and he’d be out of a job.) Do I want to refute the errant article in “Today’s Christian Woman” titled ‘Understanding Mormonism: Six doctrines that deviate from Christianity.’? (I still love the magazine and want to thank my funny, darling, Mormon-loving, Evangelical friend Jan for recommending it to me years ago.) Today’s return to scripture group the after winter break is worth writing about– we had a fabulous discussion and a dozen toddlers wandering the house. Surely a description of Mary’s antics with her best friend Sarah would be more entertaining? The princesses spent two hours playing “hockey basketball” in my bathroom today using feather dusters and plastic cups.

But Stefan, in his quiet way, was the most remarkable story of the day. Stefan is almost invisible some days. He quietly gets himself out of bed, practices his violin, makes his lunch and reads the comics until his ride comes for school. A willing babysitter, he spends many weekend nights stirring up mac-n-cheese and moderating battles. We know we take advantage of him and are always thrilled when he is invited somewhere. Because his life doesn’t involve the novelty of Ben’s(our first high-schooler!) or the antics of the little ones, Stef is often neglected in the blog.

I took packages to the PO, Hans to basketball and Stefan to tennis this evening. It had been a fiery afternoon because I promised Gabriel an hour on PBSkids.org in exchange for going to school without a fuss. Gabriel guarded that computer like an attack dog and spent most of his time screeching at the other boys to “GO AWAY!” In the car, Stefan advised me to go back to the old rule of ‘no kids on mom’s computer.’ “You have to draw the line , mom. You are letting the little kids walk all over you.” Believe me, I am happy to take his advice!

After a quick stop at the grocery store for school lunch supplies I was home stirring up dinner for the little ones. At about 7 the phone rang and Stefan asked when I was coming to get him. Xander’s eyes widened and he told me that Stefan had called shortly after 6 because tennis was cancelled.

Again, I jumped in the car and sped to the tennis club. Stefan was waiting outside(20 degrees) and I expected him to be furious. His relationsip with Xander is complicated and volatile. But Stefan calmly sat in the car, happily put on my coat and turned up the heat. “I was mad at first,” he explained, “But I just stook there praying that you would hurry up and God told me, ‘Go easy on Xander, he’s just a little kid.'”

Xander was flippant and unapologetic when we arrived home, so the beautiful scene of forgiveness and reconciliation that I had imagined didn’t occur. Stefan shrugged it off and went about his business. 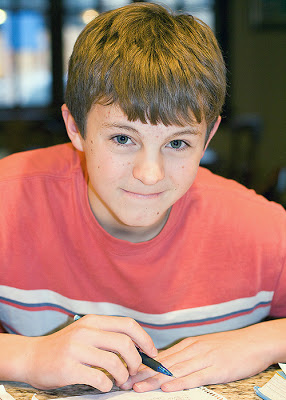 Later, when Mary was driving me CRAZY(screaming, tired lunatic), I tried, tried, tried to remember, “Go easy on her, she’s just a little kid.” 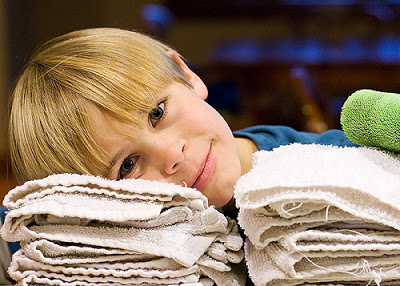