Mary comes to life in the evening. After school she whines about going to dance or gymnastics, but upon arriving home she dances and twirls and tumbles through the house. Our two couches and red chairs become springboards for gymnastic routines and she cartwheels and practices back handsprings across the carpet. I’ve heard of homes where you can’t jump on the couch or remove the cushions, I’ve heard of people who don’t have to move their furniture back into place three times a day, but I wouldn’t want to be one of them. 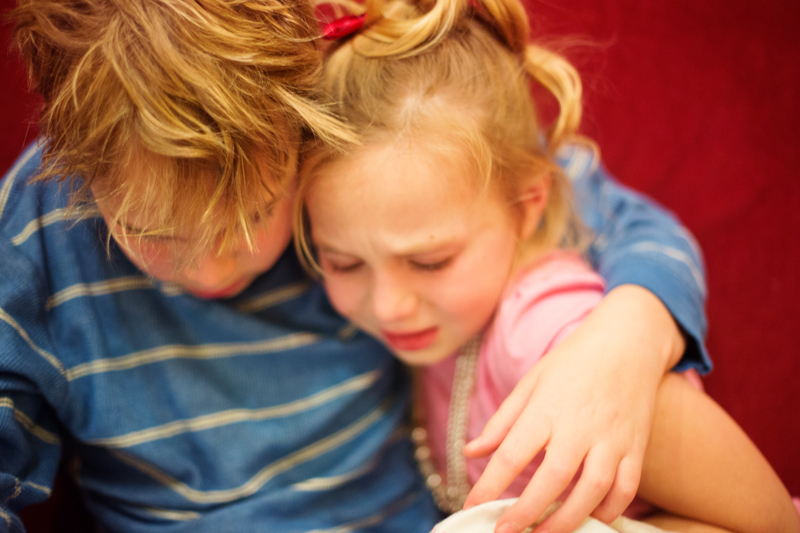 It was the sort of crash you hear all through the house– heads hitting the floor, wood splintering, shrieks of pain. I raced from the other room to find Gabe and Mary tumbled and tangled on the floor, a barstool tipped and shattered. A half dozen stakes projected from the stool, and I searched for cuts or broken bones.
Before I could make any sort of assessment, Mary scrambled out of the pile half crawling, half running across the room as she sobbed, “I’m so sorry! I’m so sorry!”
As Mary moved away, Gabe pushed aside my concern for his leg, and cried, “Mary!” A goose egg on his head made him stumble as he rose to his feet, but with singular concern he sped to her side, “Mary, Mary! Are you OK?” — how I wish you could hear his sweet voice.
Wrapping his arms around her, he pulled her into the red chair asking after every injured body part, “Does your head hurt?” “Are your arms OK?” “Uh oh, that’s a bad scrape.” Blond heads together, their tears mingled as she sobbed apologies while he cried and hugged her and whispered kind words.
Xander and I watched in wonder. We knew we were watching something beautiful and almost holy. Gabe didn’t speak a word of blame, show a shred of anger; his only thoughts were of Mary.
As you may have guessed, the incident was entirely her vault fault. Spying Gabe diligently working on his homework at the counter, she leapt across the room, landed on his back and caused the whole mighty crash. I think most of us, would have yelled or called her vault a stupid thing to do (’cause it was), but not Gabe. 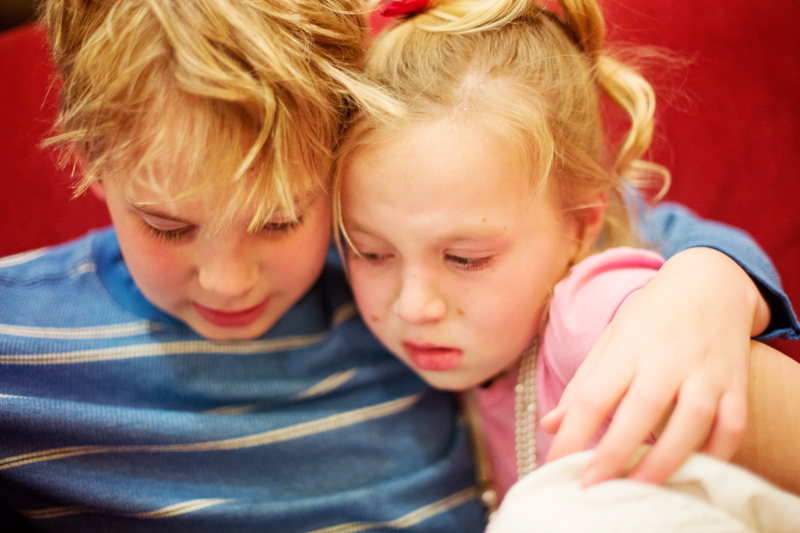 It was Xander who first pulled out the camera ( I soon joined him). In a way it seemed wrong to photograph their tears, but I doubt we’ll ever see anything more beautiful. 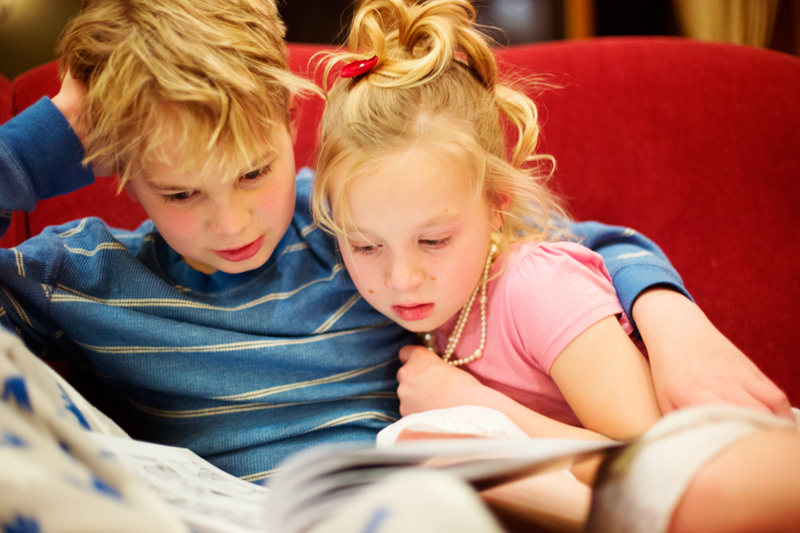 Gabe reached to the floor, retrieved a comic book and began to read out loud (thank you, Kel!) 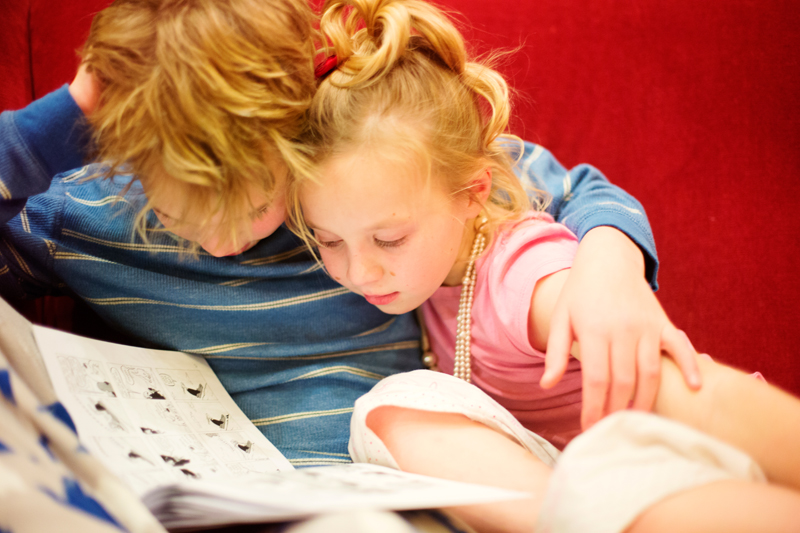 At first she smile only tentatively, 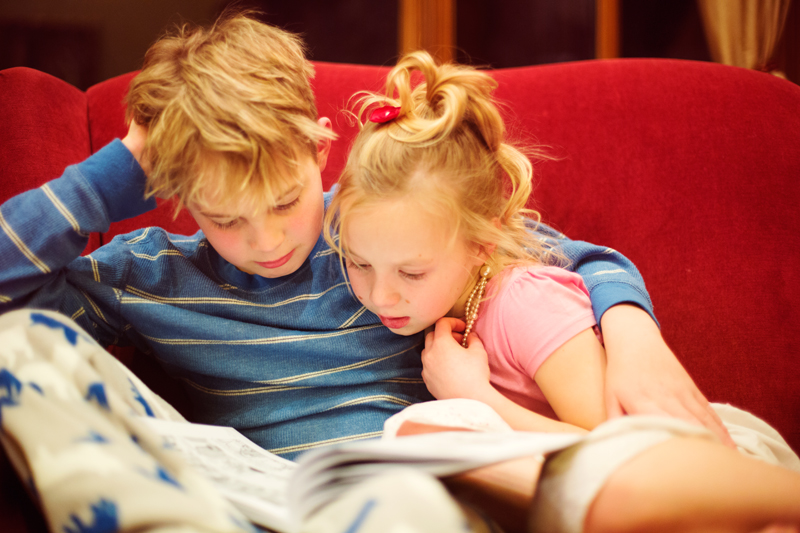 then warmed up to the story, 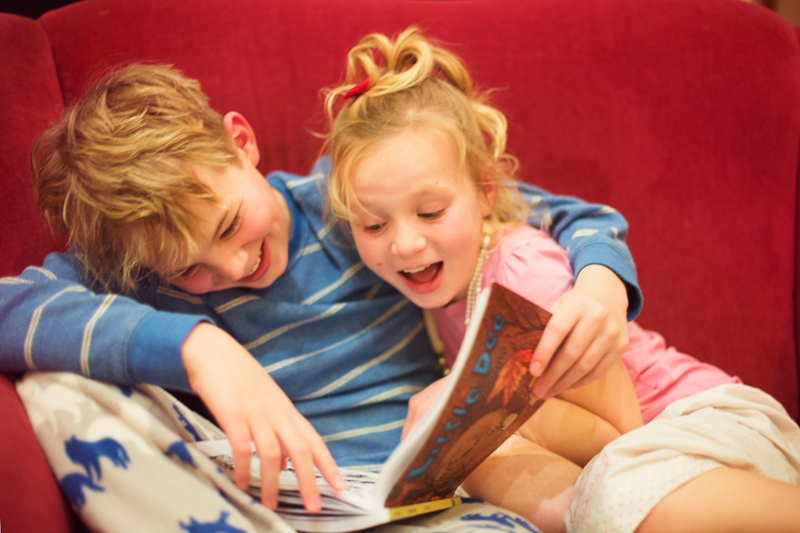 until they laughed all the hurt away. 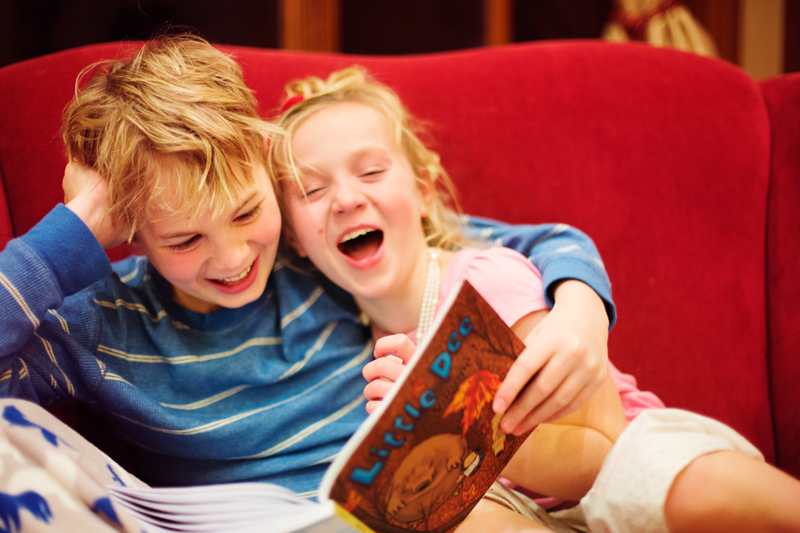 And my darling Gabriel, whatever mountains he may climb or awards claim, I will never be more proud than of this sweet moment.