After years of Superhero, Knights, Construction and Army themed parties we had our first official princess party yesterday. I was feeling uninspired so I called my sister, the party queen, for ideas Friday night(yep, I am good at thinking ahead). She, of course, knew exactly what to do. After a frantic shopping trip at the local craft store(an intimidating place for a non-crafter like me) and an even more frantic morning of preparations we were ready for the princesses to arrive.

One by one they stepped through the door, wearing their loveliest dresses and heeled princess shoes(except for the few practical ones who wore tennies and sweats under their dresses– why can’t I be practical like that?). They kept coming and coming and coming.

“How many girls did you invite?” Erik asked.
“I don’t know. I didn’t keep track.”
The answer was clear soon enough– thirteen 3 and 4 year old prima donnas. What was I thinking? Obviously, not much. 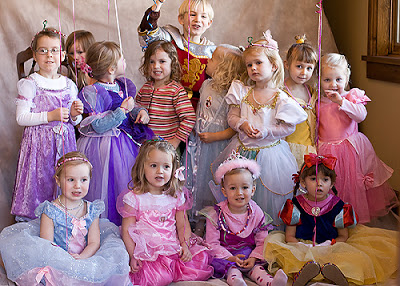 (the littlest princess ran off to the basement playroom)
We began with pipe cleaner crowns. My sister had lovingly described the process and the fact that the moms got more involved than the kids, creating elaborate bead and pipe cleaner masterpieces. But my sister lives in San Diego where parents attend children’s parties. In Utah, parents drop kids off and run to the grocery store. It’s just our culture. 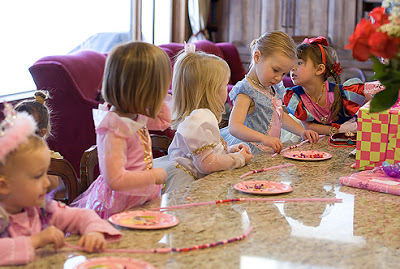 So the crowns became more of circlets rather than tiaras and some were dangerously sharp. We assisted the princesses to the best of our abilities then moved on to the less dangerous activity of Kiss the Frog.
We’ve played many variations of Pin the Tail on the Donkey but have largely abandoned the game because little boys CANNOT wait in line. They push, they shove, they want to kill each other. Amazingly, baby princesses line up and take their turn. It was astounding. 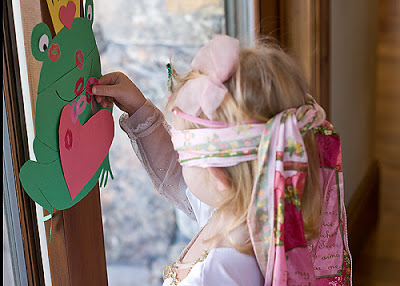 Next was a scavenger hunt throughout the house that resulted in a rainbow pinata(when my sister did this she handmade a dragon pinata– she’s remarkable, I tell you). Erik hung the pinata off our balcony and let the girls have at it. 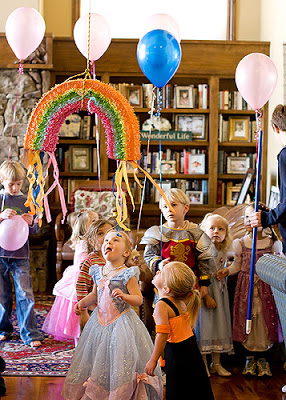 Oh my, the pinata took FOREVER, because little girls really can’t hit. My boys were ready to have at it but I was afraid that their bravado would result in a lost eye. So we tore a hole in the pinata and dropped it to the floor. The pinata exploded and candy went everywhere. At boys parties there is no discernible moment when the candy is actually on the floor. They scramble and pick it up before you can blink. But the princesses calmly stepped forward, chose their favorites and carefully put them in bags. Then they sat on the couch, nibbled on their treats and chatted. Perhaps the most surreal portion of all was the little princesses handing me their bits of garbage one by one.
Presents opened, Barbie cake devoured(I’m getting experienced at these) and off they go with hugs and kisses and thank yous from all. 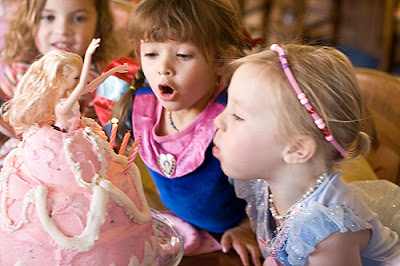 It’s not much of a party if you don’t cry when it’s over. 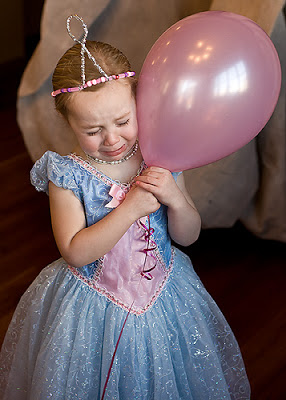