welcome to the circus! 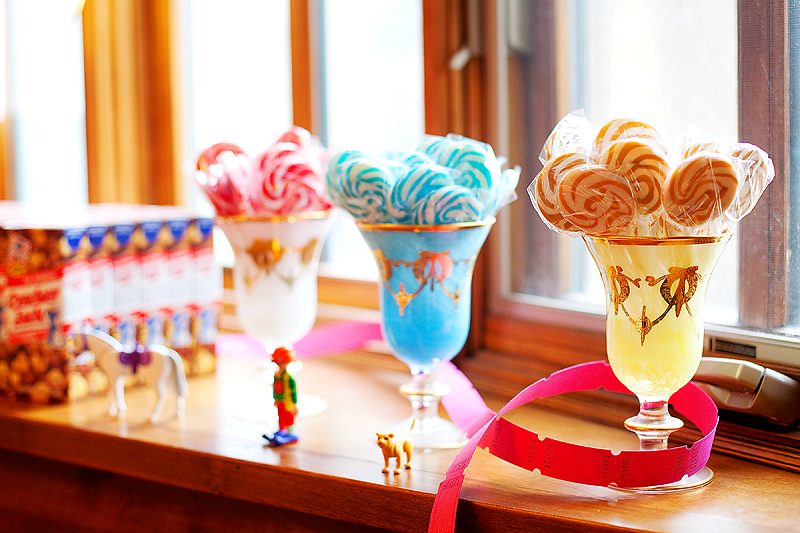 These are the times I know I’m crazy– the doorbell is ringing, cupcakes need frosting and I’m carefully turning the lollipops so the black writing can’t be seen.

Ah, the pantry may be a mess, my bedroom a repository for every undone task and please don’t inspect the guest bathroom (the mini party guests won’t notice, right?) but I am going to get those lollies right. 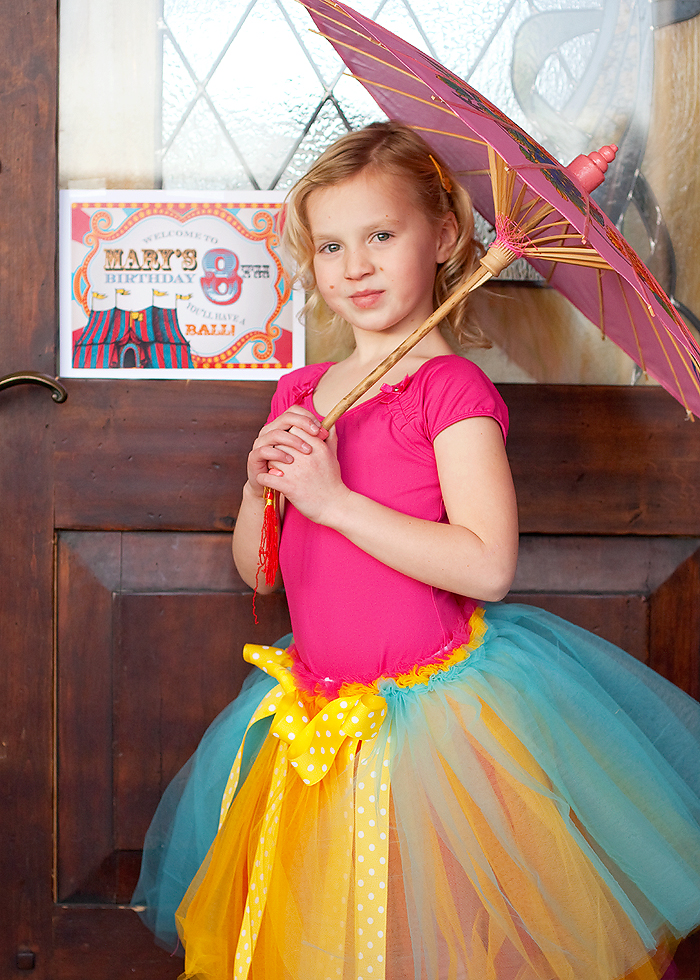 Any sane person would take the kids to the bowling alley and be done with it, but I cannot resist the allure, the challenge, the intoxication of creating magic. 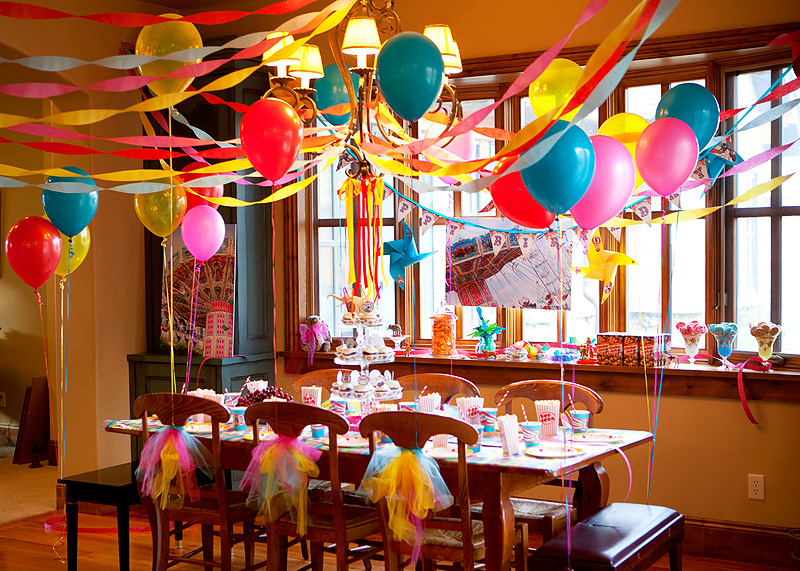 Happily, luckily for me, my darling friends Kit and Kevin mistakenly showed up two hours early. A nice friend would babysit their kids while they did errands, but I put them straight to work. Kev hung all the streamers (though Xander would like credit for coming up with the idea). 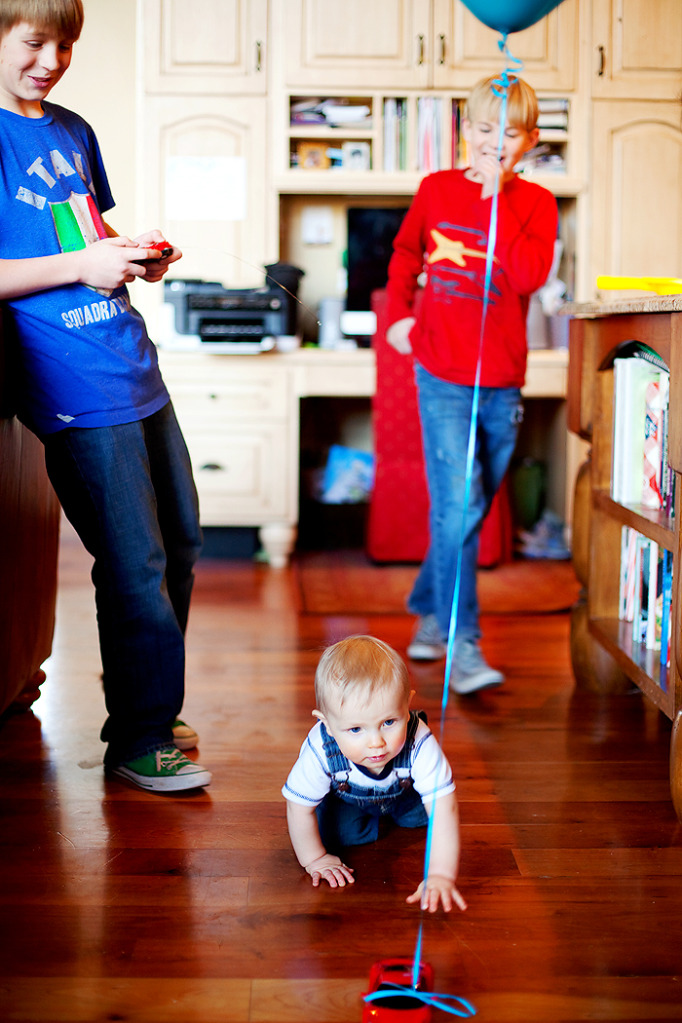 While Kit tackled the cupcakes, the boys kept baby Darren happy with a remote control car and balloon. 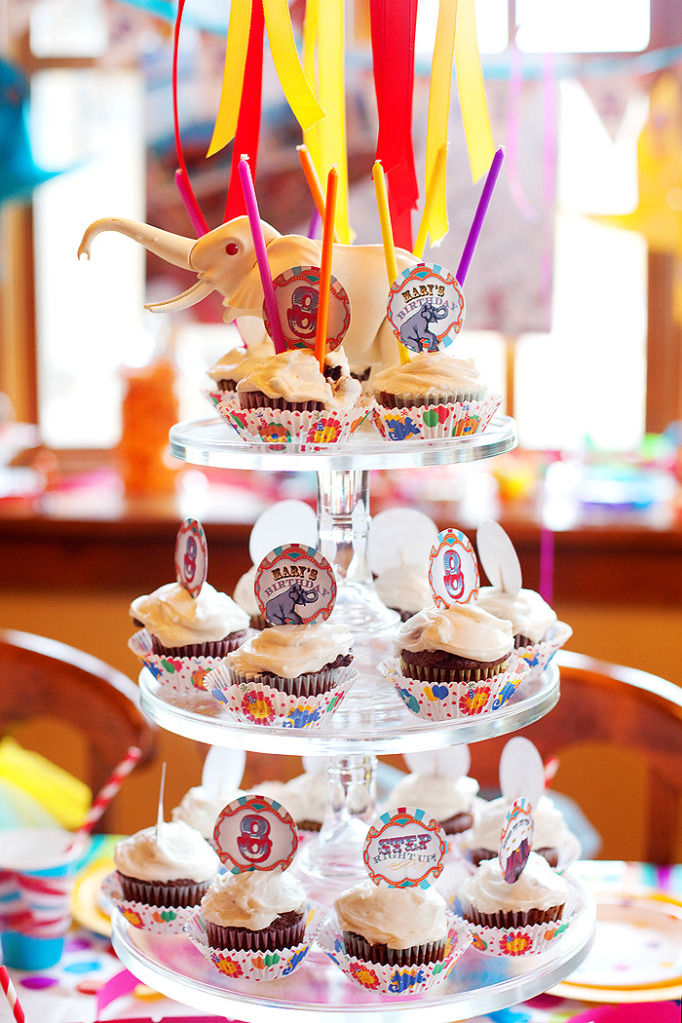 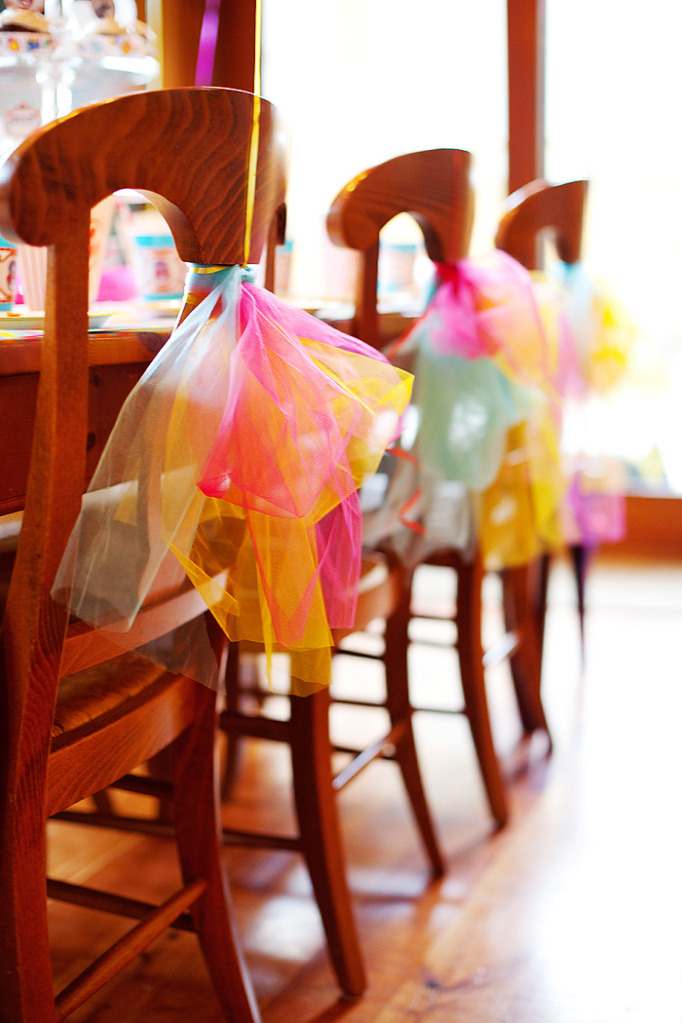 My goal for the party was under $100 and I came within a few clams. Pinwheels and crepe paper are old favorites in the cheap decor dept; my new loves are $1 yard tulle and carnival tickets. For fifteen dollars I made Mary a circus tutu and decorated all the chairs. The tickets ($2.97 for 1000) went everywhere– swirled across the table, around the banisters and we also handed them out as prizes. 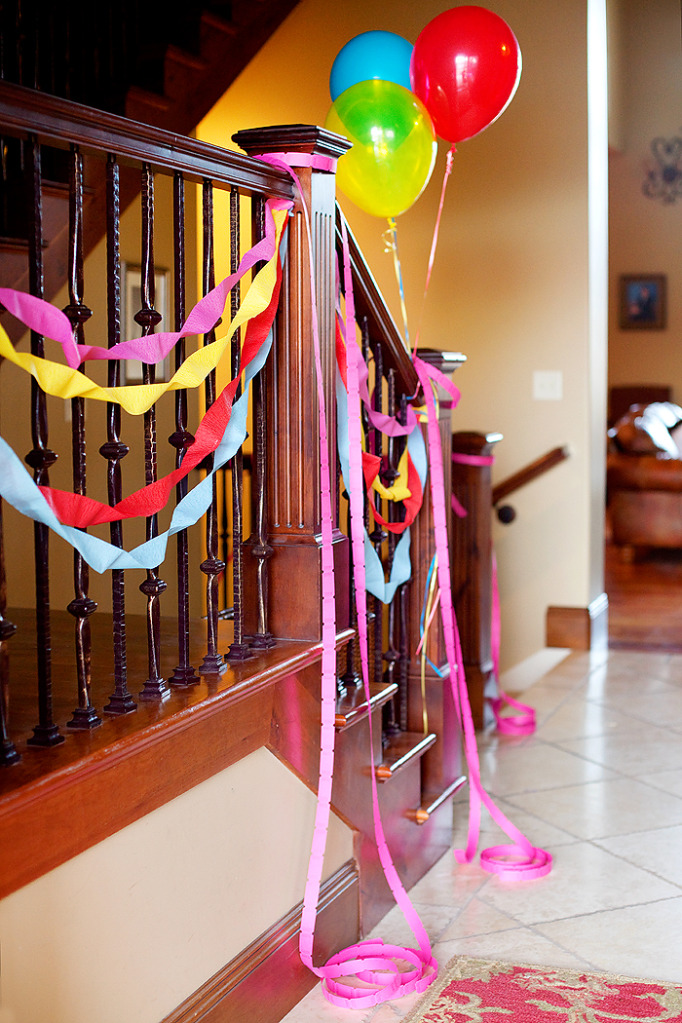 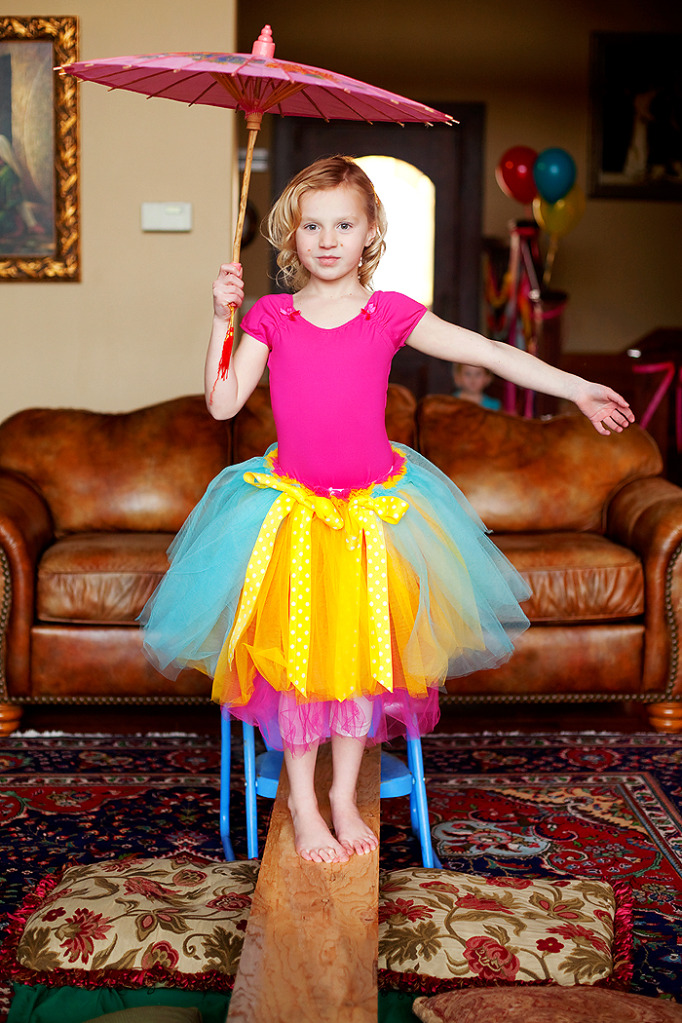 Cute Xander created not one, but two tightrope/balance beams. We opted for the less dangerous version. 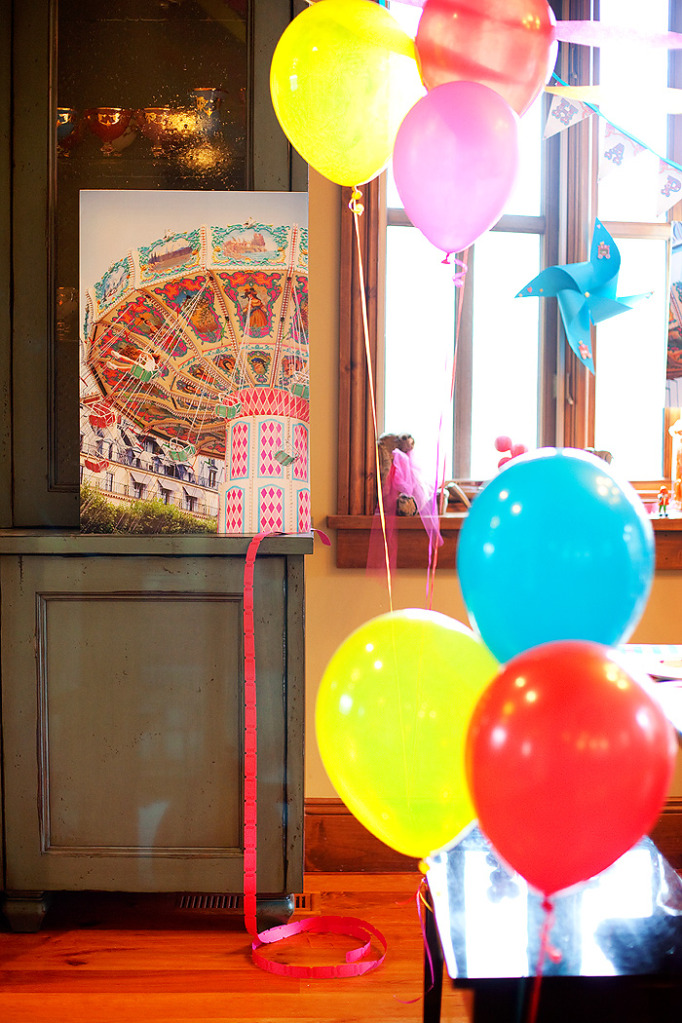 I cheated the budget by using my Shutterfly credit to print these posters from photos I took on our trip to Paris three summers ago. Forgoing frames, I backed them with leftover foam board from science project displays. 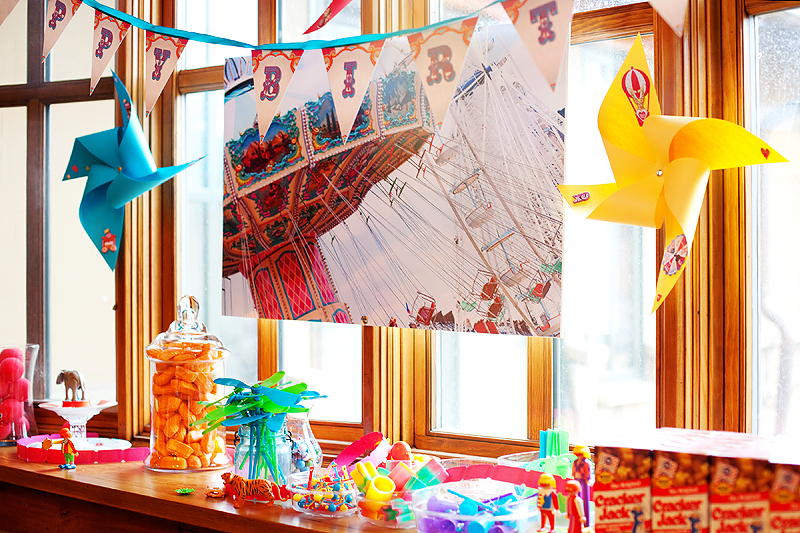 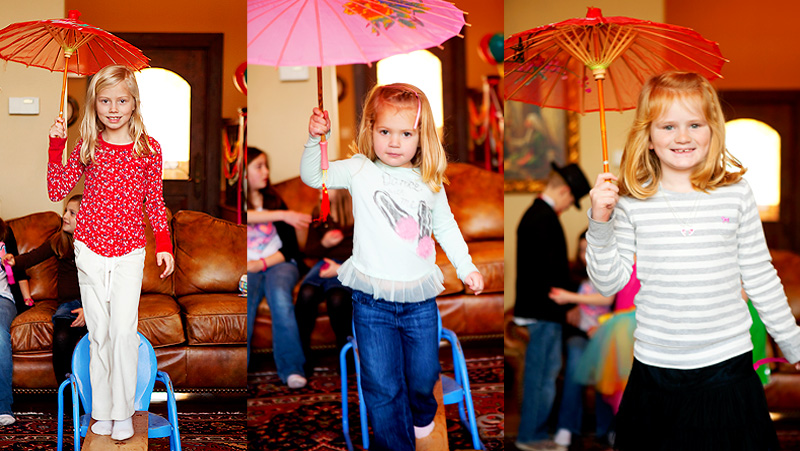 After a jaunt on the balance beam, everyone reveled in circus bingo. 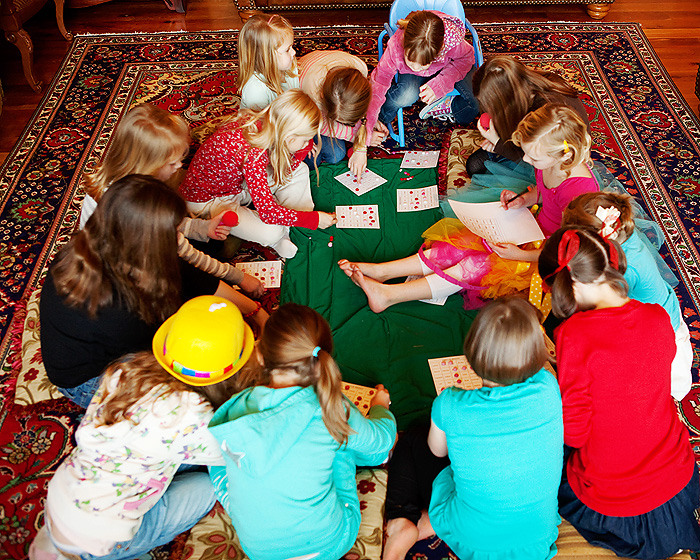 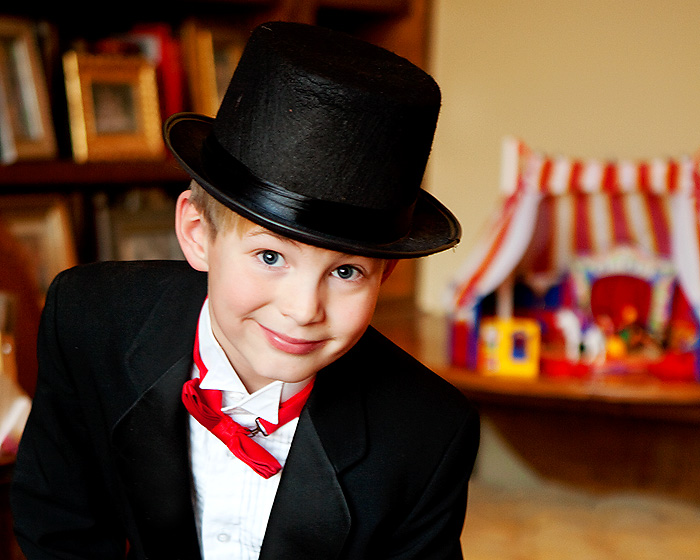 Gabe refilled the mysteriously disappearing bingo pieces while Mary did the calling. 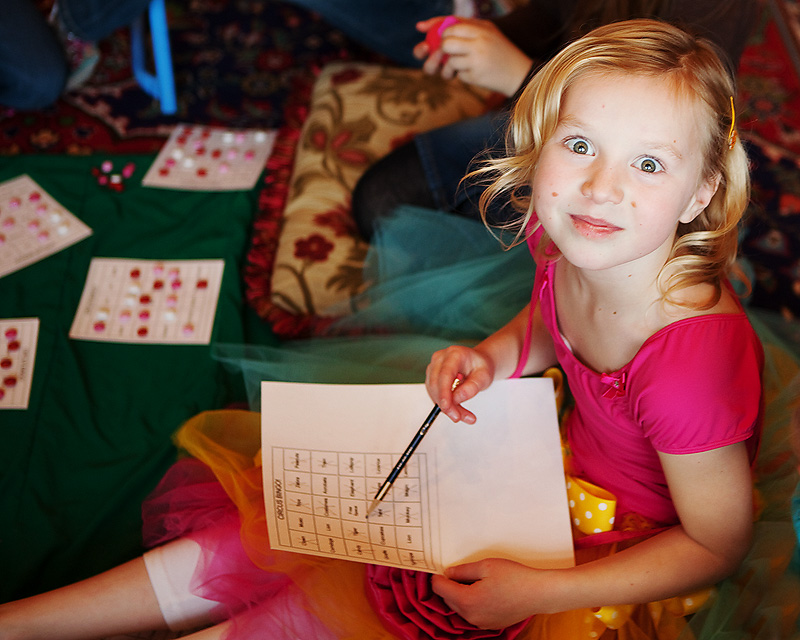 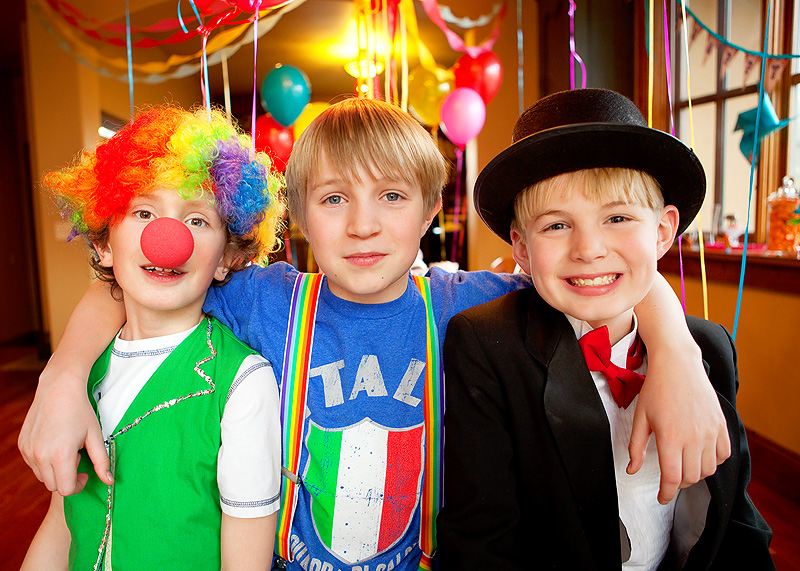 My fearless party crew led the girls in games too wild to photograph while Erik demonstrated his awesome juggling abilities. The boys handed out tickets at the end of each game which the girls exchanged for prizes. 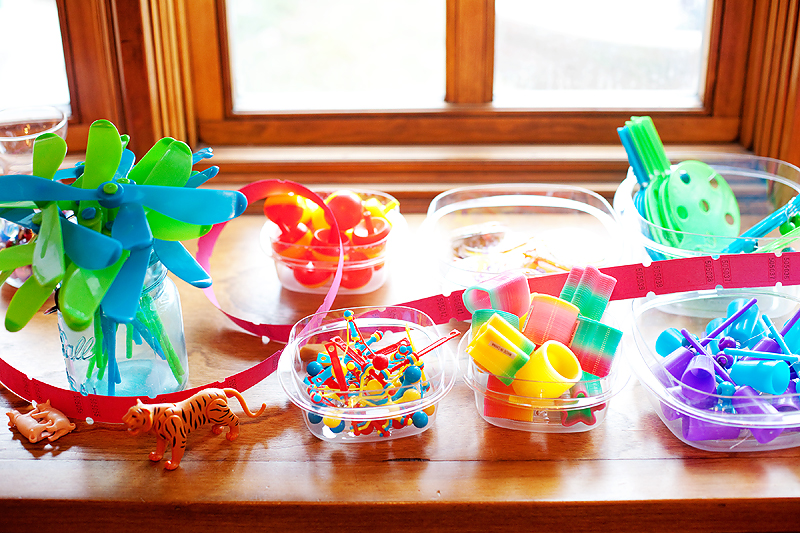 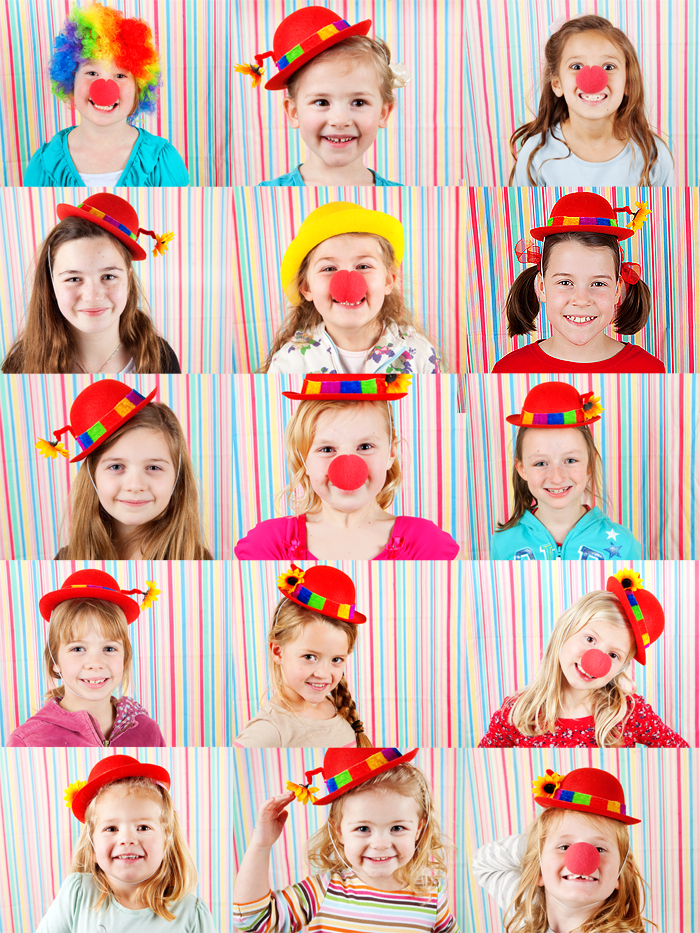 each girl snuck into the photo booth 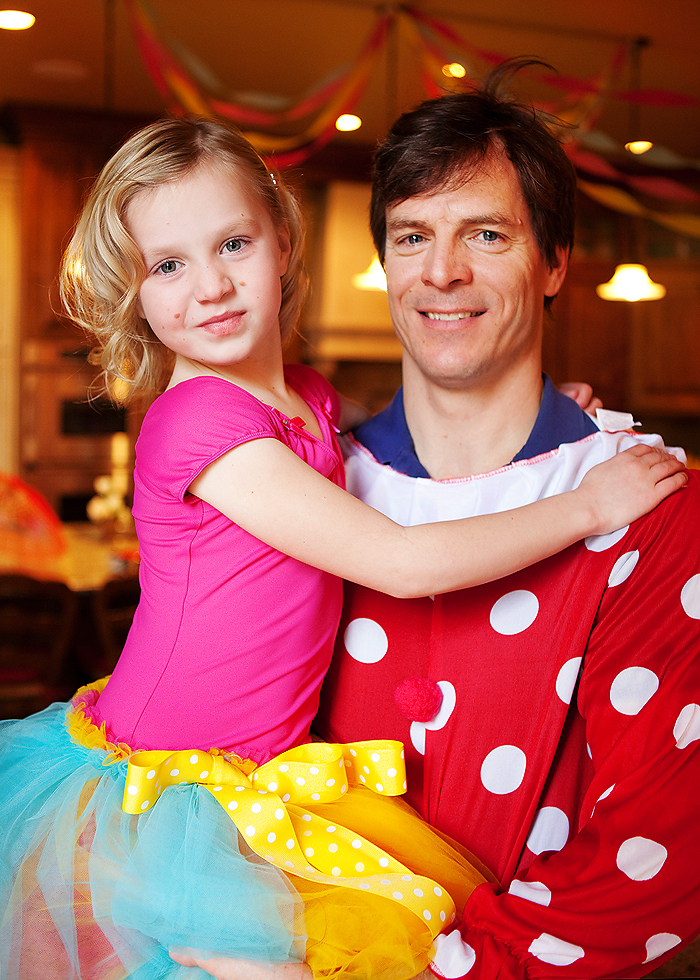 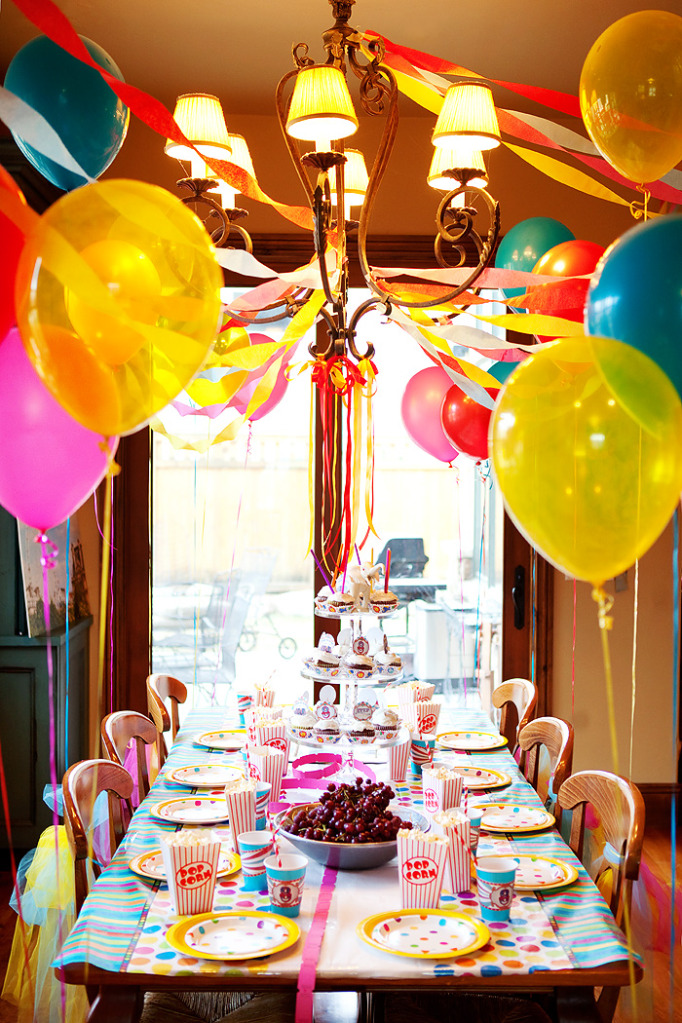 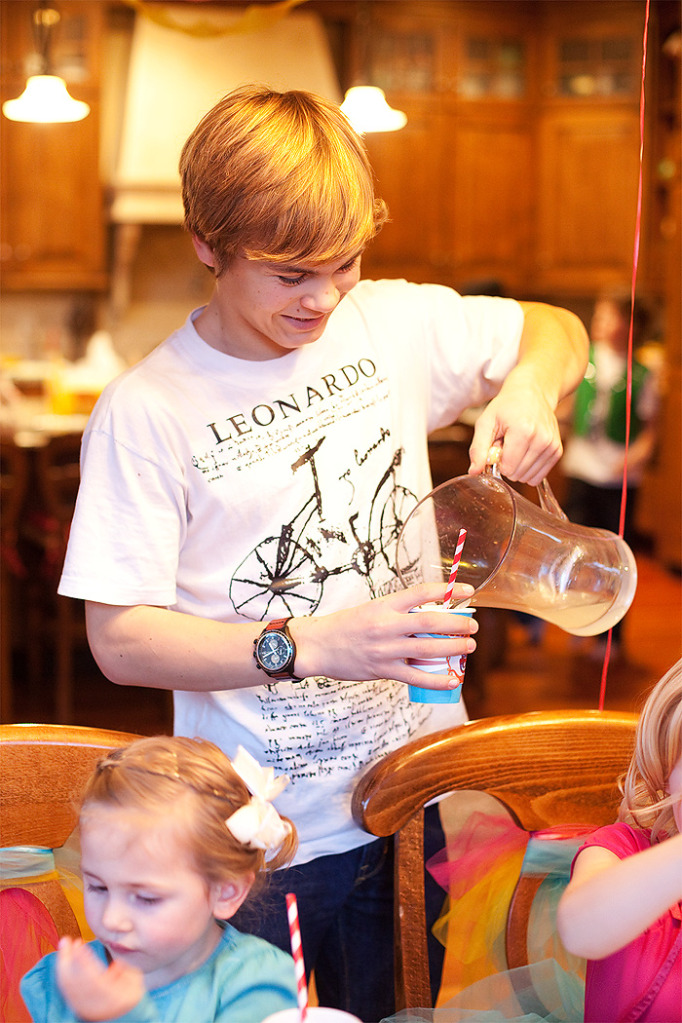 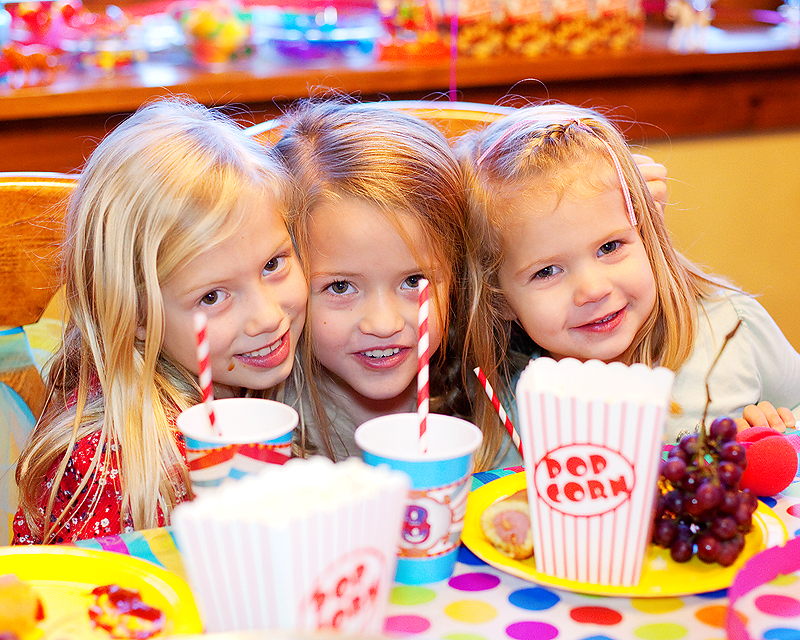 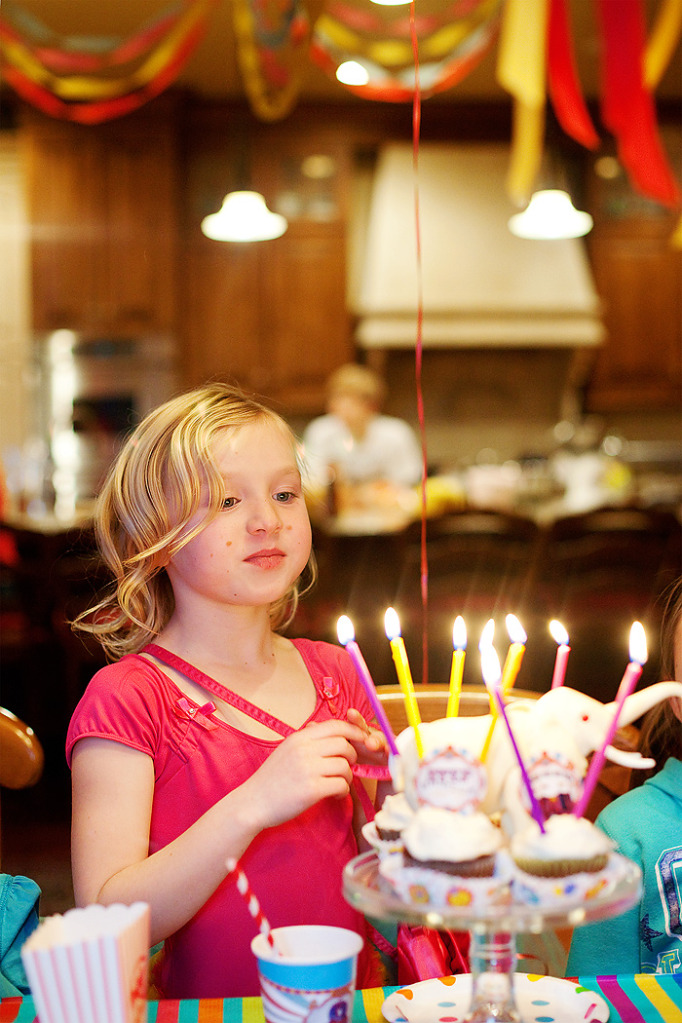 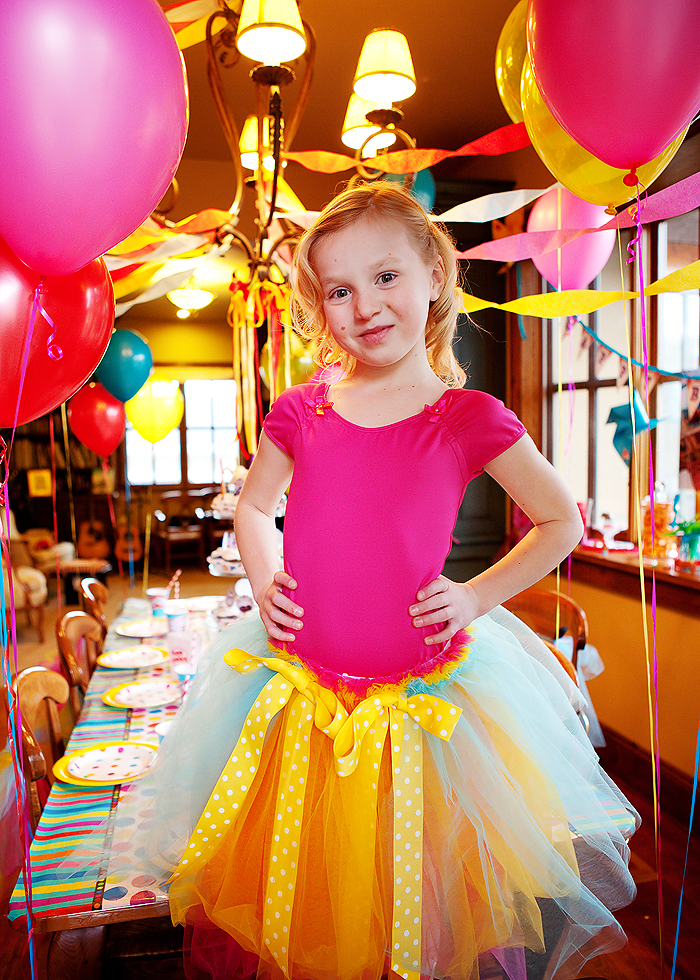 In the end, it’s all about giggly girls playing their heart out, skipping around the kitchen and hugging as they leave.

And me, six days later I’m taping streamers back up when they fall, rearranging the clowns… trying to make the magic last just a bit longer. 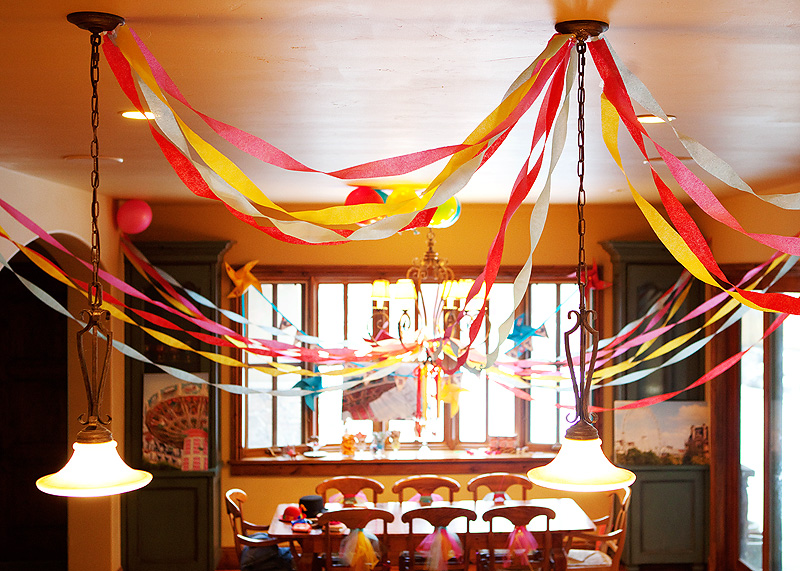 marriage is all about family