Xander at 19– in Montreal 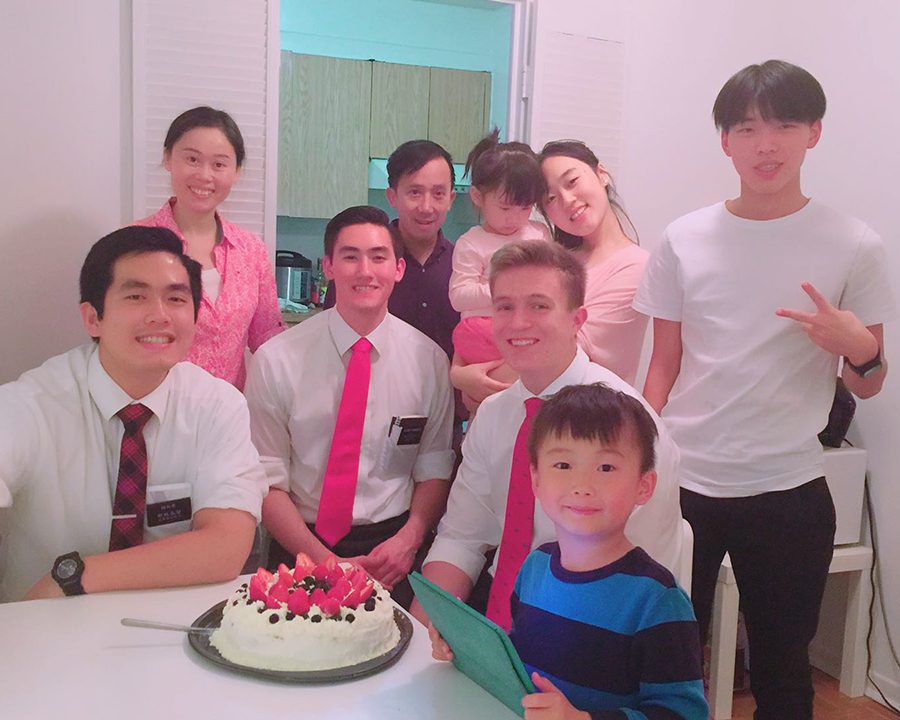 He’s nearly to the six-month mark (I know! You thought it was much much longer) and I haven’t written about Xander’s mission yet.

In truth– we try not to talk about him much because we miss him like crazy. But I thought you might enjoy a few excerpts from his letters.

Mandarin is super hard and real Chinese people speak a lot faster than MTC teachers. I pick up a couple words here and there but I still get lost really easily.

A lot of what we do is metro finding which is really hard and scary. I looked so scared one day this week that someone asked me if I was lost and needed help.

All the Mandarin missionaries are really close because we see each other all the time. We have a special tie that has Chinese characters on it and we call it the family tie, very clever. So we all wear matching ties sometimes.
I have a dream that one day a few years from now all the pass along cards that I give people will suddenly become investigators all at once and some pair of elders will be overjoyed. This also makes me wonder what the elders a few years ago were doing because we still haven’t gotten any calls from people they contacted.
We went to mcdonalds this week. It’s just like American mcdonalds but you pay with Canadian money. I got an ice cream cone. When I was getting a drink the guy next to me definitely spiked his coke with something from a flask.
I figured out what that weird smell that I keep smelling all over the city is, it’s weed.

I hadn’t met any anti-Mormons in Montreal but this day we met two.
The first was a really mean lady who actually kept following us down the metro and everyone person we tried to talk to she would call us liars and horrible people and she called us racist. So we ignored her and she eventually went away.
If any of you are ever feeling really angry with the world and you have a lot of extra time and you think it`s a good idea to go be really mean to some young men just trying to help people, then stop. Don’t do it.

This week there was no snow which is kind of disappointing, Canada really needs to just commit to winter and start snowing every day.
Also this week we got a new Mandarin missionary, his name is Elder Hadden and he’s from Rose Park. After church on Sunday he came over to me and asked if I actually understood anything that was said in the meetings because he was really confused and completely lost. He’s in the same spot I was in 6 weeks ago. But now I can actually understand most of what is said in church. So much Mandarin progress in 6 weeks, so much fun.

This week was rather unspectacular. We did a lot of searching with no finding. It was so cold this week so most Chinese people decided to stay inside.

Here’s a joke I made up
How cold is it in Montreal?
Cold enough to harden hearts.
sad.

So my birthday was pretty good. Yesterday we were doing service at our branch President’s house and it was my birthday, and Elder Hadden’s birthday was the 4th, so President Aloi wanted to surprise us with a cake. His grandkids were also visiting so right as he was getting ready to surprise us his 5 year old grandson came running to us yelling, “ELDER! IT’S YOUR BIRTHDAY PAPA HAS A CAKE FOR YOU”. It was super awesome.
And then later we were visiting a member and she was fixing Elder Leung’s knee with Chinese medicine (which looked really painful) and she found out it was my birthday and then she found out that we didn’t have dinner plans so she told us she was taking us to dinner. So we went to China town and had hot pot. Chinese missionaries actually never go to China town so it was really fun to be able to go there.
So lots of nice people on my birthday and otherwise.
We did a lot of finding. Our finding results usually appear a week after our highest finding efforts, so it takes a lot of faith to find for a whole day(or week) and not really see results, but the next week people will start calling us asking to hear about the Gospel, I’m sure of it.

We celebrated his birthday in true Xander fashion with dry ice, flames, mento/diet coke fountains, handing out cupcakes and blowing out the candles too early. We won’t see Xander as a nineteen-year-old– he’ll be speaking Chinese, running through the metro and eating hot pot in Chinatown. He’s clearly happy and that’s enough for me.

Ben at 26 and Valentine’s Day