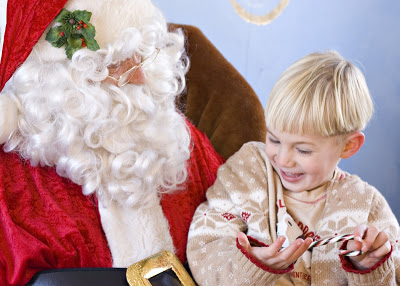 My cute friend Cindy convinced me to take Gabe and Mary to see Santa. He was very sweet, spoke with them gently and reminded them to “be very good and obey your mommy and daddy.” They were quite impressed and kept reminding each other to “be very good.” 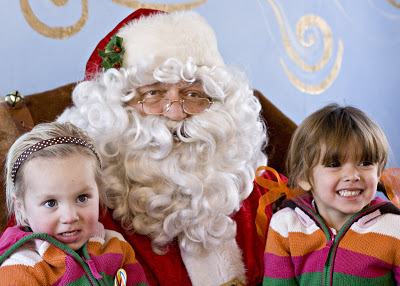 Hmm, that didn’t last long. Lots of naughtiness happens around the house when it gets this close to Christmas. The excitement, the anticipation and the all-sugar-all-the-time diet did the kids in today. It started with a roll on the floor fight this morning when Stefan, Hans, Gabriel and Mary were putting a big puzzle together. Xander wanted to join in the fun and knocked several pieces out of place. Hans and Stefan accused him of “willful destruction” and the tussle began. Of course after the knock down fight the puzzle was completely destroyed.

Erik ran on the treadmill in the basement while I supervised chores. Every other day of the week I can snap the kids to attention but on Saturdays they will only listen to Erik. I begged, pleaded and cajoled and finally went downstairs to tattle to Erik. “They won’t listen to meeeeeeeeeee!”

Erik proceeded to call them down and said, “Whatever she says– DO IT!” Erik is always fairly imposing but especially so when he is sweaty and shirtless.

They rushed off to vacuum, clean their bathrooms etc. But Ben refused to practice his viola for church tomorrow. He’s a teenager and knows everything and can do anything and doesn’t need to practice(even if the practice is with cute Mary Lund).

So Ben had another trip down to the basement to see Erik. You’d think Ben would know better. You don’t mess with Erik when he’s cranking out six minute miles on the treadmill and all has all that adrenaline rushing. ” YOU DO WHAT MOM SAYS BEN, OR YOUR LIFE WILL BE MIRSERABLE!” Benj got the message.

After chores the boys proceeded to write a letter to Santa describing the sins of their brothers. I would paste that letter on here but they deleted it when I reminded them that Santa usually brings group gifts.

Hans has been singing “The Twelve Days of Christmas” non-stop. Isn’t that the most annoying song EVER? He collapsed in tears when Erik told him to stop. “I sang the whole song and dad made me stop when I had only one word left.”

Sigh. Where are those earplugs?

Gabriel went next door to play with Connor and came home with a new Batman toy. “Mom, will you wrap this up and give it to me for Christmas?”

“Um, Gabe, did you just steal that from Connor?”

“Connor has lots of toys! He won’t care!”

“Gabe, get your shoes on and take this back to Connor’s house.”

Gabriel came in a few minutes later(in the middle of the violin/viola rehearsal) sobbing and yelling. He collapsed in my lap. “That was so hard! I didn’t want to give it back and I forgot to wear shoes.”

Later, I was looking for the vacuum cleaner attachment. “I know where that is!” Xander cried. “Stefan and I were hitting each other with it earlier today.” And sure enough there it was, still at the scene of the battle.

Erik and I went to a party tonight and the kids managed to be a bit happier– sledding down the stairs and playing human burrito by rolling each other up in all their blankets. But there were still tears at bedtime. 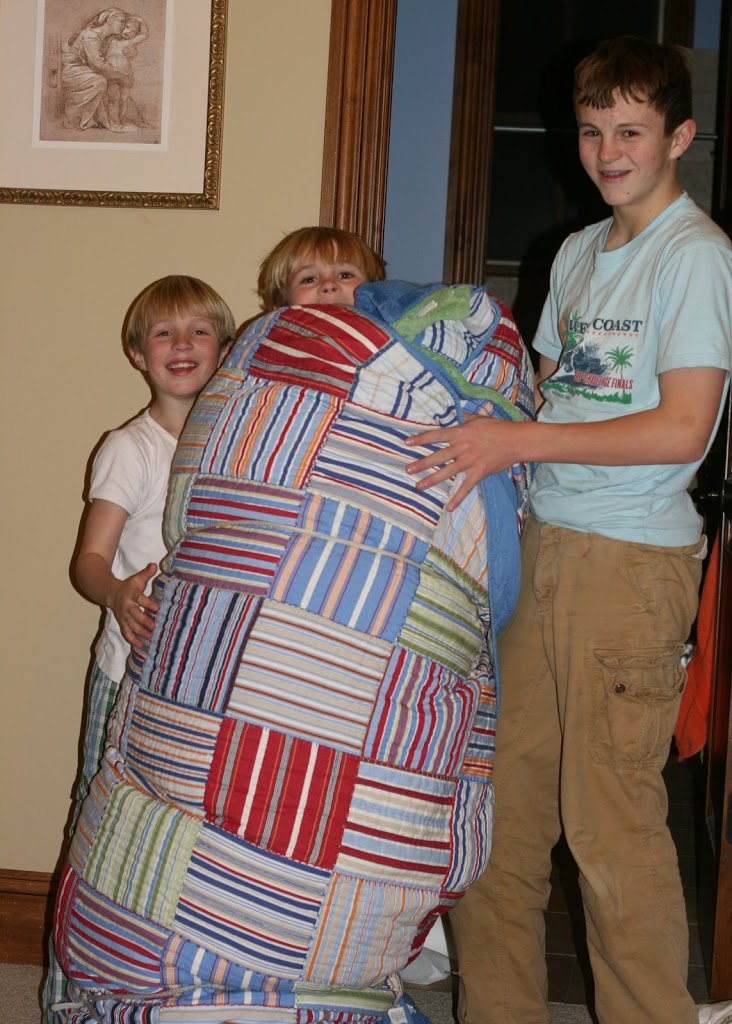 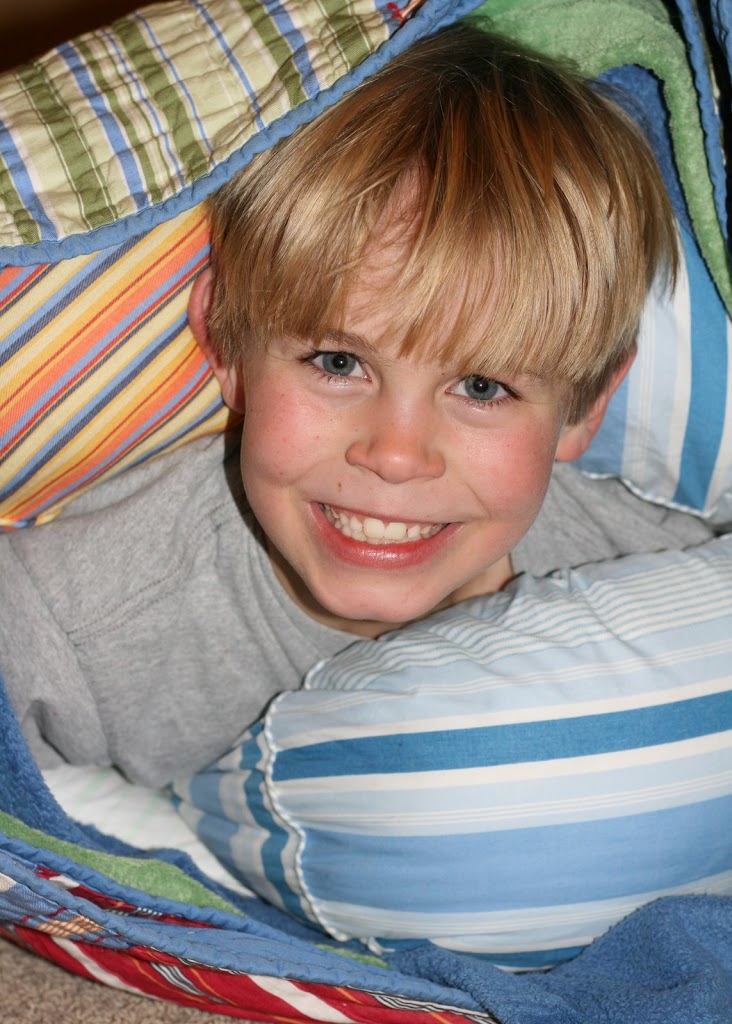 I read with Gabriel every night. First he reads to me from a easy reader, then we read a Christmas story, last we read a chapter from his beloved “Lives of the Presidents” book. I have no idea why he loves that book so much. It takes a while but I can’t get out of it no matter how late it is.

I finished up with Gabe and went to kiss Hans goodnight. He lay in bed staring at the ceiling and crying. “What is it Hansie? I know it’s been a hard day.”

“Dad made me turn my lights out and I didn’t get to read for one second and even Gabe got to read more than me.”

I know I shouldn’t usurp Erik’s authority– especially when I rely on him to enforce the rules– but I kissed Hans, flipped on his light and went downstairs. Let’s pray that tomorrow is a bit more peaceful!