Gabriel left the front door wide open instead of his usual “SLAM!”, trudged into the kitchen and slumped into my lap.

“They talked about something at school today. Airplanes crashing into buildings and stuff.” He nuzzled his head against my shoulder.

“Ah, sweetie,” I pushed his white hair out of his eyes, “it’s the anniversary of Sept 11th. That happened just before you were born.”

Just the other day I met a mother with a child Gabriel’s age, “So you were pregnant on Sept. 11th too.” she noted. We talked about the kinship we felt with the pregnant wives of the 9/11 victims, of our fear of bringing a new baby into such an uncertain world, of the recurring nightmares of our husbands dying before the baby was born. My doctor induced my labor 2 weeks early because we were all afraid that terrorists would attack Salt Lake City during the Olympic Games making hospital access impossible.

It’s hard to explain to Gabe that these events before his birth are part of his story. Of everyone’s story. I pulled up footage of the day on youtube.com and we watched the planes crash into the Trade Center and the firemen weeping in the streets. Gabe blinked and buried his face in my shoulder, “I don’t want to see anymore.”

Maybe it seems cruel, to show him those things. But he’s at the right age to know. And I was grateful that he could see the difference between the spectacular explosions in his beloved Star Wars movies and the real heartbreaking destruction of human lives when the towers collapsed.

I tried to describe to him the way we felt after Sept. 11th. The hours we spent watching television coverage, the joy we felt in stories of survivors and the way people changed. We all loved each other more and clung to friends and family and offered kindness to strangers.

My nightmares continued through my pregnancy with Mary. And then I heard of Brenda— her divorce, remarriage and her new husband’s murder 11 days before their son was born– I expected anger, slumped shoulders, a face lined with bitterness. Instead, I met laughter, enthusiasm and a quick wit. I can search Brenda’s face and see what she’s lost but it only gives her the determination to enjoy every bit of good that comes her way.

She sees life more clearly than most of us; she sees joy.

And so today, I gathered 5 kids and visited the new baby elephant at the zoo. Our zoo has been spoiled this year with a baby giraffe, 3 tiger cubs, a snow leopard, dozens of new monkeys and the first elephant ever born on Utah soil. Young mothers with round expectant bellies crowded the viewing pavilion with their toddlers as we all oohed and aahed at the tiny elephant. 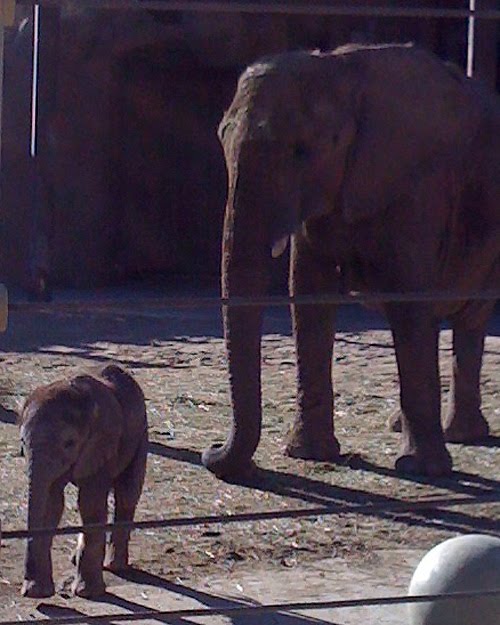 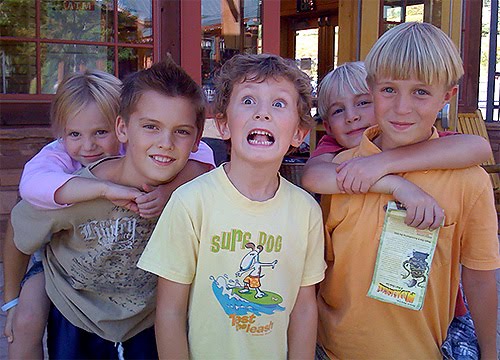