Bordering on the giddy– General Conference 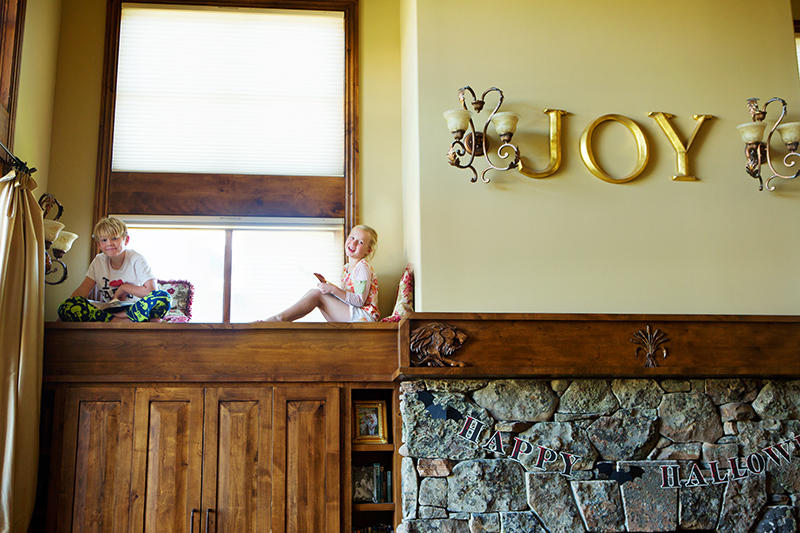 Everything changes; this changes everything. 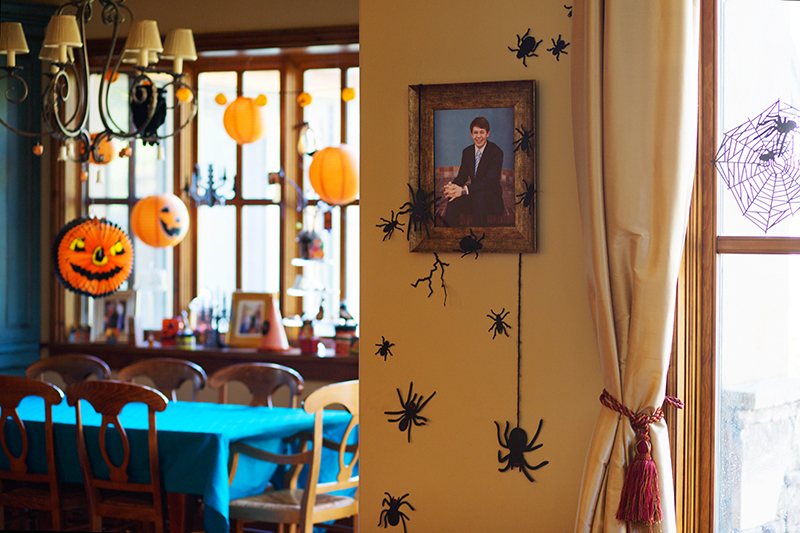 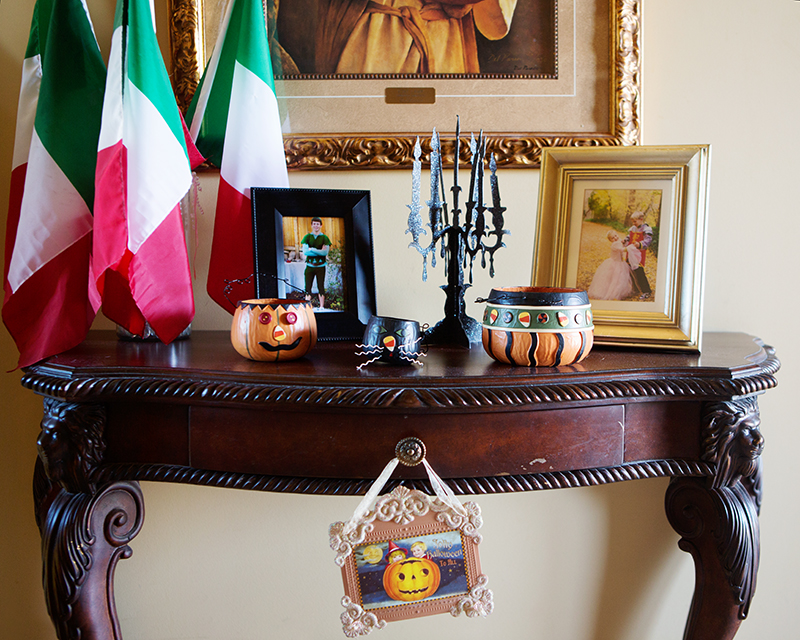 Friday after school, Xander climbed onto our shelves to read the new Percy Jackson novel in peace– 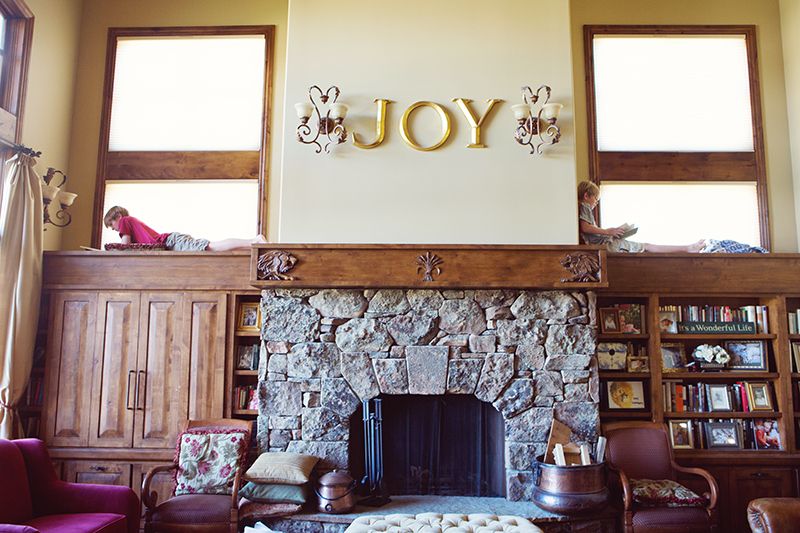 initiating a trend which lasted all weekend (a little dangerous, but he dusted up there too, making the whole escapade worthwhile for me). 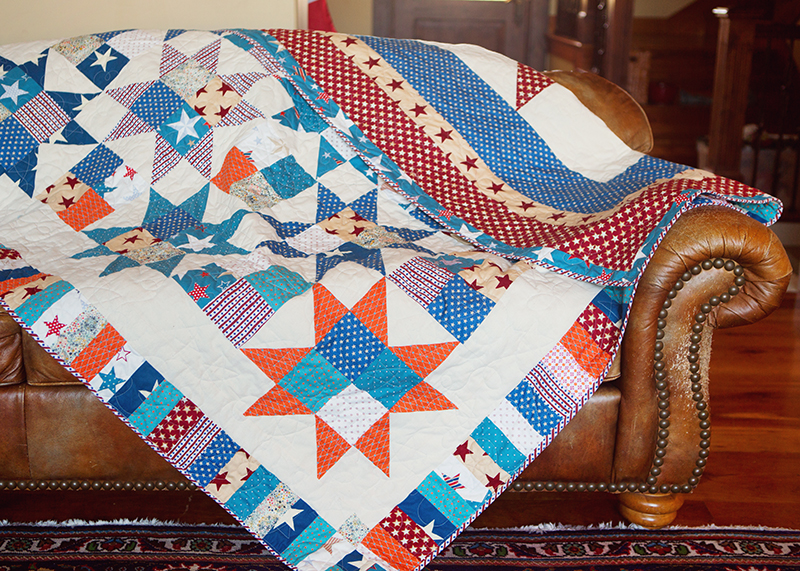 I worked on hand sewing the binding of Stefan’s college quilt (but didn’t quite finish). 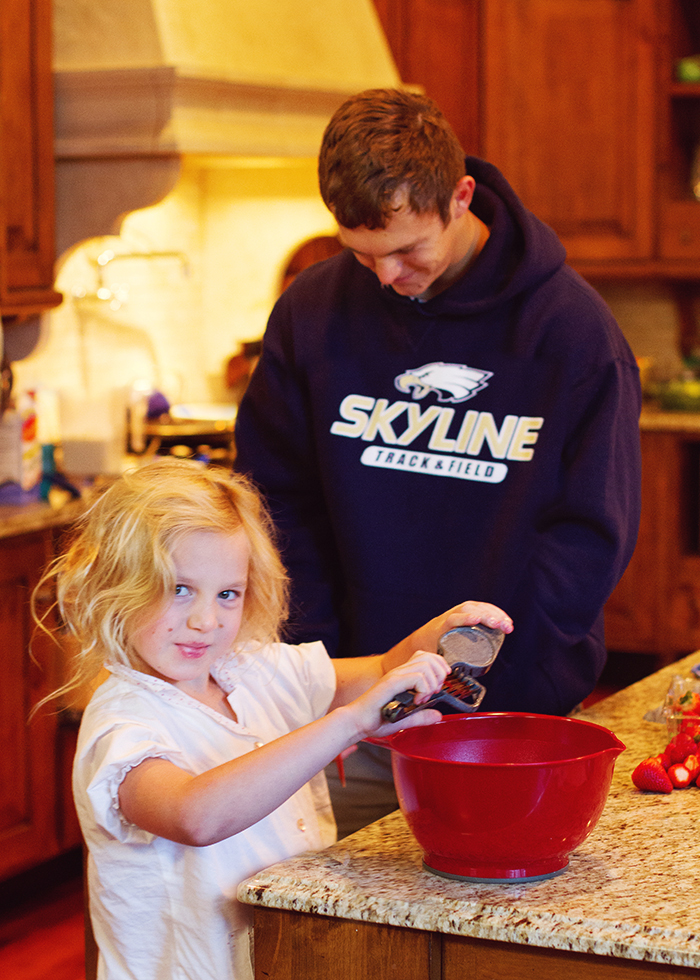 Saturday morning we dumped out our bucket of legos and made crepes just like we do every conference. 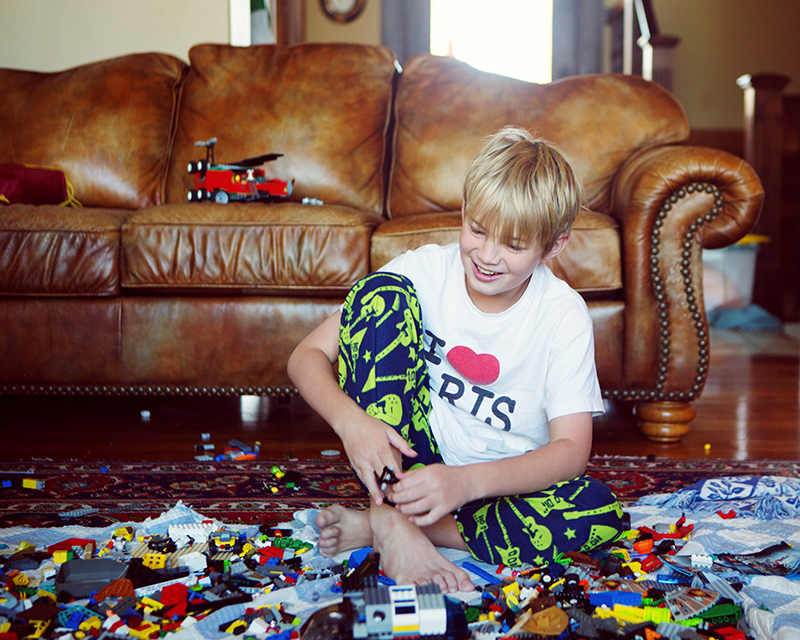 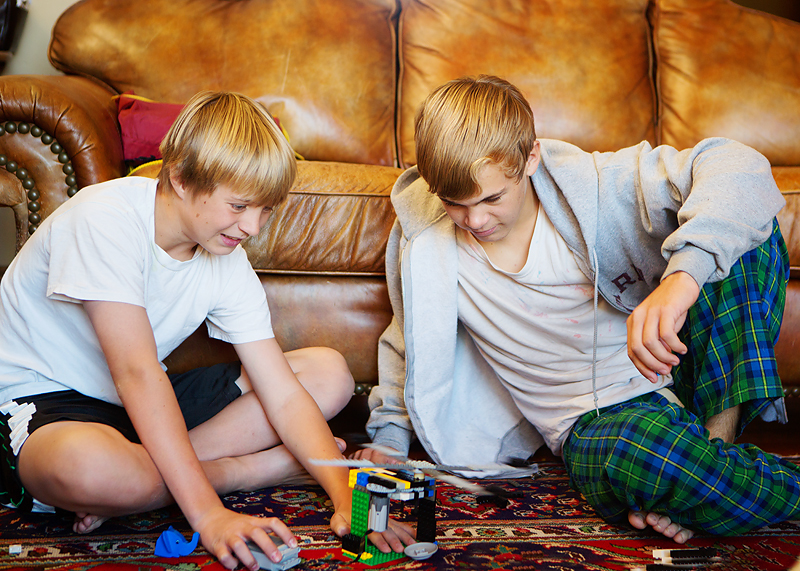 But when President Monson oh-so-casually announced a change in mission age– boys can now go at 18, girls at 19– Mormon life, for everyone, changed forever. More than anything, this change calls  parents to arms and especially mothers. But more on that in a bit. 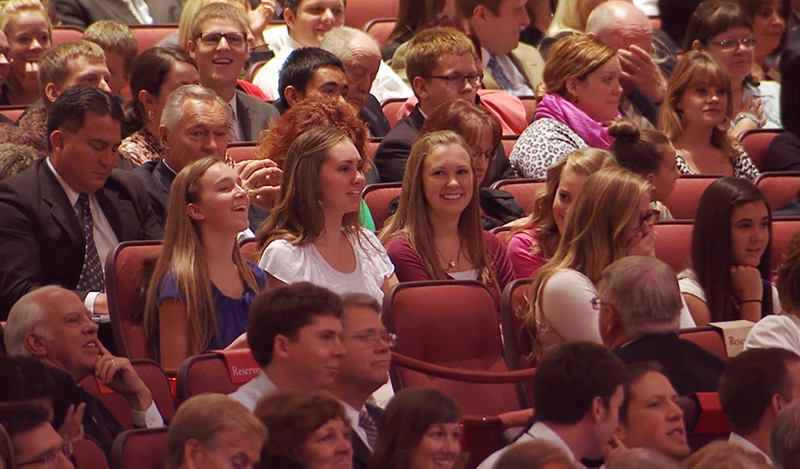 screenshot from video on lds.org

I know many of my blog friends are not LDS and it’s hard to explain exactly the ENORMOUS impact this few years adjustment will have on our culture.

In the past, boys left at nineteen or later (the upper age limit is 25) for two years and girls at 21 for eighteen months. Missions for boys are considered a priesthood responsibility and a great option for girls. As a teenager in the 1980s I fervently prayed the mission age would be lowered for young women and expected an announcement every general conference. The announcement didn’t come and in 1997 President Hinckley reaffirmed, “We do not ask the young women to consider a mission as an essential part of their life’s program. Over a period of many years, we have held the age level higher for them in an effort to keep the number going relatively small…I certainly do not wish to say or imply that their services are not wanted. I simply say that a mission is not necessary as a part of their lives.”

Even last week, I mused to a friend, “They’ll never change those age standards.” It reminds me of sitting in a church in East Germany just weeks before the Berlin Wall crashed down. An earnest woman told me, “We’ll never be able to leave this country.”

But two weeks later she strolled into West Germany, and today, thousands of teenage Mormon girls started their mission paperwork.

Now, please, don’t get me wrong. The age standard when I was nineteen was right (in a way the Berlin Wall was NEVER right), President Hinckley spoke perfectly for the time from the 1960s to just last week. I had some incredible experiences between 19 and 21 (six months in Europe, a semester in Hawaii) and met Erik just before I turned 21. Although we briefly discussed me serving a mission while he got a bit more schooling in, we quickly discarded the idea and got married instead (a decision Ben has repeatedly expressed gratitude for since he was born 13 months after our wedding).

But times have changed. And I am grateful for living prophets who receive inspiration and revelation. 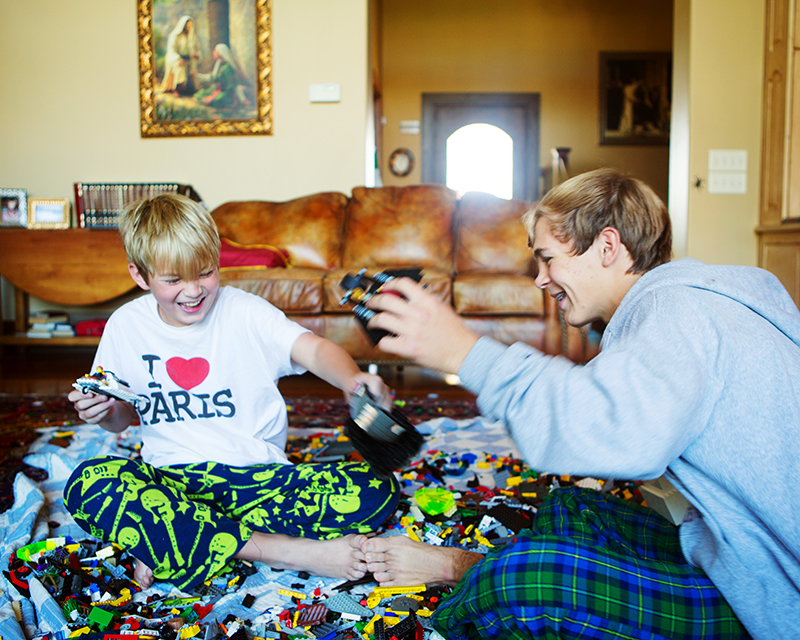 they are really good at building quietly during conference, erupting into sound effects and battles between sessions.

What does it mean?

Most boys will leave on missions fresh out of high school. Gone is the goof-off freshman year of college, gone is the idea– “I’ll do want I want now and repent later.”

Many, many more young women will serve. Because we marry young in our culture, and since leaving just before your senior year of college can be extremely disruptive, many girls who would love to serve a mission simply haven’t been able to go at that time in their lives. Those barriers just crumbled.

From Stefan’s realm of acquaintance, he surmises we’ll see as many or more girls than boys serving within a few years. And after my experience with the Young Women, I’ll tell you those girls have sweet, firm relationships with Jesus Christ and knowledge of the atonement. Still, I hope we won’t place undue pressure on any girls who choose not to serve (since this is simply another option) and I hope we won’t judge any boys who choose to serve later or not at all.

“Waiting for a missionary” will slip into antiquity. Girls will be serving their own missions or pursuing other plans and I expect many letters of support will be exchanged between girlfriends and boyfriends and just friends.

Sunday teaching from ages 3-18 will have renewed focus for boys and girls. A new curriculum for the Young Women and Young Men was just released Friday which “invites students, parents, and leaders to study and teach in the Lord’s way.”

More responsibility now rests on parents to prepare their children for missions. Because more missionaries will likely be serving, the time in the Missionary Training Centers will be cut by a third. I love this change and subscribe to the idea the lessons in the MTC should be a review, not a revelation. Cooking, cleaning, washing your laundry and ironing your shirts will receive more emphasis all through the teens.

Since the age change will mean many more families send out two missionaries at once, we will need to support each other financially and emotionally even more than we are now. Donating to someone else’s mission is good for all of us and will unite us as a people. Each congregation will take pride in “our missionaries” rather than leaving the responsibility solely on the family. My family doesn’t need financial support, but I could certainly use more emotional support. No longer will I feel so alone sending out my five boys (and now Mary) in a row, because my friends up the street with six girls are in the same boat.

Speaking of Mary, the likelihood of her serving a mission just flipped from 25% to 95%. And although I’ve always planned to raise her to be strong, self-sufficient and with a firm testimony of Christ, my focus sharpened just a bit over the weekend– in a good way. 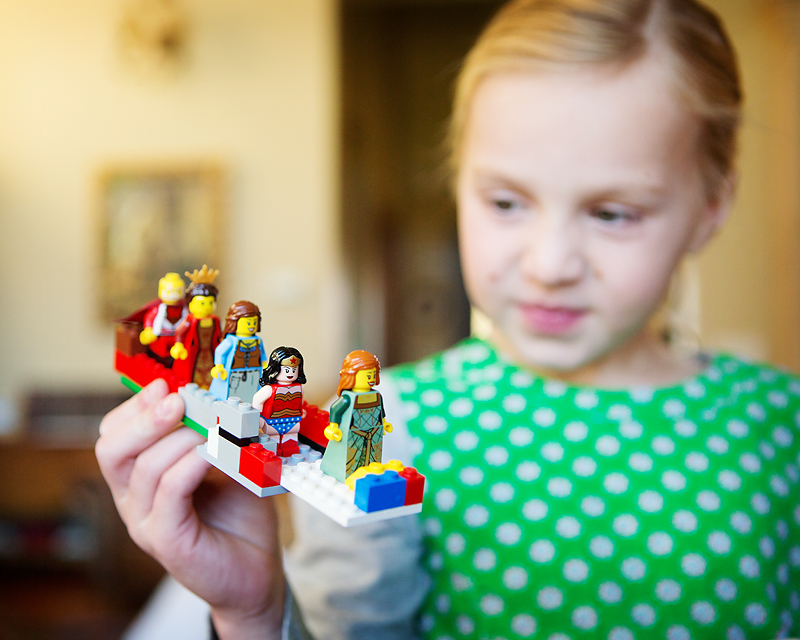 she found every girl lego we own, but still loves her dollies more 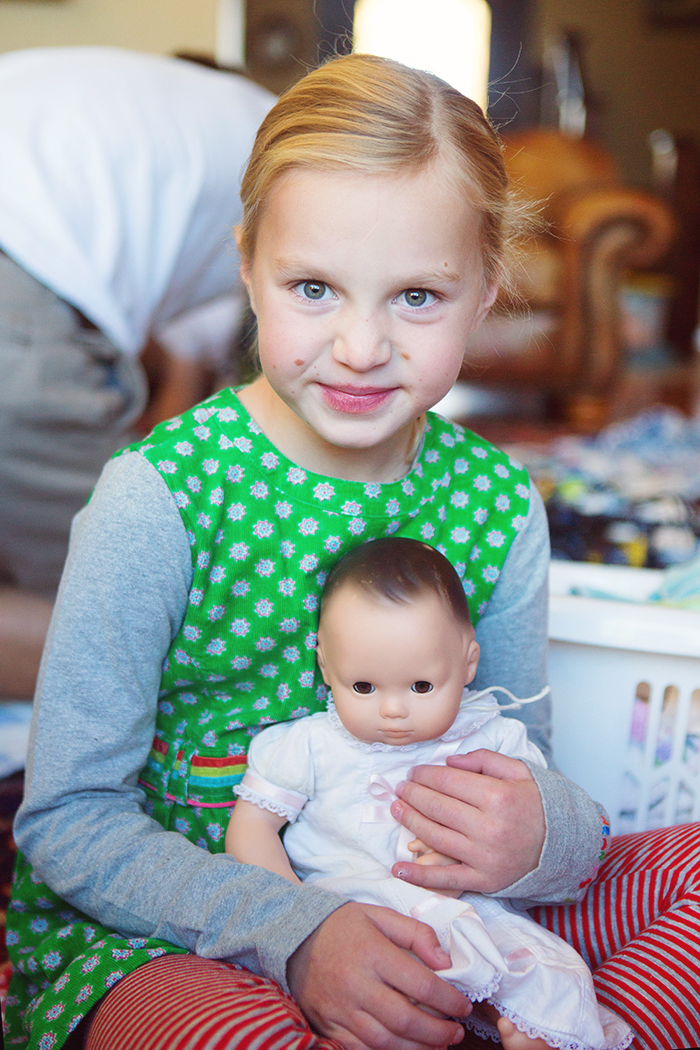 I’ve heard a few people worry this age change will result in fewer LDS women finishing college. I suspect the opposite will result. From what I’ve seen, most missionaries return home focused and determined to complete their education.

Our young women who choose to serve missions will be able to receive the blessings of the temple at a younger age (in general, we go to the temple just before mission or a marriage). 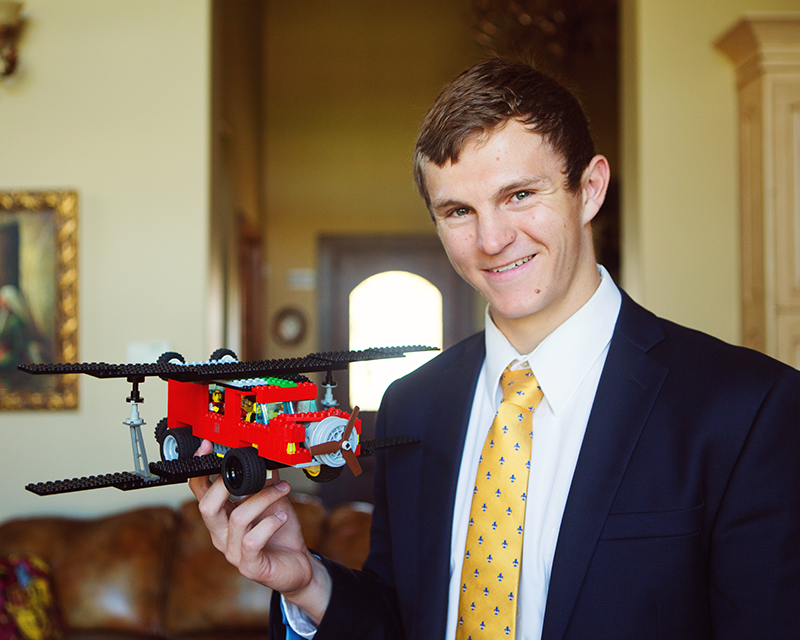 The announcement was most applicable to cute Stefan who visited with our bishop Sunday to get his paperwork started. His plans aren’t changing much– he’ll be nineteen in March and even if his papers went in today we don’t think he’d be able to go before his birthday. But he is moving up his availability a few months, from June 15th (because I selfishly wanted to take the entire family on a vacation before he left) to April 17th (just before the last day of finals at BYU). He wants to turn in his papers before Christmas and beat the rush of all the high school boys who will be eligible right after graduation. 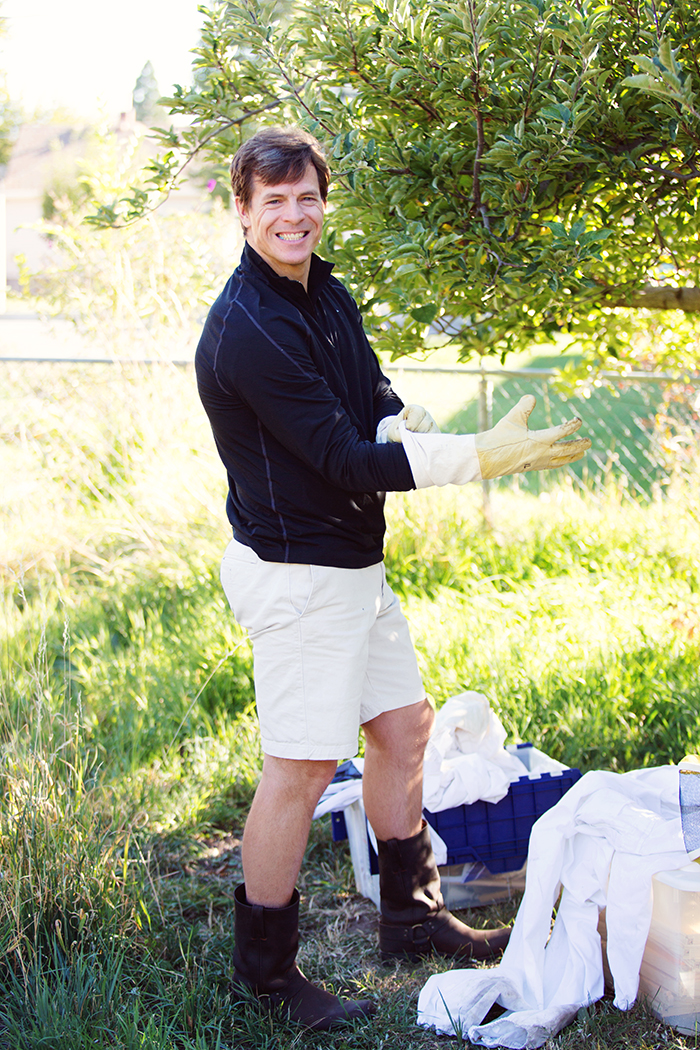 As excited as I feel about the change, I’ll confess I wish I could teach in Young Women’s or Sunday School right now (though I do love my calling in the Nursery with the 18 month to 3 year olds). But the more I listened and pondered I realized this change is a call to mothers, a call to me. My job has never been more urgent, more important. In the words of the famous sons from Helaman’s army, “yea, they had been taught by their mothers, that if they did not doubt, God would deliver them. And they rehearsed unto me the words of their mothers, saying: We do not doubt our mothers knew it.” 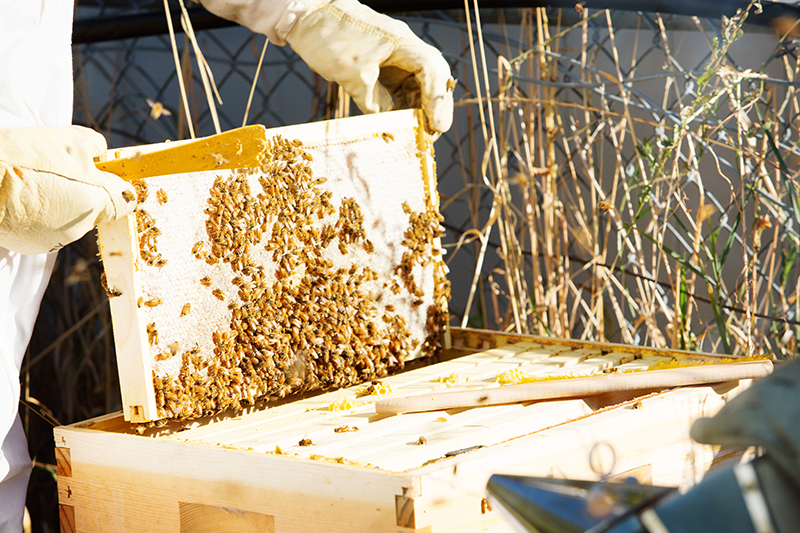 In Sunday conference, Elder Ballard taught that each honeybee only produces 1/12th teaspoon of honey in it’s lifetime, yet, together the hive creates gallons of glorious sweet honey. “Work that would be too overwhelming for a few bees to do becomes lighter because all of the bees faithfully do their part.” 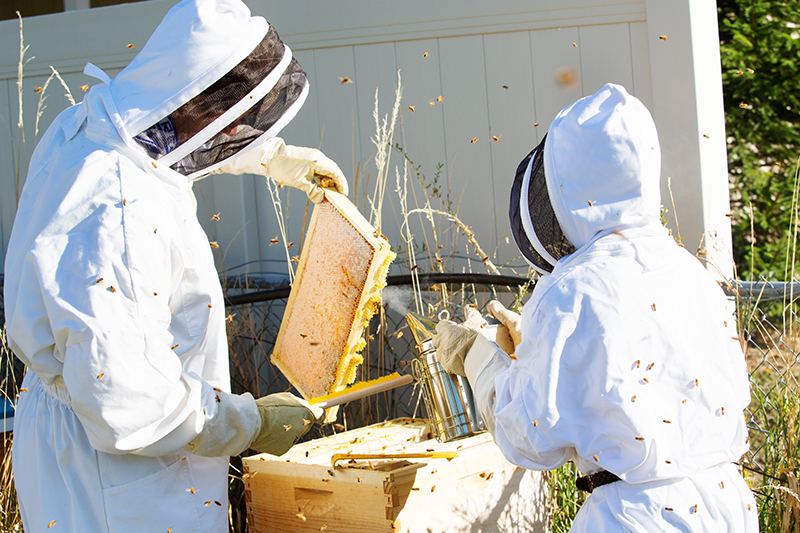 His words seemed especially fitting since we pulled our honey frames this weekend (it was a busy few days!). 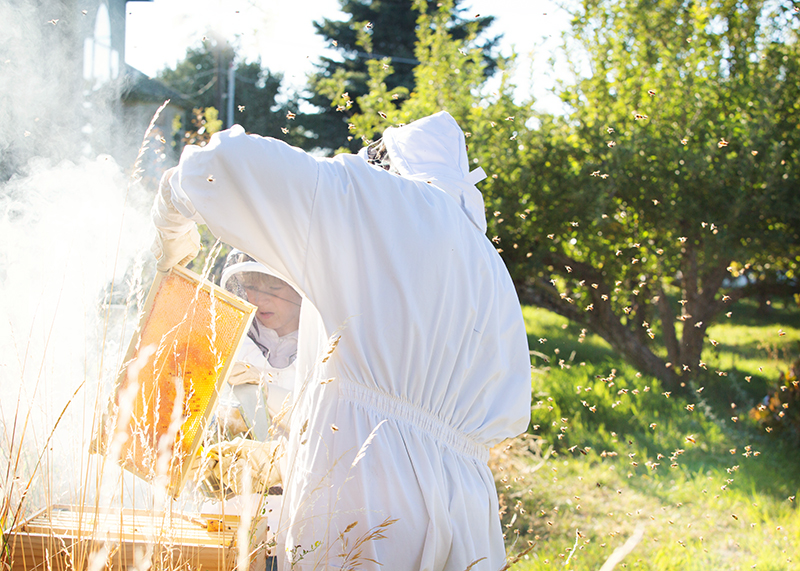 So I’ll be content with my part, producing my 1/12th teaspoon, grateful to be part of God’s great work. And I’m downright giddy with the renewed knowledge we have a prophet who hears God’s voice, nothing is impossible– glorious, wonderful, unexpected changes await each of us.

“The battle today, between Babylon and Zion, is being waged between the synapses of our brains.”

getting older; getting better