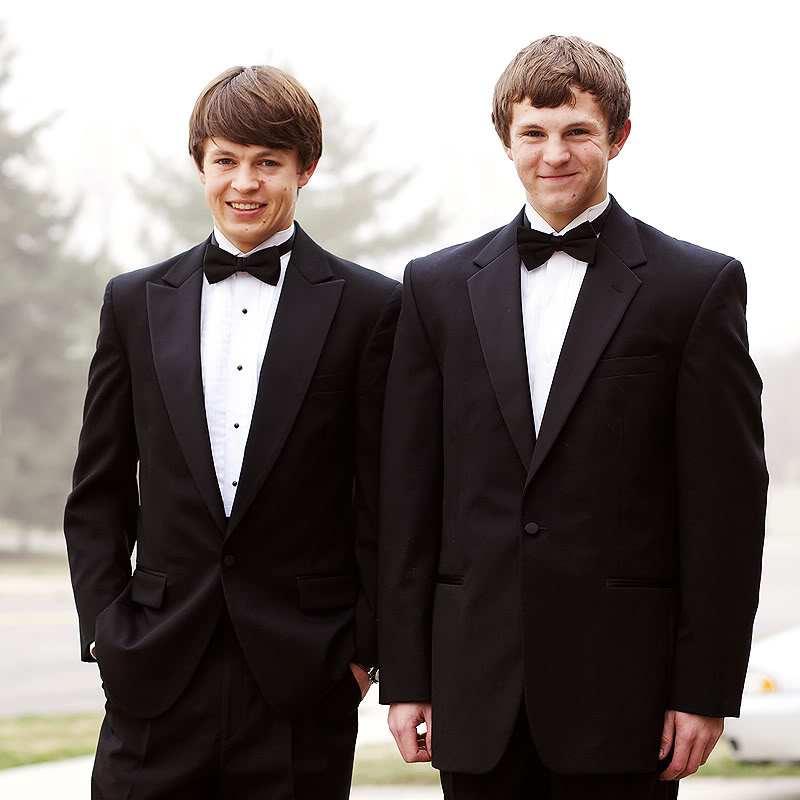 After thousands of lessons, years of practice and weeks of extra rehearsals, Concerto Night came in all it’s glory. Classical musicians aren’t like football players– their opportunities to perform are few and far between and are in front of a half-filled auditorium rather that a stadium of screaming fans. But last night was luminous, exultant, beautiful. 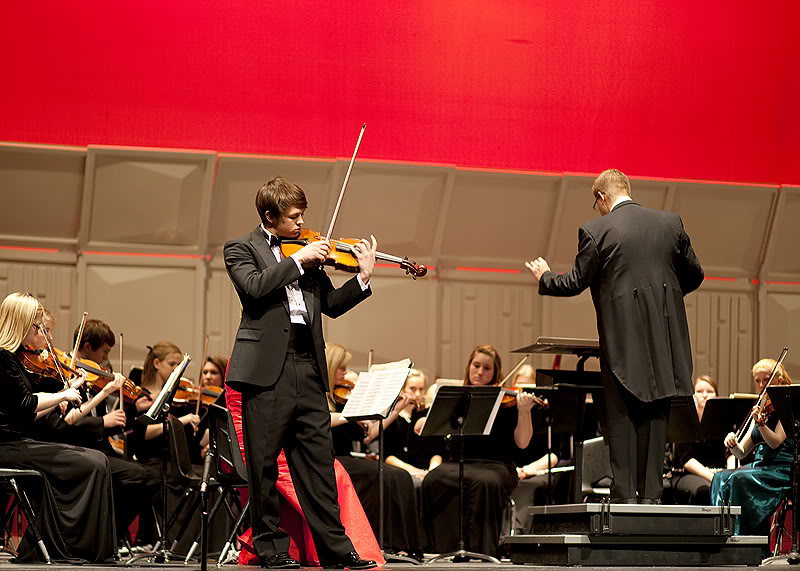 My hands shook with nerves as Ben’s took the stage. He’d worked so hard, for so long… 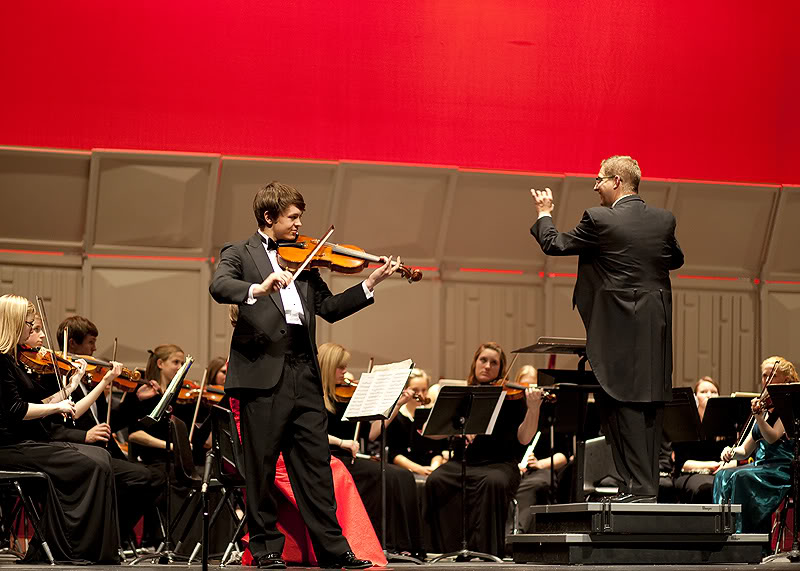 As he reached the last twenty seconds of the song after all the high passages, the long runs, the difficult trills– he knew he’d made it. He’d done it. And his face broke into a wide smile. His conductor knew it too. 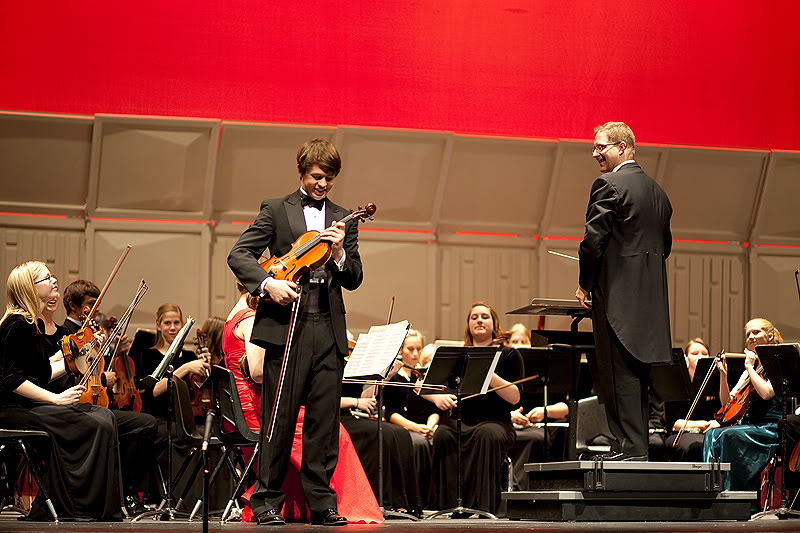 Oh how I love this photo– the JOY! the reactions of everyone in the orchestra and the audience; the gorgeous blond violinist on the left. 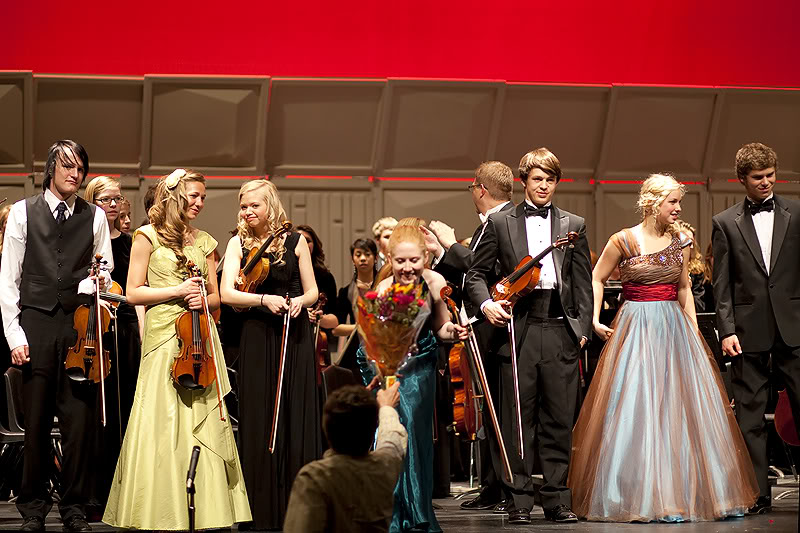 After the concert (nearly 3 1/2 hours of music) the performers, orchestra, friends and family gathered in the halls. Everyone was absolutely giddy– they’d pulled it off! Over and over I heard the teenagers saying to each other, “I can’t believe we did it!” They had learned 17 concertos and played them with perfection– indistinguishable from a college symphony. And it wasn’t easy stuff– 12 minute pieces like Gershwin’s “Rhapsody in Blue,” Tchaikovsky’s “Violin concerto in D Major” and Lalo’s “Symphonie Espagnole.” 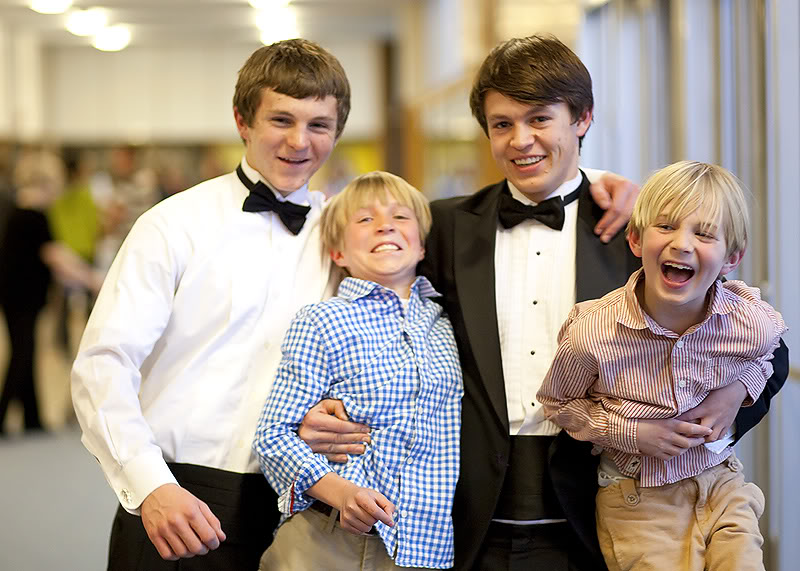 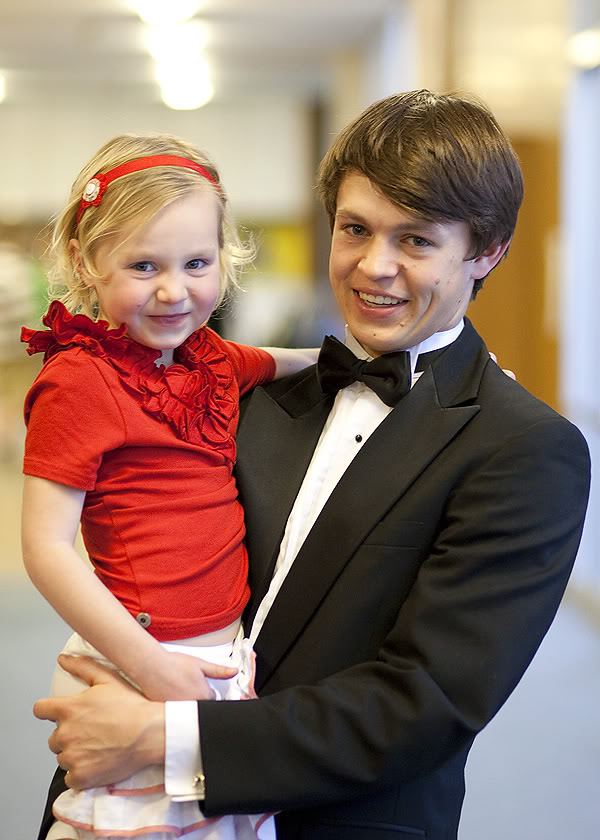 For the next few hours we basked in the pure joy of a task well done– of hugs and compliments and happy tears. Next year, these kids will be scattered in conservatories and colleges around the country; but last night they played together, they played for each other with tired fingers and aching backs.

Ben was everywhere, flitting from one group of friends to the next. But every time I looked his way he was smiling. 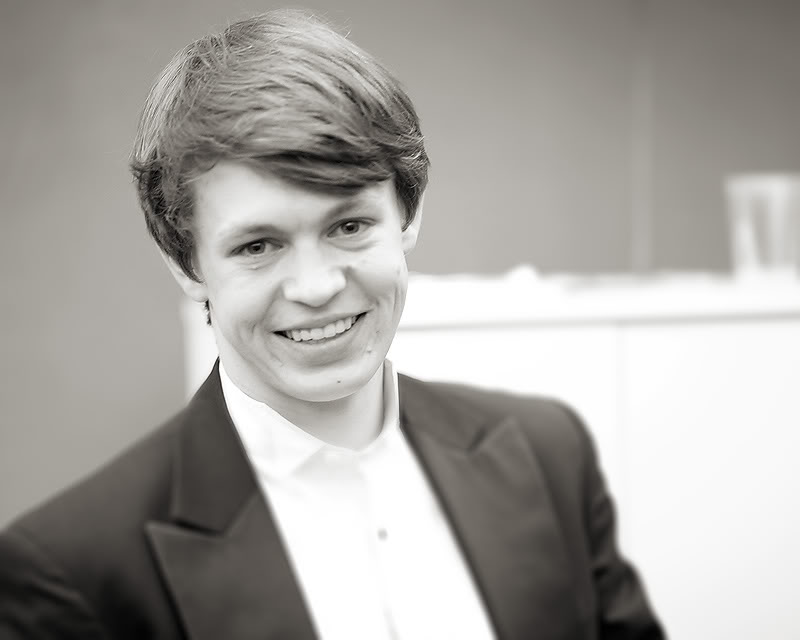 and it’s a little out of focus, but I love it
p.s. thanks for cleaning the fridge, Ben. That made me pretty happy too.