Pulling into my garage Friday afternoon I was greeted with this cute scene: 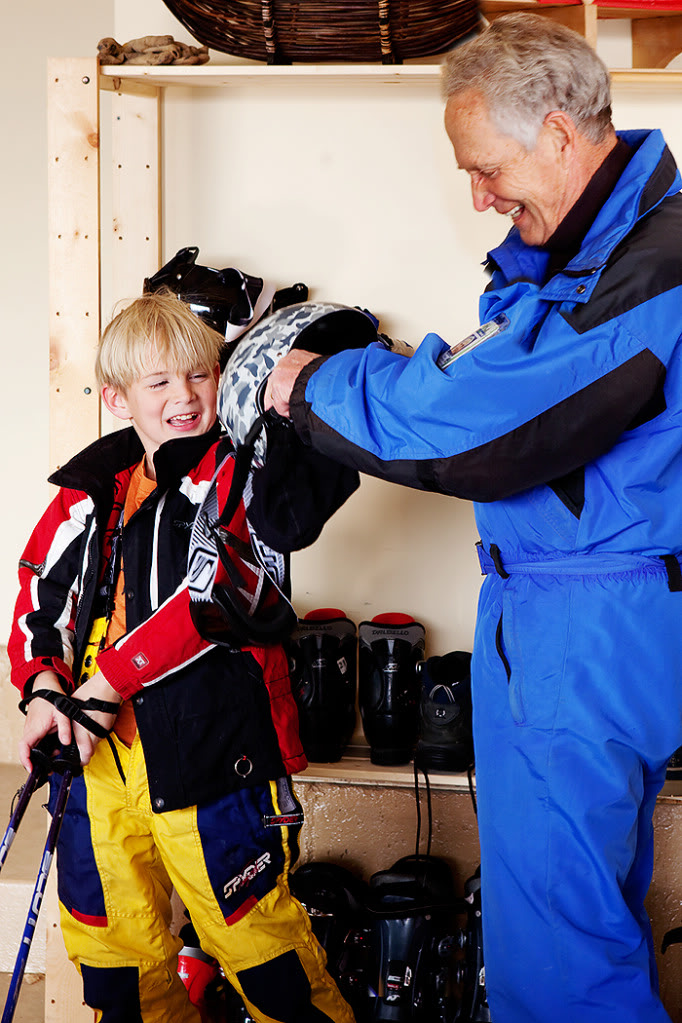 Gabe danced and sang nonsense songs while Grandpa Fritz wrestled a helmet onto his head. Checking equipment for size is standard practice for Fritz before he takes a little one skiing. He’s had enough experience with a crying boy on the mountain, “My boots are too tight!” and always does a quick try-on at home.

Not only does Fritz arrange ski dates and take the boys (and Mary if she would go), he also calls me in August to remind me to buy the cheap kids’ season passes and searches ski shops and garage sales for good used equipment. On the ski hill, he quizzes instructors for teaching tips and constantly develops new games individualized to each child.

Gabe was something of a reluctant pupil at first. More than once, Grandpa gathered Gabe’s boots and mittens, took him all the way up the ski resort, buckled his boots, snapped on the skis and carried him across the parking lot, simply for Gabe to insist that it was too cold and they spent the afternoon sharing a cup of hot chocolate in the lodge.

I was always embarrassed after those outings. Acting spoiled is frowned on at my house and I was afraid Gabriel was wasting Grandpa’s time. But it was never a waste of time for Fritz, he was always patient and cheerful, asking Gabe questions and teaching him a hundred silly jokes from his thirty-year career as an elementary teacher. For Fritz– it was, and is, his relationship with Gabriel that mattered, not his prowess on the ski hill.

All the boys have been taught to ski by Fritz and his methods have been different with each of them– clipping the tips of the skis together, slaloming around plastic cups, even a few professional lessons.

At some point their skills exceed his; they zip down the mountain ahead of him find new ski partners. But Fritz is always there for a game of tennis at the park or help fixing a windshield wiper or an oil leak on Ben and Stefan’s cars. It’s no surprise that almost every “My Hero” paper by my boys is written about their old German grandpa, who escaped East Berlin at fifteen with only the shirt on his back and his sixteen year old brother as a companion.

Darkness had fallen Friday night before Fritz and Gabe made it home. By then, Grandma Maria had called with worry and then laughter in her voice–“They must have stayed for night skiing. That’s just Fritz.”

“Where were you? What took so long?” I asked my frumpled, red-nosed boy as he shuffled into the house shedding shirts, socks and mittens in a trail of debris.

“Are we late?” Gabe asked innocently, “We were just having fun.” 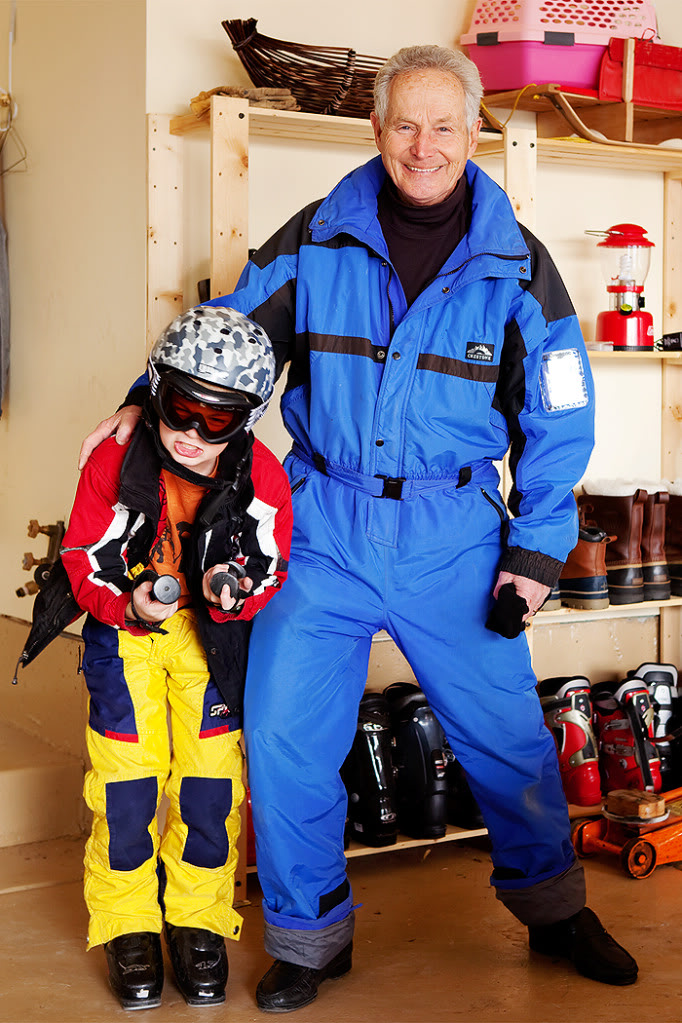 Our society esteems men who draw large pay checks and hold positions of power, but perhaps the true measure of a man is how many knock-knock jokes he can tell by heart and his patience with an 8 year old boy.

how to ‘encourage’ your children to play together