Holocaust Awareness, Anti-Bullying Day– Why you need it in your school NOW

Three things you need to know right out of the gate: 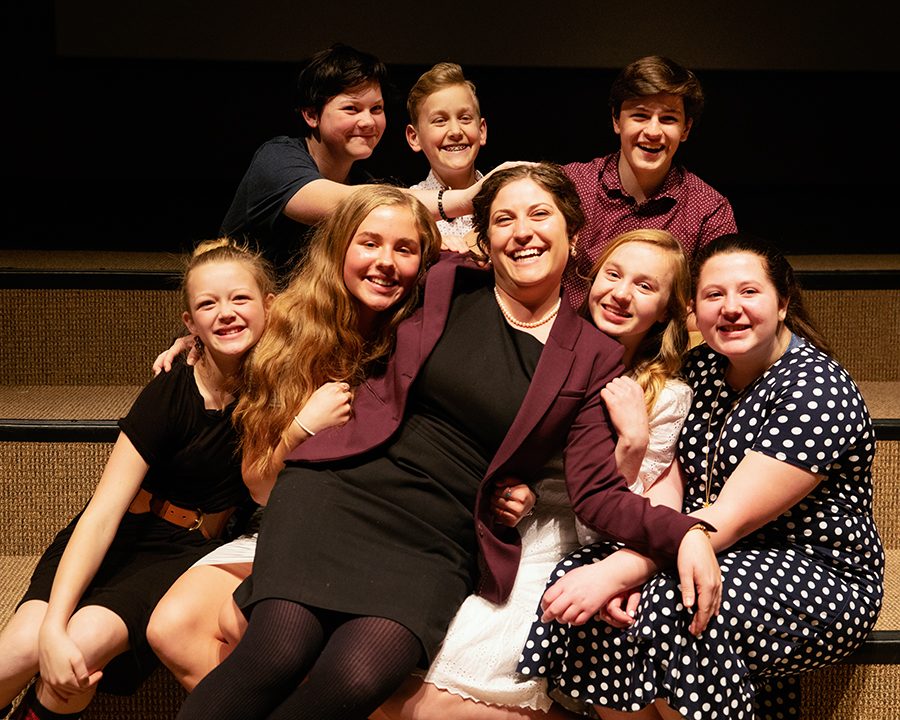 If your reaction is disbelief, join the crowd. What? Anti-semitism in Salt Lake City, Utah? But we love Jews. We love the synagogues and the Jewish Community Center, we admire our local rabbis and often join in Passover and Yom Kippur celebrations. Many of our kids take Hebrew lessons and dream of visiting Jerusalem.

Our affection for Judaism runs so deep, most parents couldn’t believe bullying was happening at our school until the principal emailed parents. Even then, many members of our community questioned if the abuse had been exaggerated or if Jewish students had somehow brought it upon themselves. And that’s when I got mad. No one deserves to have horns drawn on their photo, no 13-year-old girl deserves to be called a whore on an election ballot, no one deserves to hear so many cruel comments and get punched in the hallway so many times that they are forced to change schools.

And while the abuse felt like an anomaly to the parents in our school, it’s a trend rolling out across the nation. In 2017, anti-semitic incidents increased by 57% nationwide. As reported in the New York Times, Jonathan Greenblatt of the Anti-Defamation League (ADL) cites three contributing factors: “the increasingly divisive state of American politics, the emboldening of extremists, and the effects of social media.”

At our school, I believe all three elements led to anti-semitic behavior. We’d just come out of a heated election season, extremists were feeling empowered and kids witnessed bad behavior on social media that they didn’t fully understand. When I talked to our school principal he said district-wide they were seeing a dramatic rise in bullying targeting kids because of their religion, skin color, ethnicity and country of origin. He believed many kids were simply parroting bad behavior they’d observed in adults on television, social media and, sadly, in their homes. “Many of these kids honestly don’t understand the message they are sending when they draw a swastika.” asserted Principal John Anderson.

You might feel a rush of anger when you read those words. What? Those kids don’t know what they are doing? I didn’t know what it meant to give someone the finger when I was a kid but I knew it was wrong. But I grew to understand Principal Anderson’s perspective. In junior high, we are dealing with kids who are confused by a world filled with loud voices, their own insecurities, disagreements in their own homes, and yes, hormones. Sorry. If you’re talking about junior high, you’re always talking about hormones.

So, rather than getting mad, I decided to get to work. If kids truly don’t understand the historical, emotional and legal ramifications of swastikas and holocaust jokes, we need to teach them.

I picked up the phone, opened my email, got in the car and talked to Dr. Ilona Klein at Brigham Young University (yes, BYU does have Jewish professors), Dr. Julie Ault at the University of Utah, numerous people at the United States Holocaust Memorial Museum,  Jewish leaders in our community, our Utah House Rep. Patrice Arent (who just happens to be Jewish). We were able to set up a meeting with the parents of the students who had been bullied and Utah State Governor Gary Herbert, who dedicates his life creating a safe and enriching environment for everyone in the state.

I talked to so many people, SO MANY PEOPLE, and learned from each one. But I really gained traction once I contacted the Anti-Defamation League (ADL).

The ADL’s tagline reads, “FIGHTING HATE FOR GOOD.” And that’s exactly what they do. When you explore their website, you’ll find a goldmine of educational materials, and when you place a call asking for help, they’ll roll out the red carpet. The ADL concentrates primarily on anti-bullying. If you use their curriculum you won’t find the words ‘anti-semitism’ or ‘Jew’ anywhere in the material. They simply teach kids (and adults!) about treating people decently. Also, their book lists and movie lists are fantastic.

So, here’s what we did. I met with Principal Anderson and promised him I wouldn’t try to scare kids or make them cry or shame them. He graciously agreed to a full day of training for 30 student leaders (put on by the ADL), three grade-level assemblies and then student led workshops in the afternoon.

Jacqueline Regev flew out from San Francisco and presented a full-day anti-bullying workshop for thirty kids. The words anti-semitism or Judaism never came up during the 7 hour experience– the ADL teaches compassion and kindness towards EVERY member of the human race. If they come to your school, they will not come with a Jewish agenda– they will present a human agenda.

Caring for every member of the human race– especially those who have been mistreated, marginalized or driven from their homes– forms a basic tenet of Judaism. “You shall not oppress a stranger, since you yourselves know the feelings of a stranger, for you also were strangers in the land of Egypt.” Exodus 23:9. The work of the Hebrew Immigrant Aid Society (HIAS)— another beautiful organization with an incredible website) has recently drawn attention with the Pittsburgh shootings.  If you want to accuse Jews of welcoming strangers and loving their fellow men they are decidedly guilty. And I’m happy to stand with a group of people guilty of kindness.

OK, I’m rambling (and after I write here, I need to find a way to condense this for articles elsewhere). You get the picture. I threw myself into this project. I talked to dozens of people, recruited all kinds of leaders and professors to speak at our assembly and edited videos from the ADL website. Early on, I decided I would not show any photos of dead bodies or videos of executions. We found that photos of shoes and glasses, wedding rings and children’s toys were more effective. When you see dead bodies you look away; but when you see a pile of shoes you stop and ponder.

I knew the assembly had to be interactive. I wasn’t going to ask the kids to sit for yet another hour of their day. We focused on basic holocaust awareness with an emphasis on anti-bullying and treating everyone well. I wanted kids to leave feeling empowered, not anxious. I edited seven videos and kept the length under 2 minutes on most of those. Our visit to the Anne Frank house in Amsterdam last year inspired the first video and set the tone for the assembly. When the kids walked into the assembly we had, “Here Comes the Sun” playing and when they exited we cranked up Andy Grammer’s “Give Love.”

Originally we planned three assemblies so that each could be age appropriate. But even when we decided to present exactly the same material at each assembly, we realized it was better to do in smaller groups. We also made the kids stand up and talk to each other and that would have been harder with the whole school.

But it wasn’t until 9 days before the assembly that the most important element came into focus: the assemblies had to be student led. I politely informed all the adults we wouldn’t need them and recruited kids to get on the stage. Here’s the truth: adults talk to kids so much about bullying it all becomes “Blah, blah, blah.” But when students hear from their peers, they listen. We did have one beloved teacher on stage and videos with adults speaking (including a video made just for us from our awesome Lt. Gov. Spencer Cox), but from the welcome to the closing it was students, students, students (including the incredible Lili Rutherford who ran stage crew).

And it was amazing.

Kids reported to their teachers, “I think that changed my life.” The principal cried. No parents complained. The afternoon activity went beautifully. And hopefully, somehow, it did some good.

But we all need to keep trying, to keep opening our hearts to others. To treat everyone, everyone with grace and love.

So here it is. Take it. Use it. Change it and make it yours.

Becoming An Ally: Introduction from Michelle Lehnardt on Vimeo.

Becoming An Ally: Countdown Timer from Michelle Lehnardt on Vimeo.

Becoming An Ally: Anti-Semitism Today from Michelle Lehnardt on Vimeo.

Becoming An Ally: Liberators and Survivors from Michelle Lehnardt on Vimeo.

Becoming an Ally: Minute of Silence from Michelle Lehnardt on Vimeo.

Becoming An Ally: Christian Picciolini from Michelle Lehnardt on Vimeo.

Becoming An Ally: Conclusion from Michelle Lehnardt on Vimeo. 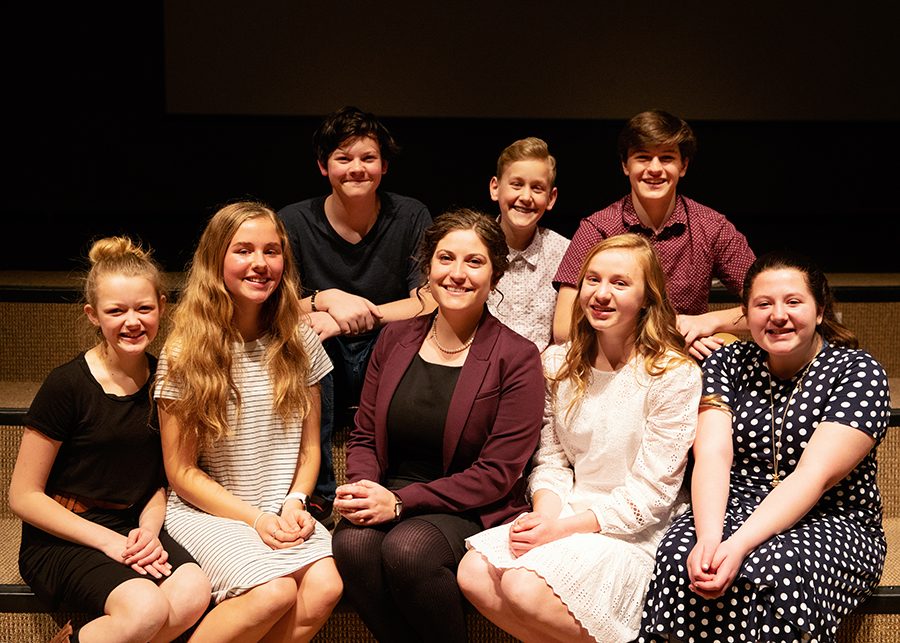