Why yes, I did hear that the U won on Saturday. And in case you missed the score: 24-48 was painted all over my windows and a few happy momentos left on my doorstep. 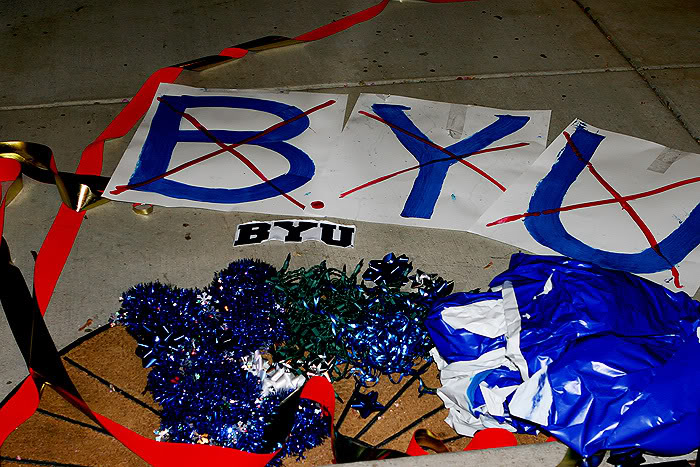 Stefan can’t believe that Roger (or maybe Mary?) would desecrate this lovely BYU t-shirt when I’ve been too cheap to buy Stef his own. Sorry kiddo, pranks are a higher priority than clothing in the family budget. 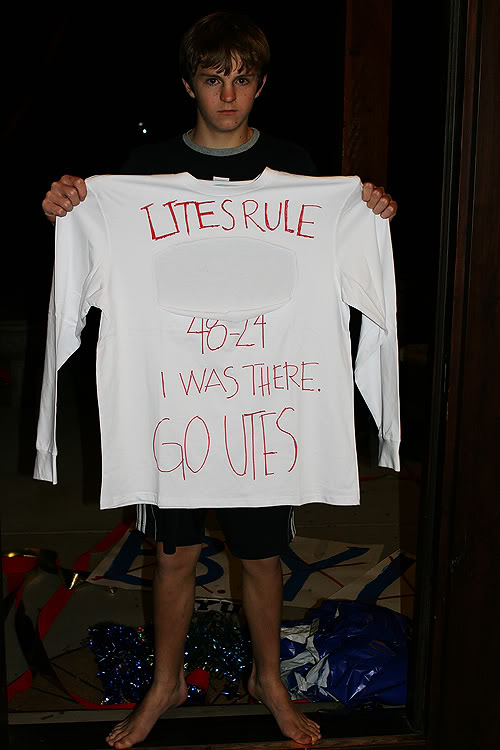 Love the annual holy war, love the rivalry, love devising evil plans to get those Utes next year…

But Sunday morning dawns, and everyone has to be nice at church– or at least civil.

Today is Hansel’s first Sabbath as a twelve year old and he leaves the 3-11 year old world of Primary for the sophisticated realm of Young Men’s, Deacon’s Quorum, Boy Scouts…(did I just put sophisticated and Boy Scouts in the same sentence?) It’s the closest we Mormon’s come to a bar mitzvah– interviews with the Primary President and the Bishop, being presented to the congregation and reciting an article of faith (Hans did the 13th cause he’s ambitious that way) and for boys, receiving the Aaronic Priesthood and being ordained as a Deacon. As a deacon he is responsible for passing the sacrament, folding chairs, cleaning the chapel, shoveling the walks, going door to door to collect fast offerings and basically doing any sort of chore the Bishop asks of him. It’s so nice to have someone besides me to boss him around.

It was also Hansie’s first time wearing a tie. I have a strict rule forbidding ties on my boys until they are twelve. They’ll be wearing those nooses for the rest of their life so I don’t allow them on my little men(though Gabe seriously covets his buddy John’s spiffy 3-piece suit and tie). Erik instructed him on the fine art of tying the knot: 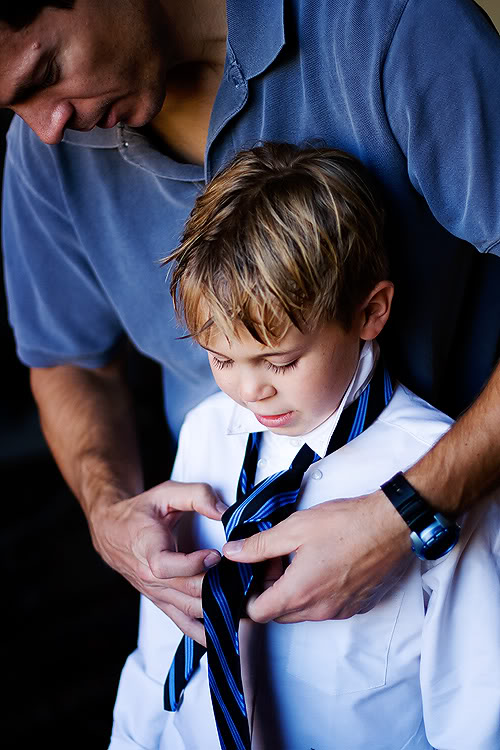 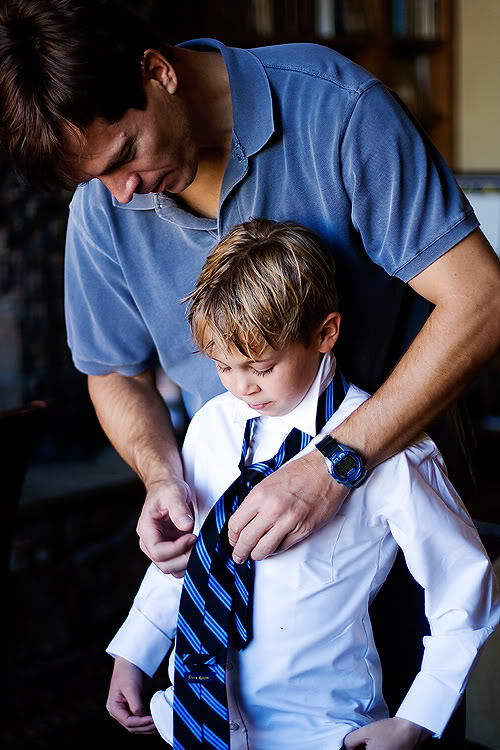 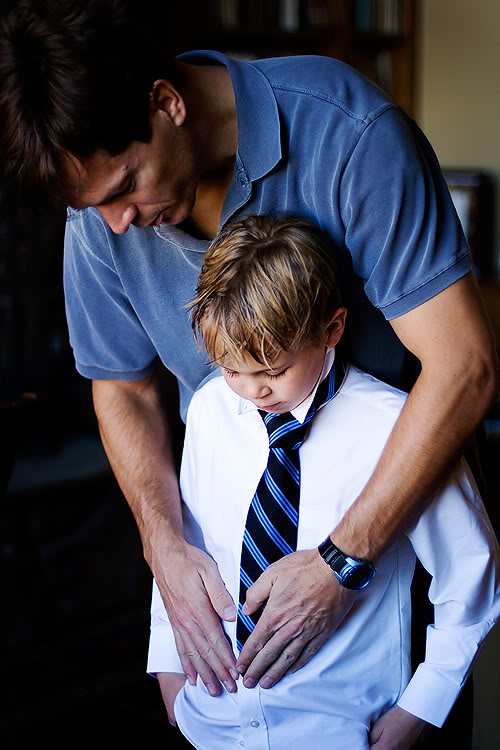 check the length– oops, too short.
Erik warned him that it takes at least 3 tries until every Sunday until you turn 14. 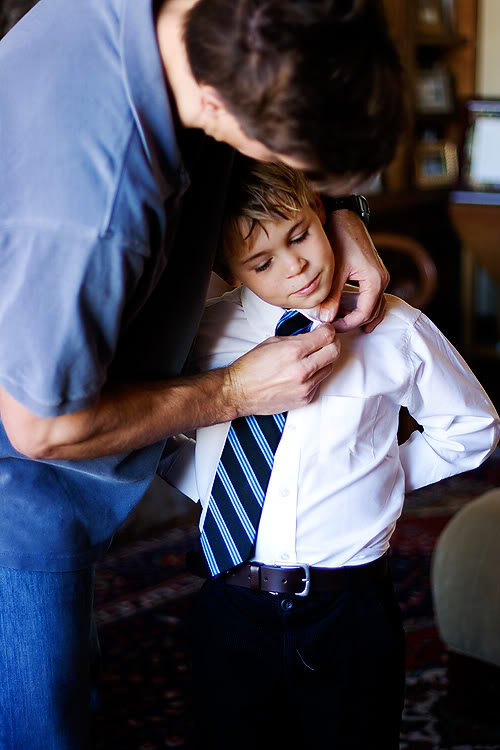 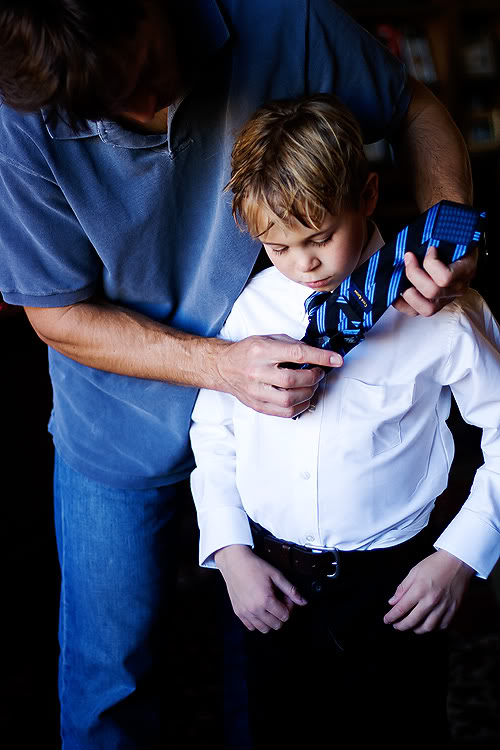 slide through the back.
I’ve been thinking about this day, this photo, since Hansie was born. And it’s lovelier than I imagined. 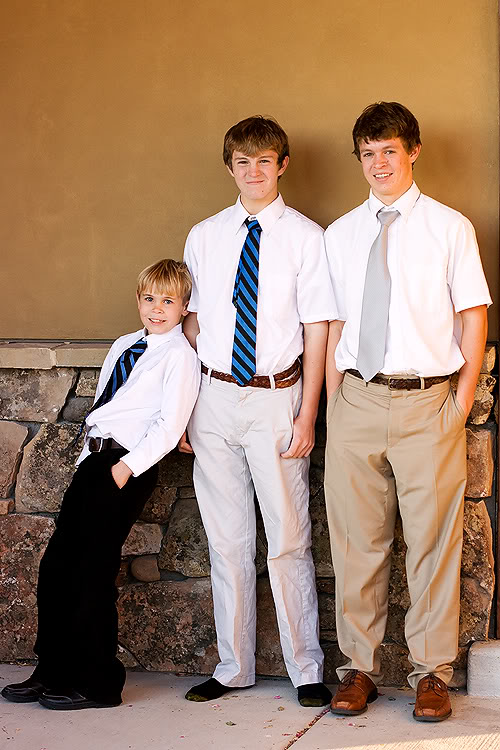