Saturday was not a good day for Stefan.

He awoke with a rashy face and contacts that refused to settle in his eyes.

At his violin competition he played Vivaldi’s “Autumn” beautifully and as the pianist said–“A perfect performance!”– yet received a low score.

Trying out for the tennis team, later that day, he lost to someone that he usually easily outplays.

Out with his friends that night, he ended up sitting alone at the dollar movie because none of the girls dared move up a row and take the seat next to him.

Then he found out that the girl he admires, the one that for months he has planned to ask to the first dance after he turns 16, was asked by someone else.

And yet, today as we are offering sympathy and solutions he shrugs and laughs and still gives “one shoulder each” rides.

I admire Stefan on his good days, but on his bad ones, I stand in awe. 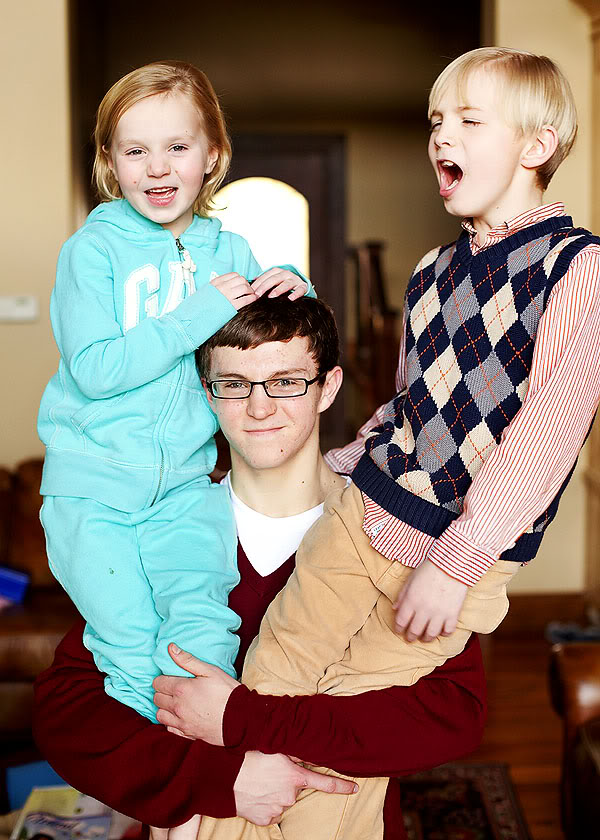 Kipling says it better than I.