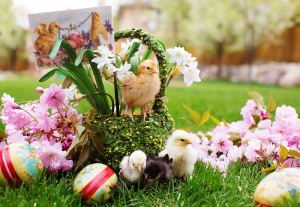 I’m just pulling out Easter baskets and getting ready to make chocolate chip bunny cake. My best finds for this weekend:

watch it once and I promise you’ll watch it again and again. 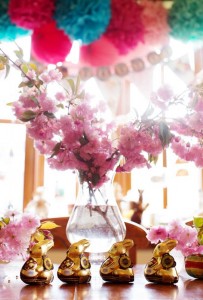 Cherry blossoms from the backyard and Ferrero Rocher chocolate bunnies. Not only are these the least expensive bunnies on the grocer’s shelf (they were $2.50 at my store) they are the MOST DELICIOUS we’ve ever tasted (Xander and I just had to sample one to make sure they were passable). 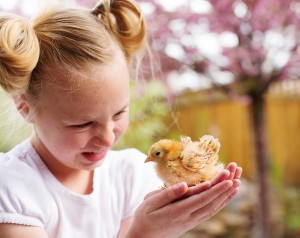 Anna the chick is getting her frizzles. 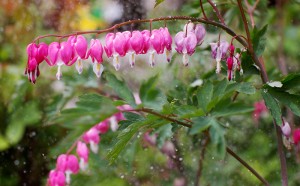 Music Director Mack Wilberg originally expected a few thousand of the Choir’s best friends for their performance of Messiah in April, planned in preparation for a May recording of Handel’s masterwork. However, the concert “has turned into something much bigger than I thought it would be,” Wilberg explains. “It’s a wonderful problem to have.”

All available Messiah tickets were distributed in just over seven minutes. Fans, alarmed that they would miss such a historic performance, pleaded for a larger venue or extended performance days. The Choir responded by planning an online stream of the concert, making it possible for anyone, anywhere in the world, to connect to the program. The Messiah concert will be streamed live on mormontabernaclechoir.org/messiah beginning at 7:30 p.m. Mountain Daylight Time on Friday, April 18, and will be available to play through Monday at 11:59 p.m.

Fastastic! Yes? I love when they hear of a need and respond with such generousity. Makes you feel like the world is indeed a good, bounteous, beautiful place. 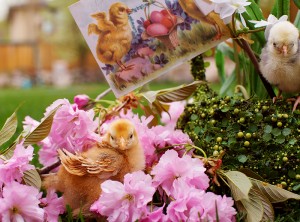 Happy Easter! May your day be joyous.