This afternoon we went on our annual outing to cut down a Christmas Tree. As an act of pure love Erik drives up to the Heber District Ranger Office on the first Saturday after Halloween each year and buys a tree-cutting permit for $10.

Cutting a fresh Christmas tree sounds so romantic and festive but it’s really not. The first year we went with my sister and parents and miraculously found a magic little spot where there were dozens of lovely trees, just enough snow to play in and cups of steaming hot cocoa to drink as Santa and his elves tied the tree to the top of the car. Every year since we’ve chased that memory only to drive through blizzards, run out of gas, drive for hours without even seeing an evergreen and finally leave everyone else in the car while Ben and Erik tromp thorough knee-high snow and bring back a spindly tree that everyone makes fun of all the way home.

But magically, once we get home that spindly tree transforms into a beautiful majestic centerpiece of holiday joy. We’ve grown accustomed to large gaps between the branches and we are addicted to the height found only in a tree from the forest.

We tried to avert our usual bad luck by going out a little earlier in the season this year. It was a cold clear afternoon with only a dusting of snow on the ground. Since we were chasing daylight so we stopped at the first spot in the “acceptable cutting zone.” Obviously the first spot is going to be a bit picked over. Everyone rolled out of the car for a little hike.

With Stefan swinging the saw and Mary screeching, “My legs hurrrt! I can’t walk!” We walked through the very sparse forest. Most of the trees look like they’ve been drinking acid rain with twisted trunks and odd limbs spewing out. You can’t be picky in these woods. Only one out of hundred trees is the traditional single trunk with branches on both sides– and then you need to make sure it’s the species we are allowed to cut.

I carried Mary as we tracked further and further into the woods. Gabriel trailed along behind frightened at every footstep of the bears his brothers had warned/teased him about. Hnas suggested we simply go home and cut down one of our neighbor’s trees. I whined about carrying Mary. It’s tradition– I have to whine.

Erik found the very first non-deformed tree of the right variety. “Great.” I said. “Cut her down!”

“Really? I was only kidding.” It was pretty spindly and pathetic looking but it was time to end the pain.

With some heroic sawing the tree was quickly felled. Xander got possession of the saw while the big boys helped Erik carry the tree back to the car. We were slightly lost of course. On the way back Stefan abandoned tree-carrying to pull a tree trunk out of our path. At thirty feet long and only 6″ in diameter it was the ultimate light saber. Balancing and swinging it he carried that trunk all the way to the car. I remember when he was little and he would beg to take home a stick after a hike in the mountains– I occasionally gave in back then but no way was I taking this one home with us!

Ben and Erik tied the tree to the top of the car while the everyone else climbed in and jostled for car positions. Hans had found a zip-tie in the parking lot and wrapped it around Xander’s wrists. Ziiiiiiiiip! He was hand-cuffed. Hans and Xander panicked and begged me to find scissors, a knife, anything! I’m just really not that prepared sort of mother who carries matches, bandaids and scissors in my purse. I offered to cut it with the saw but Xander wisely declined. Erik tried sawing it off with car keys but it was a serious zip-tie. I didn’t see any problem. It was only a 45 minute drive home and one less boy with ability to hit the others sounded pretty good to me. I wish I’d thought of that years ago.

During the zip-tie bustle Ben finished tying the tree down and handed Gabriel the end of the rope through the window. “Now hold this very tightly Gabe, or the tree will fall off the car.” I saw Gabriel sitting back there holding onto the rope for dear life but didn’t understand the joke until we were halfway down the canyon and he cried out:

“Mom, can you hold this rope now? I’m getting really tired!”

I did hold the rope for a bit and Erik being a kinder, gentler parent than me stopped at a gas station and took Xander inside to release him from his bonds.

Erik is putting the lights on the tree right now and you know what?– It’s beautiful. I’m off to find the ornaments… 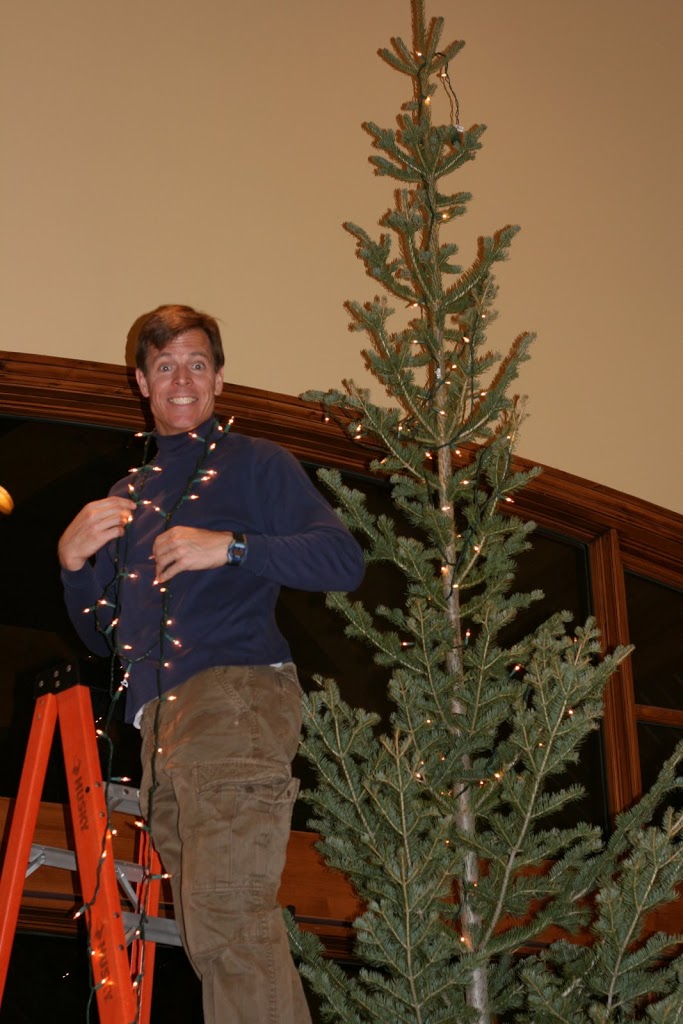 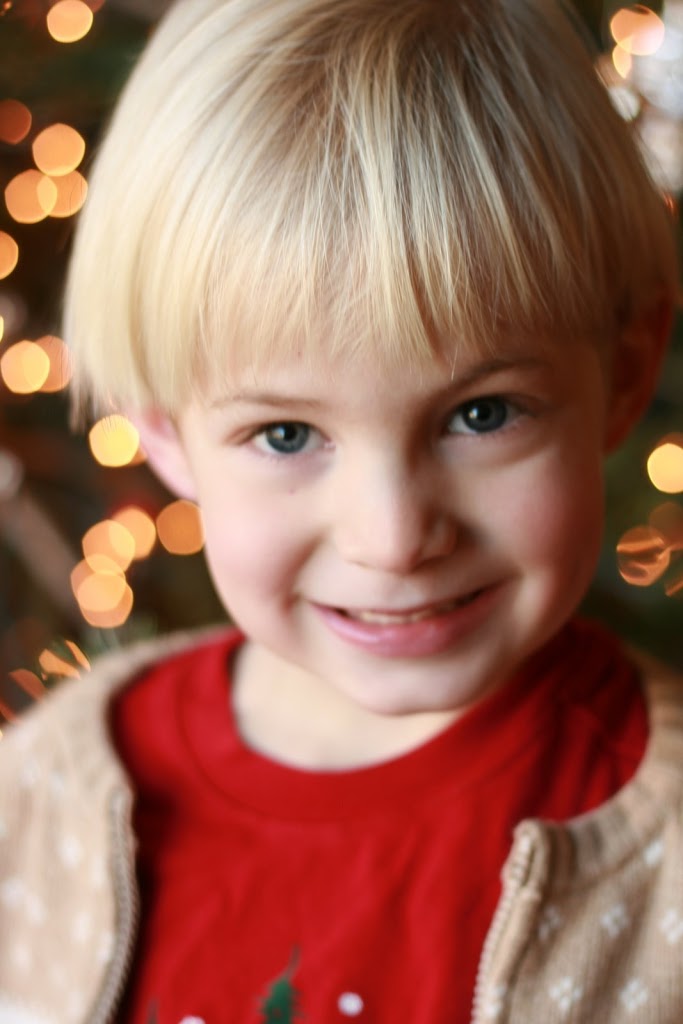