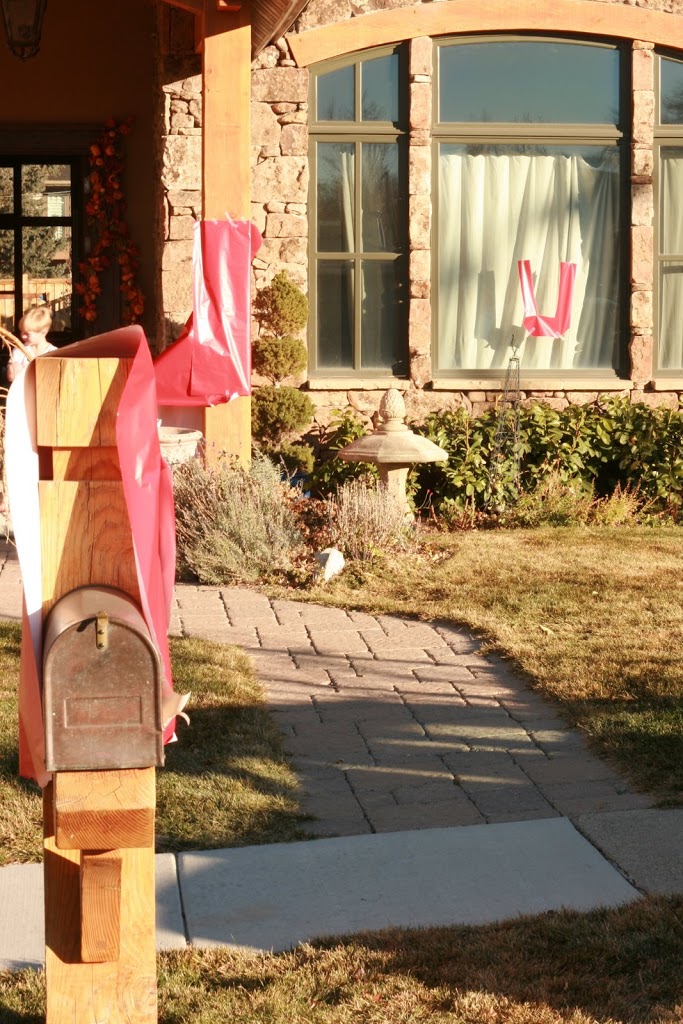 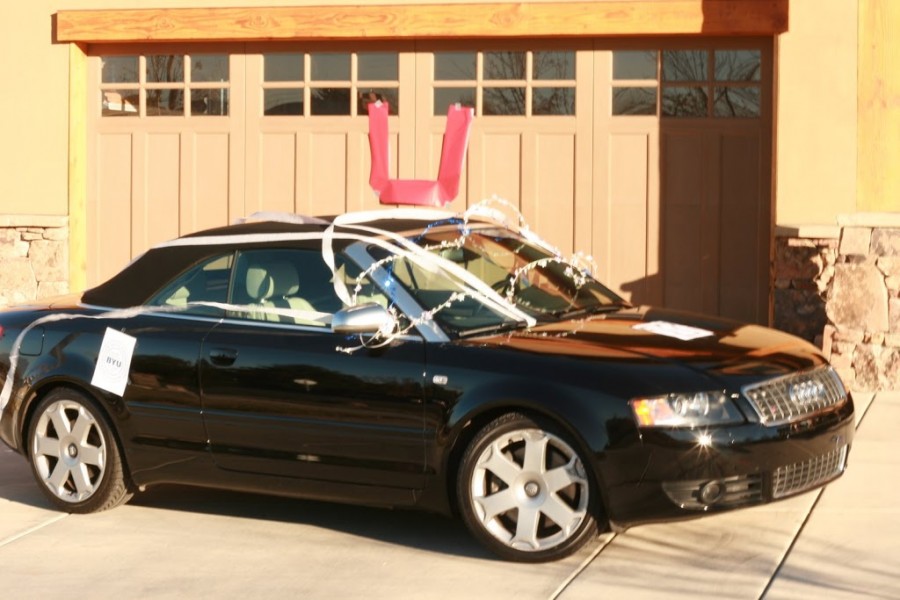 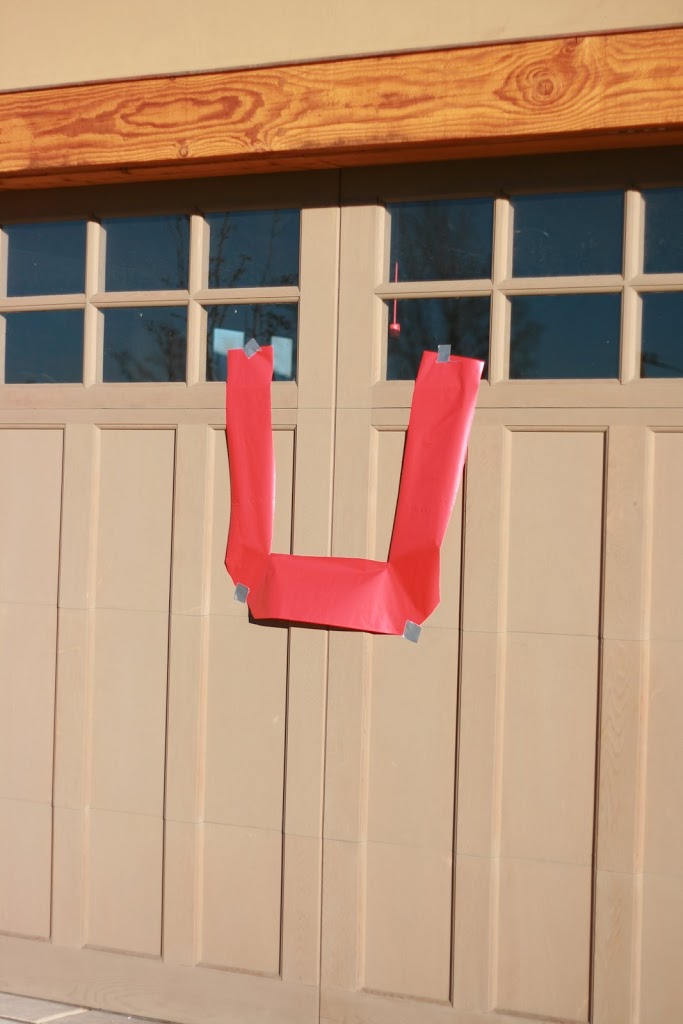 We went outside this morning to find our pillars draped in red wrapping paper and red Us taped to the windows and garage. Best of all was a convertible Audi parked in our driveway covered in BYU paraphernalia. Well, we deserved it.

Yesterday I was on a lovely run with Hans and Stefan(they are great runners but like to complain the ENTIRE time) and we stopped by Roger’s to harass him about the upcoming BYU-Utah game. Roger wasn’t home but Jane gave us the code to their garage door. We ran home and made plans for all the mischief we would do. Stefan turned to me quizzically and said, “Mom, didn’t you have enough fun when you were a kid?”

So late last night in the cover of darkness we tiptoed up Roger’s driveway armed with balloons, blue and white streamers, confetti and a dozen BYU signs. Obediently, the garage door opened when we punched in the code and as quietly as possible (HA!) we began decorating the car. The interior was filled with balloons and Erik and I were tossing streamers to each other over the top when the door to the house opened with a start–“Hey!” Roger yelled.

We all jumped and then laughed. Roger was dressed head to toe in UofU pajamas, sweatshirt, hat and slippers. “Oh just do your dirty work.” He said. “But I’ll be back!”

When we’d finished, Roger admired our work and then insisted on sharing the joy. I took the little ones home and Erik, Roger and the boys drove through the neighborhood showing off Roger’s newly decorated car and attaching BYU signs and balloons to the mailboxes of all the biggest U fans in the neighborhood.

So a little red on our porch this morning was to be expected. I’m just annoyed that Roger took his car back. Aren’t all decorations supposed to belong to the prankee?

The game today was fantastic. Ben had about 20 friends over(mostly U fans) and we invited a few families too. We cheered and laughed and ate lots of pizza and junk. Ben has the nicest group of friends we could wish for and though the rivalry was heated everyone stayed civil. I actually SAT and watched most of the game. My kids know I never sit and watch anything. BYU won in a spectacular last minute touchdown with jubilation from the Y fans and stunned silence from the Utes. Erik was especially silly and Ben’s red-blooded friend Taylor said, “I really like your dad Ben, but he’s driving me crazy right now!”

The teenagers left to work off their energy in a real football game over at the elementary and we had to become responsible adults again. But when the sun set immaturity once again took over. We left Gabe and Mary with a sleepy/sick Ben and went out to do a little post-victory decorating. Ben felt so lousy that he stayed home from a movie with his friends(now that’s a sick teenager!) but we thought he was well enough to babysit. Arriving home 15 minutes later we found Mary running up and down the sidewalk crying, “You left me, you left me!” Now that’s excellent parenting– leaving our toddlers home so we can go out and act like kids.