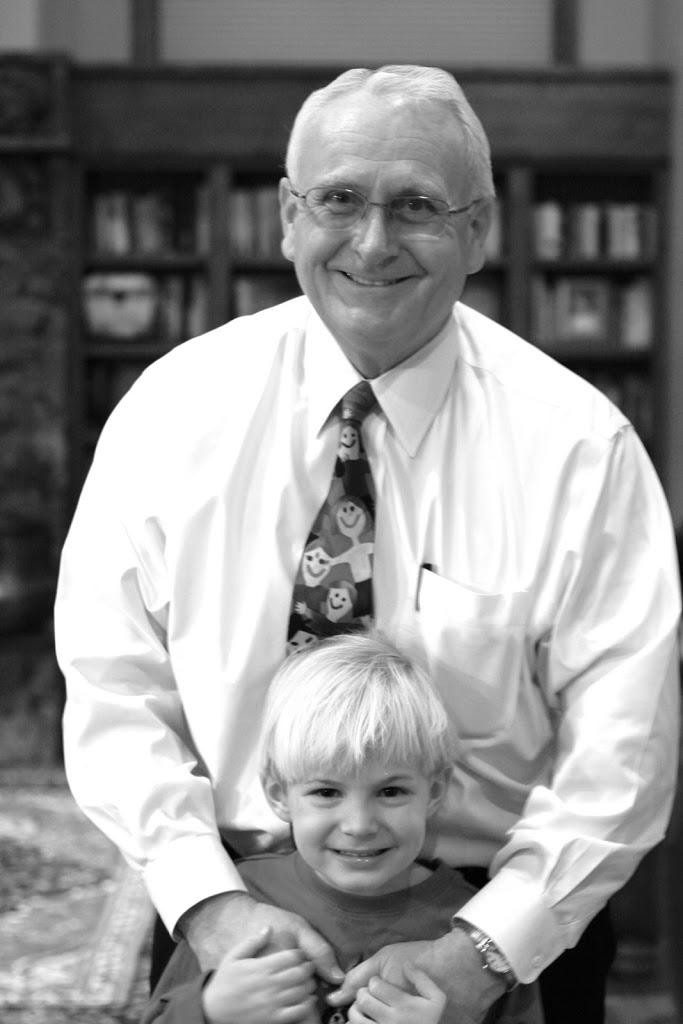 Really there’s no contest. The day after Thanksgiving is much better than the actual day. We slept in, the fridge is loaded with leftovers and we’ve played all day. We were going to venture up to Heber to cut a Christmas tree but laziness won out.

Thanksgiving was lovely. I had Erik prep the turkey not realizing that although we’ve had Thanksgiving at our house for the last dozen years he hadn’t dealt with raw turkey before.

He yelled in horror at the slimy skin and then the disgusting juices that pour out of it. By now the kids had gathered round to watch him pull out the turkey neck and then the bag of giblets. As he rinsed it out holding it by it’s neck and bum he swore he was never eating a turkey again– next year we are switching to “tofurkey.” Hmm, I wonder where Gabriel got his sense of drama from….? 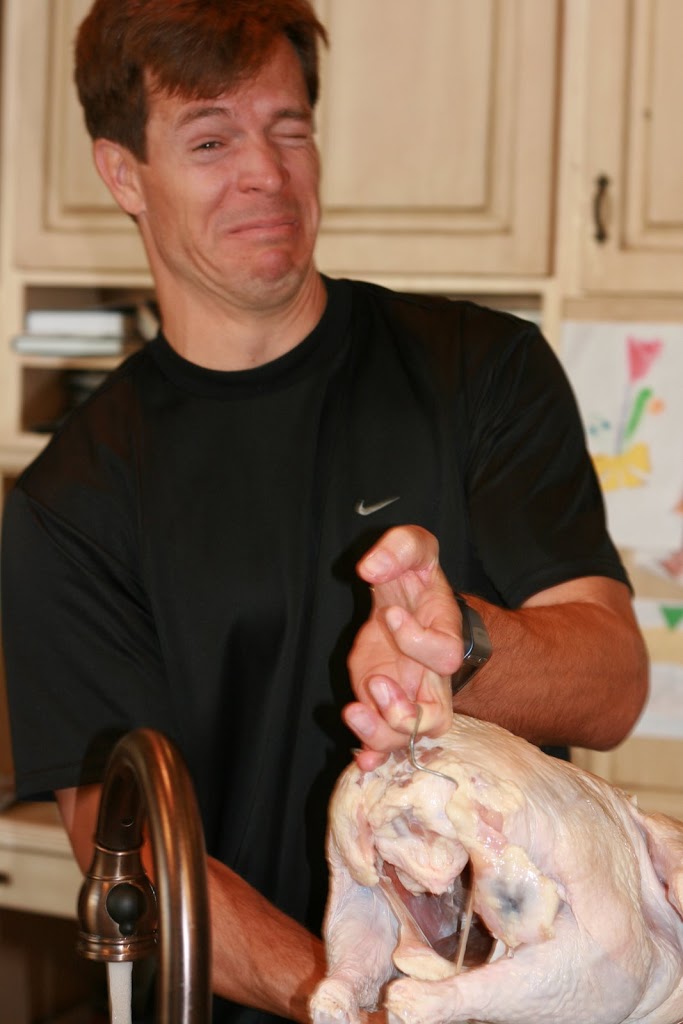 We spent entire day cooking– but mostly making pies. We are never practical when it comes to pies. Six is the minimum required number but this year we made nine: two pumpkin, two pecan, two oreo chocolate mousse, one banana cream, 2 lemon curd and oops, the apple pie never made it to the oven.

The last hour was frantic with Ben heroically putting together the stuffed mushrooms, Hans putting the final touches on the table, Stefan spooning out cranberry ice, the grandparents arriving and me running to and fro like a turkey with it’s head cut off; but the meal was beautiful and joyous. The table was picture perfect and everything tasted incredible. 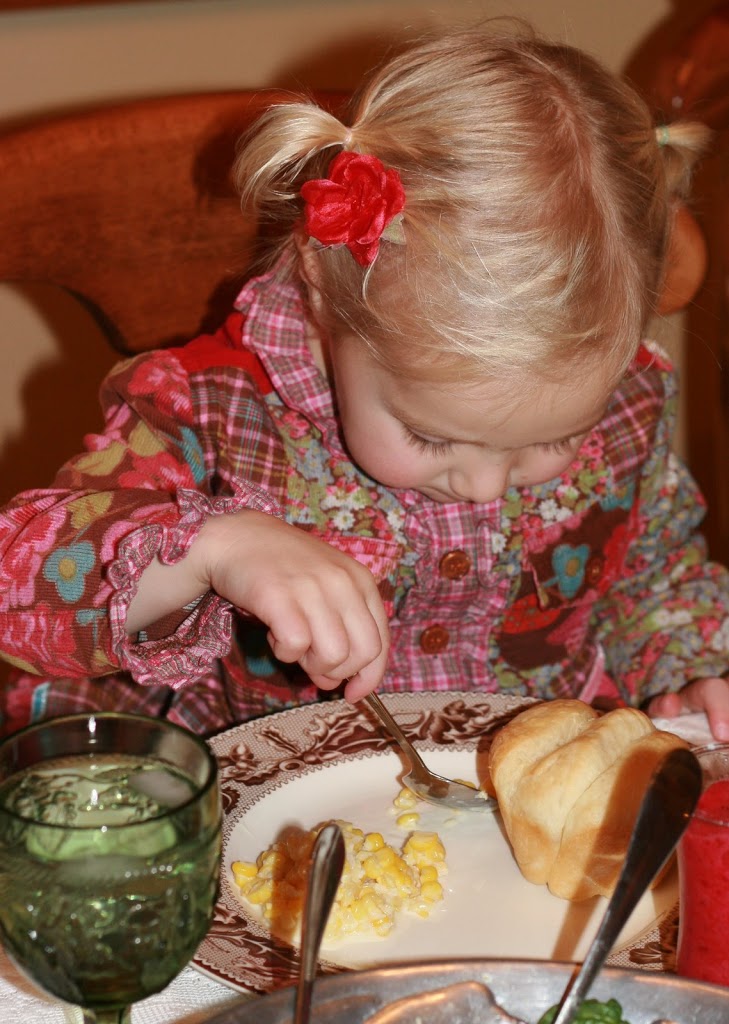 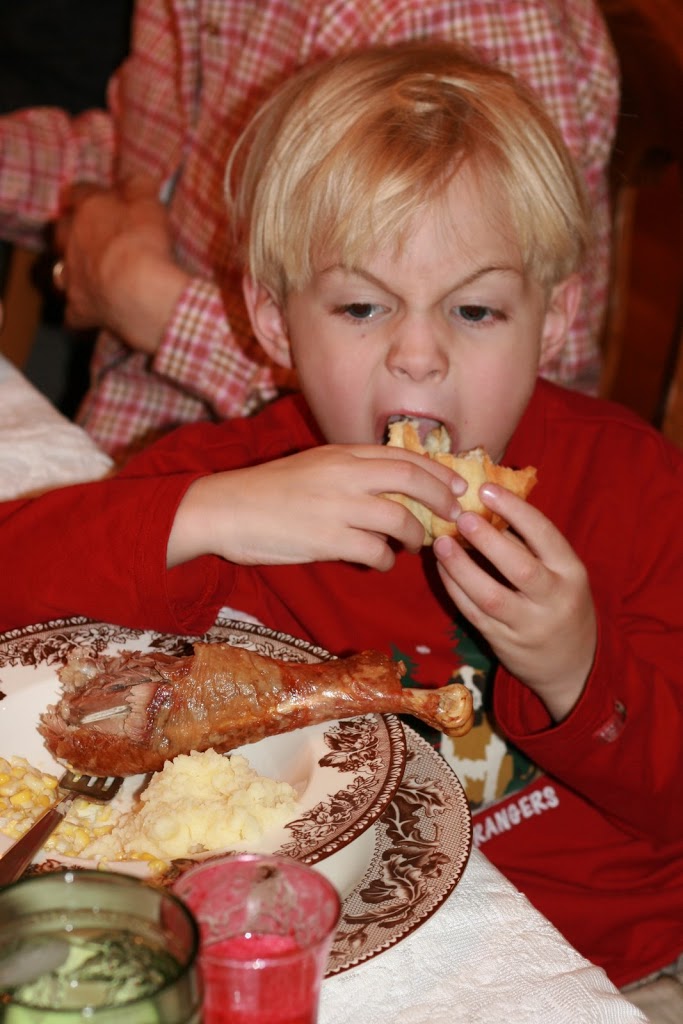 In a rare fit of leniency I called the cable company Monday and arranged to have cable TV installed just for the BYU vs. U of U game Saturday. The excitement in the air was palpable today as the cable guy hooked it all up and then handed us the remote and the long long list of channels we now had access to. We’ve never had cable TV before but the kids know about all the shows and channels from their friends.

I left them downstairs watching the Disney channel and came up to get a little work done. A half hour later Hans and Xander came up, “Mom is the Disney channel sponsored by Victoria’s Secret?” Stefan followed them laughing and explained that Disney has music videos between shows where girls wear “belly skirts” and dance. Then they all pulled up their shirts and demonstrated the dancing for me.

Yes, they are lovely dancers but this is why we will NOT be keeping cable TV!

I’ve been working on building a charity website most of the afternoon. It’s one of those times where I’ve really got myself in over my head. Kinda like being successful at building a doghouse and then volunteering to build a mansion– plumbing, electrical, heating etc.. yeah, I’ll just figure it out as I go along.

My goal is to have it done by December 1st (I’ve been working on it since late October). Maybe writing that down here will help me get it done!

Aaaaaaaah! The pain, the pain…