A few weeks ago I published an article titled ACT/SAT Test Prep Tips from a Family With Three Perfect Scores which was quickly spun into 16 Secrets for Perfect Test Scores.

While it’s always nice to write something that gets read and passed around, anytime an article ‘goes big’ it also attracts the critics. Oh yes, I know better than to read the comments (but I don’t know any writer who can actually resist). And I suspect some of you were among those defending me against the trolls. So, thank you!

Honestly, I find some of the negative comments funny. When I wrote How To Ruin Your Relationship With Your Teenager I was often accused of being far too lax and readers surmised my kids must be complete losers because I’m too nice. Conversely, with the ACT/SAT story, they painted me as a draconian monster who controls every moment of her children’s lives. Just once, I’d love to have a critic figure out those articles were written by the same person.

And that’s why I’m so grateful to all of you. You get me. You know I don’t think test scores are the end-all-get-all and you know I care more about raising good people. In this public/private space we gather because we care about kindness and character and creating a little bit of magic for the people we love.

Really, it’s just totally practical– MATH WORKSHEETS. And I didn’t include it in the ACT/SAT article because there’s simply too much to say.

For years, every day when Erik came home from work he asked each kid, “Have you done a math worksheet today?” Even if they said ‘yes’ he handed them another one if they were wasting time or acting bored. Our kids learned to just do the worksheet quickly and without complaining or he’d hand them another one. Even when he traveled for work, he left a folder on the counter with a stack of papers to be completed during his absence. 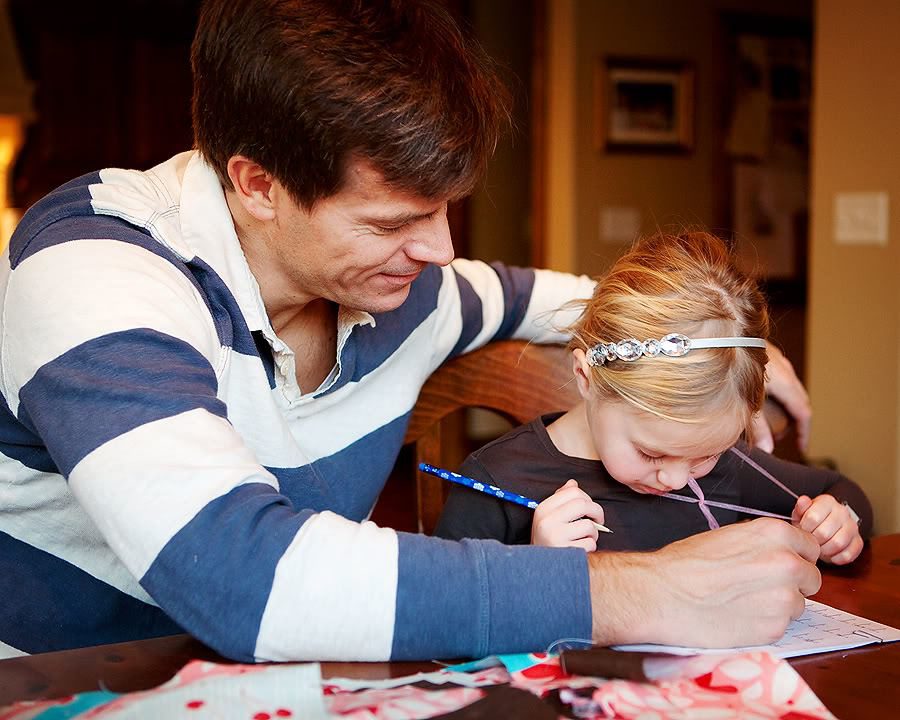 I’m not sure how the trend started? I typed ‘math worksheets’ into the searchbar of this blog and found lots of cute old photos. But I think it was when we learned kids weren’t expected to know their time tables as well as we did in elementary and when the school pushed reading charts but ignored arithmetic. Erik started repeating his favorite phrase, “The world expects you to read, but they will pay you to do math.”

While I thought the addition papers should be easy and time tables only up to 12, Erik insisted they should know times tables up to 15.

Maybe. But we have a recycling bin.

All my kids refer to math worksheets as the tool that saved them in math class– even in calculus and college math they said they were able to think faster than a calculator because of all those years of worksheets. After a while, Erik didn’t have to remind them, they simply used math worksheets as a way to relax and feel smart. 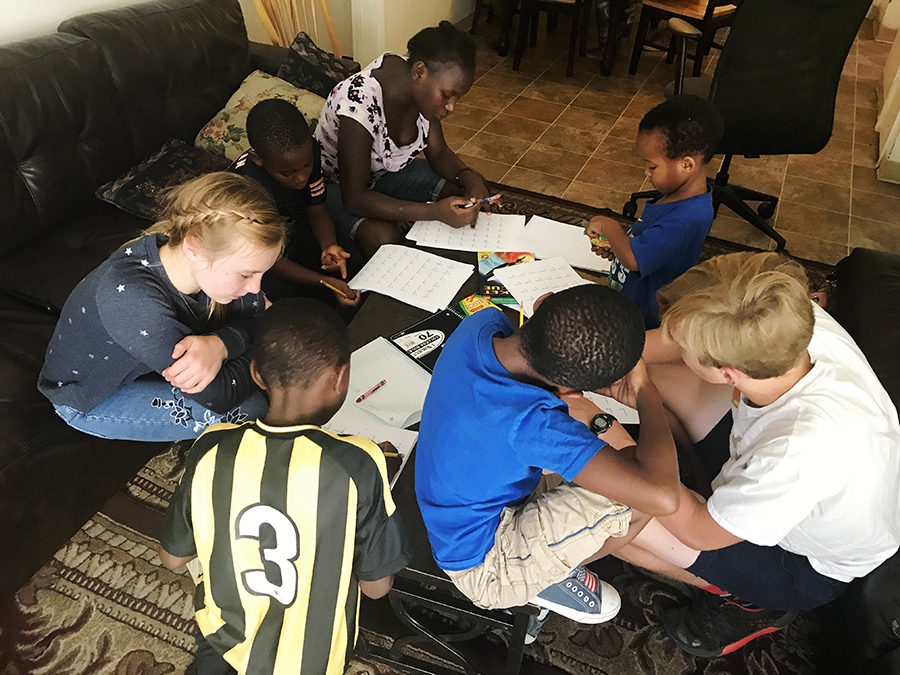 A few weeks ago, we introduced the beloved/hated worksheets to the darling family from Rwanda who we tutor/mentor/hang out with because they are awesome. These kids have learned so much in such a short amount of time while trying to navigate our incredibly complicated schools/society (but that’s another post). I truly feel for the teachers who are trying to teach kids from so many countries, so many skills on so many different levels. While helping with math (and reading), we quickly found they’ve never learned the basics.

And so… math worksheets. I told Erik to make them easier. He made them harder. We sat down and tutored each kid through every problem, sheet after sheet after sheet. Neighbor kids came over and eagerly grabbed pencils, taking their own sheets and emblazoning their names across the top. As we worked together, I got a little teary watching all these beautiful happy kids count on their fingers, scribble answer after answer, scowl and furiously use the eraser when making mistakes. It didn’t take long before they started exclaiming, “Hey, I’m getting faster!” or saying, “I know the answer to that. Is it cheating if I don’t count on my fingers?”

We left a huge stack of papers behind for the kids (double-sided) and when we returned the next week they’d completed 270 worksheets.

It’s kind of thrilling for everyone to learn their mind works faster than you can key numbers into a calculator.

So, for your amusement. Erik’s handy-dandy Excel math worksheets. Or simply google “create math worksheets with Excel” and you’ll find tutorials on how to create your own.

And if you want to mentor an adorable refugee family, just email me and I’ll give you some phone numbers. <3 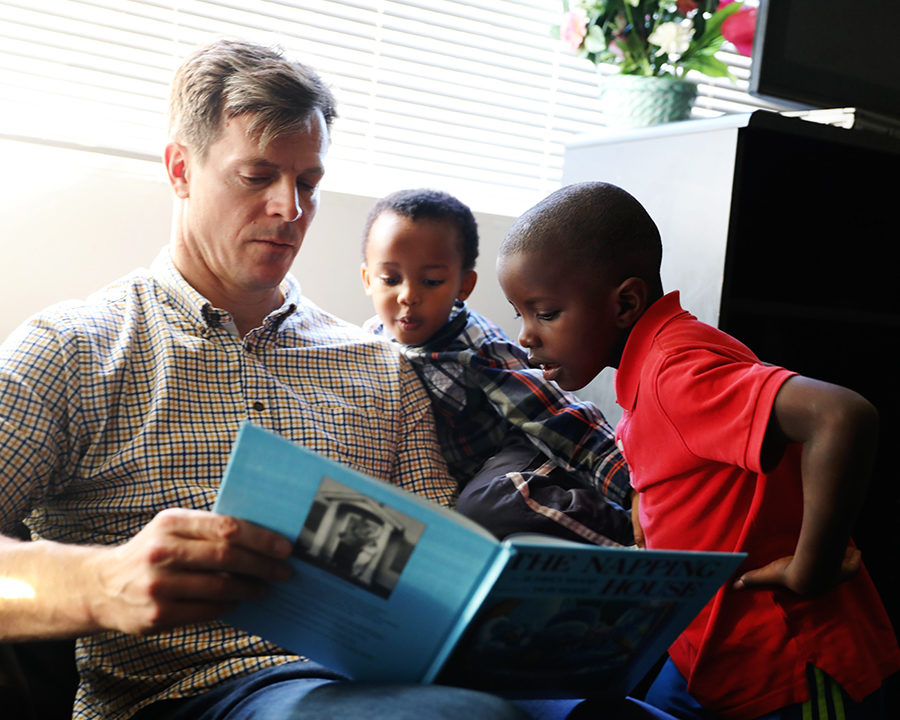 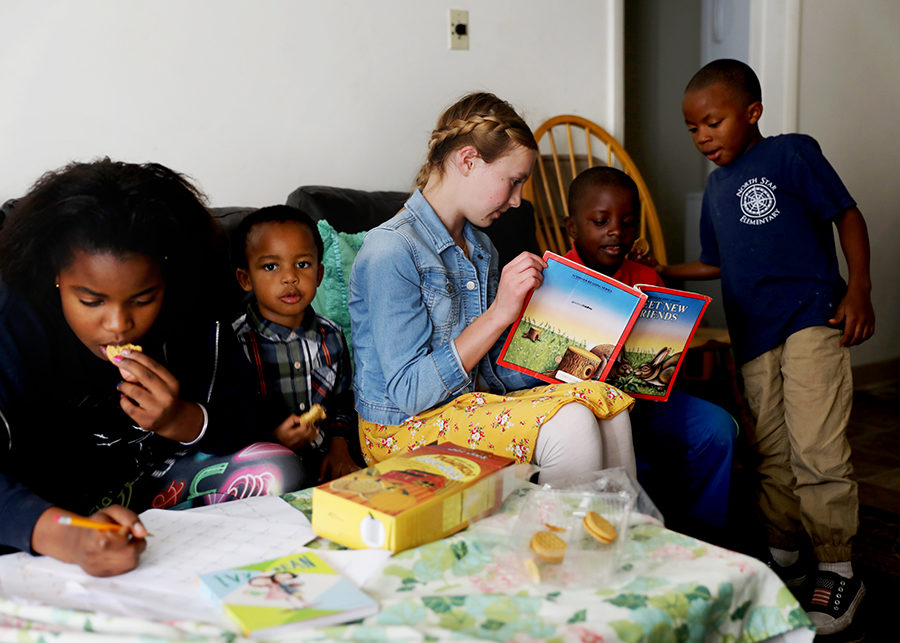 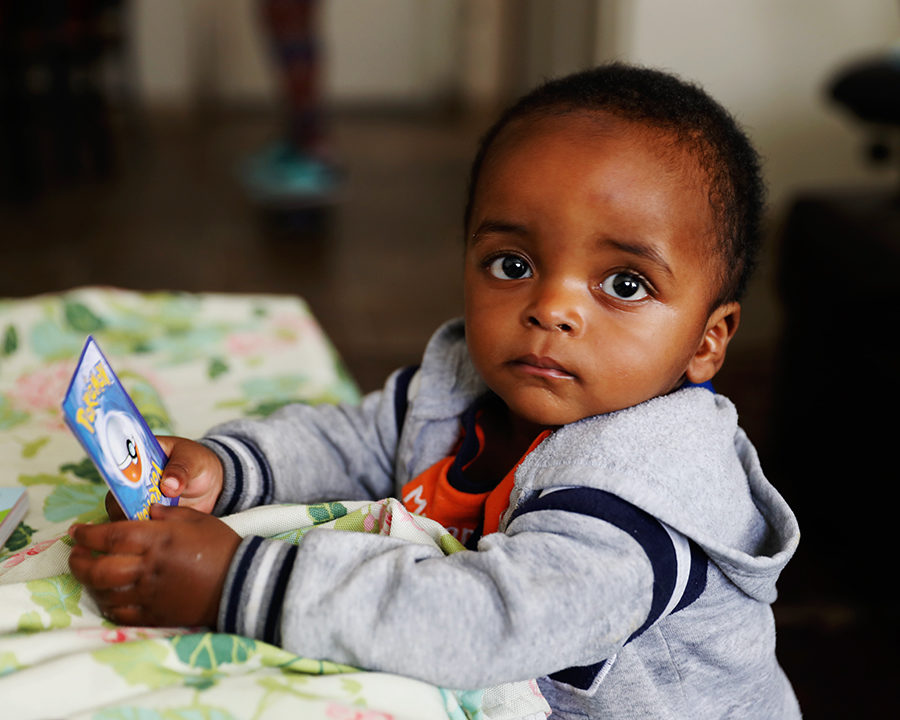 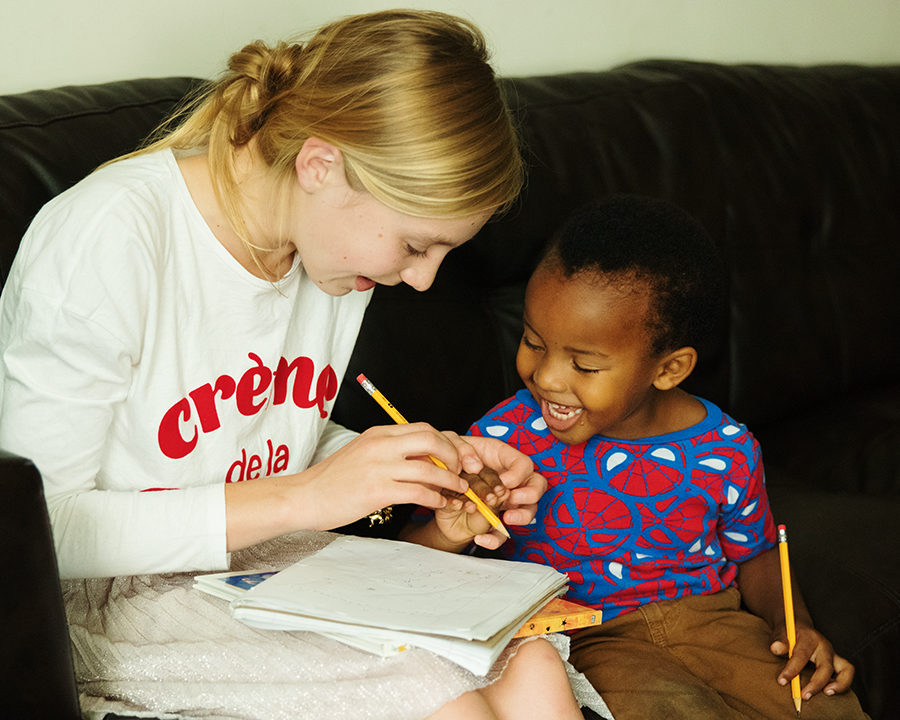 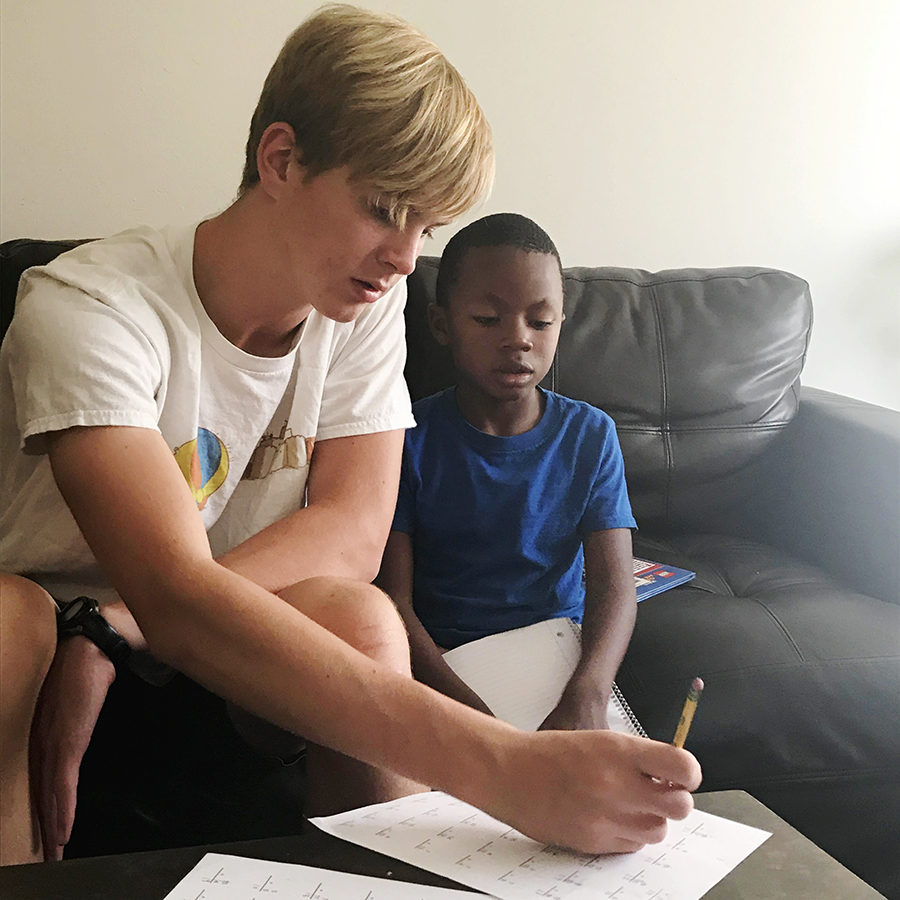 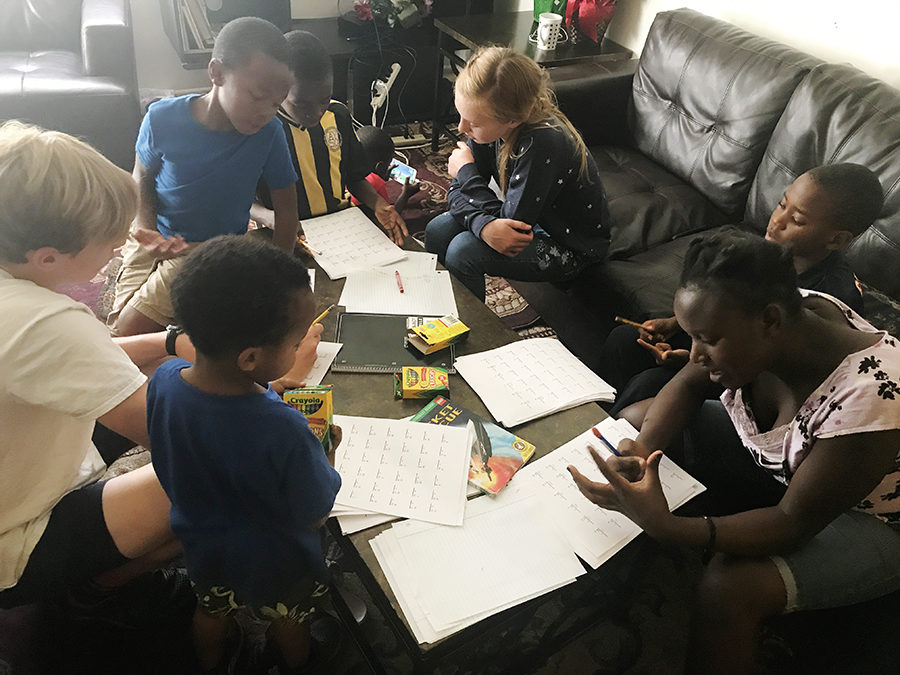 dear Xander, this week we crashed the car, made cream puffs, babysat Seth…