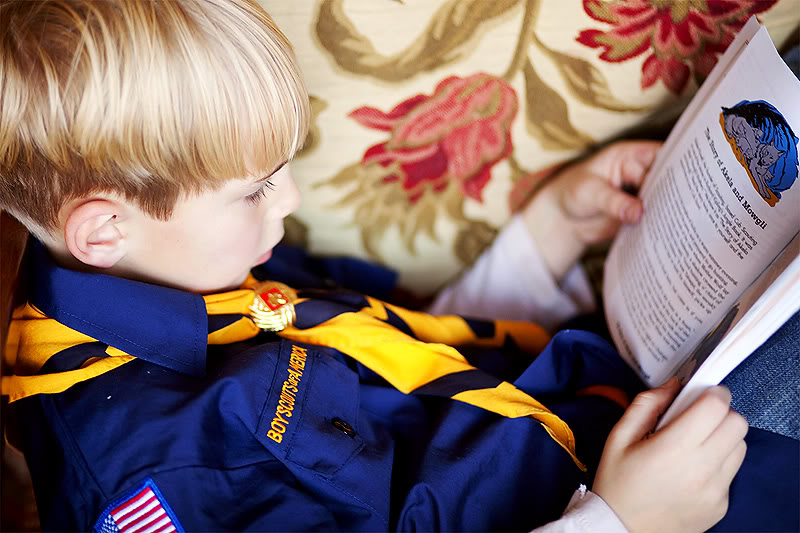 When Gabe was just a bundle in my arms I took all five boys downtown to see the Olympic festivities. “Five boys?” a curious onlooker asked.

“Ohhhh, all those scout meetings, pinewood derbies, sewing patches, five Eagle projects… I feel for you.”

(Did she really think that would be the hardest aspect of having five boys? I wish.)

But despite any naysayers, Gabe is absolutely GIDDY to become a scout. He has been wearing his shirt constantly since his birthday, studying the scout motto, practicing the salute and retying his neckerchief. 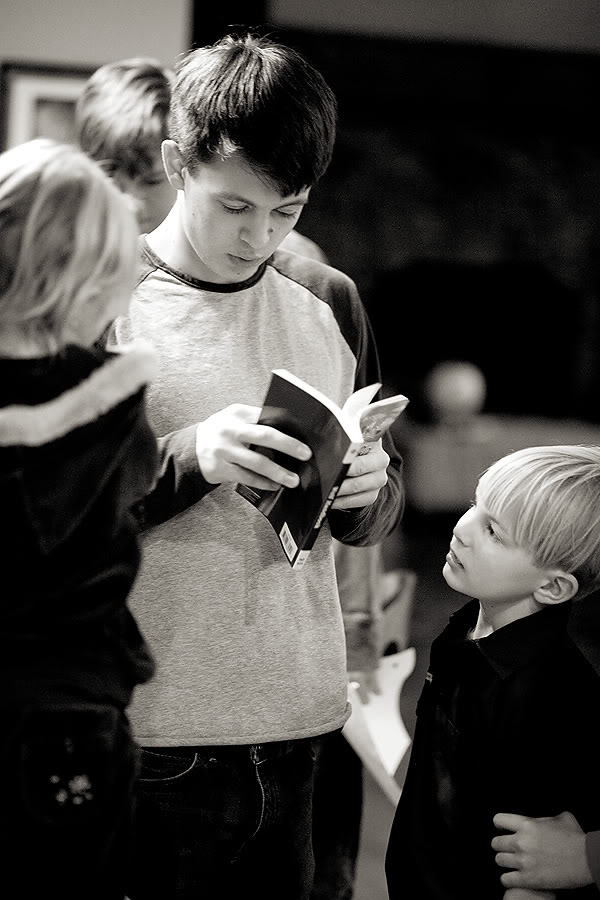 But he was absolutely stumped on how to get the pack numbers on his shirt. As an Eagle Scout, Ben stepped in to help. 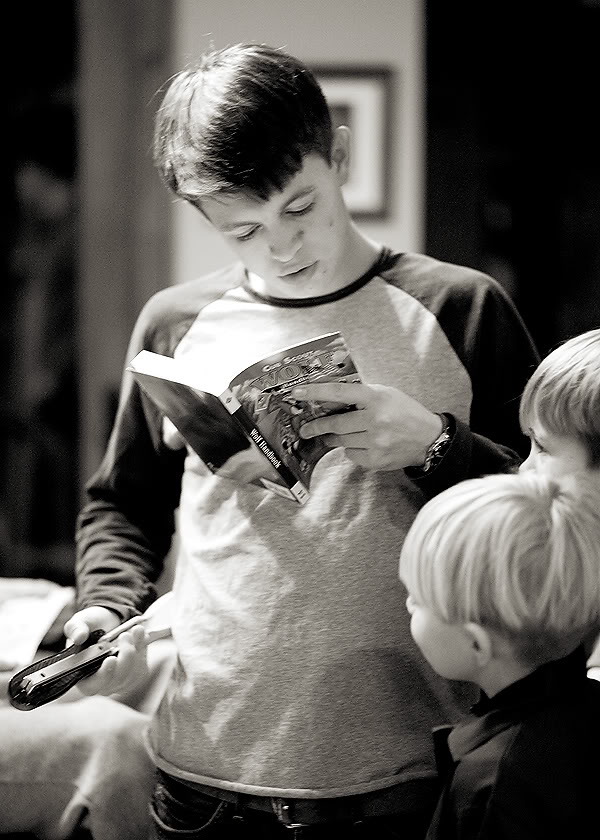 “Um yeah. It says right here. ‘Get a stapler and staple the numbers onto your shirt and to your shoulder. It might bleed a little but then you’ll be a real scout.””

“What? STAPLE IT TO MY SKIN?!” Gabe shrieked.

“Well, yeah,” Ben answered. “We all had to do it. But don’t worry. First Aid is the next chapter.”

I watched in amazement as Gabe replied. “OK. Well, I guess we better get it over with.” and Ben prepared to fake him out with an empty stapler. 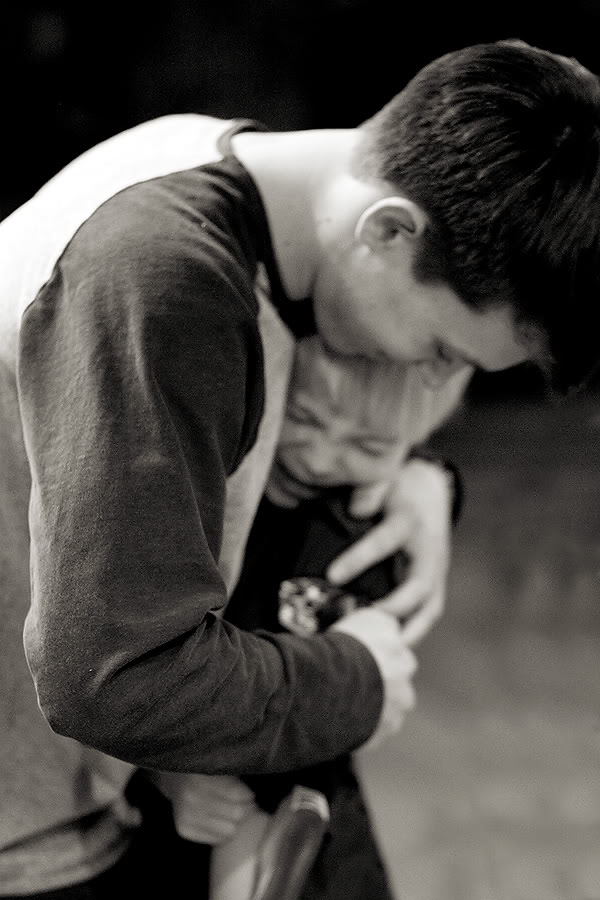 What? Did you really think I could get a focused shot of that? 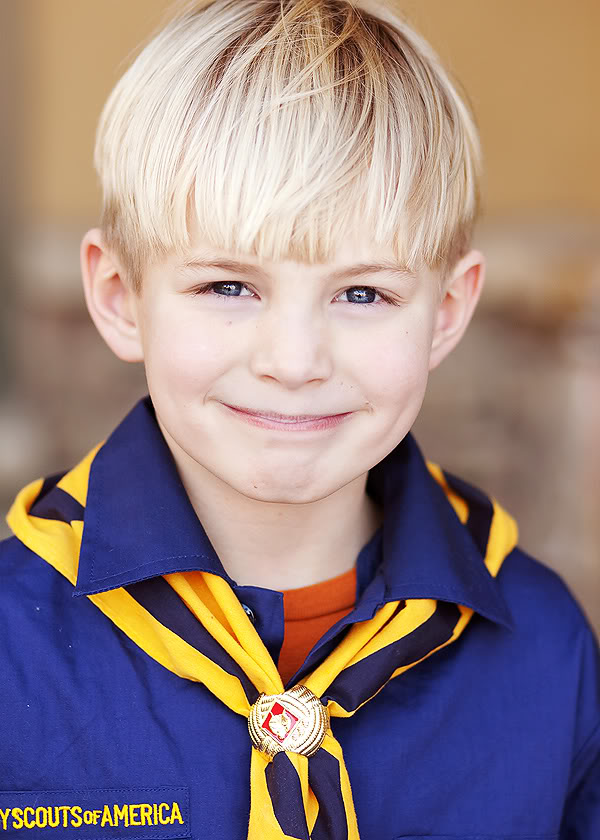 Didn’t hurt at all. (we use the sticky patch stuff– sewing patches is NOT worth the bother)