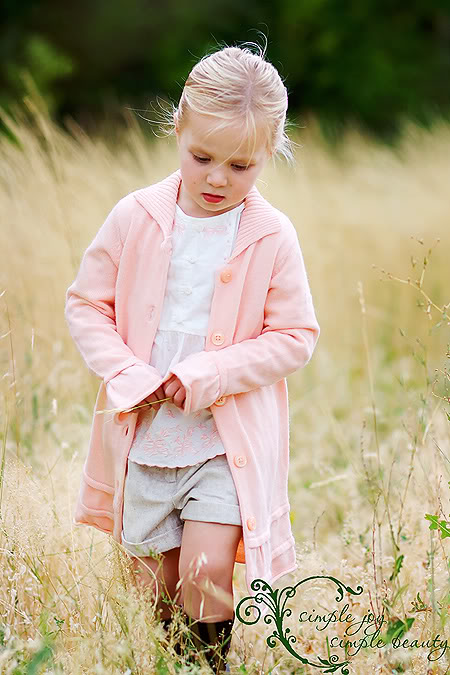 Saturdays are a flurry of soccer games this time of year and little Miss Mary is content to traipse from game to game slurping Gatorade, begging for donuts, romping on the various playgrounds and shaking her little pink pompoms as she cheers for the boys. She hauls a little pink purse to every game equipped with lip gloss, a few toys and a list of her brother’s names(in case she forgets how to spell them mid-cheer).

Hansie played the last game of the day and Mary set up camp under the shade of a friend’s umbrella. These friends have two girls, ages 4 and 8, and Mary was soon splayed on the quilt with them admiring their polly pockets, lil ponies and vast collection of costume jewelry. Pompoms and cheers were abandoned as she drank in this world of little-girldom. I watched Mary’s eyes light up as they talked about fairies and dollies and “which princess do you like best?” and my eyes started to well over when the eight year old spontaneously hugged her little sister.

Flipping open my cell phone I called my friend Julie. Julie is pregnant with her 4th and since we have similar, death-march pregnancies, she calls me nearly every day to warn, “Don’t do this to yourself! It’s miserable.”

She’d just thrown up in Old Navy. It wasn’t pretty (I’m pretty sure Erik slips her a $20 every time she tells me something like that).

I cut to the chase. “Tell me honestly,” I pleaded, “how much do you miss having a sister?”

We talked for a while and Julie told me all the benefits of growing up with five brothers. She knew how to throw a ball, they steered her away from lame boyfriends, her brothers now give great marital advice. “Occasionally I wish I had a sister,” she admitted, “but look, I have you and other friends. We women are great at creating sisters everywhere we go.”

Ah, it’s so true. We are good at opening our hearts to each other aren’t we? We create sisterhoods at soccer games, sitting in the dentist office, across the back fence and over the internet. A list of my true sisters would take all night to type.

From the beginning I believed Mary was the luckiest little girl in the entire world. If she’d been born first I would have made her my babysitter/slave. But as the baby of the house she gets to enjoy her reign as princess. And while the boys don’t exactly dote over her(Mary is SO not the doting/doted upon? type) they play with her, teach her and place her back in bed when she falls out at night.

And really who could ask for a cuter bunch of brothers? 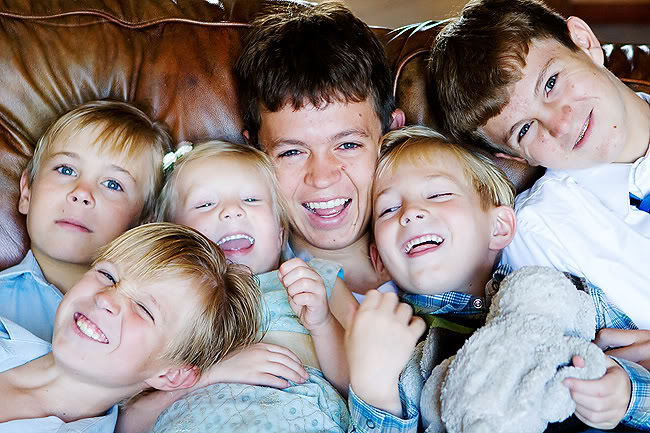 But I thank you, my friends, for raising your girls to be sisters to my Mary. She’s going to need you. I need you.