OK, some of you might find this tiresome. I only post this because I’m pretty sure our high school has one of the most complicated, competitive, way-too-long class officer/student body officer campaigns in the country, if not the world. And today’s the only day I can write this post because until today Xander and Jesse’s video was secret and tomorrow they announce the results which means writing this post would be either way-too-sad or way-too-smug. And I’m so nervous. So nervous. 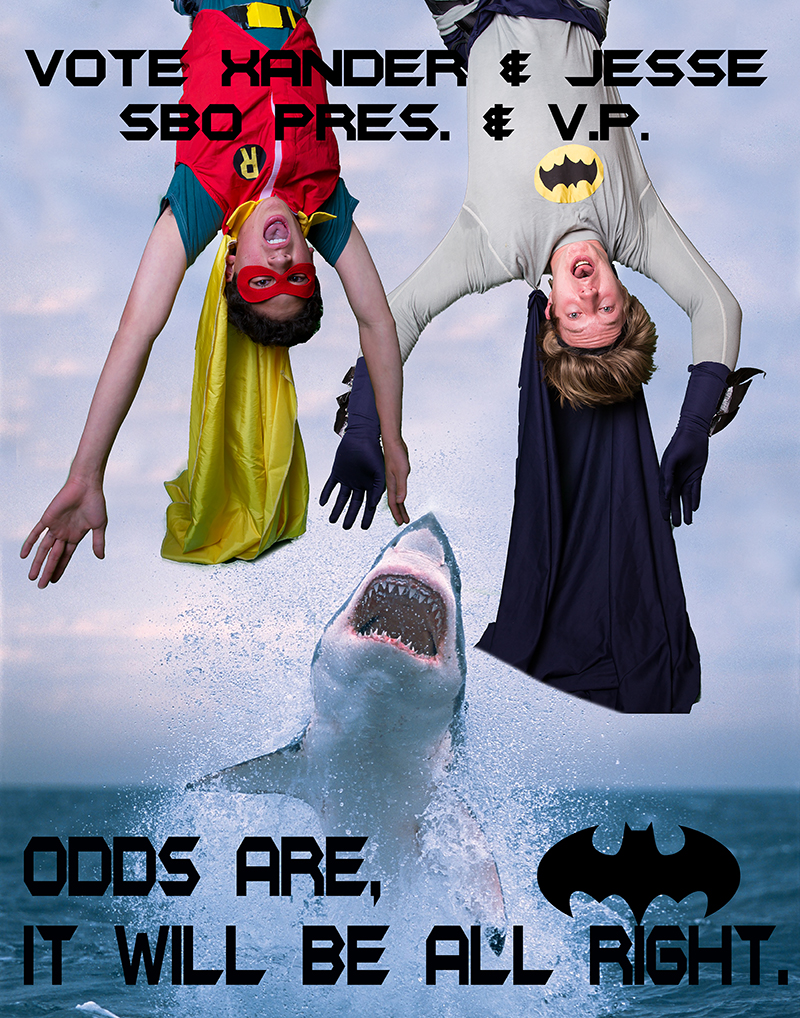 It begins with a meeting the first week of February, piles of paperwork, and teacher evaluations and then, if you pass– you can create posters. And if they pass you may hang two  22″x28″ and one 4×14′ banners in the school hallways. 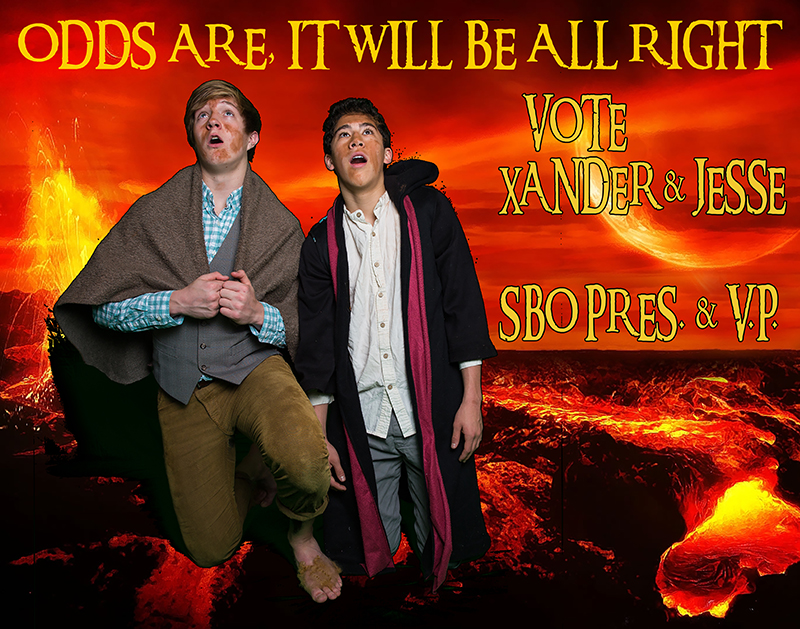 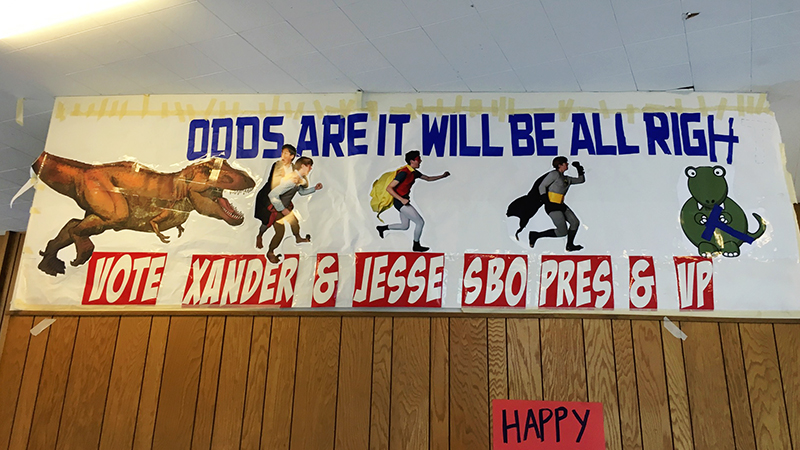 It’s hard to see from this photo– but that T-rex is about 6′ long– all constructed from 8×11″ pieces of paper from my printer (our poor ink cartridges).

Next, interviews with teachers/administration/PTA etc.

And a month of waiting.

Then whistle stops– 30 second live spots– followed by a primary election. Yes, we have primaries. You can watch the whistle stops here if you like. 2nd one in.

Happily, they made it past the primaries.

So, three more posters, one more banner, another month and a two minute video (which everyone saw in an assembly today). 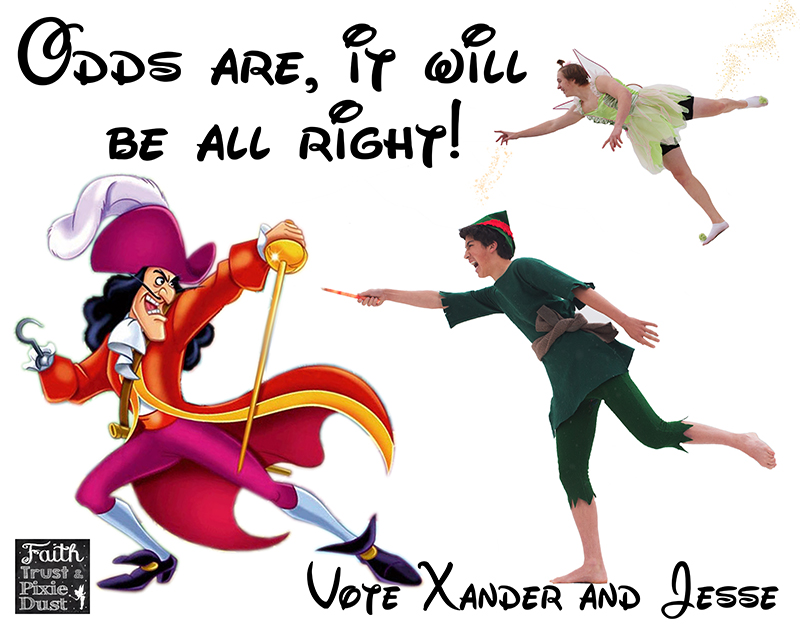 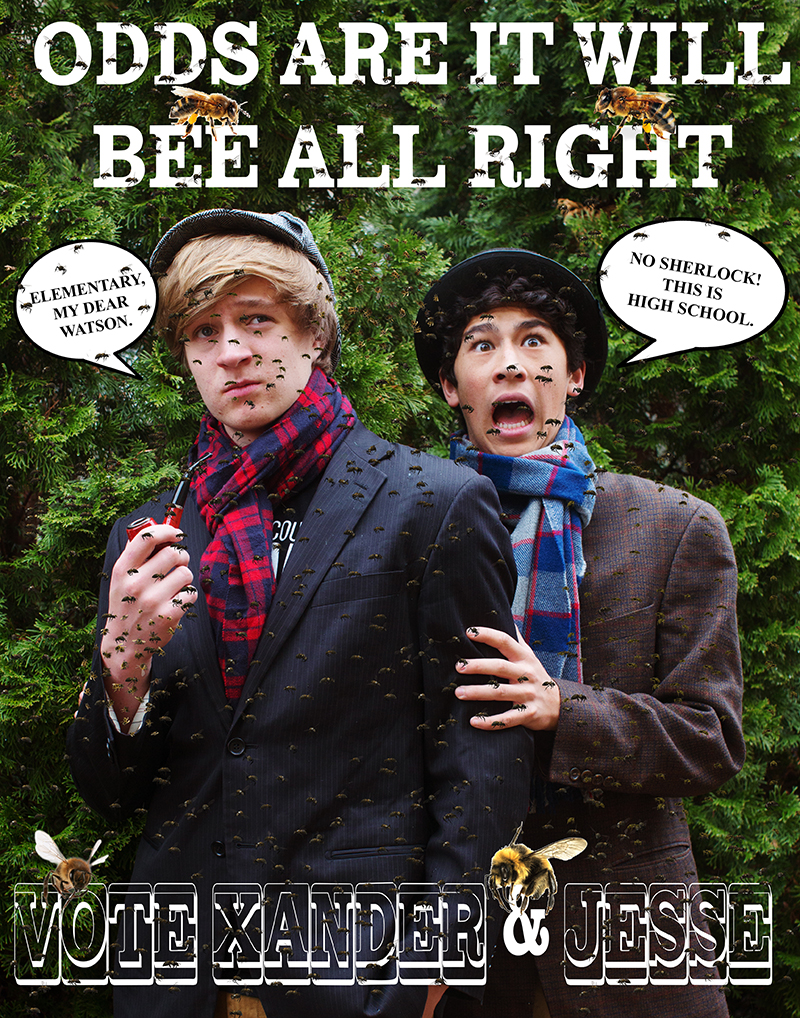 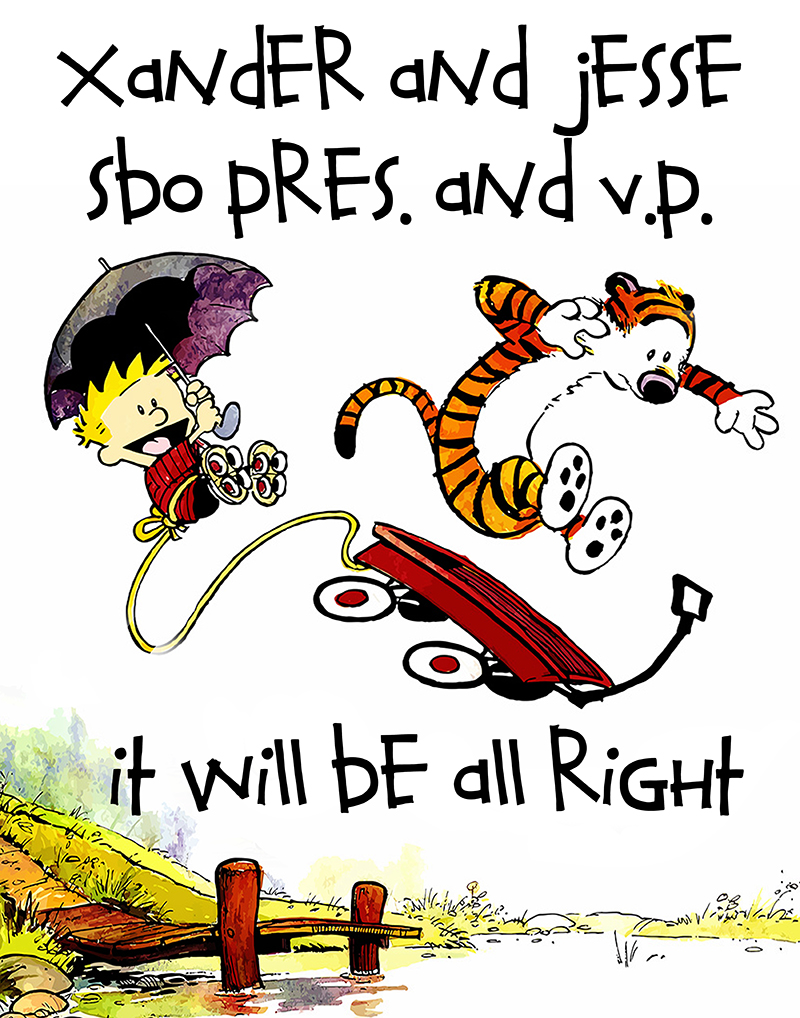 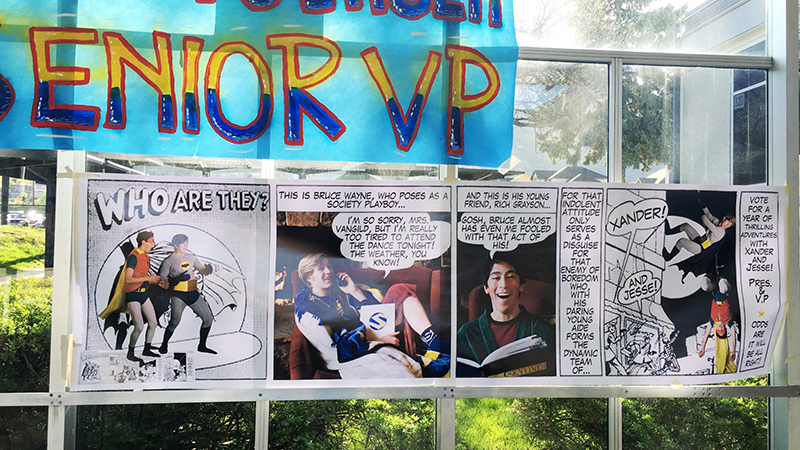 Just in case you want to see the banner up close…based on a 1943 Batman comic. 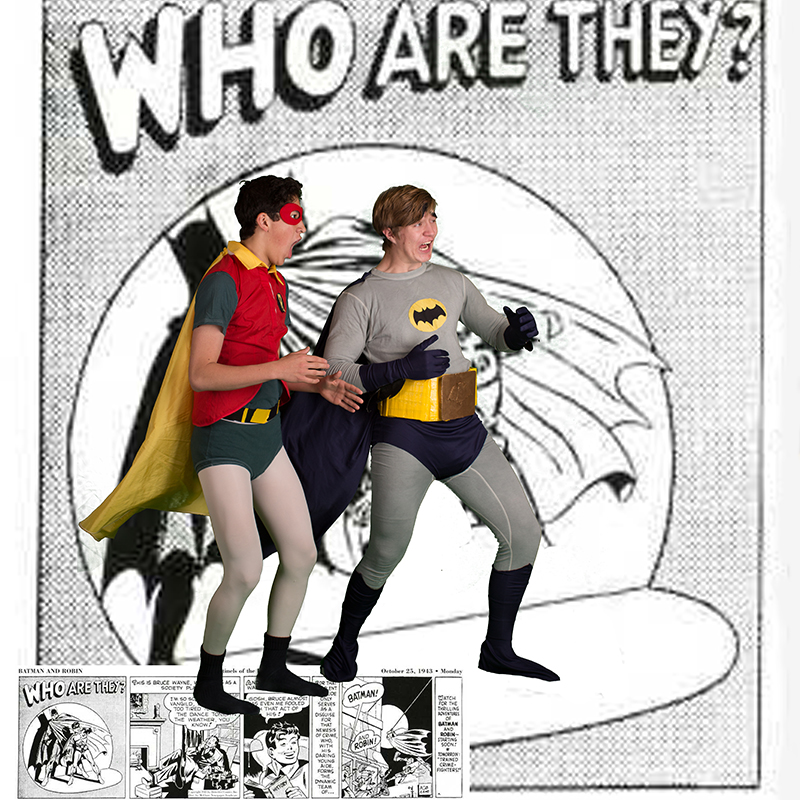 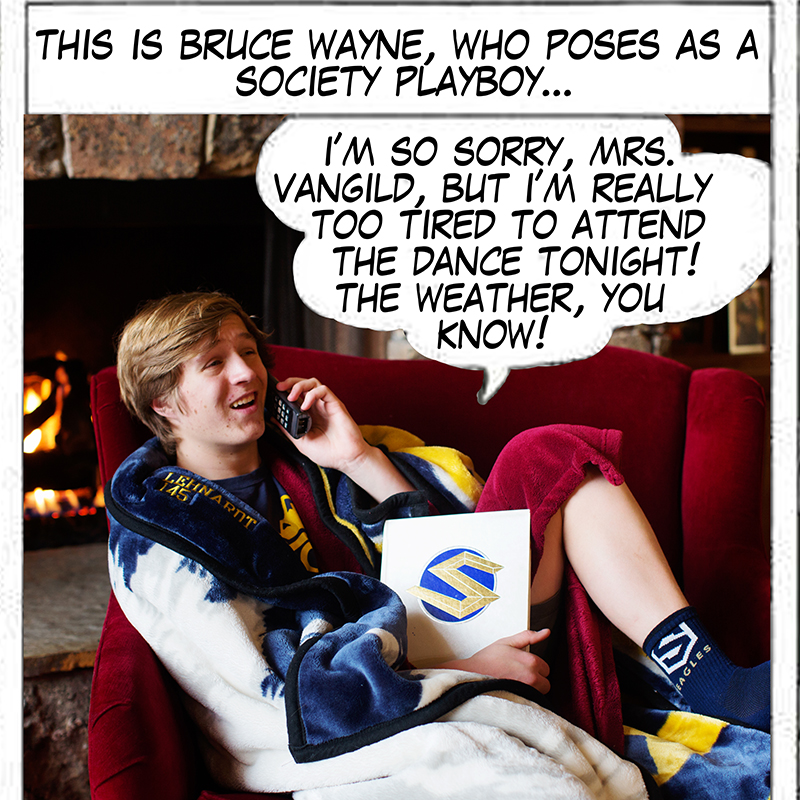 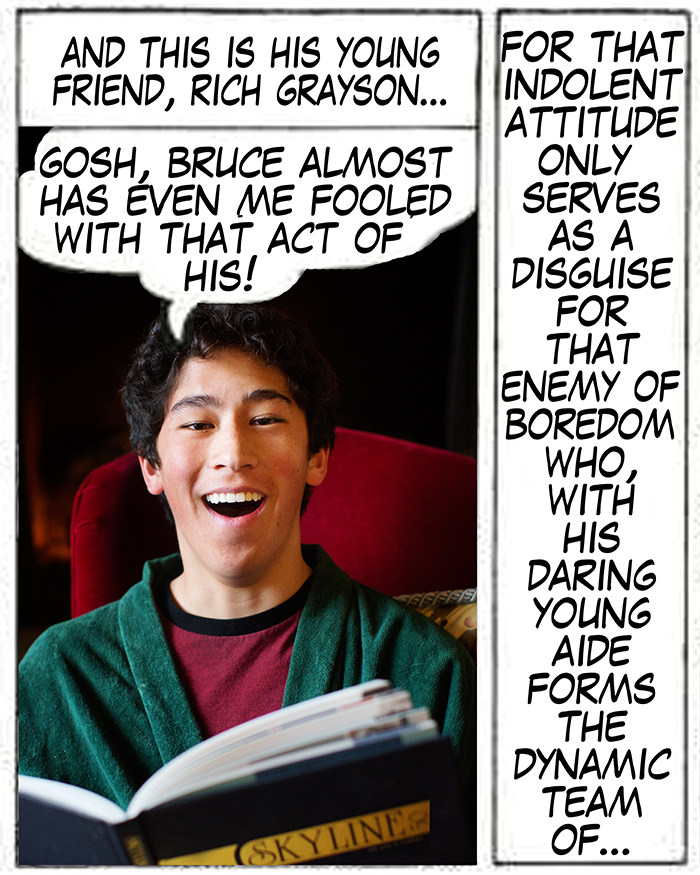 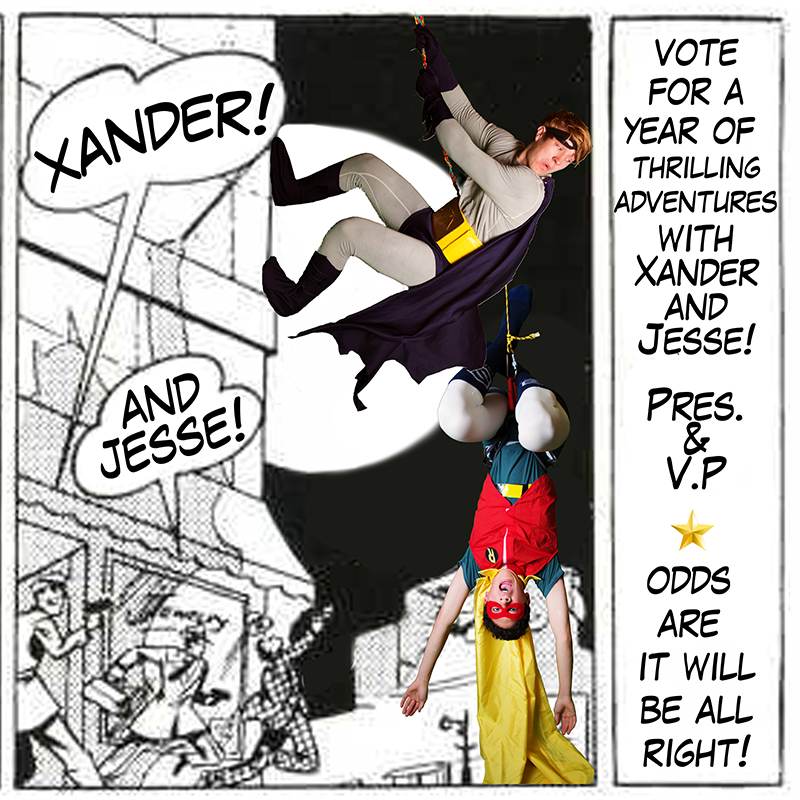 Another month of waiting and today, the election assembly where every candidate plays their two-minute video. Here’s Xander and Jesse’s.

So there it is. Maybe I’ll have witty descriptions tomorrow, but today, I’m a bundle of nerves. The two girls they’re running against are just lovely (you can spot them in the first whistle stop), so Skyline will be in good hands either way.

p.s. and if you think our video is good, check out Faith’s INCREDIBLE video starring her entire family and filmed/directed/produced by her filmmaker brother-in-law Sam Featherstone.

General Conference– same as always, but even better