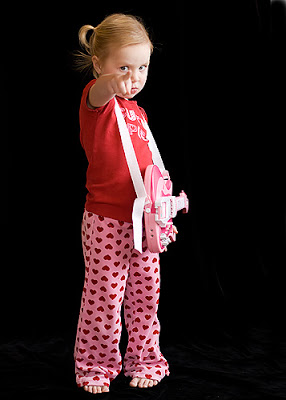 Ah, I have paid my penance for the day by shipping 25 packages and listing 10 more auctions on ebay– oh the pain! But my reward is the pleasure of writing about Mary’s birthday yesterday.

We awoke to 10″ of snow(16″ by noon). Everyone greeted Mary with cheers of “Happy Birthday Princess Girl!” While I was making breakfast, Gabriel and Mary ran into my closet and pulled out the unwrapped presents I had stashed in there– a pink guitar and a new ballet outfit. I have no secrets from those two. I was sad that she wouldn’t have any presents to open later but Mary did not care. 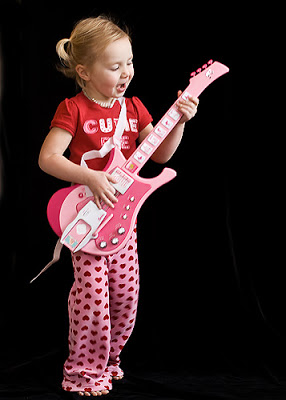 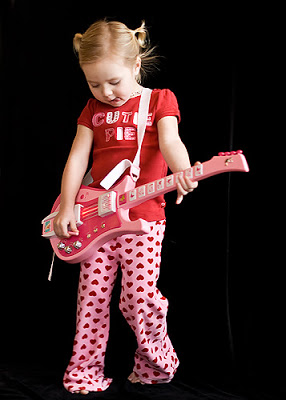 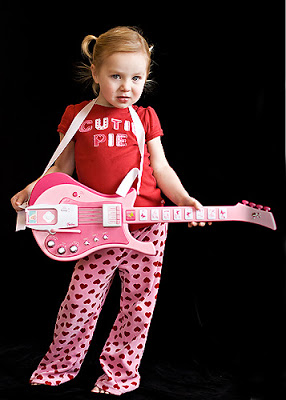 Erik left for work later than usual. In Utah we are used to big storms, but this was the kind of storm that had the snowplows in overdrive and warnings on the radio not to drive unless necessary. The kids were in heaven. Ben went skiing(teenagers don’t listen to radio warnings) and Erik sent Stefan and Xander out to shovel the driveway. Hans was off the hook because of his tonsillectomy; he simply wanders the house like a little shadow, curling up in random chairs to read and drinking apple juice slush.

After an hour of completely ineffective shoveling the driveway looked like they had simply rolled around in the snow. I think that’s all they really did.

We had planned to go downtown to the Children’s Museum for Miss Mary’s big day but the snow kept us home playing tea party and dollies with Mary’s darling friend Sarah. Stefan and Xander went sledding with friends while Hansie shed a few tears over being abandoned at home with the little kids.

In the evening we ventured out to Barnes and Noble. We are readers at our house so everyone gives us B&N for Christmas and birthdays. We had a stack of about 10 cards and decided this was the night to redeem them. The bigger boys found about 10 books they agreed on and I was unusually generous and let Mary and Gabriel pick out tacky paperback books like Scooby Doo and Barbie Rapunzel. Those little books are cheap and they were HAPPY!

Since we were really going all out we took the kids to Pei Wei for dinner. “You mean at a restaurant? And we’re all going to sit down and have dinner?” For obvious reasons, we don’t eat out much.

And shockingly, amazingly, the dinner went really well. Gabriel only had a mild fit that we were drinking water and not buying root beer and Xander was a bit offended that he didn’t get any orange chicken(you snooze, you lose), but no one lay down on the floor and screamed so it was a rousing success.

At home we put on jammies and pulled out the cake. Ben had to run upstairs and call not-his-girlfriend the minute we walked in the door. He didn’t respond to our efforts to get him back downstairs so Erik turned on the song “I’ve Been Dreaming of My True Love’s Kiss” turned on the phone and put it next to the speakers. Ben came racing down pretty quickly. 🙂 Erik and I laughed like little kids– we have got to be the meanest, most immature parents ever.

The song is from “Enchanted” and it’s so catchy that Ben cannot help walking around the house and whistling it. I love teasing him about it.

Finally, with oohs and aahs, we lit the candles. A frosting covered Barbie cake always causes a few giggles, especially when you start to cut the cake–“Ahh I’m uncovering her nakedness!”

But Miss Mary truly took the cake when she yelled “It’s my birthday so I get to lick the Barbie!”

I rescued both Mary and Barbie from that indignity.