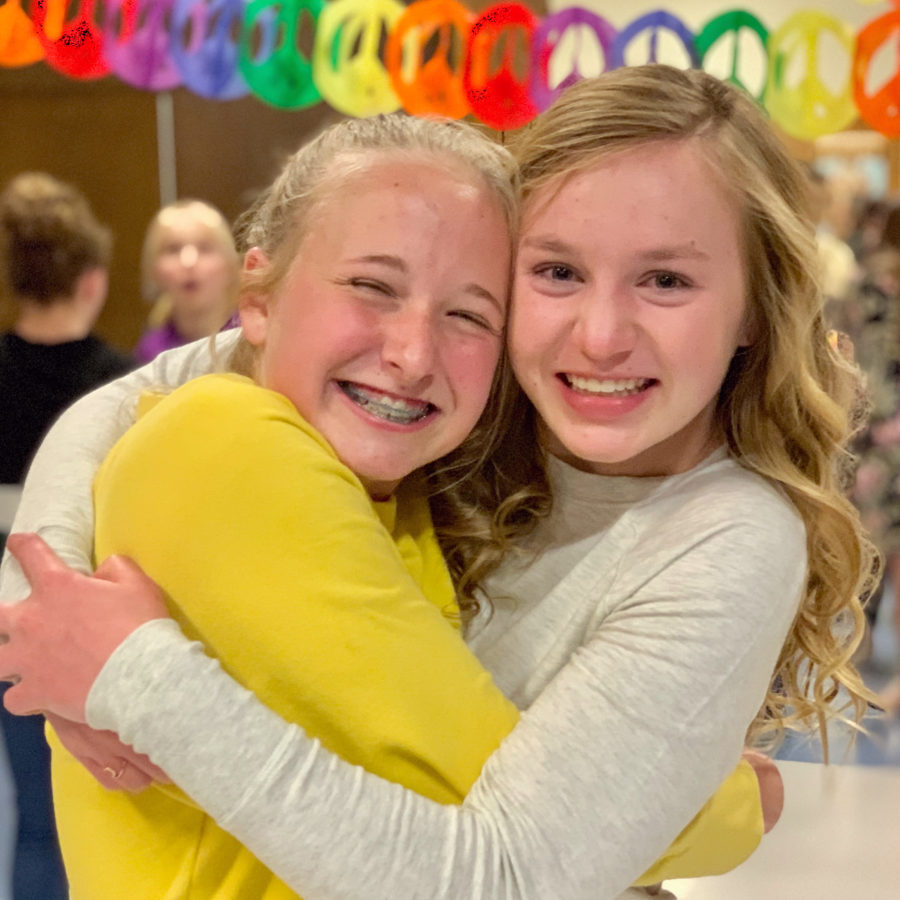 On Thursday, Mary, was doing math homework with her friend Cambell during lunch when Cambell complained she was starving and had forgotten her lunch. “No worries,” Mary assured her, “I’ll just order you a Happy Meal with Uber Eats.” (Mary ran a business this summer, obtained her own debit card and occasionally orders herself food— which makes me proud on all kinds of levels).

The food arrived just as their next class began— which they conveniently have together— and when Cambell ran out to get the food from the driver he handed her bag after bag after bag… “but it’s just one Happy Meal.” she protested. ? “You have to take it all. You won’t be charged.” the driver replied.

So they hauled in the food to their class and said, “Who’s hungry?” It was two happy meals, four burgers a couple drinks and so many fries.

The gloomy Monday afternoon turned into a party with everyone splitting burgers, sharing fries and passing around the Transformer glasses from the Happy Meals. Both these adorable girls often feel lonely and out of place at school, but this day became magical.

They apologized to the teacher, but he laughed it off and said, “It cheered everyone up; I don’t remember a day with so many good comments in class.”

It’s rare that we get to see the ripple effect of one act of kindness—- the Happy Meal that became like the loaves and fishes. But I think we have to remember; we need to have faith that every act of generosity spreads far beyond what we see.

the Halloween that almost wasn’t