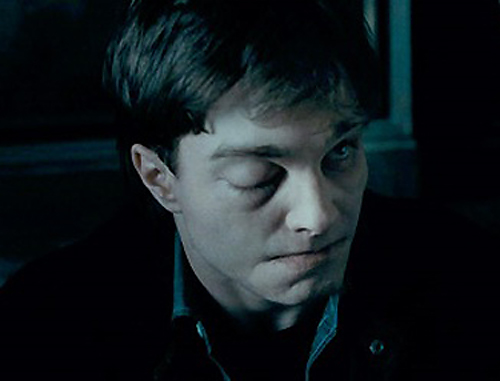 I was so cocky– out at the beehives, in my beesuit, checking through each frame in preparation for the honey harvest. Yes, the bees were angry, but I congratulated myself on my calm demeanor and the fact that I was well protected: hat, boots, full-body white jumpsuit, veil and gloves.

Inspecting beehives is a great pleasure. At this time of year the frames are heavy and bulging with gorgeous wax-capped honey. Other frames are filled with eggs and brood, nurse bees and emerging babies– it’s like peeking into the workings of a new world.

As I moved into the lower boxes the bees became more and more furious. I felt a tickling on my face– this is normal, it’s impossible to be surrounded by that many bees without feeling a phantom itch– and then, almost like they’d synchronized it “one, two, three, go!” I was stung five times on my face.

I ran to the grass and rolled, squashed the renegade bees between my fingers, and went back to the hive to replace the boxes and lid– but there, another one!– I rolled again and sprayed myself with the hose until the buzzing ceased.

How did they get in? I don’t know. Maybe that miniuscule space by the zipper? Or through one of the grommets in the hat? An angry bee can wriggle through the tiniest spot. Next time, I won’t be so smug. I’ll leave when they get mad or smoke the hive.

Masses of Benadryl and Advil got me through the night, but I awoke to my left eye swollen shut and my right cheek the size of a grapefruit. The older boys were frankly terrified by my appearance and offered quick goodbyes. 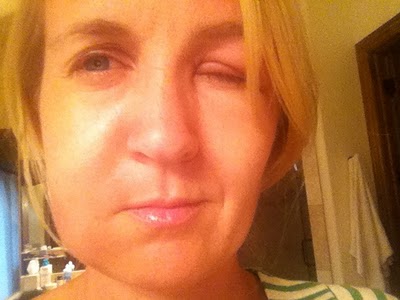 But Gabe and Mary (who leave 90 minutes later) had a little time to process it.

“I still think you are beautiful!” crooned Gabe.

“Even though you look scary, I still love you.” offered Mary. 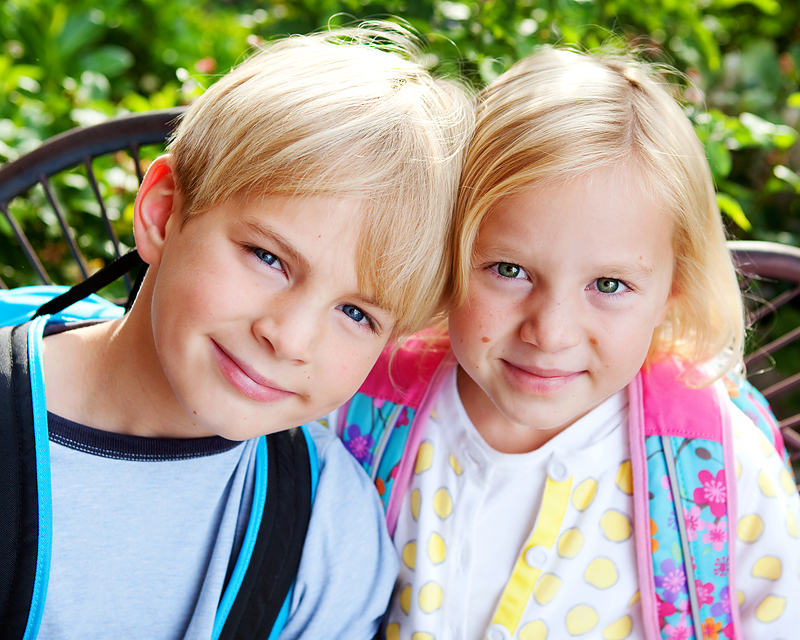 I’m just grateful it’s temporary. And I’ll tell you what– I can hardly wait to steal those bees’ honey tomorrow!