the temple, a new job, Lizzy, Germany, girls’ camp and everything moving way too fast 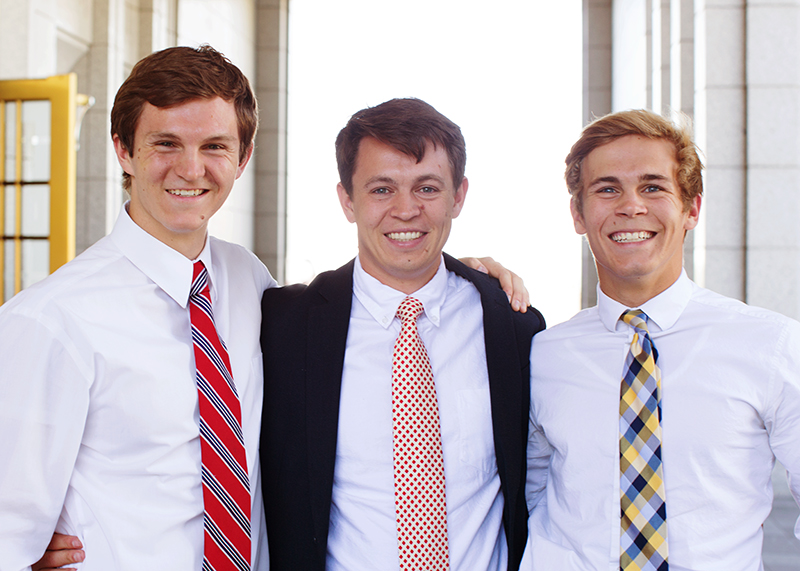 The day after Hansie arrived home from his senior trip (a week in San Diego at my sister’s house with seven of his best friends), he attended two interviews for receiving the Melchizedek Priesthood and attending the temple.

Leaving on a mission the summer after high school graduation sets everything on the fast track. In the old days (three years ago), most boys received the Melchizedek Priesthood (became an Elder) several months before attending the temple. We took things a little more slowly… let the changes settle in. These days, it’s not all that unusual to graduate from high school, become an Elder, go through the temple for the first time and leave for the Missionary Training Center within a week.

Thankfully Hansie’s graduation to MTC gap spans six weeks. But it’s still just a blink. He leaves July 22nd and we haven’t even looked through his shopping list yet. Honestly, I’m in denial. I don’t even want to think about our home without Hansie. We’re savoring every family dinner, every quiet afternoon, every hike and every swim. And yet, we’re all so scattered. This past Monday, I left for girls’ camp, Erik traveled to Texas on a business trip, Stefan started his new job at the MTC and Ben hopped on a plane to Germany for a few weeks of language immersion. Thankfully, darling Lizzy flew into town for her 18th birthday on the 20th and to care for Mary this week. 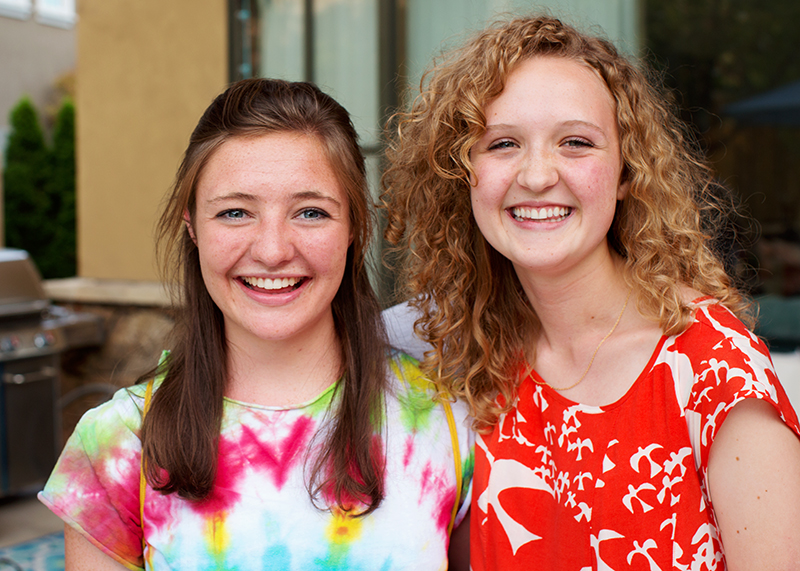 Last week, after Ben and Stefan’s finals, we found one quiet afternoon to take Hans to the temple for the first time. Taking out your own endowments is a pivotal event in life. It’s a time for making promises and covenants and receiving blessings. It’s the day a Mormon wears garments (our special underwear) for the first time, and then for the rest of their life, day and night. And honestly, it’s all a bit overwhelming. Even for kids who’ve grown up with “I love to see the temple, I’m going there one day…” it’s not exactly what they’d imagined. 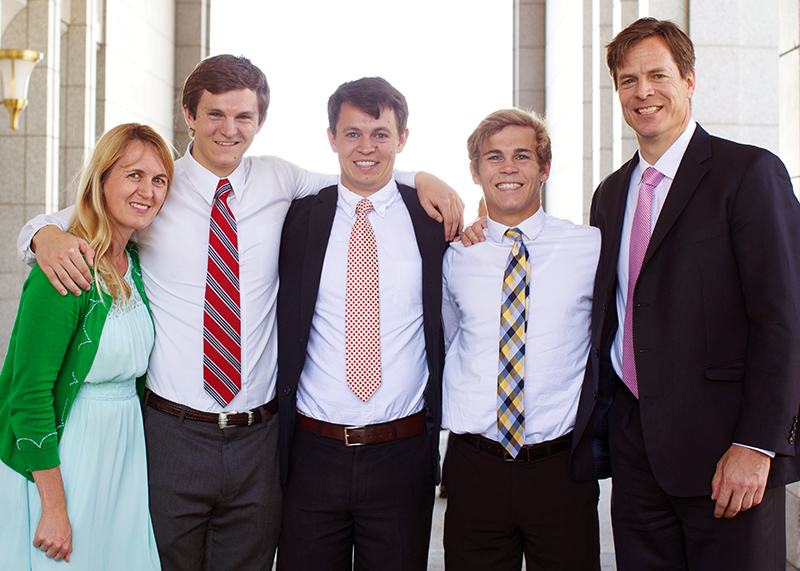 The new mission age makes it especially tricky for boys. Girls can attend the temple as soon as they graduate from high school and obtain a recommend (though most go much later), but boys must first graduate from high school, turn 18, receive the Melchizedek Priesthood (the power to give blessings and heal), and then a temple recommend. Ideally, a prospective missionary can go through the temple a few months before they enter the MTC so that they can attend several times before their mission. But boys leaving right at 18 are placed in a time crunch. One of Hansie’s friends has a mission call, but won’t turn 18 until July 31st, which means he won’t be able to attend the temple with his friends who are (mostly) leaving before that date.

Have I got you muddled yet? Imagine Hansie. He’s juggling the desire to read all the novels he never had time to read in high school with the desire to study Preach My Gospel. He wants to do all the “school’s out for the summer” activities but he also wants to attend the temple. He wants to savor our few weeks together as a family, but he also wants to spend time with all his friends who are also leaving to varied spots on the globe. We searched the calender for a time to take just a three day vacation as a family– but we couldn’t find even two days to string together.

So we’re doing our best to make the most of these fleeting days. Family dinners are an even higher priority than usual, we sit in the same room to read or work on the computer, we take time to talk whenever we have a chance, we play games together. Even when someone is napping they stay in the family room with everyone else. I’m taking little snippets of video and more than a few photos. Hopefully we can make enough memories to sustain us for two years without our Hansie. 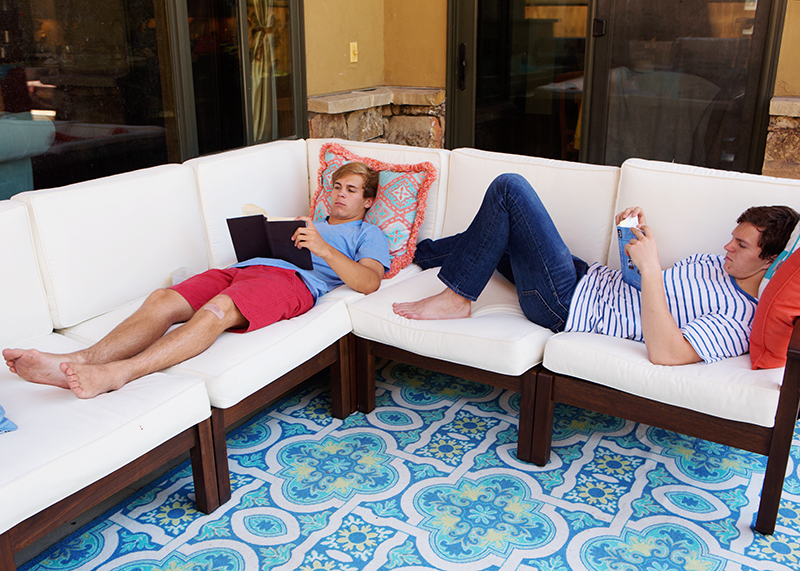 If Xander also makes the decision to leave on a mission the summer after high school we’ll only have a few days or weeks together as a family (I won’t let them overlap). We’re already trying to talk him into waiting a semester, or a year. I’m glad they changed the mission age (especially for girls) but I hope we can look at it as an option rather than an expectation. I know Hans made the right decision for him, and I know I’ll need to let Xander and Gabe and Mary make their own decisions— if Xander chooses the fast option, I’ll support him and race around to help him prepare, but if he chooses the slow boat, I’ll sigh with some relief, sit back and enjoy the scenic route.

*I mentioned before that Stefan started classes the day after returning home from his mission. Just in case you have a missionary coming home or you’re planning out your own future, here’s our assessment: it was too much. Stef took two hard classes and one fairly easy one– 8 credit hours. And since the spring term at BYU is compressed that was the equivalent of a 16 hour class load. If he could do it again, Stefan says he would just take two easy classes to make the transition time easier. Everyone says returned missionaries need to stay busy and since Stefan’s superhuman abilities are well documented we thought he’d be fine. But it was simply too much.

why your teenager might actually be happier without a smartphone

the summer 2014 video (just in time to create new adventures)