we’re off to see the Wizard…

My sister couldn’t understand my excitement when I told her Gabe made callbacks for the Scarecrow in our junior high school play. “How many boys get called back for the part? Four? We couldn’t get four boys to try out for our school play in the first place.”

Yes, well, the junior high musical is a very big deal around here. 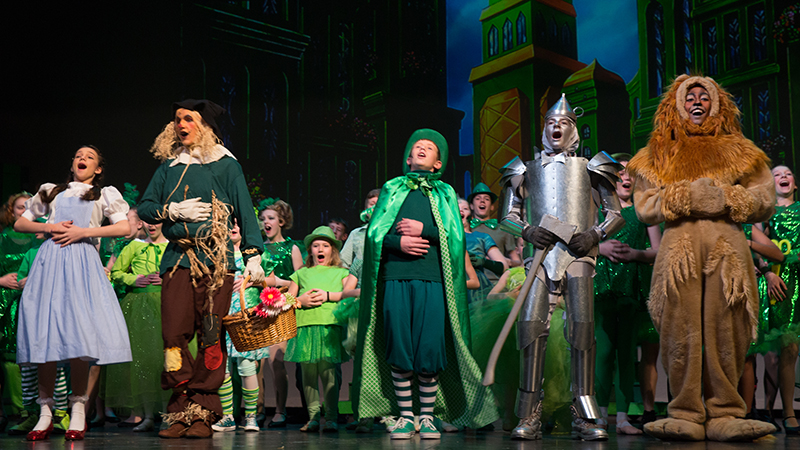 And no, Gabe didn’t get the part of Scarecrow, or any other speaking/singing part but he didn’t mind. 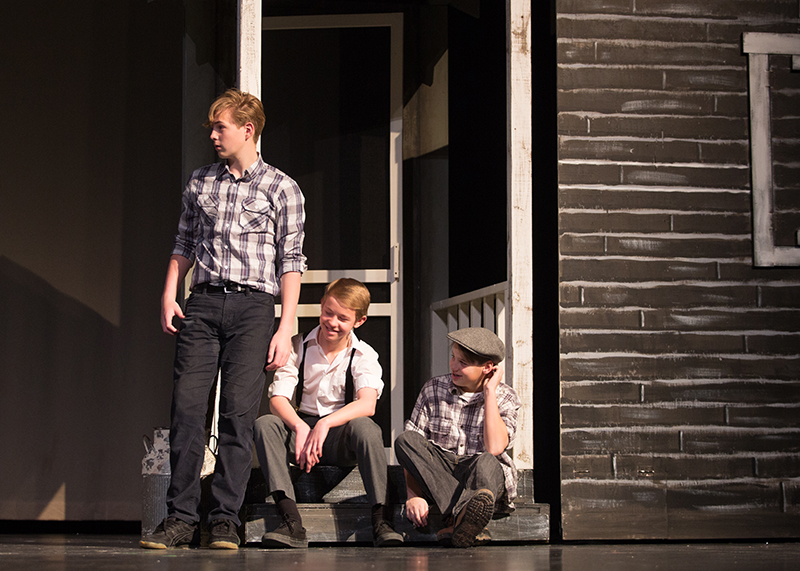 And isn’t he dashing as a farmhand? 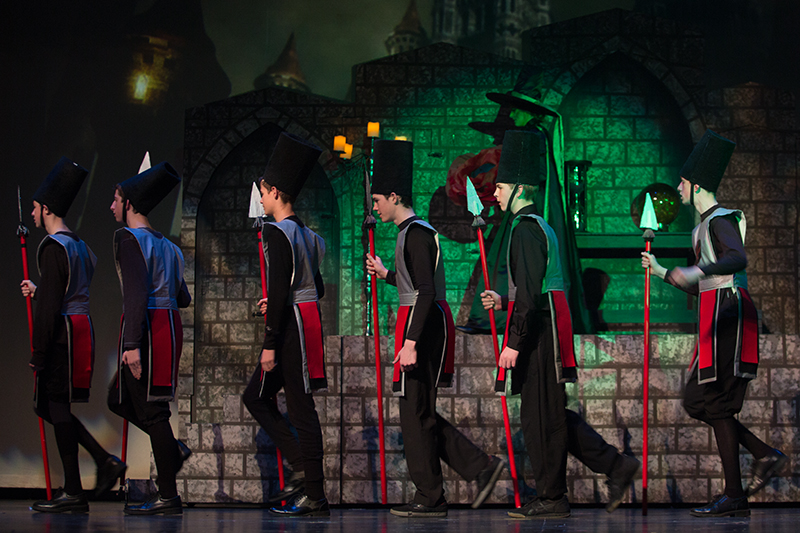 and ferocious as a member of the Winkie army? 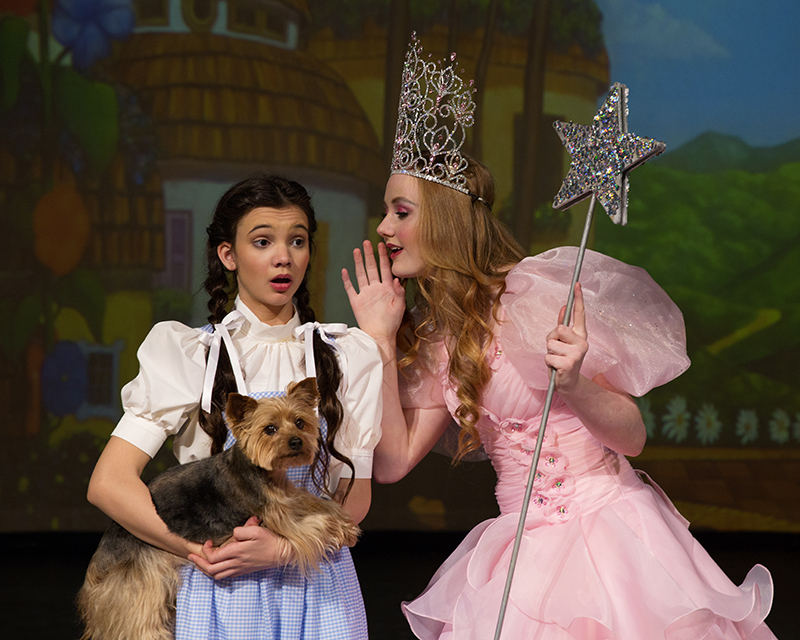 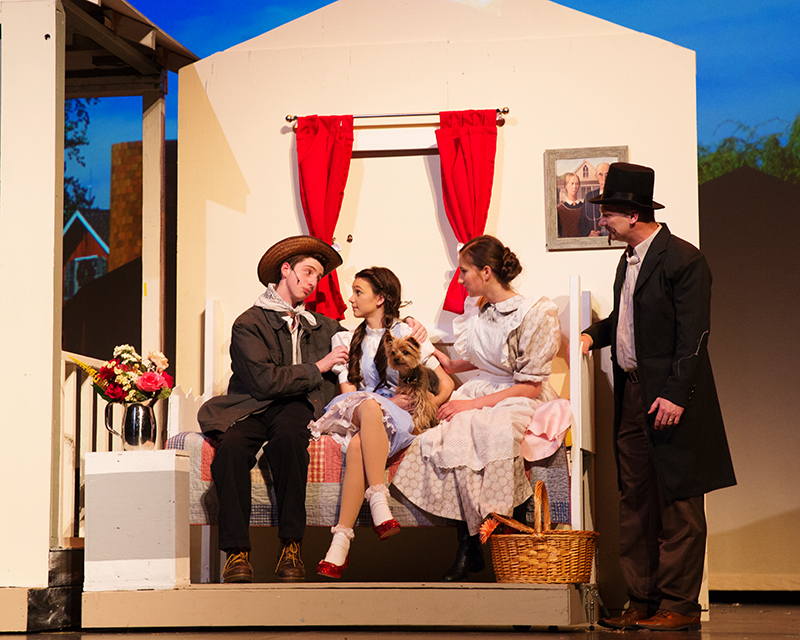 but what did the rest of us discover?

I can’t participate in something like this– watching the hundreds of hours sewing costumes, creating props, painting scenery, taking photos (my part), preparing food, managing lighting… not to mention teaching 232 kids to sing, dance and act their part– without wondering what does it all mean?

If you add up the man hours, the creativity and the money put into The Wizard of Oz  this year, I’m sure we could have built three schools in Africa. But we’re not in Africa, we’re in Salt Lake City and we’re putting on a school musical 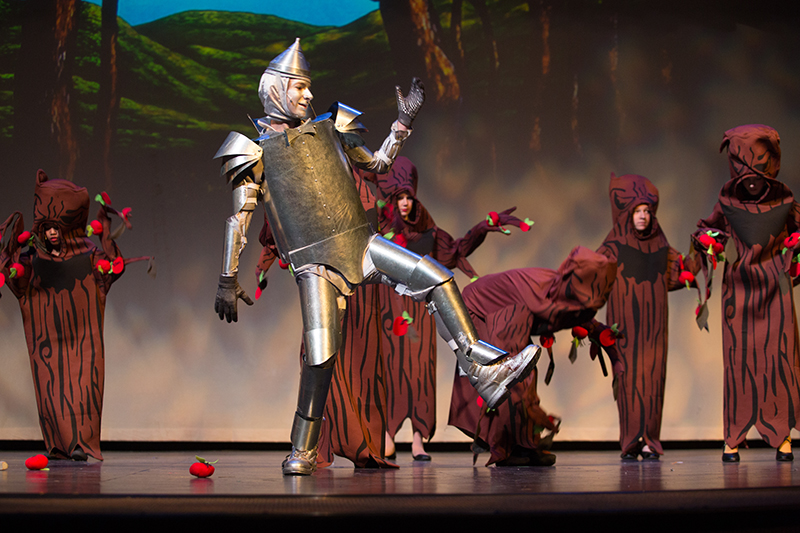 where even the trees sing and dance and throw apples, 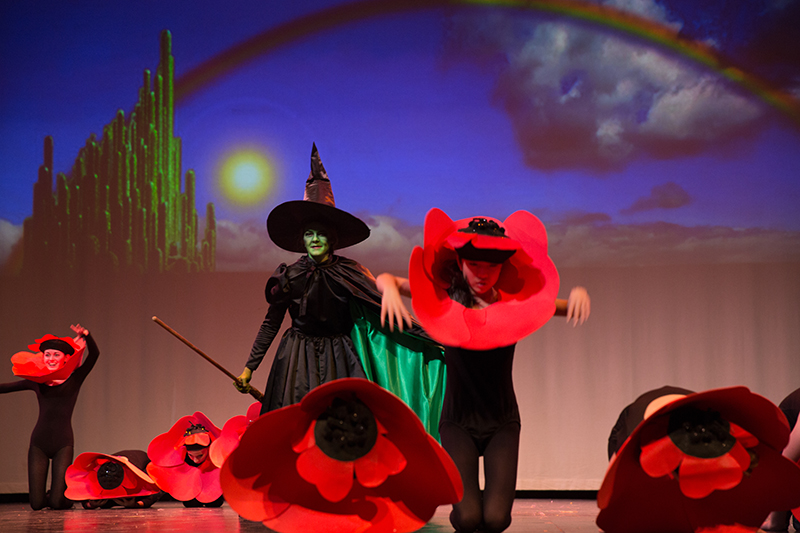 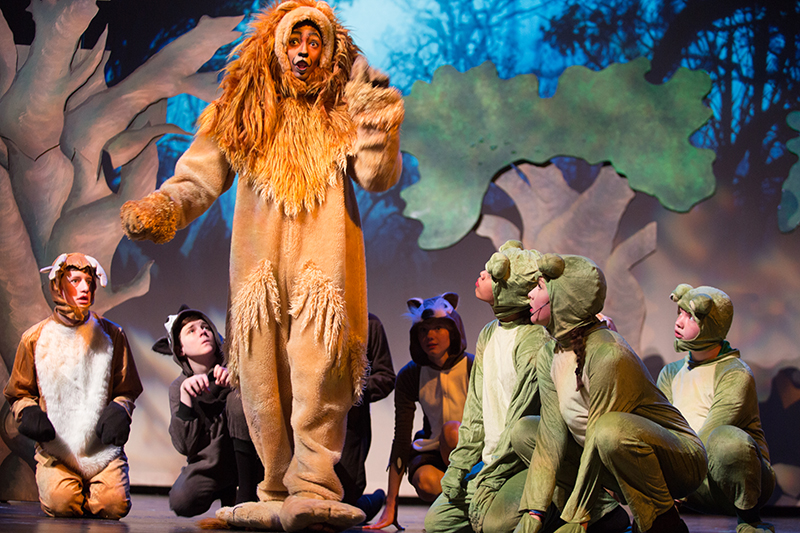 and the forest animals play with the Cowardly Lion. 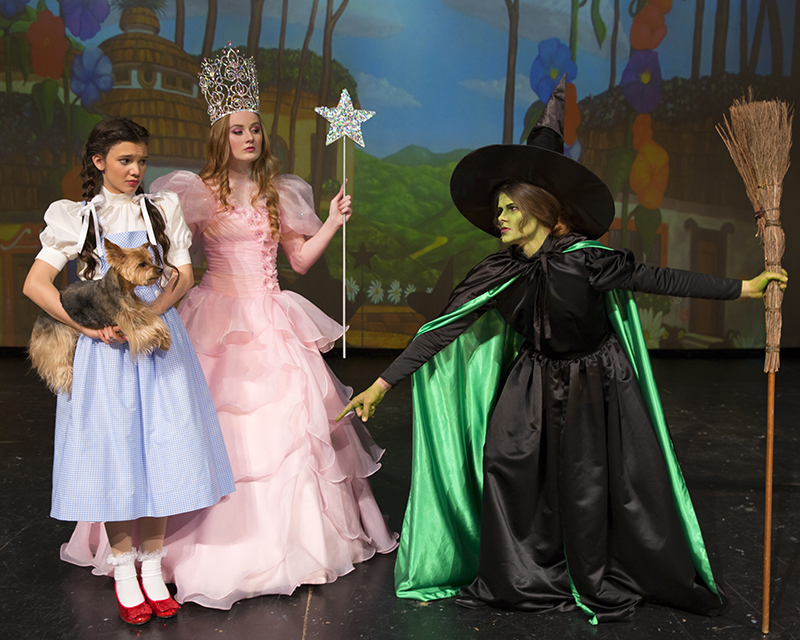 Where two beautiful girls share the part of Glinda and do it with grace and finesse– cheering each other on rather than competing. 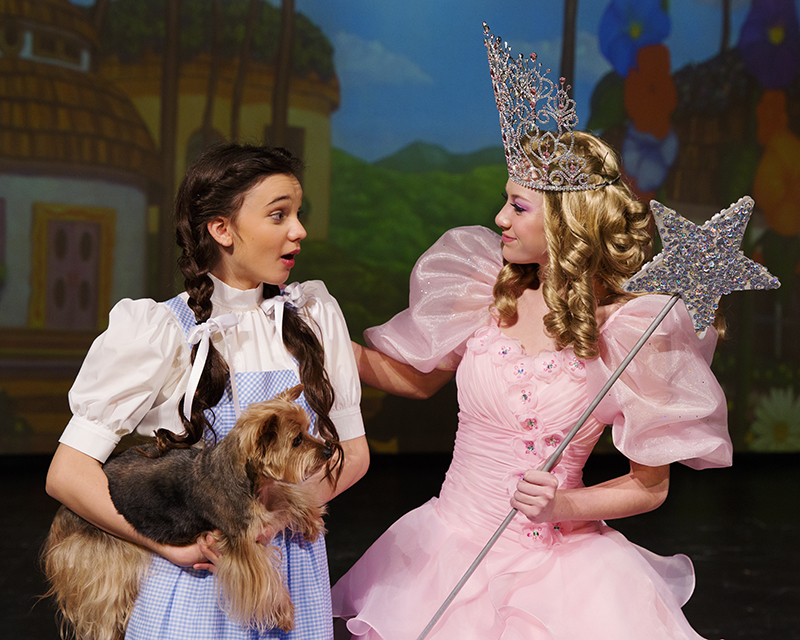 I wonder if our gorgeous Glindas know how much the little girls watched them and admired them and learned from their gracious example? 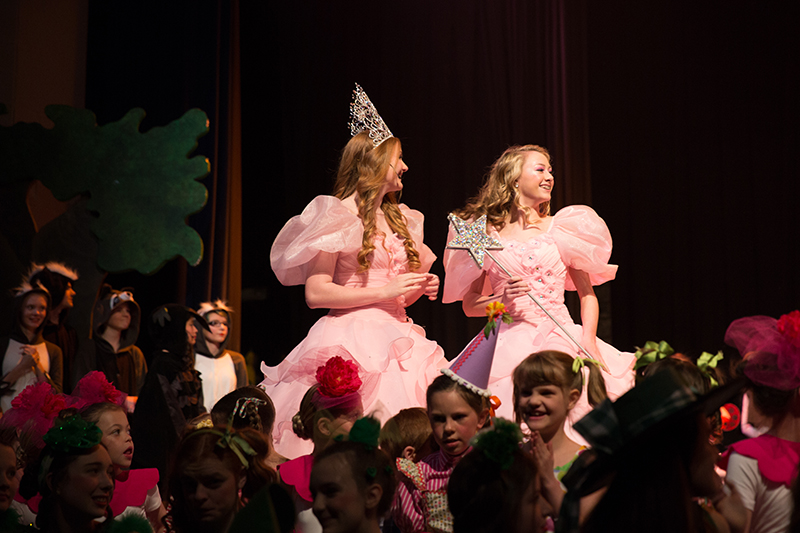 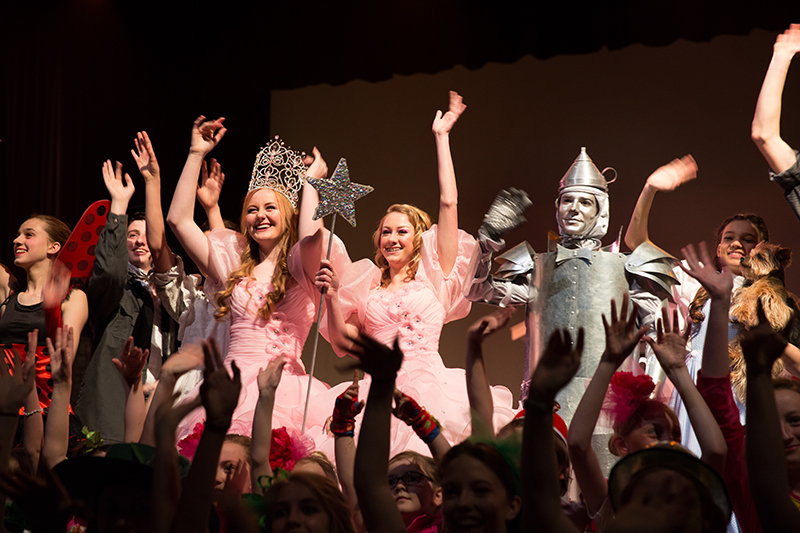 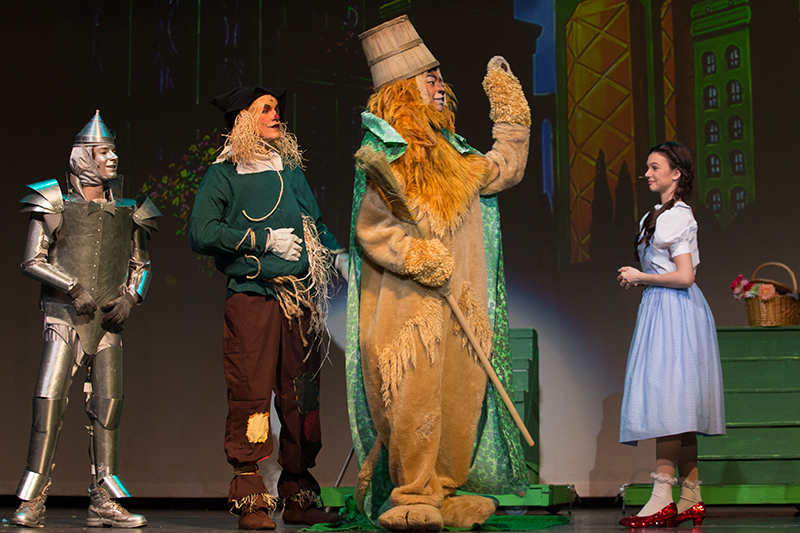 And sure, it’s fun to be a lead, but we have a wonderful director who teaches in a way where every part counts. The flowers make faces, the kids in the crowd play games, the crows and jitterbugs almost steal the scene. 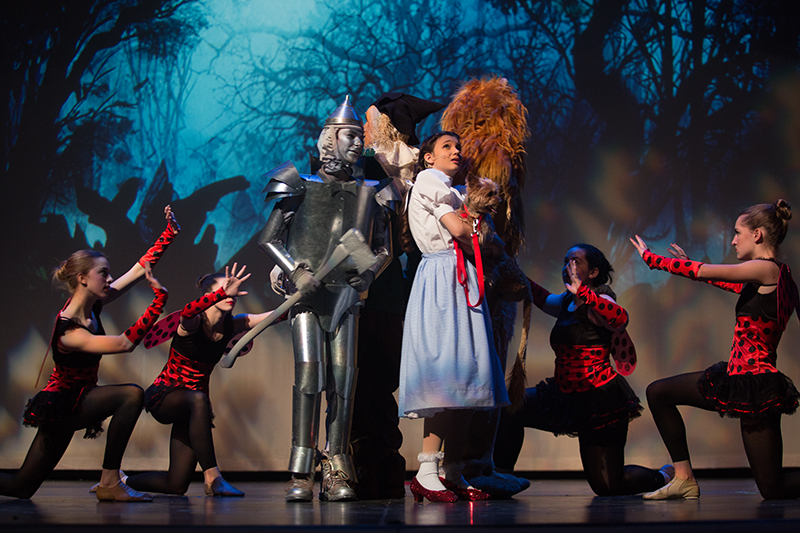 Gabe wasn’t he most enthusiastic participant during the first weeks of rehearsals, but as time went on he enjoyed pushing props with the stage crew, playing card games and singing “Hamilton” with his friends during the long hours of waiting. 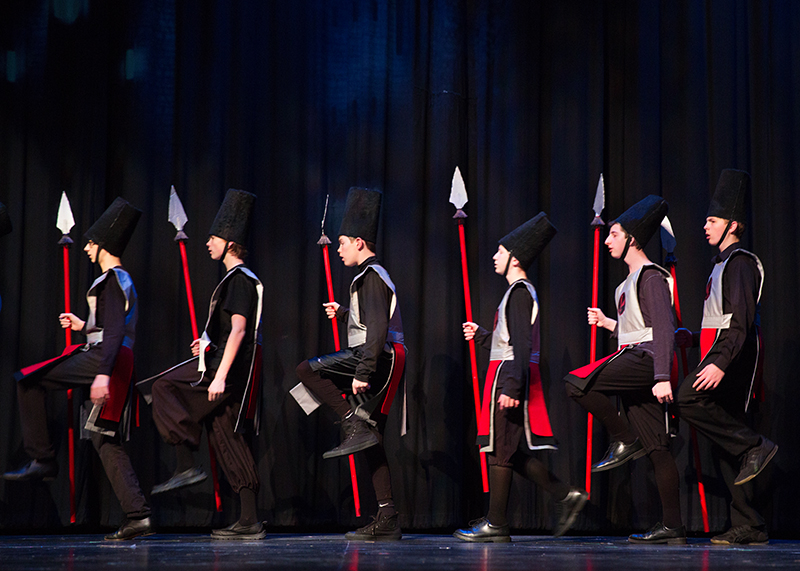 Mary loves the stage but my little introvert struggles with time in the waiting room. She made a point to befriend all the younger girls this year and was repaid with their affection. 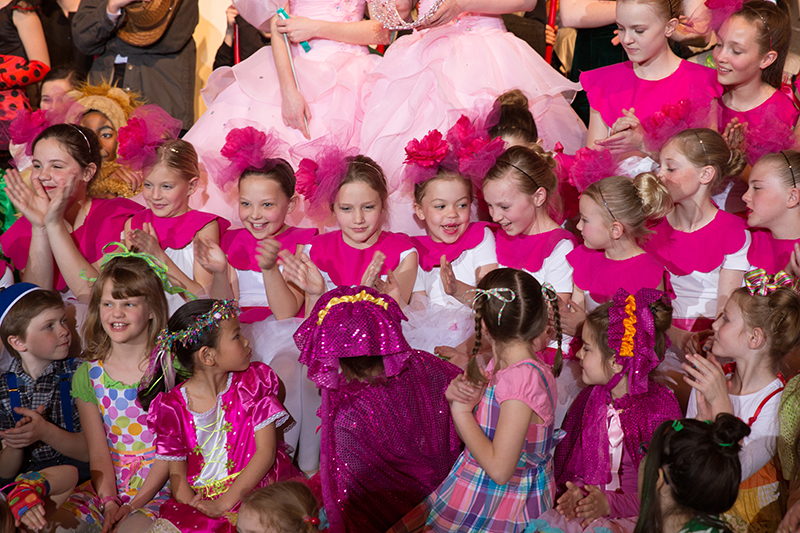 Including ‘the littles’– thirty or so elementary kids– adds a new dimension to the play. And a whole new set of parent volunteers.

Because, oh my, everyone volunteers. You might think taking photos is a lot (and doing the videos last year WAS a lot) but there are parents who come to every rehearsal, create fanciful props, sew dozens of costumes. Our friend Lisa who devotes months of her life and her darling dog when she doesn’t even have a child in the play. 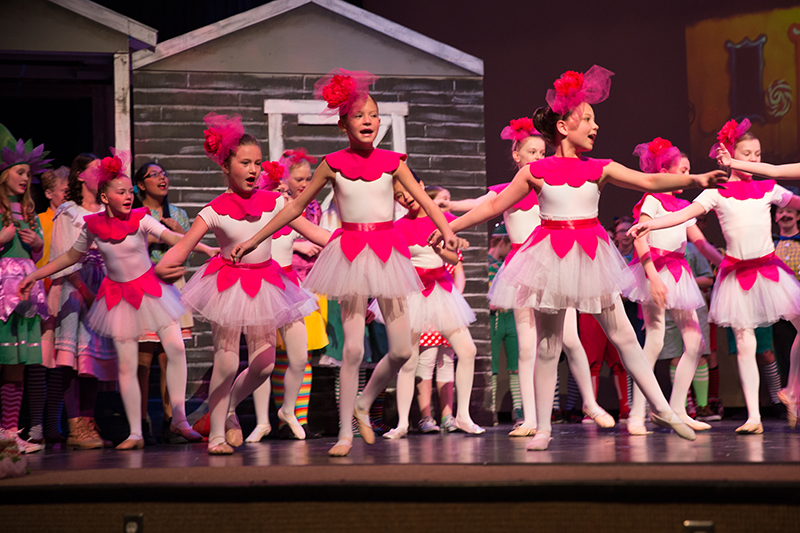 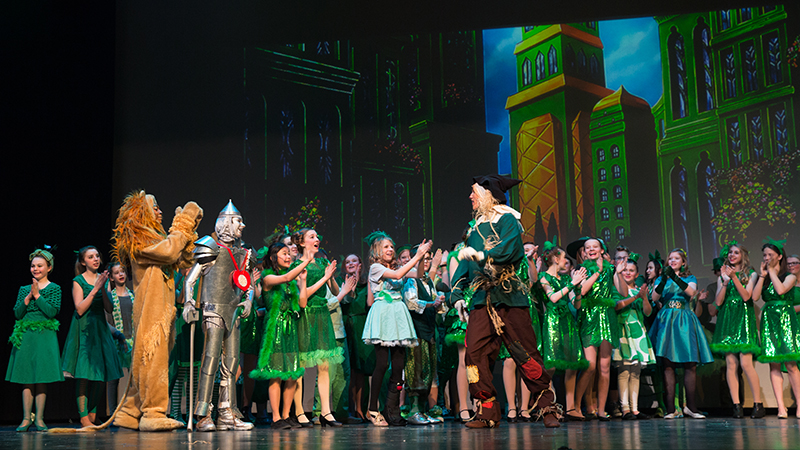 There’s something beautiful about so many people working together 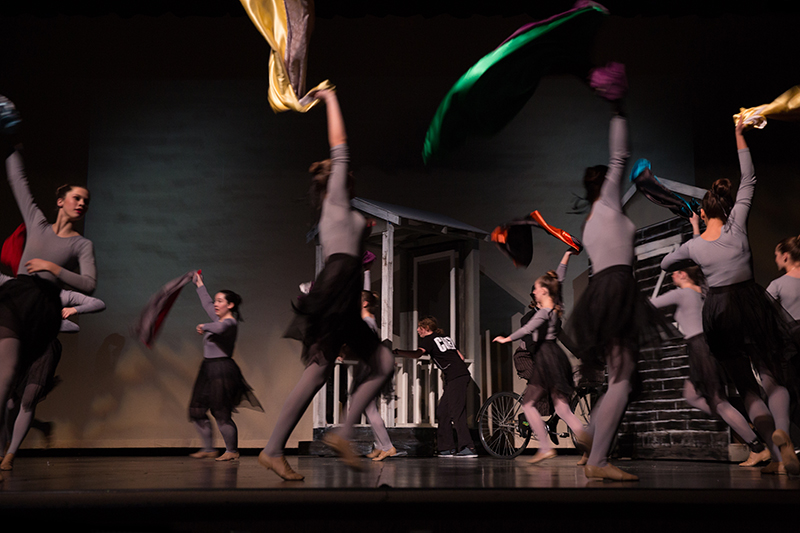 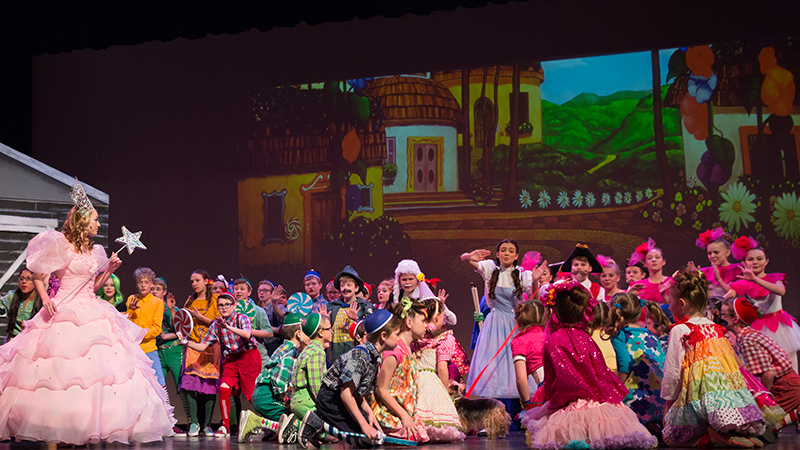 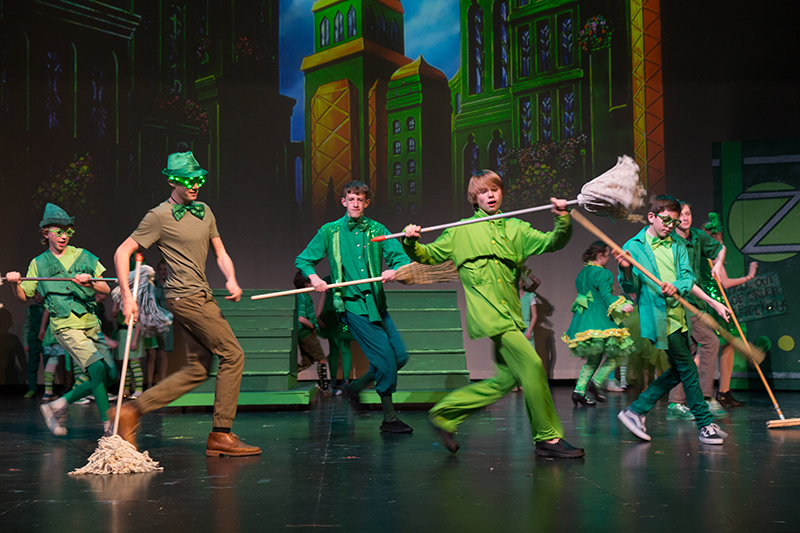 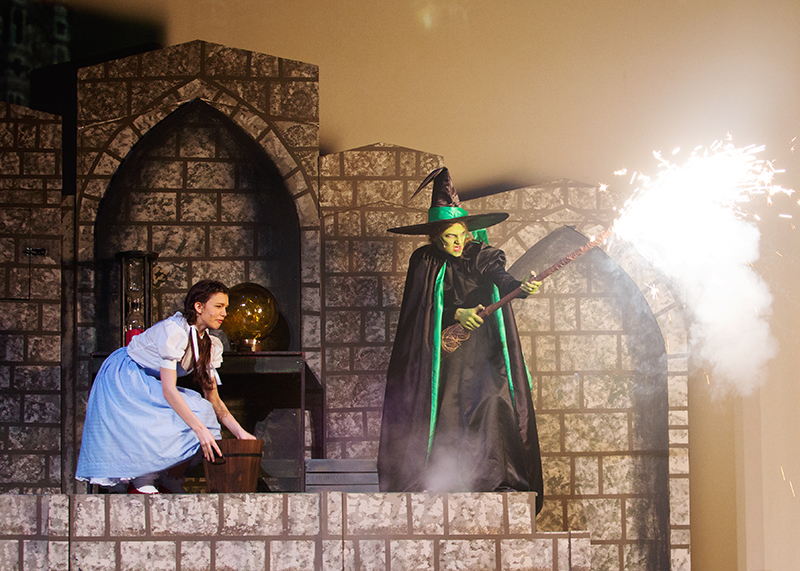 and a melting witch. 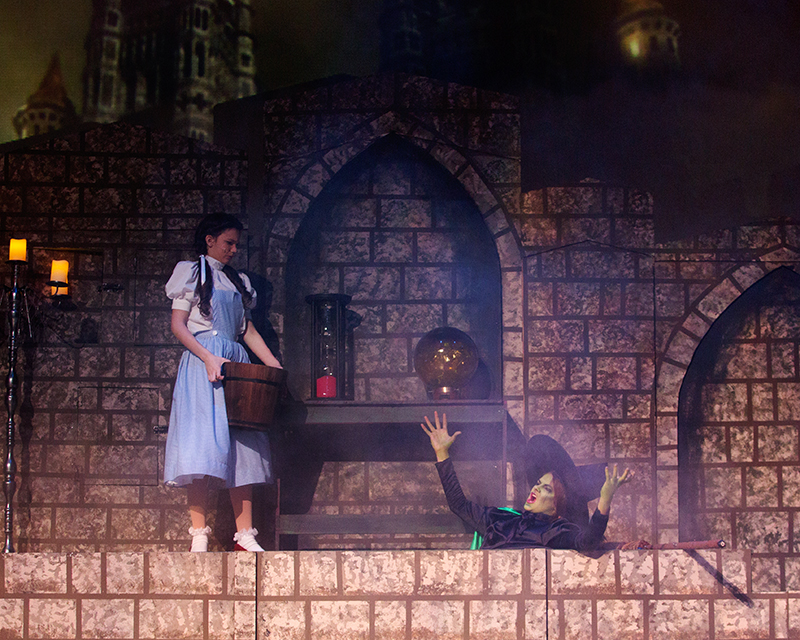 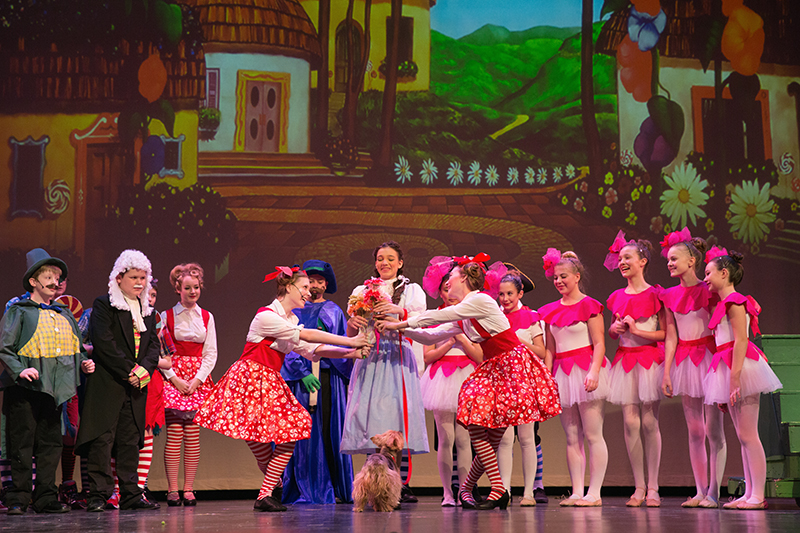 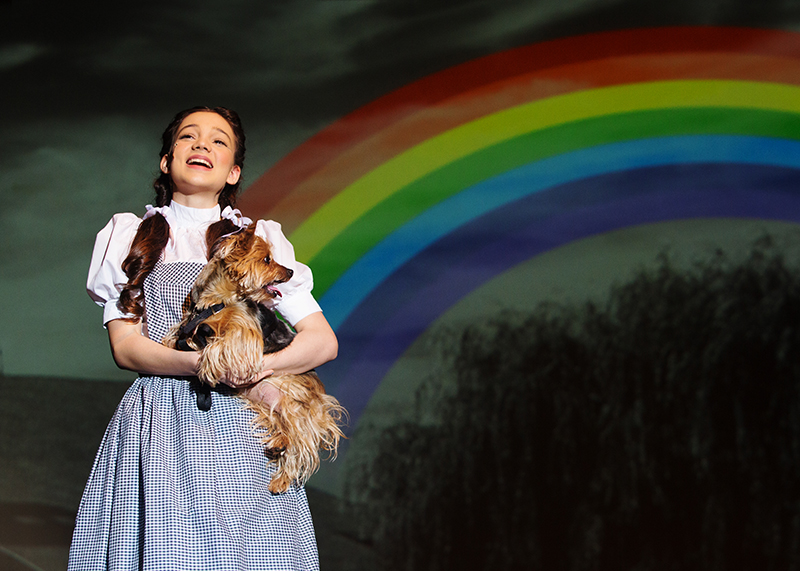 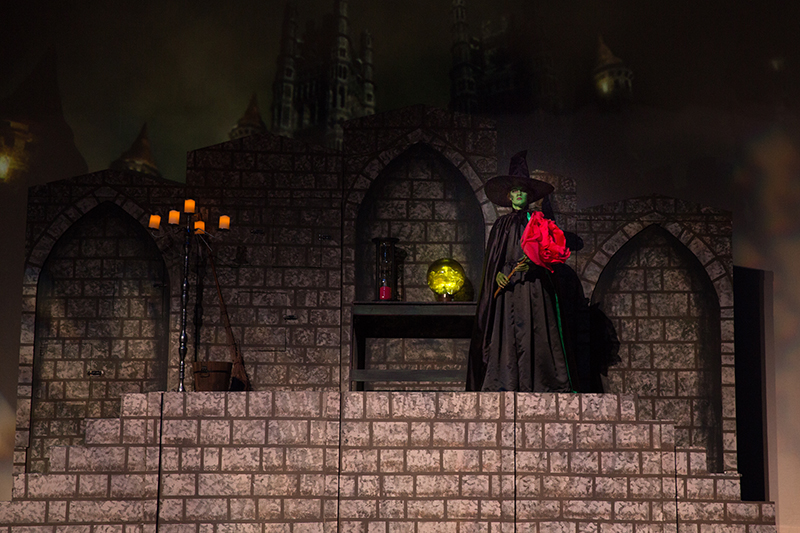 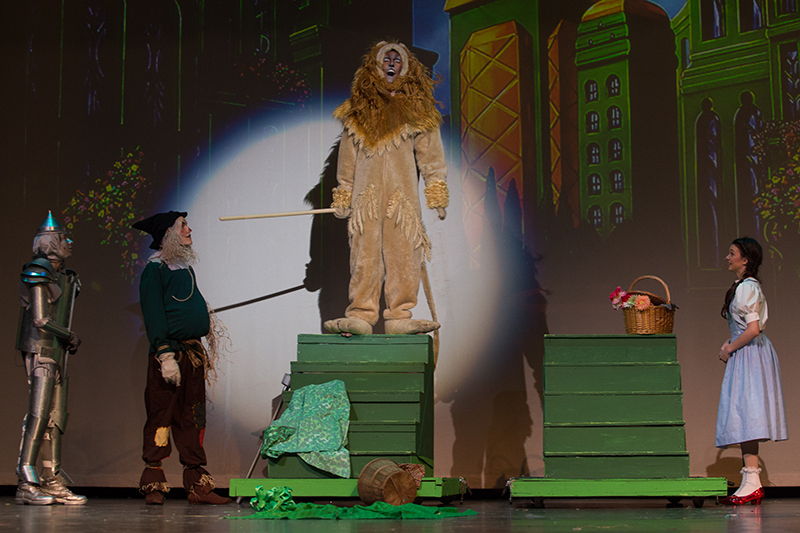 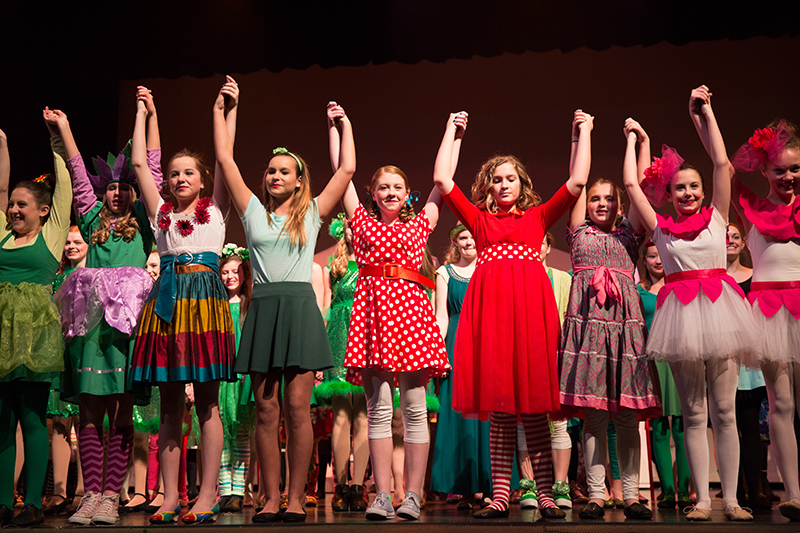