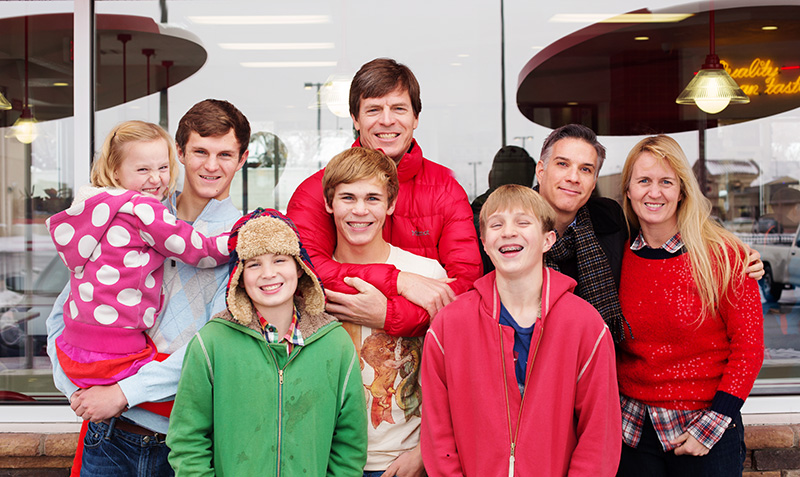 A 6 a.m. call from Dan is not unusual– he lives in New York and he knows I’m up early. His number resides near the top of my ‘Favorites’ and we talk fairly often. Dan gives the best advice, offers a ready laugh and provides me with good books and the finest chocolate. Through all our family trauma the past few years, Dan has acted as my therapist and support.  Few people have been given more challenges in life than my brother Dan, yet he’s survived and thrived with optimism and an extraordinary loving heart.

But today I’d hurt him.

While perusing my archives for a happy boost, Dan found a post I’d written about him five years ago. When he called my attention to it, I looked it up and immediately felt ill. As I skimmed the paragraphs I found hyperbole, misconceptions, lies and truths I just shouldn’t have written— I immediately deleted the post.

It hurt me to read those words; I can’t imagine how much it hurt my brother.  When the post was written I hadn’t seen or spoken to him in over twenty years and I’d been misinformed about his actions for decades.

I’m not trying to shift the blame– although I’d been fed falsehoods, I blame myself for not examining the facts. Why did I so quickly believe the worst?

What am I trying to accomplish in writing this today? I can’t set the record straight (that would take a book). I can apologize (at least a little). But maybe, I can inspire someone else to look at the ‘facts’ a little differently, and perhaps feel more compassion. Although Dan just called me this morning about my false words, the two of us have been talking for a long time about truths that need to be written. And I’d always told Dan I’d have to start my writing with “I was wrong.” I know people will read this who can’t forgive me, but please know I am trying to do better.

Abused physically and emotionally by his birth parents, Dan was sent from one foster home to another; each family changed his name. By the time he came to us at age seven, he was in his seventh home and since his current moniker was the same as my brother Michael, he was given his seventh name.

Our childhood was wild and free, full of days floating down the creek, sledding in the winter, capturing snakes in the summer, long nights playing Monopoly and long afternoons weeding the garden. Although Dan was formally adopted at age 12, sadly, I don’t think he was ever treated as ‘one of us.’ I think my parents were fed a lot of bad advice– parenting techniques focusing on ‘fixing’ a child rather than nurturing their strengths.

Leaving home at 17, Dan made his own way in the world. He found a job as a nanny in NYC and earned his GED at night school. With his excellent work ethic and quick intelligence he became a paralegal and worked for several international banks including Credit Suisse, Deutsche Bank, Bank of New York, lived in Switzerland for two years and learned German. He gathered a network of friends who adore him and created a full, rich life. More impressive though, is Dan’s heart. Rather than becoming bitter for the rejection and trials in his life, he’s developed incredible empathy for others. He believes in a loving God, he believes in forgiveness, he believes in love. It says a lot about Dan that instead of yelling at me this morning he was simply sad I could have ever believed such untruths.

I fear I’m not saying the words I want to say the most: I love my brother. My children adore him and look forward to visits, phone calls and the treats he spoils us with. He is a man of extraordinary character: he has walked through the streets of hell, rejected hatred and built a life centered on love and forgiveness.

If there’s someone you’ve lost connection with in your life, reach out, find the truth. I’m not suggesting anyone reconnect with the father or uncle who abused them (because I’m not a fan of standing in front of firing squads) but if you have a cousin or a sibling or a friend and you suspect you might not know the whole story– reach out, find out.

So much could have been different, Dan and I lost so many years together. Because of his forgiving heart we’ll make the most of the years to come.

pretty much the bees’s knees