when Grandpa gets cancer 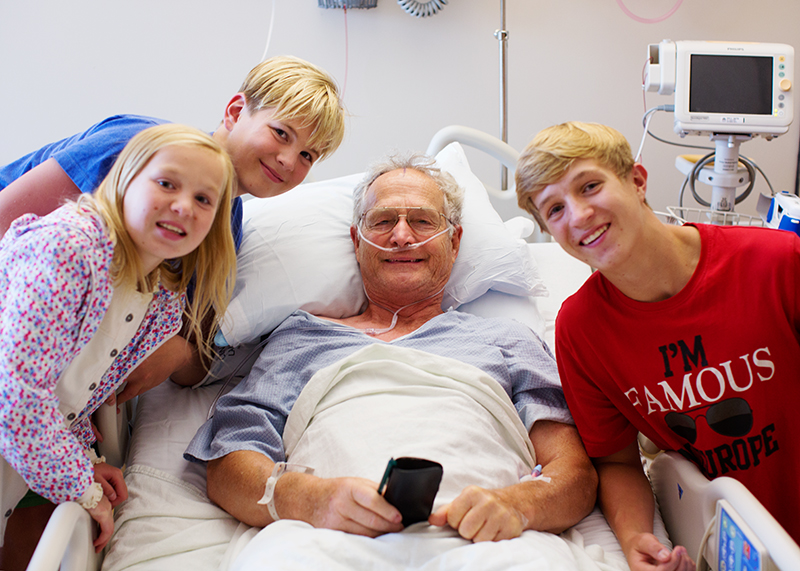 In my brother-in-law Bill’s work as an oncologist, he’s often asked by out-of-town family and friends, “When should I go visit?”

Don’t wait until someone is weakened from surgery or chemotherapy, don’t wait until you think they ‘need help,’ don’t wait for the final goodbye, if it’s someone you love– go right now. Or yesterday. 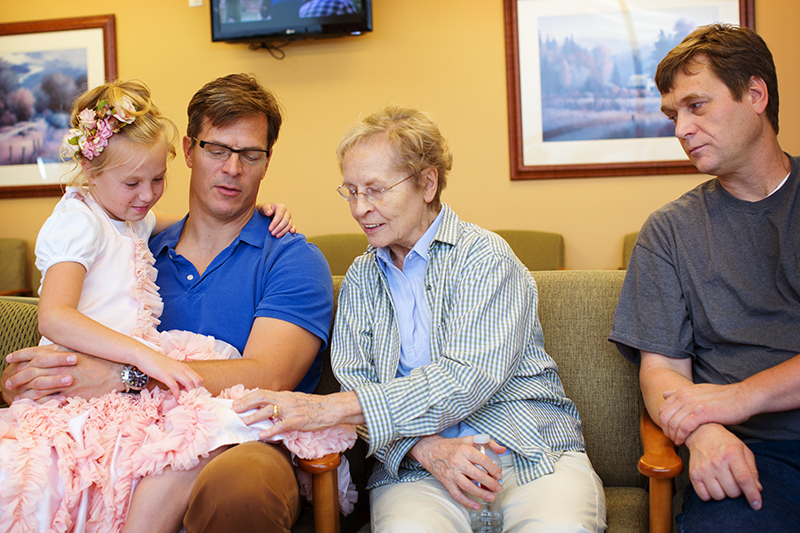 But Erik’s family didn’t need to hear that advice. When Erik’s mom called him from the emergency room Sunday night, Erik dropped everything and went to the hospital. Erik’s brother Bjorn, quit his job in Spokane and was on the first flight Monday morning. Ben drove up from BYU (probably way too fast) to assist in giving Grandpa a priesthood blessing before his surgery Monday afternoon. 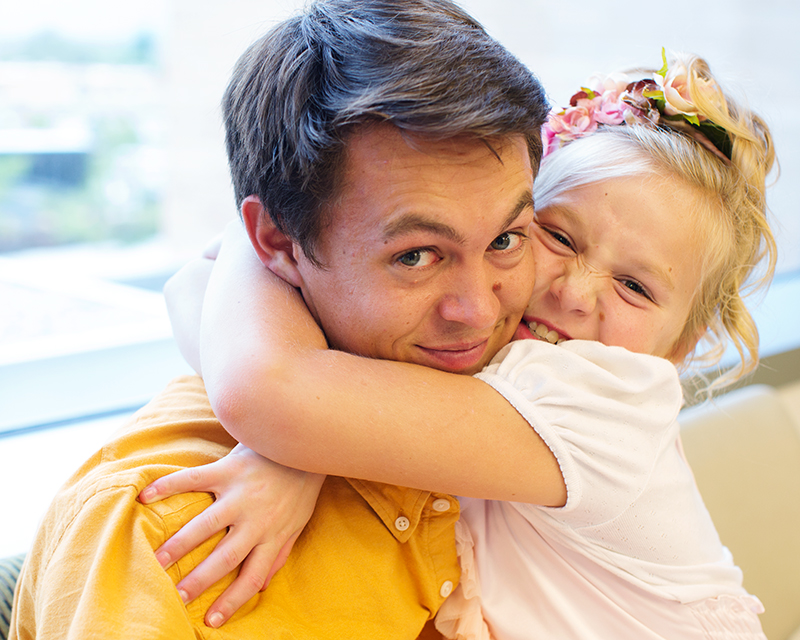 For the last few weeks, Fritz hadn’t been quite himself. We thought he was just getting old (77) or needed a hearing aid. But when he played tennis with his friend the Thursday before entering the hospital and lost 6-1, his friend said, “Fritz, there’s something seriously wrong with you.” When he had trouble driving home, Fritz blamed the car and still went to the elementary school and set up 19 tables for chess club. This is the elementary our kids attended TEN years ago. Fritz got in the habit of volunteering and never stopped.

By Sunday, even Fritz agreed something was seriously wrong. His left leg wasn’t working and his head began to pound– he thought he was having a stroke. 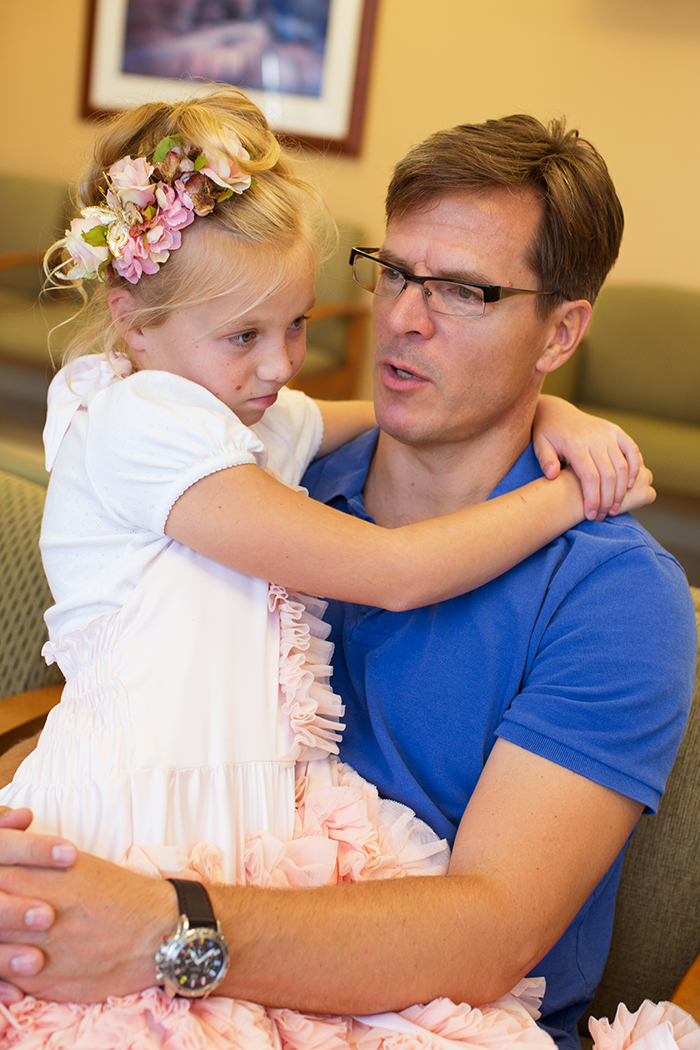 and I have never seen Erik cry as much as he did for the next twenty-four hours.

He sobbed and sobbed for this good, sweet, man among men and for the fear of losing him.

And Fritz, always cheerful, always optimistic, cried too. The tumor rested on the motor skills portion of his brain. He’s not ready to lose the use of his arms and legs, he’s not ready to stop playing with the grandchildren he dearly loves. None of us are ready for him to leave.

Just the week before we’d talked about ski passes with Fritz. We were buying passes to Alta because they have such a good deal for kids and Fritz was buying a pass to Brighton since they have the best prices for the 65+ set. “It’s silly,” I said, “you need to ski with us.” Erik paid the difference in cost so we could all ski together.

At the hospital Sunday night Fritz said to Erik, “Now don’t you regret buying me that pass?” And that’s when Erik began to cry and couldn’t stop. 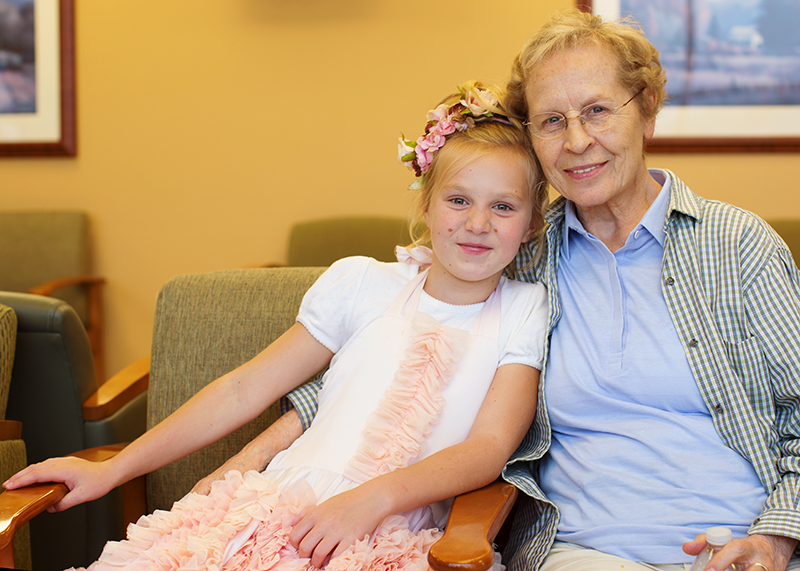 By Monday afternoon, Fritz was being prepped for a biopsy. Some biopsies are simple. But not when they’re drilling into your skull. 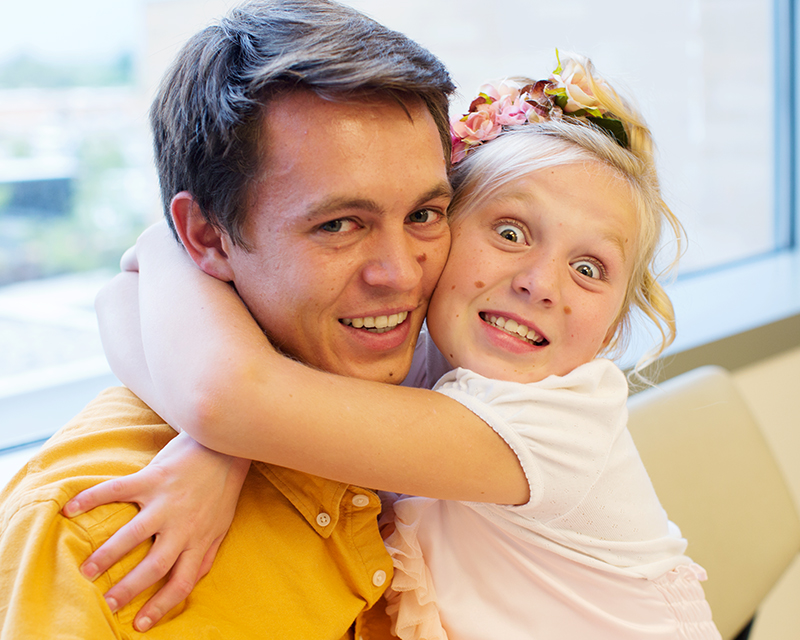 I brought Mary to the hospital on the way to the fairy festival because she brings light and joy into any room, but you can’t expect a child to sit in a surgical waiting room for hours on end.

By late Monday evening, we had good news. The surgeon removed the entire tumor, it hadn’t invaded the surrounding tissue and despite a massive headache, Fritz was thinking clearer than he had in weeks. 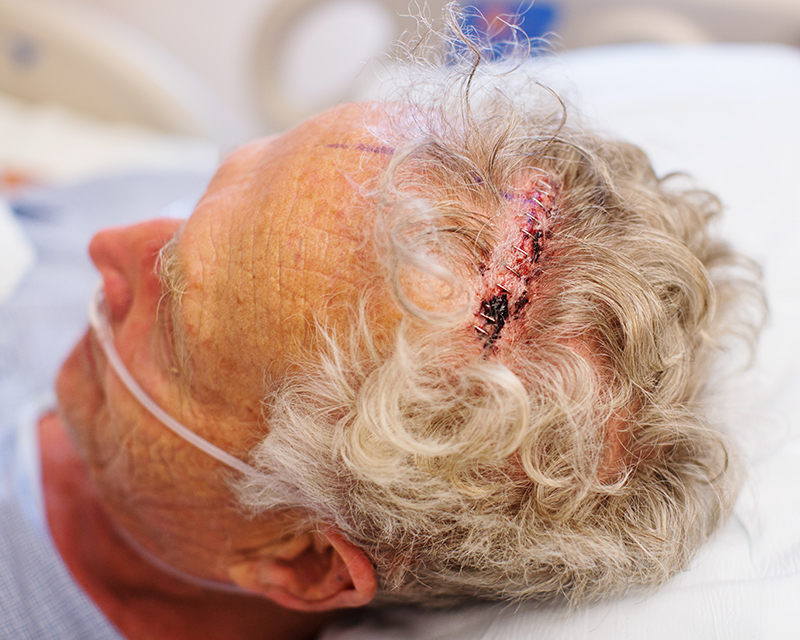 And they let him keep most of his hair, which is good too.

We all know he has rough weeks ahead. The pathology report came back with a diagnosis of lymphoma– but until he has more tests and then a few more, we just have a line of question marks. 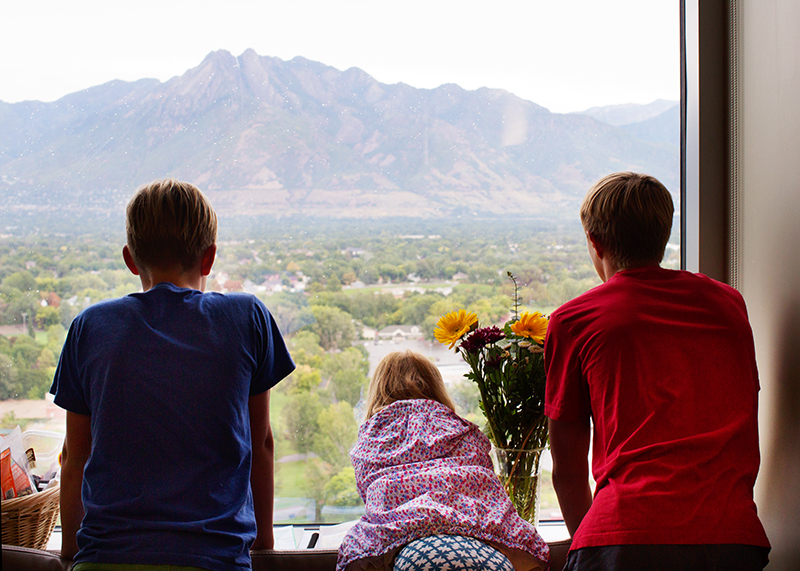 And we’re worried, but we’re not letting that worry steal today’s joy. Fritz is a man who lived through Nazi Germany, Soviet occupation, emigrating to the U.S. as a fifteen year old with only his 16 year old brother as a mentor. And when he tells you about those things he always has a funny story: eating rotten liverwurst even when he knew he shouldn’t, the way his father escaped arrest (multiple times), fixing a piece of tape down the center of the room when he and his brother lived alone in Salt Lake City for three years (stay on your own side!), riding his bike uphill to East High every day, only to graduate and spot West High behind his apartment building. 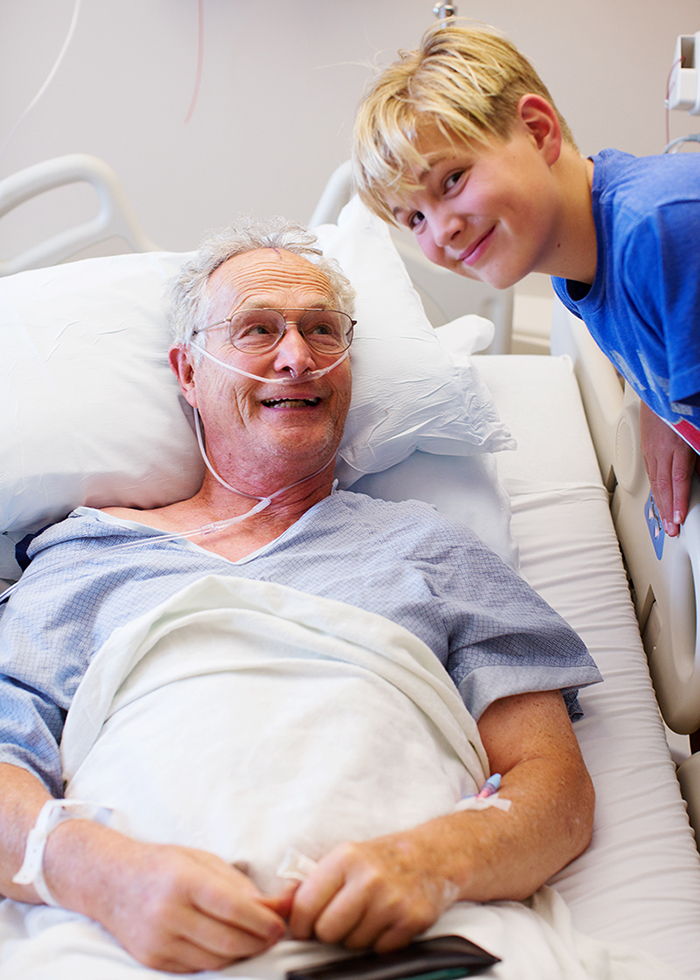 Interestingly, that same Thursday Fritz lost his tennis game, Gabriel had his middle name legally changed to Karl Paul in honor of Grandpa Fritz. A few years ago, Gabe asked Fritz his middle name and Fritz replied, “Fritz Ka-Pow Lehnardt!” Gabe didn’t like his own middle name thought Ka-Pow! was about the coolest thing he’d ever heard. And so he changed it on his own– school papers, church documents etc. For his 12th birthday he begged me make it legal. It’s the name I should’ve given him the day he was born. 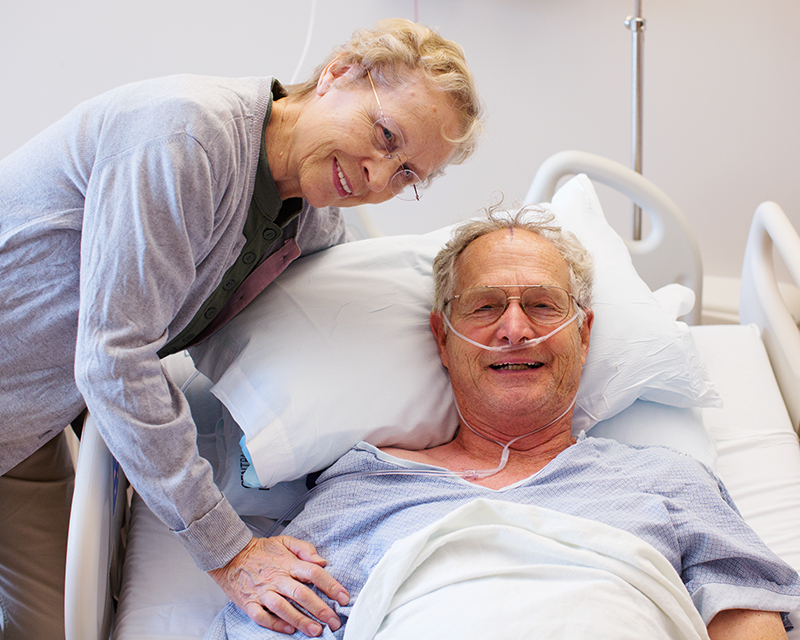 Fritz is healthy, cheerful and surrounded by people who love him– all advantages when fighting cancer. But we also know many happy and healthy people who were taken too soon. I don’t really like talk that implies cancer only takes the weak or unkind– it takes children who want to play in the sun, mothers with a houseful of children to love, daughters who want to go to high school, brothers who wanted to go on a mission, men of God who quietly spread goodness wherever they go.

And we’re not going to start valuing him more– because we already do. In recent years we’ve shared more hugs, laughter and honest conversations. Every time Ben visits us, he stops at Fritz and Maria’s on the way back to Provo just to hear their stories. At 77 and 80 we know their days are numbered– let’s just hope a few of those are ski days.